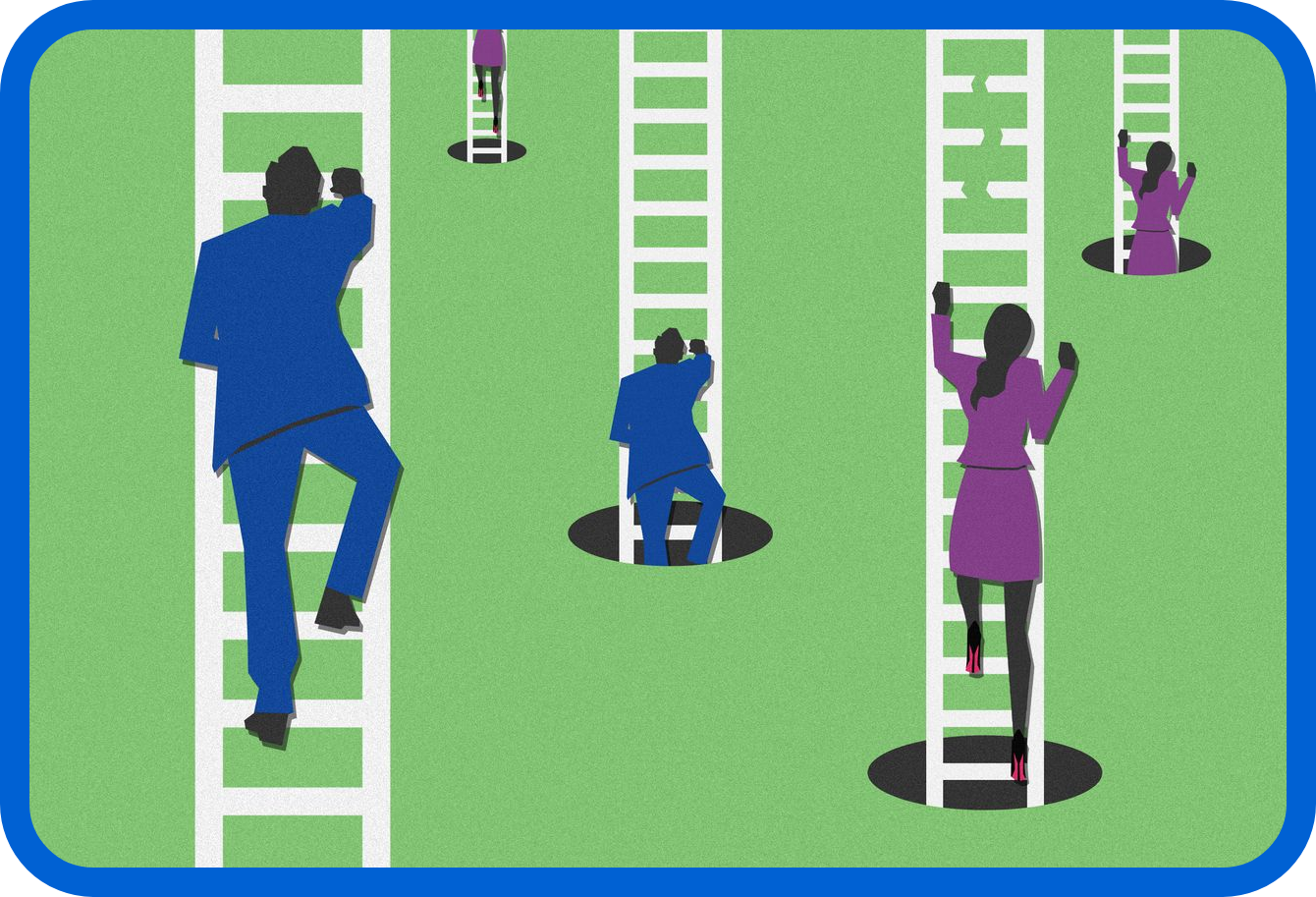 S&P 500 stocks are cheaper than they were a year ago.

It could truly turn out to be a happy new year for investors who are capitalising on the roaring bull market in U.S. stocks in 2022, thanks to lower valuations catalysed by an expanding economy and ultralow interest rates.

The S&P 500 rose 27% in 2021, capping a third consecutive year of double-digit gains. However, right now, stocks are cheaper than they were a year ago. The S&P is trading at 21 times analysts’ projected earnings over the next 12 months, down from 22.8 times at the end of 2020.

Technology stocks in the S&P 500, on the other hand, are currently trading around their highest levels in nearly a decade – at 28 times.

Meanwhile, investors are looking at energy and financial stocks as relative bargains. Solid earnings growth helped to control valuations, even though prices have mostly risen in these sectors.

The energy sector of the S&P 500, for one, is trading at 11 times earnings, below-average multiples. With analysts predicting 26% profit growth for the sector in 2022, energy stocks appear to have more latitude after the sector’s 48% return in 2021.

Financials, on the other hand, are trading at nearly 15 times forward earnings. With rates as low as they have been, these stocks appear reasonably priced. However, several rounds of rate hikes have the potential to dramatically improve financial stocks’ fortunes and profitability around loans. That is only as long as the economic environment remains robust enough to support a recovery in lending activity, some analysts added.

U.S. stocks finished their final trading session of the year lower, capping off a record-setting 2021 that came despite the persistent headwinds of COVID-19.

Tesla drives away with a new delivery record

Shrugging off shortages, Tesla (TSLA) delivered 308,600 electric vehicles in the fourth quarter of 2021, beating its previous single-quarter record as well as analysts’ expectations. The automaker accelerated its production, creating over 305,840 fully electric vehicles in all during the same period.

According to a consensus compiled by FactSet, Wall Street analysts had anticipated Tesla deliveries of 267,000 in the fourth quarter and 897,000 for all of 2021.

Tesla’s October-December deliveries were up about 70% from a year earlier and nearly 30% higher from record deliveries the preceding quarter.

Tesla ramped up production in China for domestic sales and exports to Europe and other countries even though competition rose and regulatory pressure mounted following consumer complaints over product safety.

Should you drive away with Tesla stock?

Tesla may be dominating the electric-vehicle market, but its stock is trading at extremely elevated multiples.

Wall Street analysts however remain bullish about Tesla’s outlook – and with good reason.

Tesla produced 305,840 in the fourth quarter out of its two primary plants, in California and Texas, putting run-rate annual capacity at more than 1.2 million units from those two assembly plants. Early in 2022, Tesla will be starting up two more assembly facilities – one in Austin, Texas, and the other near Berlin, Germany.

Tesla and Musk, however, have been criticized by safety experts for promoting autopilot and a more advanced package of services, called “Full Self-Driving”, as self-driving systems. The company has allowed some owners to take to public roads to test Full Self-Driving, which Tesla has said cannot in fact drive its cars on its own despite its name.

Typically for Tesla, strong deliveries lead to strong stock performance for the period between reporting deliveries and reporting earnings. Tesla stock has outperformed the S&P 500 in seven of the past nine periods between delivery results and financial results.

That said, Tesla stock is currently not a strong buy.

Biogen (BIIB) stock dived by 8% on Thursday after Samsung said it wasn’t aiming to buy the neuroscience-focused biotech company. Biogen’s shares had shot up 9.5% on Wednesday after a Korean daily reported that Samsung Group was in negotiations to acquire the drugmaker.

However, on Thursday, Samsung’s biotech division, Samsung Biologics, disputed the report in a filing in South Korea, calling it “not true,” according to a translated version.

Biogen stock fell by as much as 8.2% to $237.15 on Thursday and then pulled back the decline to 7.4%. The drop pushed the company’s year-to-date performance into the red, down by nearly 3%.

Earlier this year, shares had been up about 70% after the U.S. FDA approved Aduhelm, Biogen’s controversial Alzheimer’s therapy, in June.

FYI, Biogen specialises in restorative therapies that help treat patients with neurological and neurodegenerative diseases. It has developed the only treatment for spinal muscular atrophy approved in the United States. The company is also putting in major research efforts into neurodegenerative diseases like Alzheimer’s, Parkinson’s, and amyotrophic lateral sclerosis (ALS), and is focused on discovering breakthroughs in gene therapy.

Could Biogen be a healthy addition to your portfolio?

True, the company is a less risky stock now than it has been in recent years, but the stock has been under considerable pressure this year. Sales for Biogen’s multiple sclerosis franchise are declining, but it could have a big winner with Alzheimer’s disease drug Aduhelm, having won U.S. approval for it – the first Alzheimer’s drug that aims to correct an underlying cause of the disease.

However, the approval was accelerated and is contingent upon additional testing. The company also recently slashed the price tag on the drug by half. Biogen stock also fell after the European Medicines Agency adopted a negative opinion of the drug.

That said, there were 740 instances in the last 10 years when Biogen stock saw a trailing 21-day rise of 4.5% or more. Data shows that 377 of those instances resulted in BIIB stock rising over the subsequent one-month period (21 trading days). This historical pattern reflects 377 out of 740, or about 51% chance of rise in Biogen stock over the next month

Shares of Victoria’s Secret (VSCO) soared Wednesday after the lingerie seller said it plans to buy back $250 million of its own shares and reported strong sales growth during the holidays. Shares rose by as much as 15% on the news.

The company said it would purchase its stock through an accelerated share repurchase program with Goldman Sachs. Victoria’s Secret will receive 4.1 million shares on Dec. 31, and the company said the program would close by the end of the first quarter of 2022.

Victoria’s Secret has been working to turn around its image, relying less on supermodels in ads and including more models with diverse body shapes. The company has also made other changes, bringing back its swimwear business and selling maternity bras and shapewear.

The lingerie retailer recently split from its parent company and is trying to stage a comeback by reducing its emphasis on sexy models, adding more body-inclusive mannequins and expanding into categories like maternity – a move that appears to be working in its favour.

While the 2020 store closures caused quarterly revenue overall to drop 7% relative to Q1 2019 at $1.55 billion, direct channel sales skyrocketed 44% compared to 2019 and 69% from 2020. With Victoria’s Secret even leaner now, there seems little reason to think these positive trends won’t continue and strengthen.

The company also reaffirmed its forecast for the fiscal fourth quarter, saying sales would be in the range of up to 3% versus the year-ago period.

Rather than simply being about the products, Victoria’s Secret has expanded its product range to appeal to a whole political culture. It now sells “athleisure” clothing, fragrances, and so on, with the objective of women’s empowerment –  a strategy likely to reap significant benefits for its top and bottom lines.

Victoria’s Secret’s turnaround as an independent company; and its political, cultural, and idea-based appeal to a significant customer demographic gives it a solid base of demand into the future.

Investor and Wall Street bullishness appears likely to be justified, and this looks like one of the more promising apparel stocks or consumer discretionary stocks going forward.