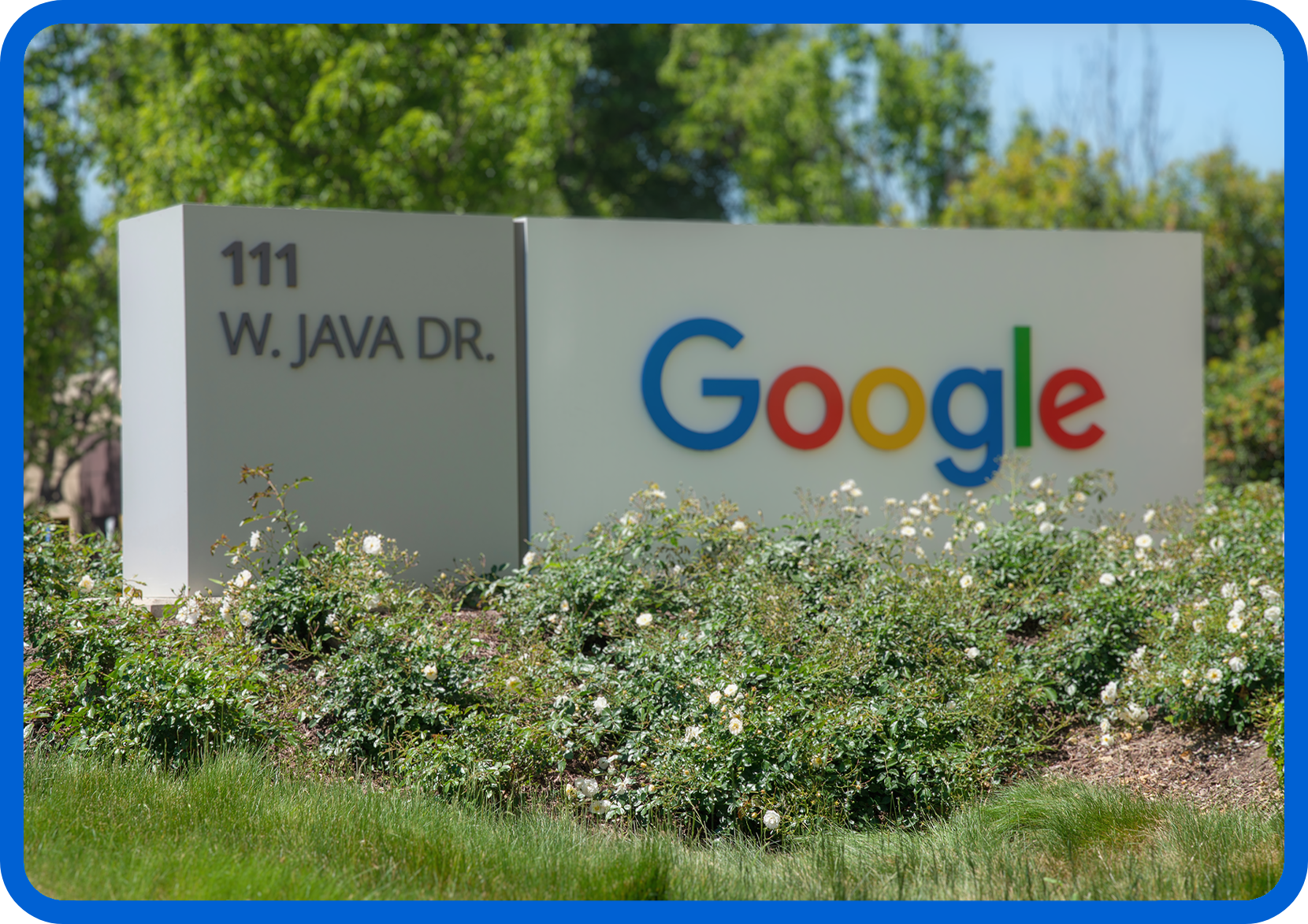 cat
How to Invest in Google Shares from India? [Complete Guide]
August 9 2022

Google tops most listicles on stocks to invest in. We Indians always feel left out and wonder how to invest in Google shares from India? And why wouldn’t we want to, right? Google has always been synonymous with a web search. The company, however,  is a lot more than that. Gmail, Google Drive, Pixel Phones, Maps, and, for many of us, YouTube are just a few of the programmes and technologies that many customers use daily. The market now refers to Alphabet as Google’s parent company, which owns companies such as Google, YouTube, Android, FitBit, and others.

Google quickly became a Wall Street darling after becoming public. On its first day of trade, its market value climbed by $27.2 billion, making it more valuable than Ford and General Motors. Alphabet’s revenue for the fiscal year ending March 31, 2022, was $270.334 billion, a 37.45% increase over the previous year.

Investing in American companies such as Google has always been lucrative. The stock market in the United States is the largest in the world! The US stock markets accounted for almost 60%  of worldwide stock market value as of January 2022. With a market value of more than $25 trillion as of June  2022, the New York Stock Exchange, or NYSE, is the world’s largest stock exchange. The US stock exchange is home to some of the world’s most powerful companies, like Facebook (now Meta), Apple, Amazon, Netflix and Google (FAANG).

What if we told you investment in Google is possible from India? Let us look at Google’s performance over the years as well as see how you can invest in Google shares from India.

How did Google grow beyond a search engine to Adsense, YouTube and more?

You probably could have stumbled upon this article by running a free simple Google search on how to invest in Google shares from India? This gives you instant access to this page and many different websites worldwide. Google has been the most popular website on the internet and the clear market leader in online search. Google has greatly influenced culture and society over the last 20 years, influencing how we obtain information and interact. But, if Google is free for ordinary people like you and me, how does it make money?

Google’s revenue is derived chiefly from advertising as an internet search engine. If you want your website or webpage to feature on the top, then you will have to pay Google a certain amount to feature it. Customers use its platform for free because of the millions of questions made daily, and it uses algorithms to link adverts with search results. In contrast, Google has diverse income sources, including cloud-based services, hardware, the Playstore, and premium content on YouTube.

Google reorganised its services under the umbrella of its parent company, Alphabet, in 2015. In 2004, the firm was listed on the Nasdaq under the symbol $GOOGL. So let’s understand how Google evolved beyond a search engine and how its revenue is divided among its various products and services.

Google is partly an ad firm, and you, the user, are its most valuable asset. Google’s primary revenue generator is a pair of advertising services known as Ads and AdSense. Advertisers use Ads to submit advertisements to Google that comprise a list of keywords related to a product, service, or business. When a user searches for one or more such keywords, the ad appears on the search engine results page. Every time someone clicks on the ad and is directed to the advertiser’s website, the advertiser pays Google.

AdSense is similar; however, instead of displaying ads on a Google SERP (Search Engine Result Page), a webmaster can embed ads within their site. Google spiders explore and analyse the site’s content. Google then chooses advertisements that include terms related to the webmaster’s site. Webmasters have the ability to change the kind and position of Google adverts. When a user clicks on an ad on the site, the site receives a piece of the ad income (and Google gets the rest). Google Analytics, an advanced internet traffic tracking tool, helps website owners identify who their visitors are and what they want from their sites.

Google remains the leading search engine with 92% of the market share. Google has phenomenally leveraged its market position, which translates into its revenue. Google’s increase in ad income year over year underscores the company’s appeal as an ad platform.

This is a net statistic that includes Google advertising shown on computers, laptops, smartphones, tablets, and other devices, as well as various ad formats seen on Google-owned YouTube. Google’s ad income is expected to climb 10.5 %  over the previous year in 2022, and it is also expected to reach this $60 billion mark for the first time.

Nowadays, it is nearly impossible to think of internet videos without YouTube. However, 17 years ago, the largest video platform on the internet simply did not exist. From its inception in 2005 to the current day, the site has ushered in a new era in how we consume material on the internet.

YouTube is the second largest internet search engine behind Google, with over 2.6 billion monthly active users. Each user spends an average eighteen minutes every day watching videos on the platform.

As a result, the well-known video and live streaming platform generated a staggering $6.87 billion in ad revenue in the first quarter of 2022. In 2006, Google paid $1.65 billion for YouTube. Now in 2022, the growing ad installation on the service has become a consistent source of revenue (slightly less than 6 times its purchase cost) for the parent company.

Google started Gmail on April 1, 2004, to compete with other email providers. Because of the exact date, users first mistook it for an “April Fool’s” hoax, and Gmail was treated with scepticism and distrust. People now feel that April 1st, 2004, will be remembered as the beginning of the modern period. The concept of Google, one of the most popular search engines at the time, offering an email service was incredible, as was the claimed storage capacity of 1GB, which was 500 times more than Microsoft’s Hotmail.

Gmail was a genuine concept, a genuine notion that we now all know, love, and rely on. Gmail is currently one of the world’s most popular email services, with 15 gigabytes of storage.

A bulk of Gmail’s revenue is derived from ads. Gmail also makes money from its Google one subscription service.

In general, the business sector uses Gmail to generate revenue by promoting their products or brands to customers. Gmail gains through tailored advertising that targets users’ interests and follows their online behaviour; as a result, Gmail displays relevant advertisements depending on users’ needs.

These three acts also produce $120 million for Gmail every day:

Android first appeared in a crowded yet tough market. Apple had officially joined the smartphone market the previous year, BlackBerry was still at its zenith, Symbian was on its way out, and Microsoft was preparing to replace Windows Mobile with Windows Phone. Today, Android is now accessible on practically every non-Apple smartphone, trouncing nearly every other competition along the way.

As of 2022, there are more than 2.8 billion monthly active Android smartphone users worldwide. Android powers more than 75% of the smartphone market share.

Google earns money from Android,  Google Play, and the company’s app store. Google Play’s digital content marketplace produced more than $48 billion in gross sales from mobile apps in 2021. This is a 23% increase in worldwide consumer expenditure over the previous year. With total revenue of around $85.1 billion.

All the details above tell us that Google has been the market leader as a search engine. Consequently, internet searches are becoming a more vital aspect of people’s everyday lives all around the world.

Furthermore, search has equipped Google with vast financial reserves and borrowing power, allowing them to buy out any competitor before they become a serious threat. Because of the popularity of its search product, it is constantly improving its algorithm to provide clients with better results. The more people who use Google, the more data is gathered.

Due to these inherent advantages, Google is substantially stronger than its smaller competitors, and it can survive the competition and economic duress. And it has a history of doing so.

How to invest in Google shares from India?

Well, it was important for you as an investor to understand how Google has shaped technology and continues to do so, helping you make an even more solid decision of investing in Google.

One method is directly investing in the US stock market. For that, you can open a trading account with platforms like Stockal.You may invest in Google from India by opening a brokerage account with Stockal. It is important to assess your risk profile as share prices are controlled by market fluctuations, and you may incur losses. Investment can be done by using technology platforms like Stockal. Stockal’s method is simple, compliant, and rapid; it only takes a few minutes to complete. Your PAN number, a copy of your PAN card, and proof of address are a few documents that are required. After choosing your broker and fulfilling compliance, just fix your investment and place the order.

One option for investing in Google shares from India is to use an ETF. ETFs are a grouping of several equities or bonds that trade as a single fund. They are comparable to mutual funds. ETFs are traded on the stock exchange and offer a simple and inexpensive method to gain exposure to a certain industry or group of firms. You can also look to purchase such ETFs on Stockal, for example, the Nasdaq 100.

Stacks are pre-assembled bundles of stocks and  ETFs in which you can invest. They are created by hedge funds, international asset management corporations, professional wealth management enterprises, and portfolio managers. These stacks can be bought on the Stockal app with just a few clicks.

Investing in mutual funds from India is another alternative One can invest in a specific mutual fund that invests in such securities on a one-time or ongoing basis. The mutual fund’s fund manager is in charge of determining how much exposure each stock has.

These funds have a pre-designed portfolio of foreign business equities. They are also supervised by SEBI, just like any other mutual fund. However, this might wind up being more costly as the expenditure ratio will be higher.

As Indians, we have been missing out on golden opportunities to make money in the equities market by investing in Google, Apple, Facebook, and many more. However, a lot has changed. Stockal has made it easier for us to invest in the FAANG stocks and ride the technology wave by enjoying the bounty earned in share prices (and sometimes, even a loss.). It’s easy, fast and secure.

Alphabet, a $1.46 trillion tech behemoth, is Google’s parent firm. While Google is the company’s flagship business, Alphabet has evolved via a succession of important acquisitions in the hardware and software sectors.