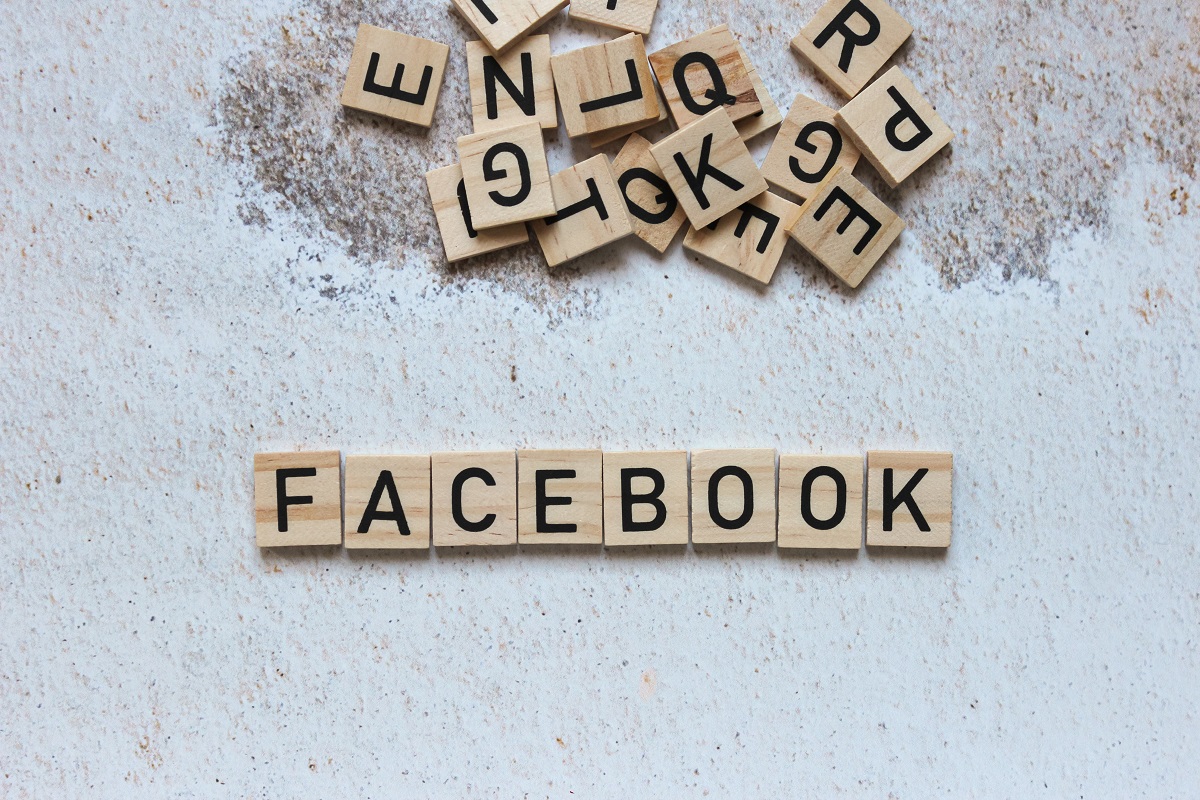 cat
Investor Doubts, Massive Layoffs: How Does the Near Future Look for Meta Stock?
December 21 2022

According to the poor performance of the Big Tech stocks, which ranged from 15% to 70%, it has been a forgettable year for the tech stocks. Since the traditionally high-growth shares of the West Coast giants are significantly underperforming the market, several significant technology firms plummeted following their Q3 earnings as well due to a flood of poor earnings. 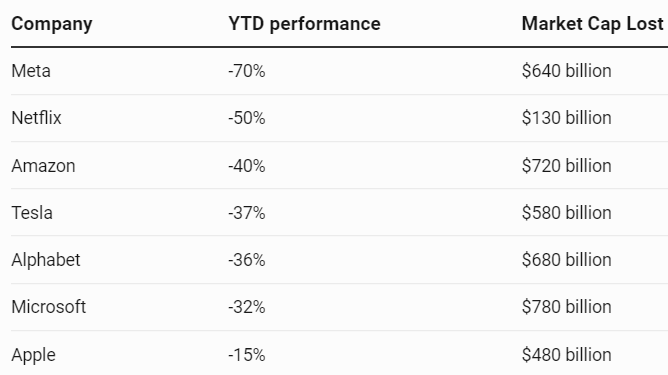 After reporting decreased sales for the most recent quarter, Meta, the parent company of Facebook, saw a 24% drop in its share price. As a result, Meta is now one of the five lowest stocks on the S&P 500 in 2022. While still down 50% year-to-date, streaming juggernaut Netflix temporarily claimed the title of the S&P’s worst performer before recovering to a respectable 484th position as investors panicked over two consecutive quarters of membership losses to start 2022.

Meta (Facebook), Amazon, Apple, and Google, the other members of the famed FAANG group, are doing a little better but are still down significantly for the year. Amazon is down 40%, Apple is down 15%, and Google parent Alphabet is down 36%. Despite not being welcomed to the FAANG party, Microsoft and Tesla are drinking the same beverage as their large tech rivals: Microsoft is down 32% year to date, and Tesla is down 37%. All but Apple have experienced more losses than the overall market, with the S&P down 20% year to date.

As analysts and investors processed the disappointing third-quarter profits of the company and its bleak fourth-quarter outlook, shares of META stock fell 24.5%. Shares had their lowest closing price since 2016 at $97.94. Facebook’s parent company report indicates quarterly revenue totalling $27.7 billion, a decrease of more than 4% from the prior year and its second consecutive quarterly decline. The company’s profit fell by 52% to $4.4 billion. Meta issued a weaker-than-expected outlook and warned that the fourth quarter would feature more of the same. It projects fourth-quarter revenue to range between $30 billion and $32.5 billion. Analysts anticipated $32.2 billion in sales.

At least two analysts cut their ratings of META stock after the Q3 earnings announcement. The price objective was decreased by almost 50% to $105 per share by Morgan Stanley analysts, who changed the rating from Overweight to Equal Weight.

In a statement to staff members, CEO Mark Zuckerberg revealed that more than 11,000 Meta employees, or 13% of the company’s workforce, would be let go. The value of Meta shares rose by almost 7.7%. The layoffs occurred at a challenging moment for Meta, the parent company of Facebook, after it provided investors with gloomy fourth-quarter profit predictions in late October, alarming them and causing its shares to fall more than 20%. Investors are concerned since Meta’s expenses and costs increased by 19% year over year in the third quarter to $22.1 billion. In addition, in the most recent quarter, the company’s overall sales fell by 4% to $27.71 billion, while operating income fell by 46% to $5.66 billion.

According to Zuckerberg, affected employees would receive 16 weeks of pay and an additional two weeks for each year of service. In addition, Meta will provide health insurance for six months. The metaverse, a word used to depict a futuristic virtual and augmented reality world still under development, is an area in which Meta is investing heavily. Meta has already lost $9.4 billion in 2022 due to this big wager, and the business expects losses to keep rising. Zuckerberg stated that Meta intends to concentrate efforts on a small number of high-priority development areas throughout the upcoming year during a teleconference with analysts as part of its Q3 earnings report.

What Happens to Investors’ Decisions Now?

Some investors seem to be losing faith in the direction of the business after years of giving Meta Platforms free reign. Before last quarter, this had never happened in the company’s history. Meta disclosed that it had seen year-over-year sales reductions for the second consecutive quarter. Earnings per share decreased by 49% despite a 4% drop in revenue.

To make matters worse, CEO Mark Zuckerberg increased his expenditure on the metaverse while appearing to downplay the persistent macroeconomic problems and underwhelming financial returns. During the conference call, which was made to discuss the results, the chief executive stated that they anticipate Reality Lab’s spending to rise significantly once more in 2023.

Zuckerberg went even further, stating that the business anticipates Reality Labs’ operating losses to “increase dramatically” in the upcoming year, with no apparent end. Investors have every right to worry. Meta’s Reality Labs, which focuses on the metaverse, lost $9.4 billion in the first nine months of 2022 despite earning $1.4 billion in revenue.

Investors haven’t been particularly enthused by Meta’s extensive investment in the metaverse, which hasn’t yielded much return. Furthermore, META stock has suffered dramatically due to these problems, the macroeconomic uncertainties, and the prolonged bear market, falling 73% this year. Even still, it’s challenging to gamble against a business with 3.71 billion monthly users and enormous free cash flow. With its resources, Meta can possibly correct the ship and weather the storm. The stock could still be a buy for anyone with perseverance and a long-term perspective.

Is Meta a Buy After Falling More Than 70%

It is unusual for huge corporations with a market capitalization of $10 billion or more to lose over 70% of their value in a year. Meta Platforms saw a nearly unparalleled set of events over the past year, losing more than $700 billion in market capitalization. Deal seekers are anticipating their find. But is this the best moment to purchase the stock? After reporting dismal earnings, Meta’s stock fell by 25%, staggeringly falling by 75% from its high last year. Despite Meta’s disappointing results report and impending difficulties, the company’s profits decrease phase is probably just temporary. Meta should resume sales growth in the upcoming years and significantly boost profitability. Meta’s stock will likely close to the bottom in the coming years.

Everyone was astonished when Meta revealed a 1% drop in operational profits for the third quarter of 2021. A corporation that consistently delivered a strong performance throughout the years was unaccustomed to such terrible performance. Investors, however, were shocked by what they saw as Meta reported its progress over the following three quarters. During the first three quarters of 2022, the operating income for the entire group decreased by 25%, 32%, and 46%, respectively. The operating income was lower because of declining revenue and rising costs. Every quarter in 2022, the advertising segment’s revenue fell from $11.5 billion during the first quarter of 2022 to $9.3 billion in the third.

The good news is that the Facebook, WhatsApp, Facebook Messenger, and Instagram apps generated higher levels of engagement in the third quarter of 2022, with DAUs increasing by 4% year over year to 2.9 billion and MAUs increasing by 4% to 3.7 billion. Unfortunately, a bad economy, the conflict in Ukraine, and other factors made industry-wide advertising less active, which Meta’s strong engagement levels revealed was more likely the cause of the company’s poor financial performance than its inability to keep and satisfy people. Reels, a short-form video service from Meta, saw a 50% increase in daily plays to 140 billion from six months prior.

Meta strives to improve monetization, invest in artificial intelligence, and turn its advertising business around through Reels. As a result, investors won’t be able to determine if the current reduction in earnings is a temporary blip or a long-term decline for at least a few more quarters.

Stockal offers several exposure options for large technology companies like Meta, such as stacks, exchange-traded funds, or direct investments. So if you want to invest in Metaverse, Stockal could be the right platform.