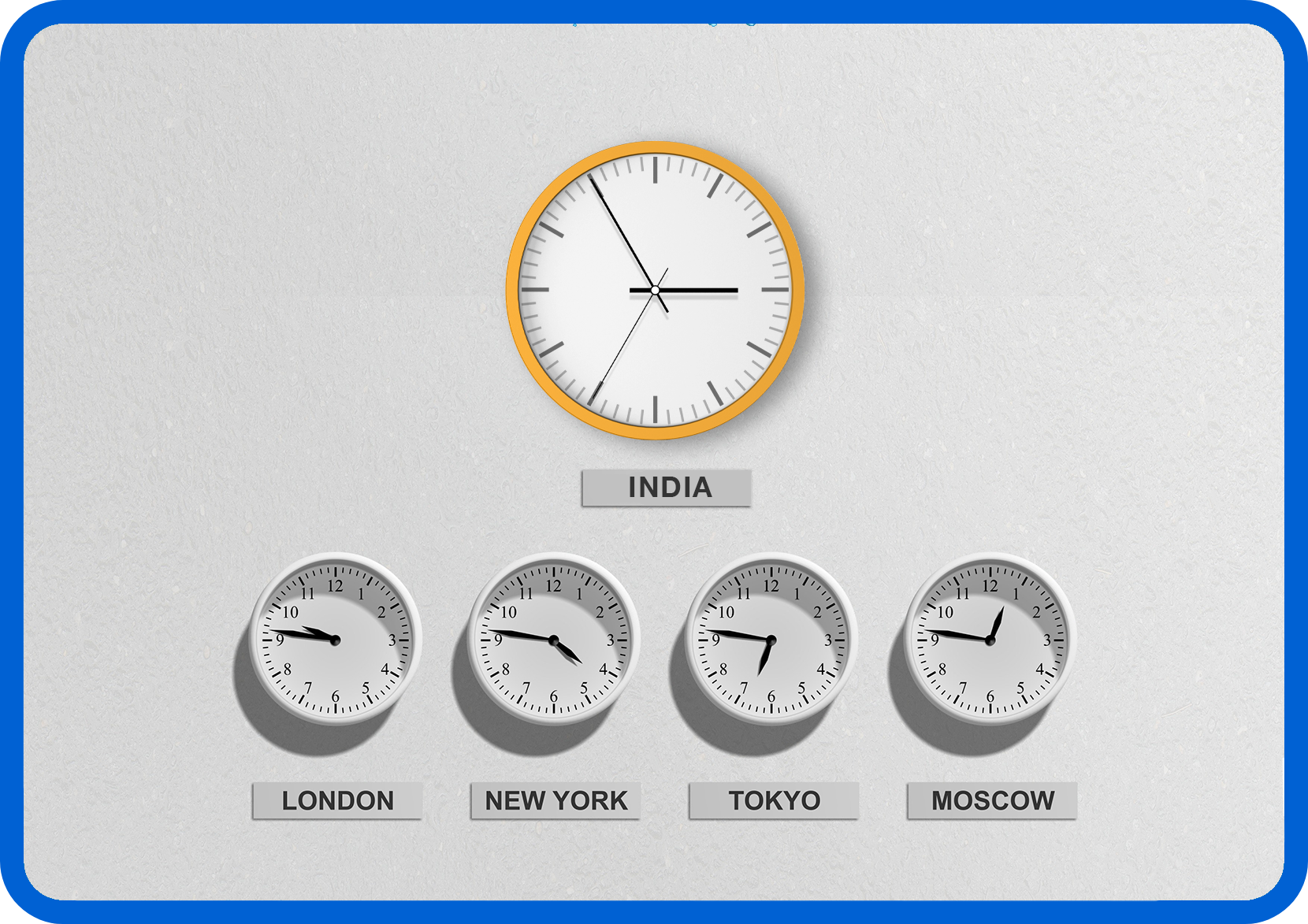 Most world markets’ opening and closing times vary across geographies, but almost a dozen stock exchanges clash during a typical 24-hour period.

Traders need to know the timings of international markets if they are going to trade there. We will see when the American stock market opens and closes, as we would in India.

The NYSE is an exchange for well-established companies and more stable stocks, while the Nasdaq is an exchange for high-tech stocks that are more growth-oriented and potentially more volatile. (You can invest in US stock markets via Stockal, you can also keep track of the American stock market from an Indian investor’s perspective)

We will look at what are the American stock market opening times in India (as per IST) for different stock exchanges.

Before we look into the American market opening time in India, a trader in India needs to understand the difference between EST (Eastern Standard Time Zone) and EDT (Eastern Daylight Time). Let’s have an overview of the time zones before looking into each major exchange’s specific opening and closing times.

An Overview of the EST and EDT Time Zones

The NYSE and NASDAQ, two of the largest stock markets in the United States, determine their trading hours in the Eastern Time Zone (ET). In this particular time zone, two variables are commonly used:

The American market’s opening time is based on the Eastern Time Zone (ET). This time zone has two sets of variables throughout the year. There is daylight saving time which is observed from the second Sunday of March till the first Sunday of November. Thus, the day lasts longer and the timing is moved an hour later. This variable of ET is called Eastern Daylight Time (EDT). The second variable of ET is called Eastern Standard Time (EST) and it is followed for the rest of the year.

In this section of the article, we will cover all the major US stock exchanges and the US market trading hours according to the American stock market opening time in India.

Exchange holidays in the U.S.

Stock markets in the United States are open Monday through Friday and closed on Saturdays and Sundays. Exchanges are closed on U.S. holidays such as Independence Day, Memorial Day, Labor Day, and Thanksgiving Day. A stock exchange’s official website will inform you of their closed days.

There are particular holidays each year that trading is closed due to significant public holidays in the U.S. They are listed below for the year 2022:

An Overview of Stock Market Timings in South America

These stock markets run nearly simultaneously; however, they do so in their time zone. The table below captures the location and the respective trading hours of all of these South American share market opening times in India:

Other American share market opening time in India in IST.

The following table lists the UK stock market’s opening and closing times along with other prominent stock exchanges from the European region.

Apart from India’s BSE and NSE, in the Asia-Pacific region, we have multiple key stock exchanges. Five of the top ten stock exchanges in the world are located in this region.

China’s Shanghai Stock Exchange, Hong Kong and Japanese stock exchanges are the significant ones that influence investor sentiments in this region.

The China stock market’s opening time in India and other Asian stock exchanges is displayed in the table below.

That was an exhaustive list of key stock exchanges worldwide and their timings as per the IST, especially the American share market open time. With this particular look at the world’s biggest stock exchanges, knowing the timings of stock exchanges in different countries is a primary requirement for a global investor. .

Suppose you are an investor from India investing in the American stock markets. In that case, we hope that reading this blog has helped you by providing the time the U.S. market opens as per IST and the timings of other world markets.

Stockal enables you to grow your money and lower your risk by geographical diversification. It also provides you access to stacks and ETFs that target growing sectors with lower risk.

If you are relatively new to global investing, you must consider downloading Stockal’s app, which lets you quickly invest in the U.S. stock markets.