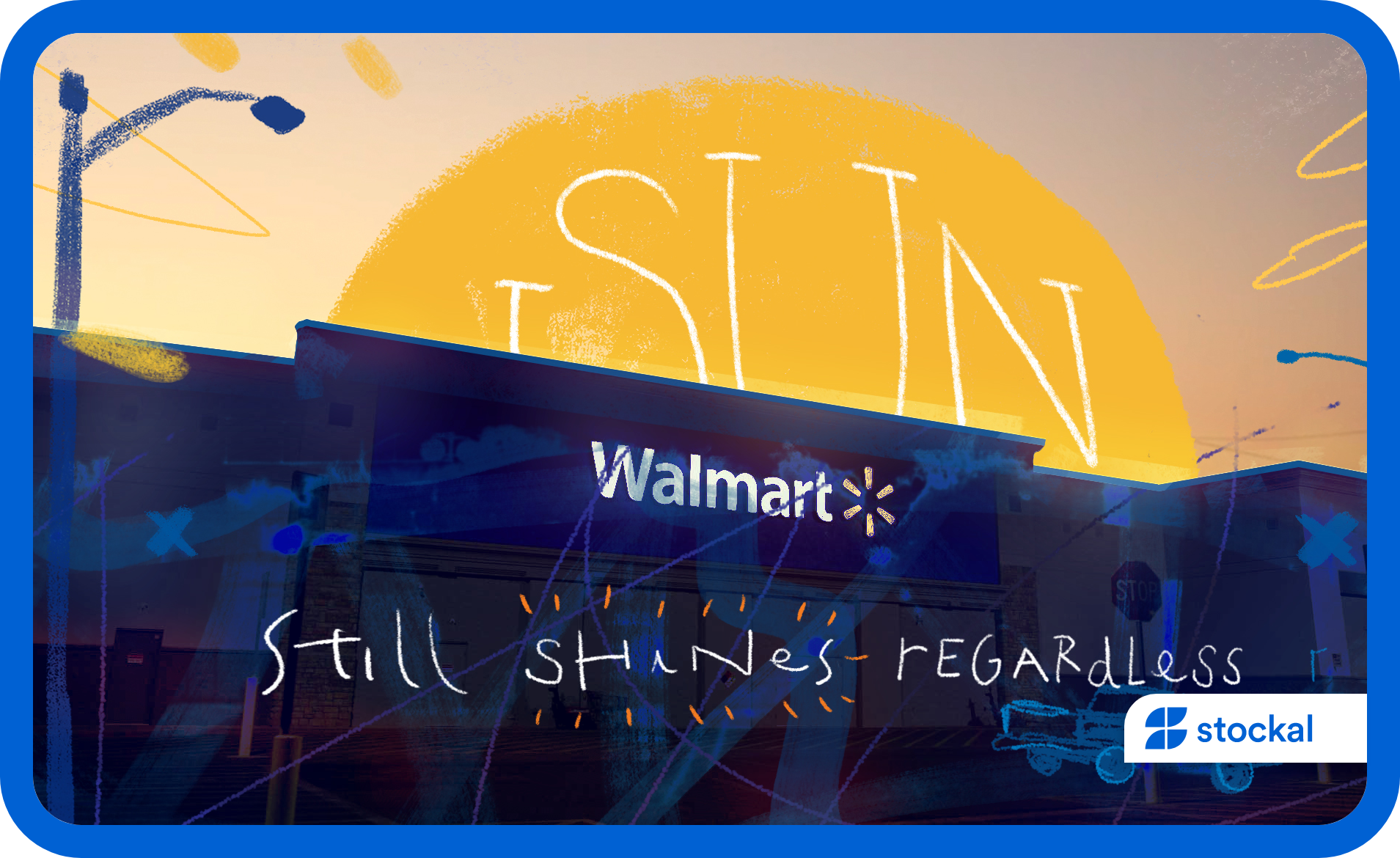 Walmart is a household name when it comes to everyday purchasing in the United States. The ubiquitous departmental store offers everything one can ask for – under one roof – at the cheapest possible prices, all year round. In times when prices of food to fuel are skyrocketing, investors have been looking for cues of any change in people’s consumption pattern. Hence, the market had its eyes set on Walmart (WMT) sales – a bellwether of inflation.

The Wall Street reacted positively to Walmart’s market-beating results, sending the company’s stock 4% higher despite the rising concerns of Russia-Ukraine conflict. As the company swung to profits of $3.56 billion, in the quarter ended January 31, 2022, from a loss of $2.09 billion a year ago, the big box retailer emerged as a winner in the highly contested battle against inflation.

Walmart’s success mantra of “everyday low prices” or offering all-year-round cheap rates was challenged by rising cost of groceries. From PepsiCo (PEP) to Proctor&Gamble (PG), most of the popular consumer goods manufacturers passed on price increases to customers, hoping that brand loyalty will keep the sales up. This must directly have an adverse impact on Walmart’s margins.

However, Walmart relies heavily on economies of scale to drive profits in its low-margin sales. It boasts of a massive geographical footprint unmatched by its rivals. Today, about 90% of American residents live within 10 miles of Walmart stores, making it a very convenient destination for time-sensitive grocery shopping. Owing to its large-scale operations, the company holds capacity to absorb some of the inflationary pressure. In the last quarter as well, company’s revenue growth was driven by a 3.1% rise in traffic and not just by price hike.

While saving customers from facing the heat of price increases, Walmart has been consistently beating its rivals to further expand its existing market share.

Number of Walmart Stores Worldwide from FY2006-21, by Division

Walmart has always been at the forefront of adopting technology to maximise operational efficiency. It was one of the first retailers to employ barcode system and radio-frequency identification technology to track the movement of goods. Walmart Canada, currently, is employing blockchain technology to deal with the long-drawn issue of payment delays in transportation industry.

While retailers around the globe struggled with supply chain issues during the holiday season, Walmart laid out yet another case study in inventory management. Timely investment in chartered ships, raising workers’ wages and hiring thousands of drivers and associates bore sweet results for the company.

On top of it, Walmart enjoys a competitive advantage over other businesses as it sources over two-thirds of its goods from the United States, resulting in 28% inventory growth in the quarter. “The Walmart Effect” gives the company command over price negotiations with manufacturers. In a pursuit to have their products on Walmart shelves, many suppliers forcibly drive their production costs down to make their goods cheaper for the retailer.

In addition to a strong brick-and-mortar store presence, Walmart is making headway in the e-commerce forum. In the last quarter, U.S. e-commerce sales grew 70% since the onset of the pandemic.

Top click-and-collect retailers in the U.S.: Ordered by 2021 sales estimates for items ordered online and picked up in-store

As per estimates by a market research firm, over 25% of all click-and-collect orders in 2021 were bagged by Walmart – the largest share among all U.S. retailers. This implies that Walmart made $20.4 billion worth of sales from this segment in 2021 – triple of $7.21 billion in 2019. When customers place order online to pick up from curbside or the store, online retailers save money and resources spent on doorstep delivery. This profitable e-commerce channel gained momentum during the pandemic and is expected to drive about 11% of all e-commerce retail sales next year.

The “buy online, pick up in-store” trend also helps Walmart harness its massive store footprint against stiff competition posed by rival Amazon. While Amazon has about 500 Whole Foods locations, Walmart has over 4,700 stores in the U.S., excluding Sam’s Club stores.

While Walmart’s own journey in India has not been very impressive, it’s success story in the U.S. inspired India’s own big box retailer, D-Mart. Radhakrishna Damani, opened the first D-Mart store in 2002 along the same strategy of “everyday low price”. D-Mart’s 2017 IPO was one of the biggest Indian IPOs at that time. However, the 20-year-old D-Mart’s current market cap is merely a fraction of its 60-year-old U.S. counterpart.

What’s next for Walmart?

Walmart jumped on the metaverse bandwagon after Facebook rebranded itself as Meta Platforms. In December 2021, the big box retailer filed multiple new trademarks, signalling its interest in making and selling virtual goods – from home decorations to toys to personal care products. In one of the filings, it also indicated plans to offer its own virtual currency and non-fungible tokens (NFTs).

Walmart expects about 4% growth in total sales and mid-single digits growth in adjusted earnings per share, in the new fiscal year. As inflation worries linger on, America’s largest retailer with the capacity to offer unbeatable prices will benefit from greater consumer price sensitivity.