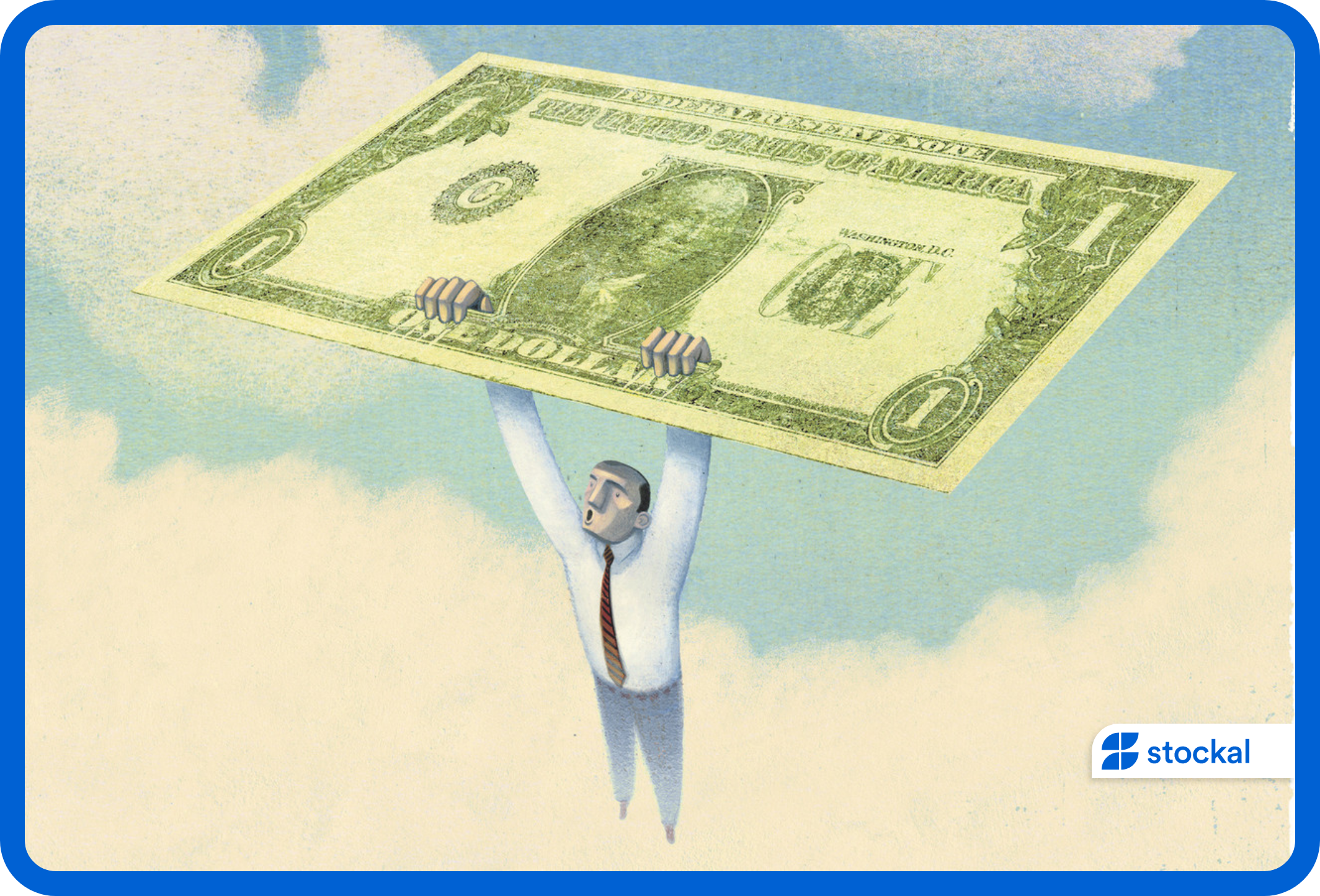 The Q1 2022 earnings season has picked up momentum and is about to wrap-up, with large companies having released their earnings reports. This earnings season comes in at a time of volatility marked by geopolitical tension and supply chain challenges along with higher inflation.

While the reported earnings have been a mixed bag – with some companies exceeding street estimates while the others reporting below estimates – the earnings season proved that some companies win, while others lose in an inflationary environment. The biggest beneficiaries of higher inflation this season included consumer discretionary, energy, and cyclical sectors like industrials and materials. What has stood out during the quarter is that economically inclined stocks have been performing better than the technology stocks in the current rising interest rate environment. The S&P 500 index however, is reporting single-digit earnings growth for the first time since Q4 2020. The lower earnings growth during the quarter can be attributed to difficult comparison to higher earnings growth in Q1 2021 during the pandemic and the continuing macroeconomic headwinds. Here are some of the key takeaways from the quarter.

Revenues exceed street estimates for about three-quarters of the companies

If you can follow only one bit of data, follow the earnings – assuming the company in question has earnings. I subscribe to the crusty notion that sooner or later earnings make or break an investment in equities. What the stock price does today, tomorrow or next week is only a distraction.
– Peter Lync, Manager of Megallan Fund at Fidelity Investments

Revenue growth rate of 13.3% for the quarter

All the 11 S&P 500 sectors are reporting year-on-year growth in revenues (graph below) which is led by energy, materials and real estate. If 13.3% remains the actual growth rate for the S&P 500 companies (graph below) this will mark the fifth straight quarter of year-on-year revenue growth of above 10% for the index. This rate remained at 10.7% at the end of March 2022.

Earnings growth rate of 9.1% for the S&P 500 companies during the quarter

The earnings growth rate for the quarter remains at 9.1% as of last week (May 6), as compared to 4.6% at the end of March 2022 (graph below). Surprise positive earnings were reported by the companies in healthcare, financials, technology and the communication services sectors. These have been the largest contributors for the increase in earnings growth rate to 9.1% (last week), as against the growth rate seen at the end of March this year. However, this is likely to mark the lowest earnings growth rate reported by the index since Q4 2020. Nine of the 11 sectors reported a year-on-year growth in earnings led by energy, materials and industrial sectors. On the other hand, the consumer discretionary and financials sectors have reported a year-on-year decline in earnings this quarter.

Energy: The EPS growth rate forecast is a whopping 245.4% for the energy sector (at the end of March 2022), and 267.1% at the end of last week (May 6); with stocks like Exxon Mobil (XOM) and Chevron (CVX) being two dominant players together, and representing more than 36% of the sector. With oil prices soaring above the $100 per barrel mark year-over-year, it’s no surprise that the energy sector earnings are set to soar.

Materials: EPS growth of 41.3% was reported for the sector at the end of last week (May 6) – up from 30.4% as of 31 March 2022. Similar to energy shares, soaring commodity prices were a major tailwind for companies in the materials sectors which added to its higher earnings growth rates. Material companies like Freeport McMoRan (FCX) and Newmont Mining (NEM) were some of the direct beneficiaries of this uptrend in the sector.

Industrials: Earnings for the sector is expected to have grown to 32.6% during the quarter so far as against a year earlier. Q1 2021 featured several restrictions due to the pandemic, however this time around firms were all open for businesses along with travel picking up which boosted the overall fundamentals of this cyclical sector which added to its higher earnings growth rate during the quarter.

The lower earnings growth rate reported during the quarter relative to recent quarters can be attributed to two main factors. One – the difficult comparison to the unusually high earnings reported in Q1 2021; and two – the ongoing macroeconomic headwinds including higher costs, labour shortages, supply chain disruptions and the geopolitical tensions in Europe. During the previous earnings season (Q4 2021), at least 74% of the S&P 500 companies cited “inflation” and “supply chain” as largely impacting their company earnings.

Amazon (AMZN) is an example of the company that faced a difficult year-on-year comparison along with macroeconomic headwinds. The company stated in its press release:

“The pandemic and subsequent war in Ukraine have brought unusual growth and challenges…our teams are squarely focused on improving productivity and cost efficiencies throughout our fulfilment network. We know how to do this and have done it before. This make take some time, particularly as we work through ongoing inflationary and supply chain pressures”

The company reported its (GAAP) EPS of -$7.56 for Q1 2022 compared to its mean EPS estimate of $8.35. Most of the analysts provide estimates on a GAAP basis, however the GAAP EPS number for the company included a pre-tax valuation loss of $7.6 billion. The impact of the Amazon earnings weighted largely on the overall earnings growth for the index during the quarter considering its weight in the index. If this company alone were to be excluded from the index, then the blended earnings growth for the S&P 500 would have improved to 10.1% from the current 7.1% (reported as of May 6).

Exhibit 6: S&P 500 Index’s Q1 earnings with and without Amazon

Outlook for the next quarters and index valuations at current levels

On the positive side, the forward 12-month P/E ratio for the S&P 500 index is 17.6 (as of last week), which is currently below the five-year average P/E of 18.6. However, the index is still trading above the 10-year average P/E of 16.9. The forward P/E recorded at the end of first quarter (March 31st) was 19.4. The price-to-earnings multiple has considerably reduced as prices have decreased (after the recent market correction) while the forward 12-month EPS estimates have increased over the past few weeks. This helps investors to look at the markets at relatively cheaper valuations as compared to what it was at the beginning of the year when the indexes had touched its all-time highs. At the sectoral level, sectors like energy and financials are still trading at a 12-month forward P/E of below 18, Energy (10.3) and financials (12.8)]. This makes them attractive at current levels considering their forward price-to-earnings multiple.