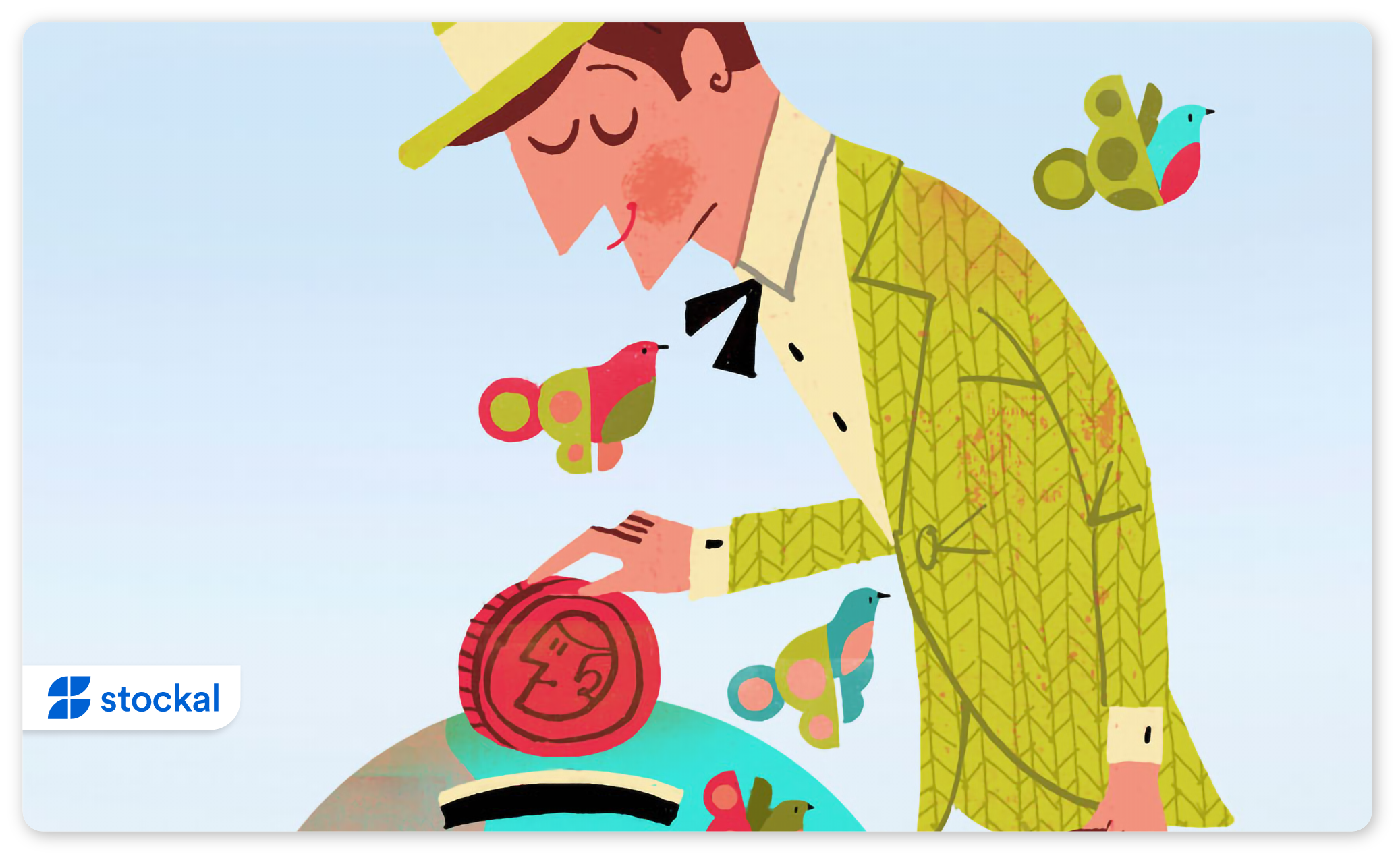 cat
Wall Street may be down, but ethical investing is on the rise
September 20 2021

There’s a noticeable lean towards green as ESG investing booms

There’s a noticeable trend in investors favouring stocks with responsible companies behind them.  Increasingly, people are using their values and ethics to guide investment choices — especially millennials. A Morgan Stanley report revealed that 90% of millennial investors say they believe in sustainable investing.

And it’s showing. investors contributed $51 billion to sustainable funds in 2020, compared to less than $5 billion five years ago – that’s 10X growth for you.

How much did ESG funds grow last year, you ask? — nearly double their 2019 value.

In another big move towards ESG, Harvard announced that it’s ending investment ties to fossil fuels. Its $42 billion endowment fund. Psst, it’s a fund that’s bigger than roughly half of the world’s economies.

For the week, the Dow slid 0.07% and is down for three consecutive weeks. The S&P 500 lost 0.57% this week, its longest losing streak since Monday, February 22, 2021 when the market fell for five straight trading days. The tech-heavy Nasdaq declined 0.47%.

Alibaba gets an expensive haircut

Shares in Alibaba (BABA) slumped again on Monday after reports that Beijing plans to break up Alipay, the hugely popular payment app owned by its financial affiliate, Ant Group.

However, that wasn’t the only piece of news that led to the stock’s decline. Investors are also concerned that Beijing is intensifying its ongoing crackdown on Big Tech, after regulators ordered internet firms (including Alibaba and Tencent) to stop blocking rivals’ links on their platforms.

Alibaba only owns 33% of Alipay, so the growth headwinds at Alipay aren’t likely to warrant Alibaba’s 50% haircut. Also, it’s not like Alipay is going away. It’s just that its growth and profitability may take a hit.

The Chinese e-commerce major’s stock has fallen enough to where it may have incorporated all of this bad news into the current low price; however, investors should be aware that it will have to compete much harder for new business going forward than it has in the recent past.

Apple’s (AAPL) iPhone 13 debut was met with a stock slump on Tuesday, keeping with a tradition of poor share price performance on the day the devices are unveiled.

Apparently, it’s not a new phenomenon. Historically, Apple’s has seen it’s fair share of stock slumps on the day the devices are unveiled.

Shares of the technology giant sank after Apple executives – including CEO, Tim Cook – presented the new line-up of phones and other devices. The stock fell 1% to close at $148.12.

Apple’s poor performance is probably the result of investors becoming accustomed to regular innovation from Apple and many of the details being reported prior to the presentations.

Excluding Apple’s 8.3% rally on the day co-founder Steve Jobs announced the first iPhone in 2007, Apple shares have fallen an average of 0.8% the day of a debut. The iPhone accounted for nearly half of Apple’s revenue in its last fiscal quarter.

Nevertheless, Wall Street is still keen on biting Apple, with most analysts still in favour of the stock.

As a result of worsening supply chain disruption in Vietnam, BTIG has downgraded Nike’s (NKE) rating from ‘Buy’ to ‘Neutral’.

Over the past few months, COVID-19 cases in Vietnam have continued to rise, with its fully vaccinated rate only between 4% and 5%. In response, Vietnamese government officials have responded by closing down manufacturing facilities throughout the country.

Nike is now facing at least two months of virtually no unit production at its Vietnamese factories which accounted for 51% of footwear and 30% of apparel units.

The stock price drop implies a much larger negative outcome than the production cut. Nike is in a position to manage its supply disruptions by navigating traffic elsewhere or ordering excess inventory from factories outside Vietnam. Also, the supply cuts don’t necessarily pose risks for the holiday season due to long lead times in shoe manufacturing. Nike is good at managing costs and generally under-guides EPS which will buffer bad news.

The market expects Nike to deliver an increase in earnings on higher revenues when it reports results for the quarter ended August 2021. The company’s earnings on September 23rd could be a key indicator of things to come.