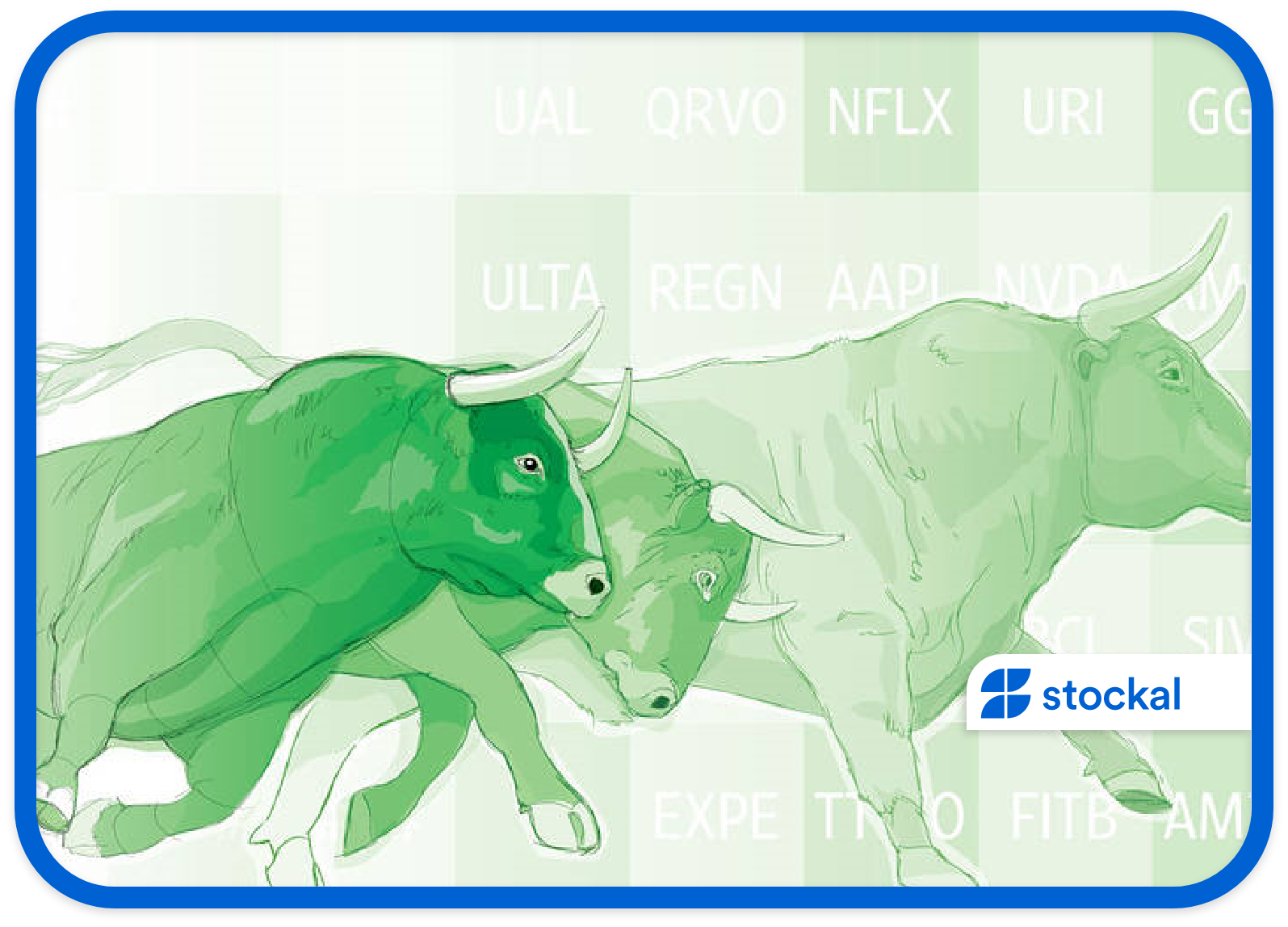 The bull run has had a near stumble-free year, with just one 5% dip

While inflation has chances of being the stickiest the U.S. has experienced over the last 20 years, it’s reasonable to assume that some relief is on the way with Fed interventions.

On one hand, rising wages and further upward pressure coming from the housing component of the Consumer Price Index (CPI) basket will, in all likelihood, prevent inflation from falling to pre-pandemic levels. However, we believe supply bottlenecks will begin to clear later in 2022, allowing inflation pressures to ease.

Wall Street’s bull may have been rattled by surging inflation lately, but it isn’t running scared. It is possible that higher inflation could dampen investor confidence and if the inflation numbers may not seem transitory, however, there seem to be no clear signs of rising inflation impacting stock markets from the historical data.

Stocks ended the week mixed after shares of energy companies and airlines fell but tech stocks rallied. The Nasdaq ended the week higher, the Dow Jones finished the week lower, and the S&P 500 closed marginally above break-even.

For the week, the S&P 500 notched 0.3% higher, led by stellar earnings reports from big retailers and strong U.S. retail data. The blue-chip Dow fell 1.3% for the week, while the tech-heavy Nasdaq Composite got a 1.2% boost.

Apple does an IKEA with DIY repairs

Shares of Apple (AAPL) climbed higher on Wednesday by as much as 2.6% after the iPhone maker said it will begin offering genuine Apple parts, tools, and manuals to consumers, letting them make repairs to their own iPhones.

“The initial phase of the program will focus on the most commonly serviced modules, such as the iPhone display, battery, and camera,” Apple said in the statement.

​​Until now, access to factory OEM parts for iPhones and Macs has been restricted to several Apple-blessed places, including Apple Authorized Service Providers (AASP), Apple Stores, and Apple Independent Repair Providers (IRP), a program that allows independent shops to gain access to genuine Apple parts, tools, and training guides for common out-of-warranty Mac and iPhone repairs. Apple’s new self-service programme — just like the IRP programme — is focused only on screen, battery, and camera repairs when it comes to iPhones.

The program will roll out early next year in the U.S. and will initially be limited to the iPhone 12 and iPhone 13 lineups. It will offer access to more than 200 individual parts and tools, which will help consumers make the most-common repairs to their devices. The program will eventually extend to Mac computers and expand to additional countries throughout 2022.

Apple plans to become the main resource for individuals looking for access to parts and manuals — promising “more than 200 individual parts and tools” for iPhone 12 and 13 models early next year.

While this might seem like an altruistic move by Apple, the tech giant was likely inspired by a raft of proposed regulations born of the “right to repair” movement. More than half the states in the U.S. have introduced legislation that would force Apple to provide increased access to repair parts, though many of the measures have failed.

Apple shares are up 21% this year, lifting the company’s market cap past $2.6 trillion.

Apple has been an American success story several times over. Despite the high valuation, it could be an expensive but good long term stock to hold.

NVIDIA could be undergoing a meta-morphosis

NVIDIA, (NVDA) America’s most valuable chip company that also makes graphics cards for everything from laptops to gaming consoles, including Nintendo’s Switch, just reached new horizons: the company scored another quarter of record sales, raking in $7.1B as demand for its gaming and server chips boomed.

On the heels of Facebook (FB), Microsoft (MSFT), Roblox (RBLX), and other tech titans, NVIDIA (NVDA) is also turning its gaze to the metaverse.

Launched officially in April this year, NVIDIA has been speeding up its version of the metaverse which it has called “Omniverse.” Interestingly, it has been ranked by TIME magazine as one of the top 100 innovations of 2021.

NVIDIA’s Omniverse avatar is an amalgamation of the company’s technologies in speech AI, NLU, recommendation engine, computer vision, and simulation technologies. These 3D avatars are interactive characters that can see and interact with a wide variety of subjects, capable of understanding naturally spoken intent. Its range of applications is very diverse and can be used in several customer service interactions in the field of hospitality, banking, and appointment making.

The Omniverse is in the open beta stage and is being used by 70,000 users.

NVIDIA is reaching new horizons. The company just scored another quarter of record sales, raking in $7.1B as demand for its gaming and server chips boomed.

Gaming revenue, which makes up nearly half of NVIDIA’s sales, surged 42% from last year as NVIDIA powered hit games like Marvel’s Guardians of the Galaxy.

NVIDIA’s chips and computing power are key to the emerging metaverse.  Many companies will build the metaverse, analysts say, but most of the revenues will be generated by the companies that provide the infrastructure — such as NVDA.

Bottom line: NVIDIA stock is far extended right now. As a leading chip stock with exposure to top-end markets in data centers and gaming, NVIDIA remains one to watch. But for now, investors should wait for the chart to offer a valid buy point.

On the heels of Pfizer’s (PFE) announcement on Thursday that the U.S. government would pay $5.29 billion for 10 million courses of its experimental COVID-19 antiviral drug – Paxlovid, the company reportedly made yet another astonishing revelation.

Pfizer announced it would allow generic versions of its COVID-19 pill to be manufactured and sold inexpensively in 95 developing countries.

Paxlovid is currently under review by the FDA, and a decision could emerge before the end of the year.

The Paxlovid price is below the approximate $700 per course of treatment the U.S. agreed to pay for Molnupiravir, an oral antiviral from Merck (MRK) and Ridgeback Biotherapeutics LP that is also under review by the FDA. The U.S. has agreed to purchase 3.1 million courses of Molnupiravir for about $2.2 billion.

Should you pop the Pfizer pill into your portfolio?

Pfizer stock saw a healthy rise in November after the company asked the Food and Drug Administration to authorize its COVID treatment for emergency use. That helped push PFE stock closer to a breakout.

Based on CAN SLIM rules of investing, Pfizer stock isn’t a buy right now. Shares haven’t topped a new buy point. Investors are encouraged to buy a stock when it rises above and is within 5% of its entry.

It’s important to keep tabs on how Pfizer stock performs as it develops a coronavirus vaccine with BioNTech, in addition to how its pill approval pans out – though all signs point to a positive outcome so far.