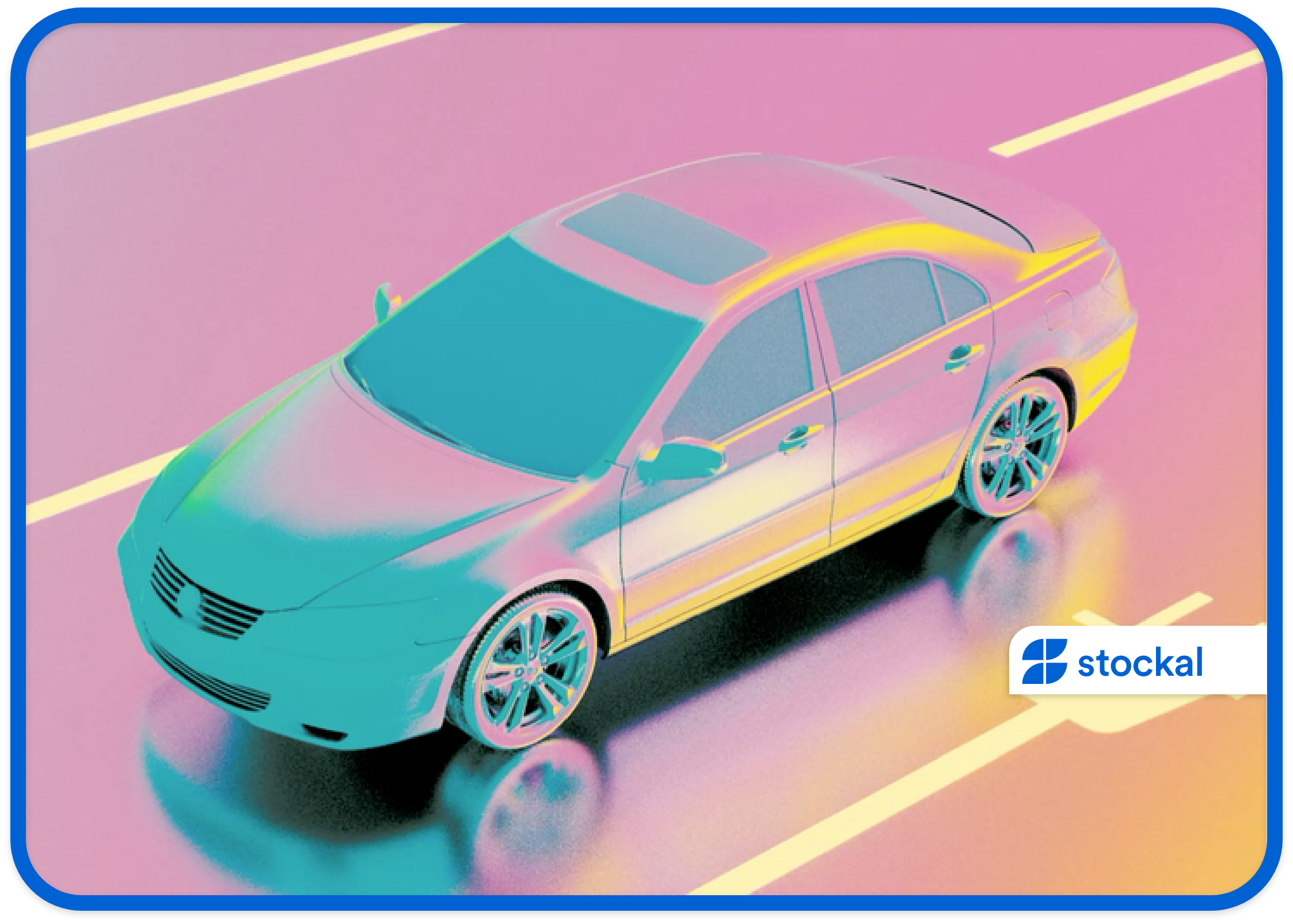 Rivian Automotive, the all-electric truck maker backed by Amazon and Ford, filed for an IPO for listing on the Nasdaq on November 10. The California-based company founded by Robert J. Scaringe in 2009, manufactures and sells electric trucks and SUVs to consumers and commercial fleet buyers. With a focus on making vehicles suited for the outdoors and bringing users closer to nature, Rivian launched its R1T electric pick-up truck and R1S electric SUV for the consumer segment three years ago and plans to begin customer deliveries before the end of 2021. Rivian is looking for IPO market funding as it begins to deliver its EV trucks and requires capital to ramp up operations. While many electric vehicle startups have chosen to go public in the recent past through reverse mergers and SPACs for quick access to funding, Rivian will be going the traditional way, which is unprecedented for a pre-revenue company.

After a successful roadshow on Friday, Rivian has significantly raised the expected offer price of its shares while the company aims for a valuation of close to $65 billion in its IPO from the previous $50-$55 billion valuations at a price of $62 per share. The company now expects to sell 135 million shares in the price range of $72-$74 and is likely to raise close to $10 billion through this listing.

The global electric trucks market was estimated at $1.48 billion in 2019 and is expected to grow at a CAGR of over 43% (2020-2027E) to $26 billion by 2027 according to the recent data by the grand view research. Government incentives across the globe and in the U.S. for adopting zero-emission vehicles along with reduced fuel and maintenance costs are likely to remain the key growth drivers of the EV industry.

Key Highlights of the IPO

Rivian is one of the most vertically integrated EV startups in recent years and follows in the footsteps of Tesla (TSLA) which means it sells its EVs directly to customers rather than through any dealerships and provides its own service and repairs and is investing in a network of charging stations for the exclusive use of Rivian vehicle owners and other electric vehicle owners.

The company’s primary offerings include:

The company with its vertically integrated ecosystem is likely to be addressing a large and rapidly evolving consumer and commercial vehicle market which enables it to offer more advanced solutions than traditional automakers. The Serviceable Addressable Market (SAM) is estimated to be $1 trillion within the next three years and the Total Addressable Market (TAM) is likely to be $9 trillion which the company will address over the long term. In the graph below the SAM and TAM is calculated based upon the market for new vehicle sales across consumer and commercial vehicles in addition to the lifetime revenue (LTR) potential of services which mostly includes the resale of the vehicles. Based on the strengths and positioning of the company’s brand addressing the shifting needs of individual consumers and commercial fleets, Rivian is likely to be a leader in this large TAM.

As the company is still in the development stage, it has not yet generated revenues so far, however, Rivian produced its first customer trucks and deliveries for the same began in September 2021 for which the revenues will be reflected in the coming quarters. (Q3, 2021)

The company has about $3.6 billion in cash on its balance sheet and the IPO filing revealed that $994 million net losses were reported in the first six months of 2021 and $ 1.02 billion reported in 2020 as the company invested in product development and preparation for the initial launch of the vehicles. (Including $1.5 billion investment in its manufacturing facility in Illinois)

Amazon’s order for 100,000 vans looks impressive at the moment for Rivian. Amazon has invested $1.8 billion in Rivian and the EV vans that Rivian will be delivering to Amazon are custom made to meet the e-commerce giant’s increasing needs. Amazon’s order includes three different sizes 500 and 700 cubic feet which are planned for December this year and the 900 cubic feet vehicles planned for launch in 2022. The vehicles have a 150-mile battery range. Amazon maintains exclusive rights to purchase the delivery vehicles from Rivian for at least the next four years and the right of the first refusal thereon. Amazon reportedly spent 18 months evaluating a variety of EVs from a host of manufacturers before freezing down on Rivian.

Rivian is likely to face fierce competition from Ford’s (F) F-150 Lightning, Tesla’s Cybertruck and GM’s Hummer which are the manufacturers of pickup trucks in the EV space. However, in September 2021, Rivian beat Tesla, GM and Ford in the electric pickup truck market with the launch of its R1-T pickup truck which has received good reviews and plans to launch its seven-passenger SUV R1S in December this year.

The management claims that it holds a competitive advantage over the other OEMs as a result of its highest degree of vertical integration in its manufacturing processes. The company produces most of its components in-house. Unlike its other competitors, Rivian’s plant can stamp nearly 300 distinct body parts for its product lines. Additionally, the drive-unit assemblies are also made in-house and the company is also scaling up its battery pack production.

Rivian targets customers of outdoor sports and recreation and has been investing in charging stations at remote, off-road destinations. The company’s goal is to have 3,500 charging points across 600 sites powered by 100% renewable energy and the sites are likely to be operational in all 50 states by the end of 2023. For the Rivian owners, they just need to drive up to an open station and plug into the chargers, and for public use, the company has designed a system which is known as Waypoint – and 10,000 Waypoint chargers will be operational in the U.S. and Canada in 2023.

Is Rivian the next Tesla?

Tesla has dominated the global EV sector in terms of sales volume and commands a higher valuation due to its first-mover advantage in spearheading the passenger EV industry along with building its own batteries to the supercharging network and mass-market adoption in the last decade. However, there has been an increasing number of new entrants in the EV space including Rivian which provides a similar comprehensive ecosystem to support its vehicles.

Rivian is one of the most vertically integrated EV makers involved in vehicle design and battery development along with building an exclusive network of charging infrastructure. Investors have begun to draw comparisons of Rivian with Tesla and anticipate if Rivian has the potential to grow into an EV giant like Tesla. We just need to wait and watch!

Rivian is expected to be valued between $60-$65 billion post the listing. At these levels, the company is expected to be on par with Honda, which has produced over 4.5 million vehicles worldwide in FY 2021 and is close to the valuation figures of Stellantis, BMW and others (graph below). With no revenues from the actual vehicle sales from Rivian currently, investors need to understand that the company is in its infancy. However, the core earnings were $398 million in 2019 and $982 million in 2020.

With less than 200 deliveries of the company’s R1T vehicles, the company does not have significant sales to generate a meaningful average selling price (ASP) for its vehicles. However, if we assume the starting price of $70,000 for its R1S as the ASP, Rivian’s expected valuation implies that the company will sell 1.1 million vehicles by 2030 or roughly about 4% of the projected global EV passenger vehicle market in 2030. On the other hand, Honda sold 1.2 million vehicles in the U.S. in 2020.

Note* Tesla’s market cap at $1.2 trillion is off the chart and hence excluded from the graph above

If Rivian is successful in raising close to $10 billion in its IPO, it would be placed ahead of Ford with a market cap of about $62 billion, and close to GM with a market cap of nearly $84 billion. Since 2011, only three companies have so far raised over $8 billion in the U.S. IPOs. Facebook (FB) raised $16 billion in 2012, Alibaba (BABA) raised a record $25 billion in its IPO in 2014 and Uber (UBER) hit the $8.1 billion market in 2019. So all eyes will be on the Rivian IPO listing this week if it can raise the $8 billion worth of funds as targeted by the company.

As per the company’s IPO filings, the primary risk to the company’s future outlook is the delay in its production ramp although the company has already launched its R1T model and is planning to launch its R1S model in December this year. Additionally, the company does not have experience in producing EV trucks at a large scale similar to Tesla in its initial production times, hence there could be a steep learning curve in the initial months ahead. However, since the company is funded in part by Ford Motor Company, and could likely benefit from its production capabilities. Only time will tell us this.

Rivian is one of the most promising EV startups in recent years backed by high-profile investors including Ford and Amazon. The company as an early-stage electric truck maker provides for an intriguing growth trajectory and is likely to benefit from the strong industry growth as the market opportunity for EV trucks is large and is expected to grow at a rapid pace in the coming years. Pickup trucks are likely to remain one of the top-selling vehicle types in the U.S. and Rivian’s upscale designing and technological innovation is likely to enable the company to take over the electric vehicle market in the near term.