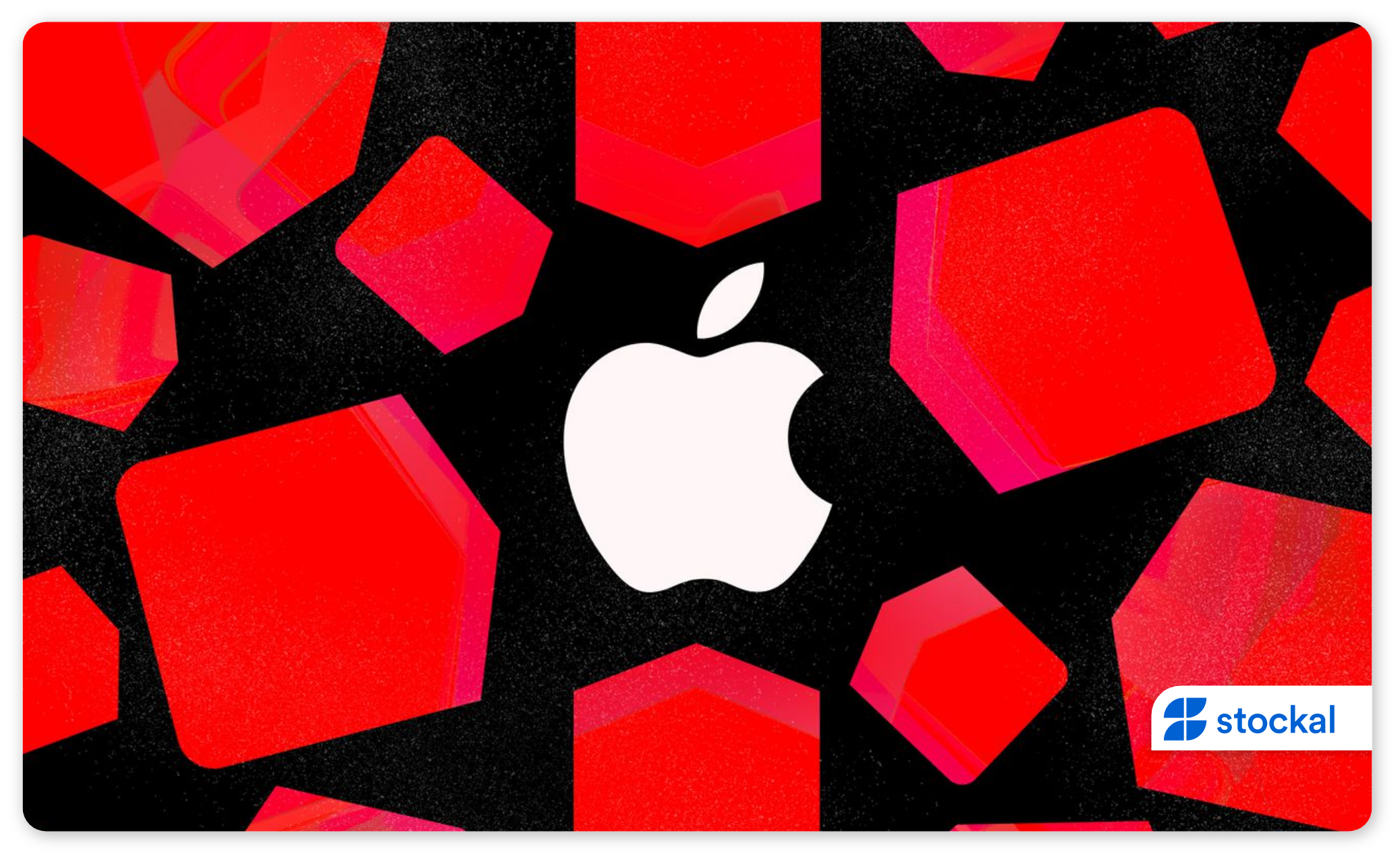 While the S&P 500 has risen about 19% in 2021, buoyed by support from dovish central bank policies and re-opening optimism, Wall Street didn’t have a great week overall, and ended sharply lower on Friday as investors weighed signs of higher inflation.

In reality, the major indexes are barely down on the month and a little over 1% off record highs. However, there’s a bit of caution in the air. Global growth and Delta concerns are mounting at the same time as central banks are lifting their foot off the accelerator, and markets remain remarkably tranquil in the face of rising uncertainty.

The S&P 500 Index fell 0.8% on Friday as the largest component of the benchmark index, and with a market value above $2.4 trillion, Apple (AAPL) accounted for about a quarter of the benchmark’s decline.

For the week, the Dow slid 2.2% and is down for two consecutive weeks. The S&P 500 lost 1.7% this week, its longest losing streak since Monday, February 22, 2021 when the market fell for five straight trading days. The tech-heavy Nasdaq declined 1.6% this week, its largest one week percentage decline since the week ending July 16, 2021.

Facebook (FB) has teamed up with Italian glasses giant Luxottica to launch Ray-Ban branded glasses. Facebook said the glasses line, called ‘Ray-Ban Stories,’ would start at $299. It also will be available for purchase in 20 style combinations online, and in select retail stores in the US, as well as Australia, Canada, Ireland, Italy and the UK.

The smart glasses give users a new way to capture photos and video, share their adventures and listen to music or take phone calls.

Ray-Ban Stories comes with dual integrated 5MP cameras, which will help in taking photos and up to 30-second videos using the capture button or hands-free with Facebook Assistant voice commands.

FB stock has been on a tear since March, when the social media giant first revealed how its digital mall launched last year was taking off. Facebook’s earnings and sales have soared on rising ad prices. If there’s been a weak link, it would be the lack of love from the Gen Z crowd. Yet Thursday’s release of Facebook’s new Ray-Ban Stories smart glasses may get teens and twenty-somethings to view Facebook through a new lens.

FB has also admitted it has a public “trust deficit.” By partnering with a well-loved brand, FB is giving Stories a higher chance of success.

So is now a good time to buy FB stock?

Despite lingering concern that privacy changes may dent Facebook’s advertising momentum, FB stock has cleared a new buy point and remains in range for adding shares.

Sunny days ahead for solar stocks

The Biden admin is calling for solar energy to power nearly half of the US electric grid by 2050, which stands at just 3% now. A move to more solar power is part of the administration’s larger goal to decarbonise the energy industry.

The report, issued by the U.S. Department of Energy’s Solar Energy Technologies Office and the National Renewable Energy Laboratory, said solar capacity will need to reach 1,600 gigawatts by 2050. This is more than the total electrical consumption from residential and commercial buildings today.

The solar energy industry has grown rapidly even as fossil fuels remain the dominant source of global energy use. Solar industry companies come from multiple sectors, including utilities, industrial, and energy, and include popular stocks such as SolarEdge Technologies (SEDG) and SunRun Inc. (RUN). While some large utilities and energy companies have solar and renewable energy divisions, these businesses typically are not included in the industry’s listings because the parent’s primary focus is not solar. It’s also important to note that Tesla’s (TSLA) Powerwall 2 currently dominates the US home energy storage market – and has a stake in the solar industry as well.

A ruling that could bite into Apple’s

Apple’s (AAPL) shares fell 3.3% on Friday after a federal judge made a decision that could have wide-ranging implications for the tech industry. In other words, the company lost $85 billion in value.

U.S. District Judge, Yvonne Gonzalez Rogers, issued an injunction that will prohibit Apple from denying developers the ability to direct users to other payment methods outside its App Store.

The ruling could eat into Apple’s fees, which can reach as high as 30% of in-app purchases. These fees are a major part of Apple’s thriving services business, which generated $17.5 billion in revenue in the third quarter alone. Apple’s services segment also enjoys a high gross margin of roughly 70% and, therefore, produces a relatively outsized portion of the company’s profits.

There are probably very few financial analysts who will advise you against buying a little Apple stock.

However, lawmakers in the United States and Europe are considering bills that would force Apple to allow third-party in-app payment systems, and South Korea’s parliament has already passed such a law.

Even if Apple does permit the use of outside payment systems, that doesn’t mean consumers will use them. Apple could make it so that its in-app payments are still the easiest to use. So, whether the ruling eats into that revenue depends on how Apple implements the changes.

Apple most likely needs to form a new base in the right market conditions before setting a potential buy point.