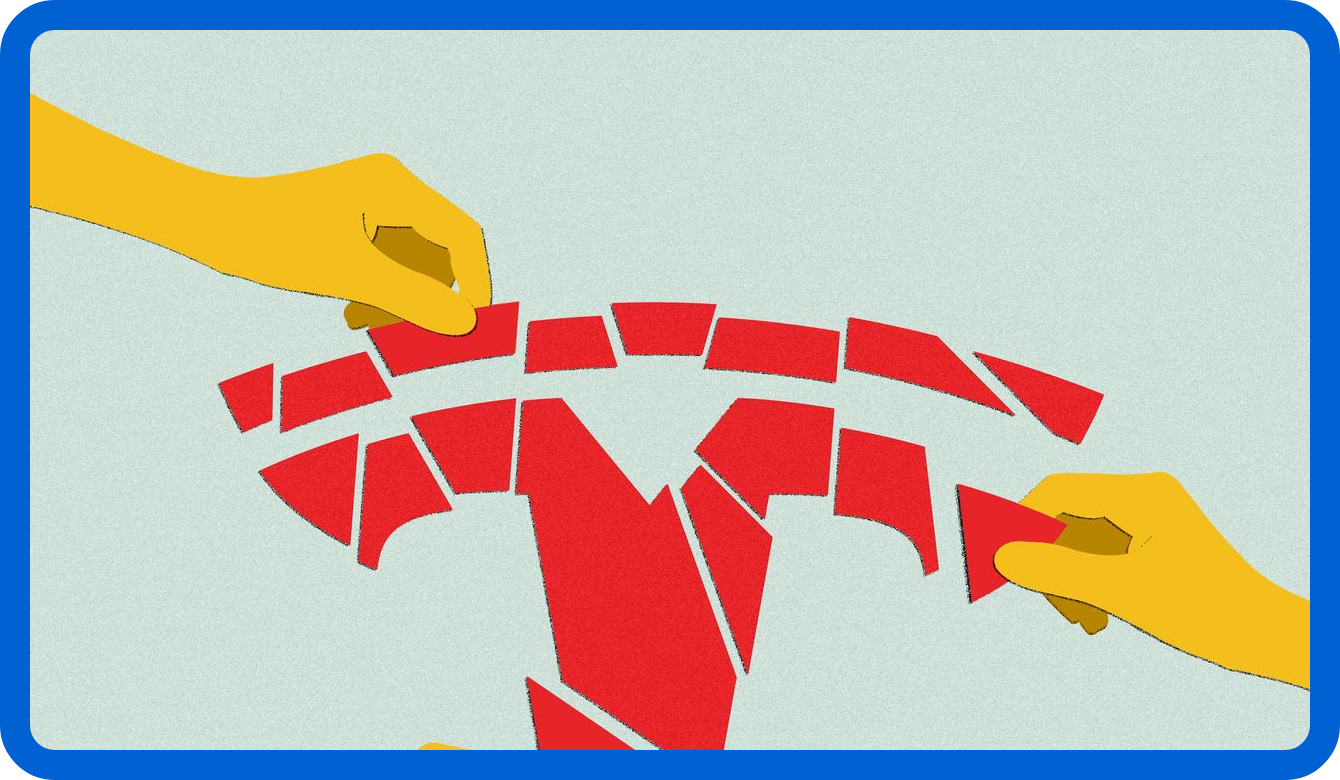 Investors had a lot to be joyful about last week, as U.S. stocks rose and government-bond yields jumped, with Wall Street shaking off concerns that rising inflation could drag the nation’s economy into a recession.

Elon Musk was buoyant as well, as he inaugurated Tesla’s Gigafactory in Germany – a move that could help it win back Europe’s EV market.

Meanwhile, investors are keeping their eyes on the yield curve, which measures the spread between short- and long-term rates. Yield curves are often seen as a strong indicator of sentiment about the prospects for economic growth.

Even though rates are higher, bond yields are likely to remain lower than seen in the past. However, there are strong indications that bonds will strengthen portfolios by providing a buffer against the ongoing market volatility.

Finally, there is also a very real possibility of corporate earnings rising with higher rates and offering support for stocks.

Elon Musk was spotted doing a jig in keeping with tradition, as he formally kicked off customer deliveries at Tesla’s (TSLA) first European factory. The factory in Europe marks a significant milestone in the electric-car maker’s international expansion.

Elon Musk and German Chancellor Olaf Scholz attended the opening of the new gigafactory just outside Berlin. Tesla has secured the approval to produce up to 500K cars a year at the plant. However, ramping up production will take time, and Tesla is hoping to flag production off and deliver 30K cars by June.

The sparkly-new gigafactory will allow Tesla to build cars for European markets, which currently rely on expensive imports from the U.S. and China, and tailor vehicles to local tastes. The plant aims to eventually employ up to 12,000 people and start with the production of Model Y – Tesla’s sporty crossover.

Last year, 85% of the world’s EVs were sold to customers in Europe and China, making these markets extremely crucial for any EV player’s global domination strategy.

Moreso, with oil prices on the rise, EV demand could follow suit. With its first gigafactory in Europe, Tesla can produce at a much higher volume than other EV-first companies and pull ahead of the global EV race.

However, it has been losing turf in Europe to manufacturers like Volkswagen. While Volkswagen initially struggled with the software in its first mass-market all-electric model, it has overcome its challenges to emerge as the second-largest producer of EVs worldwide, after Tesla.

Tesla’s drive into the region could be slowed by the geopolitical tension, which has caused further shortages for European carmakers.

Tesla’s stock has been way oversold over the past few months along with the risk-off mentality among tech investors, however, investors are now beginning to appreciate what the plant in Berlin means for the Tesla success story in 2022 and beyond.

Nvidia (NVDA) is set to debut a next-gen superchip next year specifically for data centres, with a total addressable market of $1 trillion for its line of processors.

Nvidia announced on Tuesday at its developer conference (GTC), that the new processors are the brains in an expanding collection of digital products like AI services, autonomous vehicles and the metaverse, which Nvidia is calling ‘the omniverse’.

At the conference, Nvidia also announced its new H100 AI processor, a successor to the A100 that’s used today to train artificial intelligence systems like autonomous cars, metaverse tools and other AI innovations.

For perspective, the H100 AI processor is the highest-end member of the family of graphics processing units that catapulted Nvidia to success.

Nvidia may not be as popularly known as Intel or Apple, but the chip company is just as important in making next-gen technology practical.

With a market valuation of just under $850 billion, it’s not a question of whether Nvidia will be a trillion-dollar stock, but just a matter of when. With the stock up 150% in 2021, the symbolic threshold is almost within its reach.

Two electric vehicle makers, Lucid and China-based BYD, are using its Orin AI chips for cars. Nvidia is also working on a new generation of its Hyperion car chip family, due to arrive in 2026. It expects $11 billion from car chips over the next six years – up from $8 billion last year. And it’s safe to say that the demand for car chips isn’t going away anytime soon.

The chipmaker is also putting AI to work in the cybersecurity data protection market with its Morpheus framework and zero-trust BlueField-branded data processing units.

Finally, Nvidia is making a big play for the Metaverse. Even as tech companies spoke about consumer experiences in the metaverse, Nvidia was busy developing the technology needed to actually build it.

There are clearly a lot of opportunities for the chip manufacturer to cash in on. Analysts estimate Nvidia will now grow its revenue from $16.5 billion in 2021 to $59.4 billion in 2026. Its earnings are also expected to grow even faster, to $13 per share.

However, Nvidia’s stock isn’t cheap, and it would be prudent to watch for any dips in the price for a buy consideration.

Pepsi beefs up its portfolio with Beyond Meat

PepsiCo (PEP) announced on Wednesday that it will launch meatless jerky as the first product under their PLANeT Partnership joint venture with Beyond Meat (BYND).

The company described the Beyond Meat Jerky as an on-the-go snack experience that offers traditional beef jerky in original, hot & spicy or teriyaki flavours.

Beyond Meat Jerky contains 10g of protein per serving – with no cholesterol  and is made with plant-based ingredients like peas and mung beans.

The two companies had announced the joint venture more than a year ago with the goal of creating plant-based snacks and drinks together.

Should you take a gulp of PepsiCo stock? You just might want to!

When the broader stock market falls, some investors get scared and flock to safe names like PepsiCo, the snack and beverage giant.

Factors like sustainability and health have also been influencing Pepsi’s product funnel lately.

PepsiCo had a reasonably good pandemic year in terms of navigating through the craziness, and they were able to keep organic sales growing at about the same rate they did the year before, at around 5%.

The company is also about to become a ‘dividend king’. Raising a dividend annually for 50 consecutive years is no mean feat for any company.

PepsiCo’s stock, however, has been trailing the market recently as investors turned their attention to high-growth companies in exciting sectors like technology.

The stock is expensive, though, and investors need to justify this higher valuation against the possibility of slowing growth and a weaker balance sheet. Nevertheless, this steady consumer goods giant still has a lot to offer patient investors – take a swig if you must.