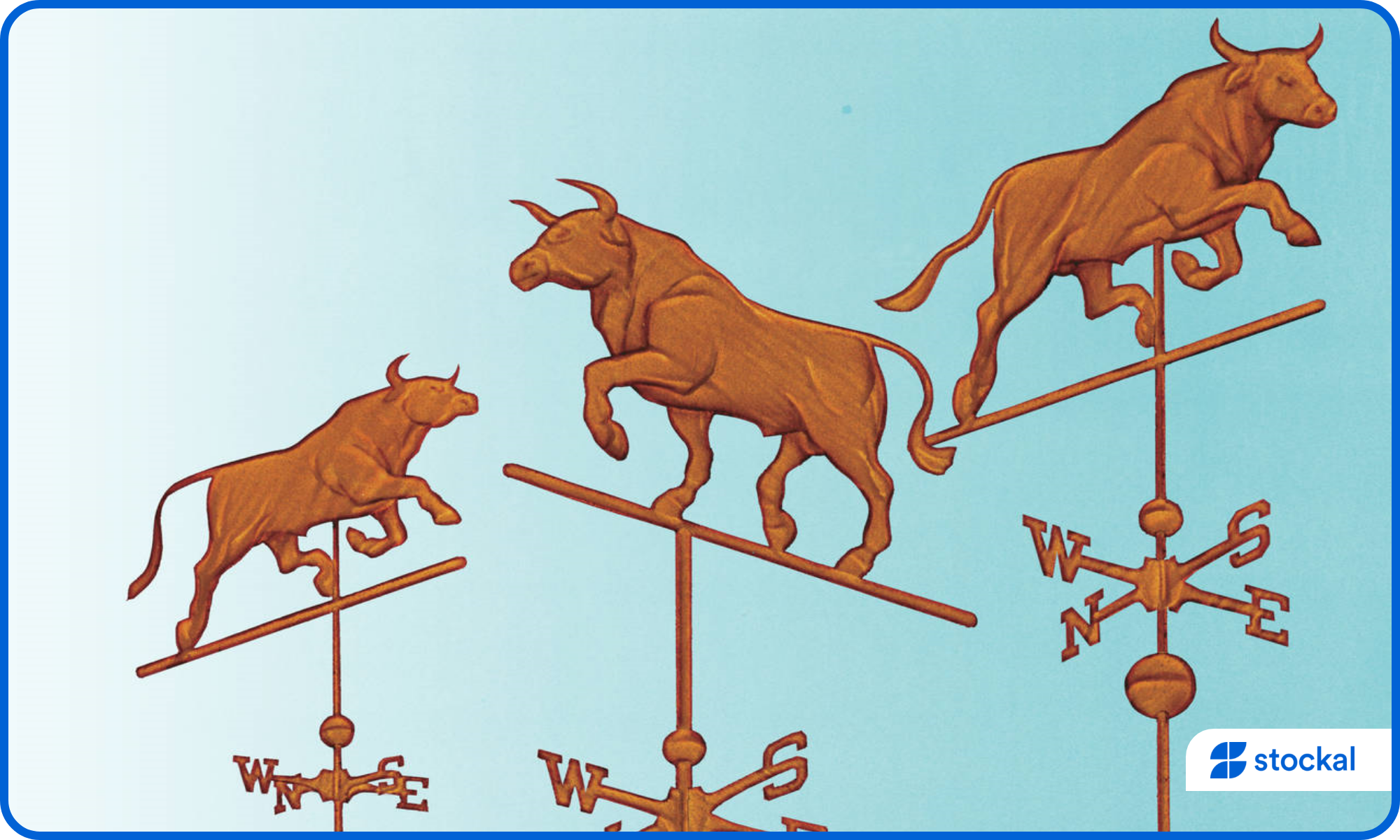 Overall, the third quarter was a rollercoaster ride for the markets, where the Dow and Nasdaq ended in the negative territory, while the S&P 500 closed marginally in the green for the quarter. The quarter started off with large caps outperforming small caps in July and the S&P 500, the Dow and the Nasdaq advancing to record highs. This rally continued well into August where the indices recorded several highs attributed to strong corporate earnings during the quarter and improved economic conditions which helped bolster investor confidence. After a long stretch of gains seen in the U.S. markets this year, September saw the market struggle with volatility – where the indexes wiped out its quarterly gains seen in July and August. Despite the downturns seen during the quarter, the benchmark indexes remain well ahead of their 2020 closing values, led by the S&P 500 which ended the quarter almost 15% higher over last year’s closing. (Exhibit 1). At the current levels, the S&P 500 index is trading at over 20x forward P/E indicated by the price-to-earnings multiple (Exhibit 2)

During the quarter, growth stocks outpaced value stocks with gains seen in large-cap index stocks. Financials, communication services and technology sectors led the market rally along with the healthcare sector. Technology and communication services sectors together made up for about 40% of the combined market value of the S&P 500 index, while energy, materials and industrials were the laggards during the quarter. However, all the sectors showed strength and remain in the green year-to-date 2021 (graph below).

During the quarter, over 88% of the S&P 500 companies reported earnings above the consensus estimates – which is above the five-year average of 75% and the S&P 500 index reported its highest year-on-year growth in earnings since Q4 2009 as per data from Factset.

After strong gains seen throughout the year, September saw a few sell-offs in the equity markets along with increased volatility. Investors had concerns in terms of elevated inflation, rising bond yields, China’s regulatory restrictions and the recent Evergrande debt crises in China, along with the Fed’s tapering talks which impacted the market sentiments on the downside. However, the long-term economic growth remains intact for the U.S. economy and most investors see the dips in the markets as huge buying opportunities. Let us look at some of the macro numbers which have seen significant improvement during the quarter.

Progress in Covid-19 vaccinations and Immunity

Q3 was the first quarter in over a year where the US economy was reopened and there seems to be progress in the mass vaccinations across states as the infections from the Delta variant of the coronavirus sees a surge.

The increased economic activity and consumption by way of debit and credit card transactions, hotel occupancies, outdoor dining, and increased travel traffic points to an improvement during the quarter, and full recovery to the pre-pandemic levels may be achieved in the near term (chart below).

The Fed is preparing to withdraw its monetary support by reducing its monthly bond-buying activity as early as November 2021, as the economy sees signs of revival from the pandemic. Interest rates are likely to go up only at the end of 2022 or early 2023 as the ongoing spread of the Delta variant of the coronavirus is slowing the pace of recovery. The Fed in its last FOMC meeting in September planned to maintain the low-interest-rate environment in the near term until it achieves the goal of maximum employment and inflation running at its target rate of 2.0%

The Fed raises its Inflation forecast for the year

As the economy opens up, the supply-side impact is largely seen thus leading to higher prices and inflationary pressure. Used car prices showed signs of picking up again and increased raw material prices along with higher crude oil prices are largely impacting companies dealing with persistent supply chain disruptions. The Consumer Price Index (CPI) came in higher in August at 5.3% (up 0.3% since July) thereby raising the inflation forecasts for 2021, 2022 and 2023 during the recent FOMC meet. The core personal consumption expenditure index which is the central bank’s preferred measure of tracking prices is set to rise to 3.7% this year, as compared to the 3% predicted earlier this year, and the core inflation is likely to remain at 2.2% in 2023 – which is still above the central bank’s 2% target. However, the Fed believes that the inflation hikes seen this year are mostly transitory and will improve in the near term.

Commodities had a good month in September, particularly the energy space where crude oil prices gained 9.4% to end the quarter at $75 per barrel and natural gas rose an astounding 31.6% for the month. These gains lifted the total Q3 returns on commodities to 54.2% while it has returned almost 120% year-to-date in 2021 and is seen as the best performing asset class for the year. On the other hand, precious metals like gold and silver traded lower.

The dollar index, which measures the U.S. currency against six other currencies including the euro and the British pound closed the quarter at the highest levels since September 2020. The dollar gained on the back of U.S. central banks’ signal of the end of the ultra-supportive monetary policies which saw gains of over 2% during the quarter and almost 5% YTD 2021 for the greenback and traded at its strongest levels for the year. (Graph below)

The rise in bond yields is an indicator of economic growth

Evergrande made headlines at the end of the quarter as markets reacted to the company’s debt crisis. Evergrande is China’s second-largest real estate developer that defaulted on its interest payments to several lenders and big banks. The company that aimed at providing affordable housing to the Chinese working class employs nearly 1.2 lakh people and has a presence in more than 280 cities. Trouble had been brewing at the company for the past few months with a piled-up debt of over $300 billion which is equivalent to 2% of China’s GDP. The company was downgraded multiple times by the credit agencies due to its poor cash flows and surplus debt in its books.

Chinese regulators imposed new limits on real-estate borrowings in order to reduce dependency on debt as part of the Communist Party’s campaign. This crackdown on the Chinese real estate developers damaged the liquidity of the company’s bonds. The company’s suppliers, bondholders and banks are hoping to receive repayments while Evergrande is sitting on top of nearly 800 unfinished residential projects. The collapse of Evergrande is likely to cause a ripple effect across the real estate industry in China. However, the U.S. markets recovered soon after the Evergrande sell-off during that week and this situation is unlikely to develop into a full-blown decline of the global markets. Some of the funds which had exposure to the Evergrande Group were impacted due to this crisis (chart below).

Exhibit 14: Global funds holdings in Evergrande Group as of September 2021

Use the market dips as buying opportunities

When you look at market data from the recent sell-off seen in September, retail investors bought about $1.9 billion into the U.S. stocks during the Evergrande sell-off which was the fourth-biggest day of net purchases since the beginning of the pandemic. Stocks that sold off sharply rebounded back quickly at the end of the quarter as both retail and institutional investors bought the dip. If you look at the chart below which shows the S&P 500 index returns, it indicates that buying into stocks has yielded better returns vs. a combination of stocks and bonds when investors bought the dips or steep corrections in U.S. Equities.

Exhibit 15: Portfolio returns of an average U.S. investor since the pandemic

While Q3 earnings growth is on track in terms of broad-based revenue momentum from the first half of 2021, the rising costs and supply-chain disruptions along with labour shortages are likely to keep the highlight on the corporate margins for the quarter. Total Q3 earnings for the S&P 500 index are likely to be higher by 26% year-on-year and for the full-year, the S&P 500 index earnings are projected to climb 42.6% in 2021.

Looking ahead at the fourth quarter, we may face challenges in terms of supply chain bottlenecks leading to rising costs (thereby higher inflation which could be transitory), the U.S. Fed’s move to reduce monetary stimulus or be it the economic slowdown in China and its impact on the rest of the world. However, the macro-economic and long-term growth indicators are intact for the U.S. economy. The increase in consumption post the re-opening and improved unemployment data along with strong quarter-on-quarter corporate earnings are likely to play a major catalyst for the overall growth in Q4.In the equity markets, we may see an outperformance of cyclical and small-cap stocks in an environment where rising bond yields could see some corrections in the growth stocks and rate-sensitive sectors. Nonetheless, most analysts maintain a positive outlook for U.S. equities and revised the year-end targets for the S&P 500 index upwards.