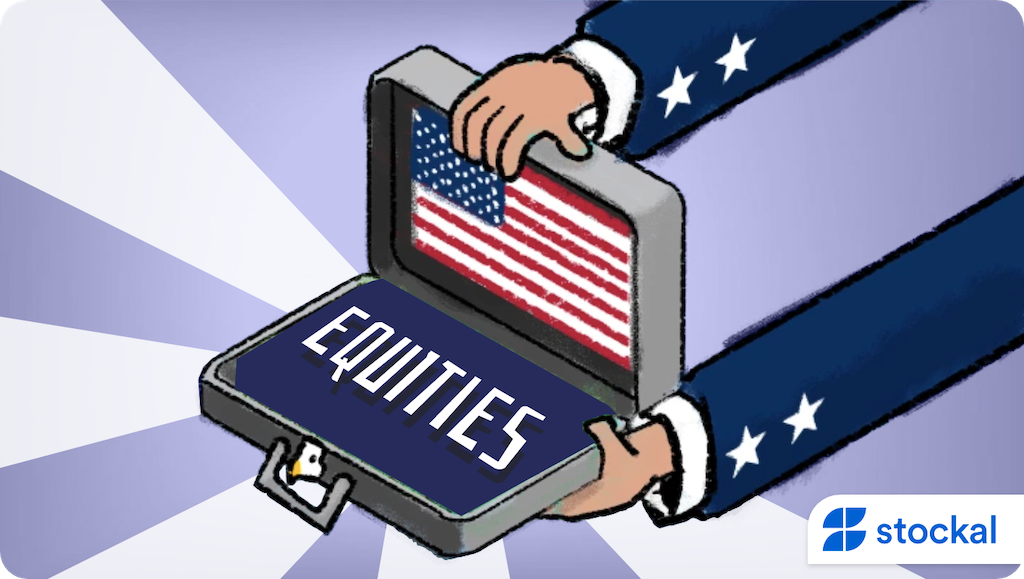 Benchmark U.S. indices surged higher in Q2 2021 with all the indices closing at an all-time high for the 1H of 2021 as the economy reopens and an increased number of people return to work post vaccinations. As of June, the vaccination rates were close to 50% in the U.S. and the government continued to ease Covid-related restrictions in different states as activity levels picked up. The rally continued during Q2  ignoring President Biden’s Budget proposal for corporate tax hikes for FY2022 and amid rising inflation seen during the quarter. S&P 500 and Nasdaq were among the best performing equity indexes among the global equities during the quarter.

Gains of S&P 500 tops the list during the quarter

At the regional level, S&P 500 delivered the best returns with gains of 8.5% during Q2 and 21.5% returns since the announcement of the vaccine in November 2020 (Exhibit 2) largely attributed to the rebound in growth stocks, stronger first-quarter earnings (47% year-on-year) and increased prospects of fiscal stimulus as the U.S. President Biden, reached a bipartisan deal to boost infrastructure spending by 600 billion USD.

During this quarter, the S&P 500 sectors showed positive returns with Energy and Real Estate being the biggest sectoral gainers. Energy prices see a comeback after losing ground in 2020 as demand picks up contributing to the Energy sectoral gains. Technology, Communication Services, Healthcare and Financials were also among the strong sectoral gainers.  On the other hand, Utilities were among the laggards for the quarter.

Big Quarter for the Big Techs

Q2 saw a phenomenal rise in market capitalizations of some of the well-known technology companies. After Apple touching the $2 trillion market capitalization, the next to follow suit was tech-giant Microsoft which joined the exclusive club of companies with more than $2 trillion market cap during the quarter with strong Q2 revenues of $43 billion. Facebook’s market cap also sees a rise to touch $1 trillion for the first time during the quarter as investors continue to keep faith in the growth story of these large corporations.

Exhibit 4: Market Capitalization of some of the well-known U.S. Companies

The 1H of 2021 saw robust growth in the IPO market with the U.S. IPO proceeds touching $171 billion, surpassing the $168 billion raised in 2020. This kind of IPO activity is likely to remain robust in 2H of 2021 and into 2022 supported by the current zero rates and increasing funds flow into the innovation driving the premium public market valuations. Considering the current multiples of 19x EV/EBITDA for the S&P 500 to that of 14x for U.S. private equity is likely to promote private companies to tap the public markets.

The rise in U.S. based Unicorns seen during the quarter

According to CB Insights, Q2 saw an overall 136 Unicorns (new private start-ups valued greater than $1 billion annually) globally of which 76 are U.S. based Unicorns seen during Q2 2021 which is more than 128 Unicorns seen for the full year 2020. The U.S. is home to over 500 Unicorn companies so far.

After a volatile Q1 for the U.S. Bond markets, Q2 saw some declines in the Bond yields (meaning prices rose) with the 10-year Treasury yields dropping 30 basis points to end the June quarter at 1.47% falling from 1.74% seen in April and this decline in the Bond yields helped growth stocks outperform value stocks during the quarter.

Exhibit 8: Crude oil, USD and Gold returns during the quarter

After marginal gains seen in the greenback during Q1, the currency remained almost flat and traded sideways overall in Q2. The dollar continued its weakness as investors have priced in Fed tightening expectations and the Dollar usually gains during global downturns and declines in the economic recovery phase.

The energy was the best performing index driven by a strong performance from natural gas and crude oil as economic activities pick up steam post the pandemic. Industrial metals also saw gains during the quarter largely driven by higher prices of aluminium, lead and nickel. Agri commodities contributed by sugar and coffee were both sharply higher. Precious metals also gained during the quarter with higher prices seen for gold and silver. However, Gold has been a laggard for the 1H 2021.

WTI crude oil prices rose over 21% in Q2 with a high of over $75-76 per barrel seen during the quarter largely owing to supply-demand imbalances. The demand for crude oil accelerated amid vaccinations and economic reopening. However, the demand seems subdued during the coming quarters as the current prices seem to have factored in the larger economic growth and increased demand globally. Crude oil has had the best performance in 1H 2021 with over 50% gains after being the laggard in 2020 when the pandemic had started.

After a strong Q1 for the Crypto market, Q2 saw a volatile quarter for the digital currencies with a 40% fall for Bitcoins suffering its worst quarter since Q4 2018. However, Ethereum managed to gain about 20% during Q2 2021. The fall in Cryptos during the quarter is largely attributed to China’s ban on financial institutions and payment companies from providing crypto-related services as well as tighter regulations on crypto mining and trading in China. Additionally, Tesla’s CEO Elon Musk also announced that the company would no longer accept cryptos as payments for the delivery of its vehicles due to environmental concerns.

The economic picture remained rosy overall as Q1 GDP grew at 6.4% (quarter-on-quarter) which was modestly lower than the consensus of 6.7%. Growth in consumption remained strong. Industrial activity as measured by Purchasing Managers’ Index (PMI) was at 59.7 in March and moved to 63.9 in June. A reading above 50 signals growth and expansion.

The reopening of the U.S. economy and a quick rebound in economic activities saw a rise in U.S. Inflation. During the quarter, the U.S. Consumer Price Index (CPI) increased by 5% year-on-year although some of the factors suggest that the temporary attributes at play such as lower base effect from 2020 (when the U.S. CPI fell during the initial lockdown) or to that matter the rise in used car prices and other supply bottlenecks which have added to increase in Inflation during the quarter. However, the U.S. Federal Reserve continue to see these inflation hikes as transitory.

Corporate earnings tend to rise alongside the rising prices and as long as rising prices are driven by strong demand, Equities tend to benefit which was also witnessed in the current quarter. (Exhibit 9) Historically, equity investors have worried about rising inflation when it caused central banks to tighten rates or when it caused a recession.

The market is likely to expect the U.S. Fed to commence its tapering in 2022 followed by the first-interest rate hike likely from the second half of 2023. Fed is likely to continue to remain slightly more Hawkish acknowledging that tapering (gradual reduction in the monthly bond-buying program of U.S. Federal Reserve) is being discussed during the quarter. During its last Federal Open Market Committee (FOMC) meetings by the Fed, the median participants now expect two rate hikes sometime in 2023, which is up from the no rate hikes just discussed three months ago in Q1.

Outlook for the Second half of 2021

2H of 2021 is likely to see a return to a much normal U.S. economy and state of affairs as travel and dining resumes and there is also likely to be an increase in the daily commute for many office goers. For the markets, 2H of 2021 is likely to witness high inflation and growth is likely to peak in the next few months due to increased economic activities. The Real GDP growth is projected at around 7% for 2021 which would mark the best performance on the economy since 1984.

The inflation spike seen in the first half of the year is mostly transitory and the central banks are still two years from raising interest rates. Core Inflation may remain at 3.5%-3.7% in Q3 and Q4 respectively and well above 2% in 2022. (Exhibit 10). There are mixed signals given off by the markets. The economic measures in terms of inflation are well above the Fed’s benchmark of 2% which might lead to reducing fiscal and monetary stimulus sooner.

Long-term interest rates are likely to see modest upside over the next few months as growth continues to improve. U.S. 10-year Treasuries are to remain in the range of 1.5%-2.0% for the second half of 2021.

Corporate earnings and growth for 2H 2021

U.S. equity benchmarks are hovering at all-time highs, however, fewer stocks (only 4%) are driving those gains. Potential rate hikes in the future are likely to challenge the equity valuations for growth stocks. The rally in the Bond market seems to be overdone and interest rates have some room to move higher along with the Fed’s taper talks. However, investors are already bearish on bonds which could likely mitigate any moves higher and Equities are likely to remain positive as strong earnings growth persists in the 2H of 2021 which might see modest gains in the second half of 2021.