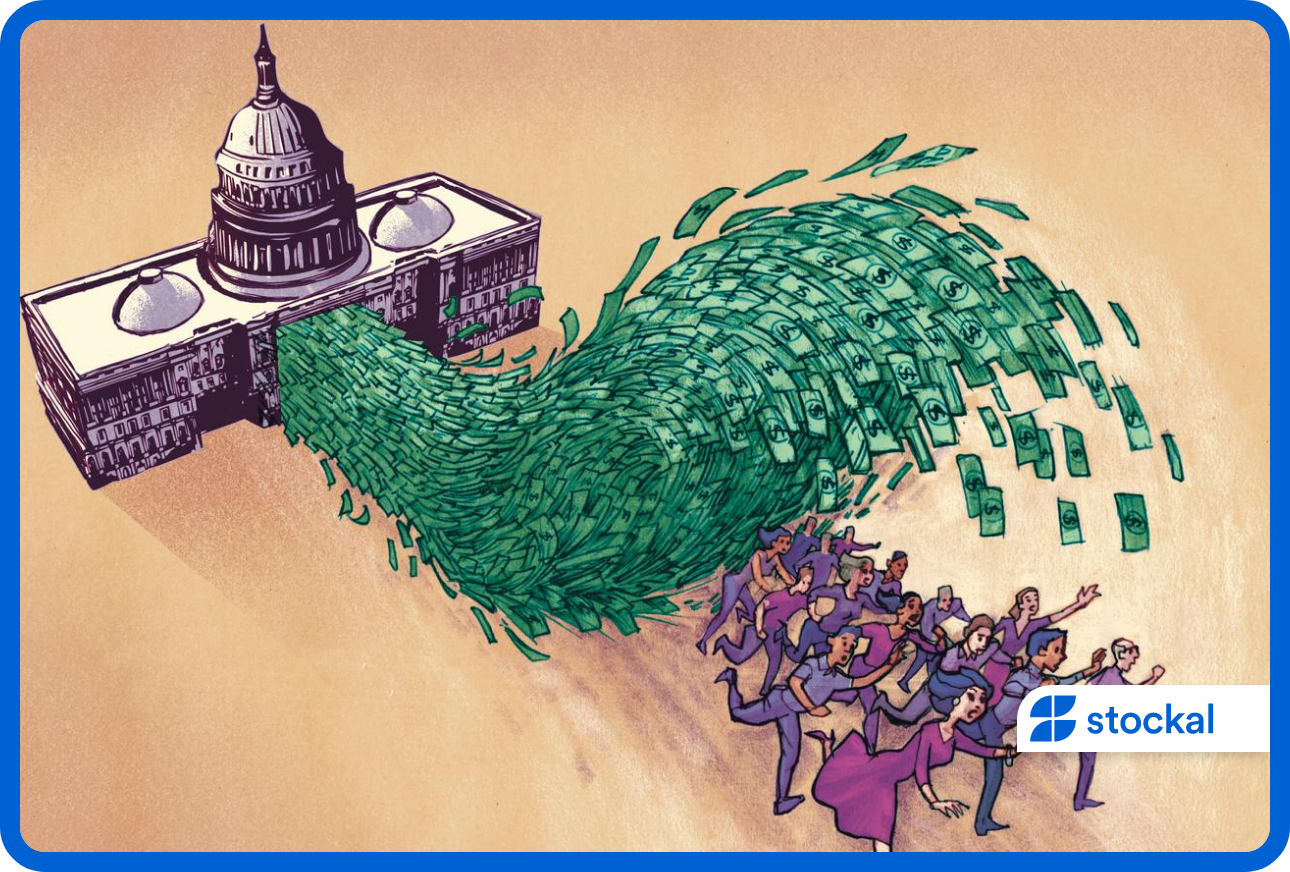 Consumer spending accounts for two-thirds of U.S. economic activity and hence forms the backbone of the American economy. Even though inflation hovers around a 40-year high and the Federal Reserve has hiked interest rates, the good news is that consumer spending has not yet slowed down. Real personal consumption expenditure climbed 2.7% in the first quarter of 2022, in comparison to a 2.5% rise seen in the fourth quarter of 2021.

On a month-over-month basis, real disposable personal income fell 0.4% in March 2022; while real personal consumption expenditure increased 0.2% in the same period. Expenditure on goods decreased 0.5% and on services grew 0.6%. This is because consumer spending is seen shifting away from goods like home electronics to services like outdoor dining, entertainment, and leisure, as people move out of their homes after lockdown. For example, per capita guest spending at Disney’s domestic parks rose 20% over the previous year, and 40% above 2019 levels, as guests paid higher prices to fulfil their pent-up demand.

During the pandemic, American households accumulated around $2.5 trillion in excess savings as government stimulus checks helped them save more while sitting at home. Now that people are returning to normalcy, their heightened expenses have squeezed their savings. According to Northwestern Mutual’s 2022 Planning & Progress study, the average amount of personal savings fell 15% to $62,086 in 2022, from $73,100 in 2021.

U.S. consumer credit grew the most in March since 2010

Despite a 5.5% rise in average hourly earnings over the last year, climbing food, gas, and rent costs have offset the robust growth in wages.  As a result, U.S. consumers are seen taking higher debts to meet their expenses. In March 2022, U.S. consumer credit surged by $52.43 billion – the biggest monthly gain since December 2010 – while markets were expecting a $25 billion increase in consumer credit.

The 14% annual rise in consumer credit in March was well above the 10.2% or $37.7 billion gain in February this year. Revolving credit – which allows an individual to borrow repeatedly upto a certain credit limit and the funds are made available again once the balance is paid off like in the case of credit cards – went up by $31.37 billion or 21.4% in March. Non-revolving credit, which is a one-time loan arrangement like home loan, car loan and student loan, increased by $21.07 billion or 6.1% in the same month.

Analysts expect total credit card balances to hit a new record high soon, in contrast to a steep plunge in 2020. A rise in credit card debt can be seen as a positive sign as it supports consumer spending and ultimately overall economic health. However, it becomes a matter of concern when individuals start using credit cards to meet their basic needs instead of shopping, entertainment, dining out or recreation. In fact, credit card rates are expected to grow higher as the Fed raises interest rates in order to tackle inflation.

Shares of big box retailers Walmart (WMT) and Target (TGT) had their worst day since 1987 as they lost 11.4% and 17.3%, respectively, in a single day after reporting earnings below analyst expectations. Despite the earnings miss, the revenue of both the companies beat analysts’ estimates and reported year-on-year sales growth in the quarter. The companies blamed higher fuel costs and supply chain issues for missing profit expectations by wide margins.

The two companies painted diverging pictures of American consumers. According to Walmart CFO, Brett Biggs, the company saw some people substitute store brands for deli meats and buy a half gallon of milk rather than a full one. On the other hand, some consumers bought new gaming consoles and patio sets. Walmart cut its profit guidance for the year but raised its sales outlook.

Target CEO, Brian Cornell, however, sees a healthy consumer who is living and spending differently. Toy and luggage sales at Target were the biggest gainers as families threw bigger birthday parties for children and spent more on experiences like vacations. The company continues to expect low- to mid- single digit revenue growth for the full year and now sees it’s full-year operating income margin rate in a range centered around 6%.

Home improvement retailers Home Depot (HD) and Lowe’s (LOW) beat the earnings expectations of Wall Street as people spent more money on their own houses as they saw prices of their homes appreciate.

Home Depot, which also beat revenue estimates, said that consumers are trading up to more expensive options. As per CFO, Richard McPhail, consumers are choosing to remodel and stay in their current houses instead of moving out because of rising interest rates and housing prices. The company expects sales growth of about 3% and earnings per share (EPS) to increase in the mid-single digits for 2022.

Lowe’s, however, missed revenue expectations as cooler spring weather hurt demand for its outdoor goods like grill and patio furniture. Moreover, 75% of Lowe’s sales come from do-it-yourself customers who returned to office, which dampened demand for its supplies. However, the company reiterated its prior annual outlook as it is already seeing its sales picking up in May. It is hopeful of making up for weaker revenues in spring with higher sales in the dryer and warmer weather in the second quarter.

Consumer spending has remained robust this year despite rising prices, as evident from increased credit card spends and higher revenues reported by retail giants. Moreover, the current economic environment is quite different from previous times in the sense that people have pent-up demand from sitting at home for two years and they have lots of savings from pandemic years to support their demand. No matter what, they want to go on that long-wished vacation or enjoy their time out watching a movie or eating. Hence, many usual effects of inflation may not be visible this time around and consumer spending is likely to remain strong going forward.

In addition to this, it should be taken into consideration that a part of this high rate of inflation is driven by supply chain shocks induced by geopolitical tensions, and hence this high inflation will not persist indefinitely.  As these supply chain bottlenecks ease, commodity and crude oil prices should soon flatten or reverse while relaxing food and fuel costs for consumers.

Most importantly, consumer spending depends on a strong labour market with an optimistic sentiment that supports real income growth for its people. And as long as consumer spending remains on an upward track, the economy is in a safe zone with a silver lining. As IMF’s Gita Gopinath said at the recent World Economic Forum, the 2022 global growth forecast of 3.6% offers a “buffer” against a potential global recession, despite macroeconomic headwinds like inflation and tightening of interest rates by central banks. She also mentioned that advanced economies, as per IMF estimates, will get back to where they would have been in the absence of a pandemic by 2024, but developing economies will be 5% below where they would have been otherwise.