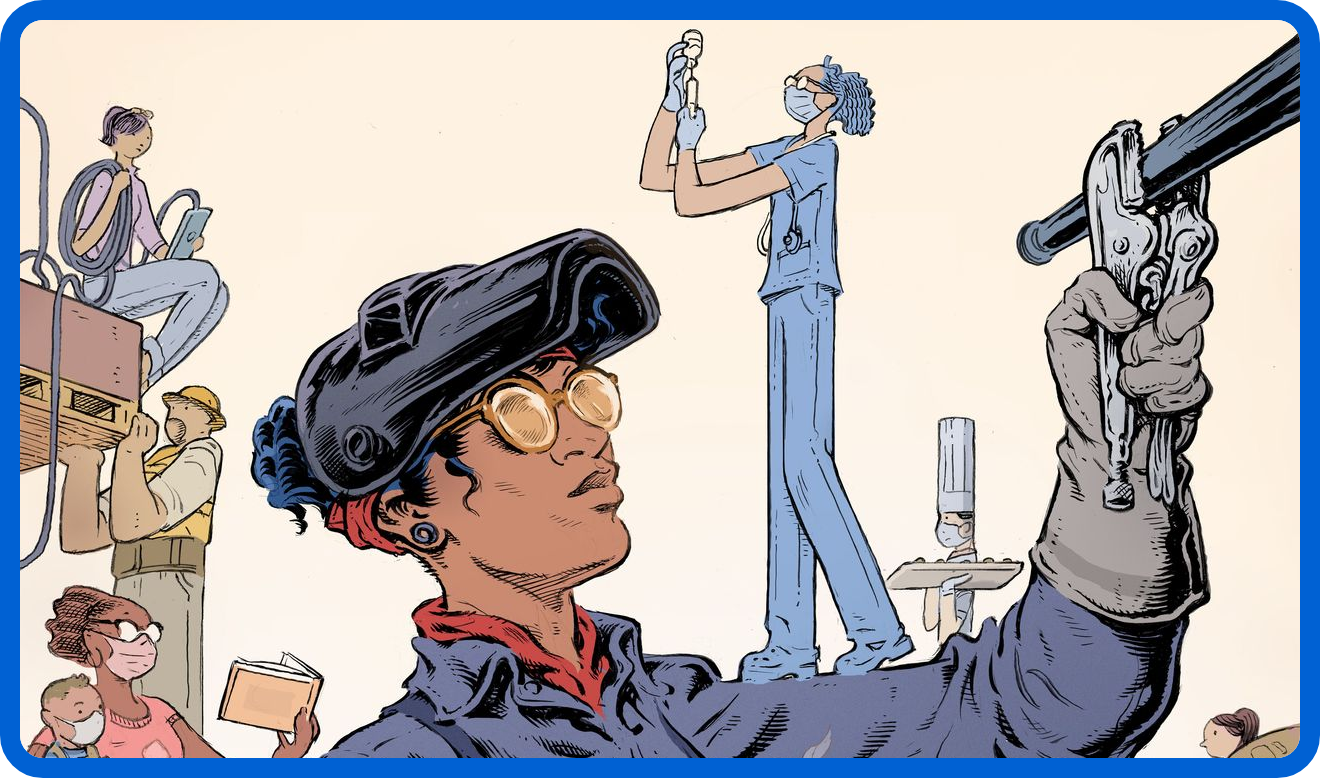 The unemployment rate is at its best level since the pandemic.

The economy may be slowing down, but it sure isn’t grinding to a halt – if the job market is anything to go by.

The U.S. unemployment rate came in at 3.6% for May – the best rate since the pandemic. Given the impact of rising consumer prices, higher interest rates, ongoing supply-chain bottlenecks, and slightly tighter financial conditions, this is impressive.

The U.S. added 390,000 jobs in May, exceeding expectations of 322,000.  Interestingly, most jobs were from the leisure and hospitality industry (>84,000 jobs), while other notable areas of strength were business services, construction, and manufacturing.

Strong hiring in the leisure sector is a nod to the fact that consumption is moving toward the services sector, after an extended period of disproportionate consumer spending on goods.

Also, history suggests that unemployment usually rises before a recession, and the healthy job report counters the whispered narrative of the economy plunging into recession.

The latest read on the jobs market tells us there is still some fuel in the tank that can keep the markets on the road to redemption.

Equities are nearly 6% up from the lows of May – a reminder of the importance of staying invested and ensuring portfolios are aligned to longer-term goals and not panic-oriented headlines.

Ford revs up its EV plans with over 6000 jobs

Ford (F) is juicing up its workforce numbers and adding over 6,000 jobs in the U.S. as it looks to boost its EV production and prepare for a new Mustang.

The worker ramp-up will support increased production of the electric F-150 Lightning, the Transit van, and all-new versions of the Mustang and Ranger pickup.

Interestingly, last week, Ford also delivered its first-ever all-electric truck, Lightning, to a buyer who reportedly got tired of waiting for his Tesla Cybertruck.

As gas prices rose,  there was an industry-wise dip in car sales by a massive 30% in May from last year. However, Ford sales only fell by 5% after it shifted resources to its F-Series and Mustang Mach-E which plays well into its current recruitment strategy.

The electric revolution has hit the road and how! But the road ahead is long and paved with range anxiety, among other issues.

However, demand for electric cars is revving up faster than expected, partially fueled by the price increase in fuel. EV production could lag for years on prolonged chip and material shortages in addition to slow infrastructure development.

So, should you rev up for Ford stock?

Ford stock raced higher in 2021 and into the new year, however, it retreated sharply during the recent market correction.

Although most EV stocks are still commanding sky-high premiums, Ford stock is trading at a price-to-sales ratio of just 0.4, and could be one of the better stocks you could buy for under $20 a share.

Apple does an IKEA

The tech giant says it will publish repair manuals and allow everyday customers to buy the same parts and tools certified technicians and repair shops use.

Apple parts, tools, and manuals — starting with iPhone 12 and iPhone 13 — are now available to individual consumers.

The move marks a significant shift for the tech giant, which has historically restricted access to parts and repair manuals, as well as diagnostic and calibration apps, to its authorised repair programmes. Without Apple-sanctioned ways to repair devices, some users have turned to experts on YouTube and at companies like iFixit to learn how to acquire parts and perform repairs independently.

While this might seem like a generous move by Apple, the tech giant was likely inspired by a raft of proposed regulations born of the “right to repair” movement. More than half the states in the U.S. have introduced legislation that would force Apple to provide increased access to repair parts, though many of the measures have failed.

Sure, the world is increasingly becoming electric; however, an environmentally friendly future of electric-powered transportation, factories, and home heating depends on a large and resilient power grid.

In reality, though, the grid simply isn’t ready to take on the load, and getting there will cost hundreds of billions of dollars.

Enter Eaton (ETN), a power management company, which provides energy-efficient solutions for electrical, hydraulic, and mechanical power. It is one of the leading companies in the sector, and is seeing growth in demand that exceeds its expectations.

Backlog in its electricity segment, which accounts for more than two-thirds of its revenue, grew 76% in the latest quarter, higher than ever, prompting Eaton’s CEO – Craig Arnold to call it the fastest demand in any business that he’s seen in his professional lifetime.

At a time when rising interest rates and weak consumer confidence are hurting most U.S. industries, Eaton has been propelled by a megatrend that is likely to persist regardless of conditions in the economy in the near term. To combat climate change, more services that were once powered by fossil fuels will have to convert to electricity.

FYI, Eaton recently reported record results for Q1 2022 with 10% organic sales growth, above the high end of guidance, record backlog, and accelerating order activity up 30% in electrical, and up 35% in aerospace.

As the demand for high-tech gear helps the sector, Eaton’s most powerful ally is simple mathematics. I.e., countries today are accelerating investments that will pay off for decades for Eaton.

Momentum investing is all about the idea of following a stock’s recent trend, which can be in either direction. For investors following this methodology, taking advantage of trends in a stock’s price is key; once a stock establishes a course, it is more than likely to continue moving in that direction. The goal is that once a stock heads down a fixed path, it will lead to timely and profitable trades.

A good momentum benchmark for a stock is to look at its short-term price activity, as this can reflect both current interests and if buyers or sellers currently have the upper hand.

For Eaton, shares are up 3.08% over the past week, while the electronics industry is down 0.27% over the same time period. Its shares are looking quite well from a longer time frame too, as the monthly price change of 15.52% compares favourably with the industry’s 9.11% performance as well.

Considering all of these elements, this power player has a powerful momentum score. If you’re looking for a fresh pick that’s set to rise in the near term, it would make sense to keep Eaton on your list.