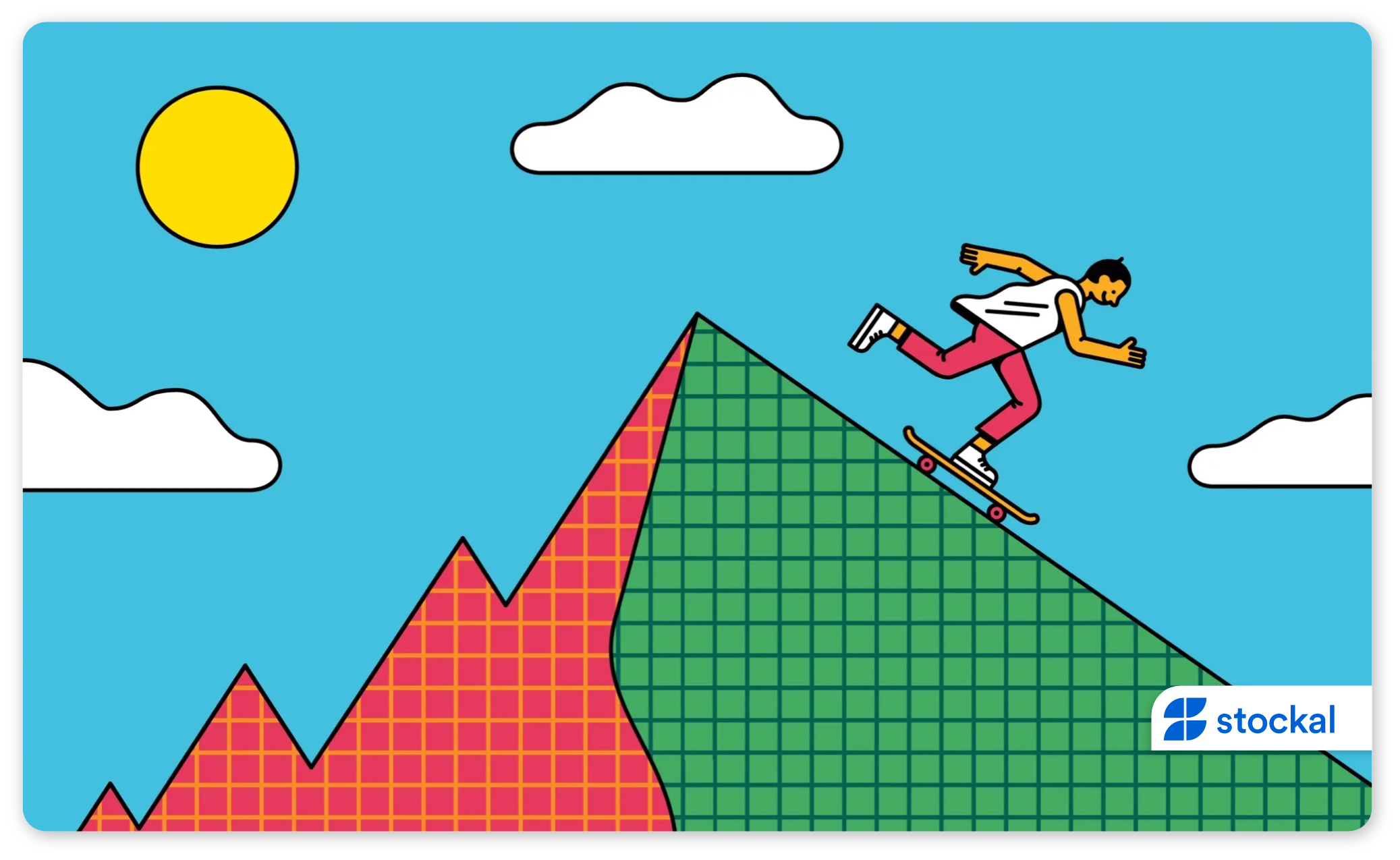 U.S. stocks lost some of that high ground from last week with a synchronized fall – yet remain in a steady and mostly uninterrupted uptrend since the beginning of the year.

The three-week win streak for the major indexes ended as data showing a fall in consumer sentiment overshadowed an earlier report on a sharp rise in retail sales, while corporate earnings reports remained mixed. However, a panic-like selling emerged on Friday afternoon as the stock market’s drop gathered steam in the last hour of trade.

As the market prepares for a post-pandemic course, a quick look under the hood reveals some important reversals. Ten-year yields are below pre-pandemic levels, big tech is back with big wins, the cyclical sectors’ rally has fizzled, market pricing suggests that inflation will quickly subside and central banks are debating policy shifts.

Chip-making giant Intel (INTC) is reportedly in talks to buy semiconductor manufacturer GlobalFoundries for about $30 billion.

The move comes at a time when Intel is launching a major push to become a chip manufacturer for other tech companies.

The deal, which could value GlobalFoundries at around $30 billion isn’t guaranteed yet, and GlobalFoundries could proceed with a planned initial public offering.  Any talks don’t appear to include GlobalFoundries executives, as a spokeswoman for the company said it isn’t in discussions with Intel.

Intel, with a market value of around $225 billion, this year pledged more than $20 billion in investments to expand chip-making facilities in the U.S., and Intel’s new chief executive, Pat Gelsinger has revealed that more commitments domestically and abroad are in the works.

While Intel has had a rough go lately – in June 2020, it suffered a blow when customer Apple (AAPL) revealed that it was moving to its own chips for Mac computers.

Also, AMD remains a big customer for GlobalFoundries—agreeing to a multiyear, roughly $1.6 billion chip-component supply deal this year—and that could complicate this takeover by Intel.

That aside, the company has been making the right moves with new leadership at the helm, which could see it recover lost ground and move ahead with clarity and speed.

Apple (AAPL) is building a buy now, pay later (BNPL) service with Goldman Sachs (GS) that will integrate with its Apple Pay system.

Apple Pay’s large acceptance network and user base could make it a formidable player in the BNPL space.

The product would live within the Apple wallet with two different plan types:

Apple’s expansive reach, including its iOS dominance in the U.S., could position Apple Pay Later to be a formidable player in the BNPL market.

Apple Pay is already accepted at more than 85% of U.S. retailers, according to Apple and the BNPL product might also accelerate the wallet’s penetration: Apple Pay users are projected to make up 43.4% of all US proximity mobile payment users this year, per Insider Intelligence forecasts.

Overall, the move bides well for Apple stocks. Apple has been an American success story several times over. In August 2018, it also became the first company to reach a market value of over $1 trillion, and last year, Morgan Stanley said the company is one of the best 5G wireless investment plays.

Woven Planet Holdings — an entity created by Toyota (TM) to invest in, develop and eventually bring transportation technologies to market — has acquired HD mapping startup Carmera for an undisclosed amount.

Carmera is a spatial AI company, built on the revolution of vehicular crowdsourcing and remote sensing to capture street-level change, at global breadth and high definition depth. It employs an open systems approach. using data from its fleet-monitoring service product to keep its AV maps fresh.

Toyota Motor Corp is an inspired choice for value investors, as it is hard to beat its incredible lineup of statistics on this front. Furthermore, the Zacks Rank #1 company flaunts a robust industry rank (among the top 16%), which indicates that the broader factors are favourable for the company.

Also, Toyota’s Return on Equity is forecast to be high in 3 years (25.33%), and analysts are confident in the firm’s ability to efficiently generate return on equity.