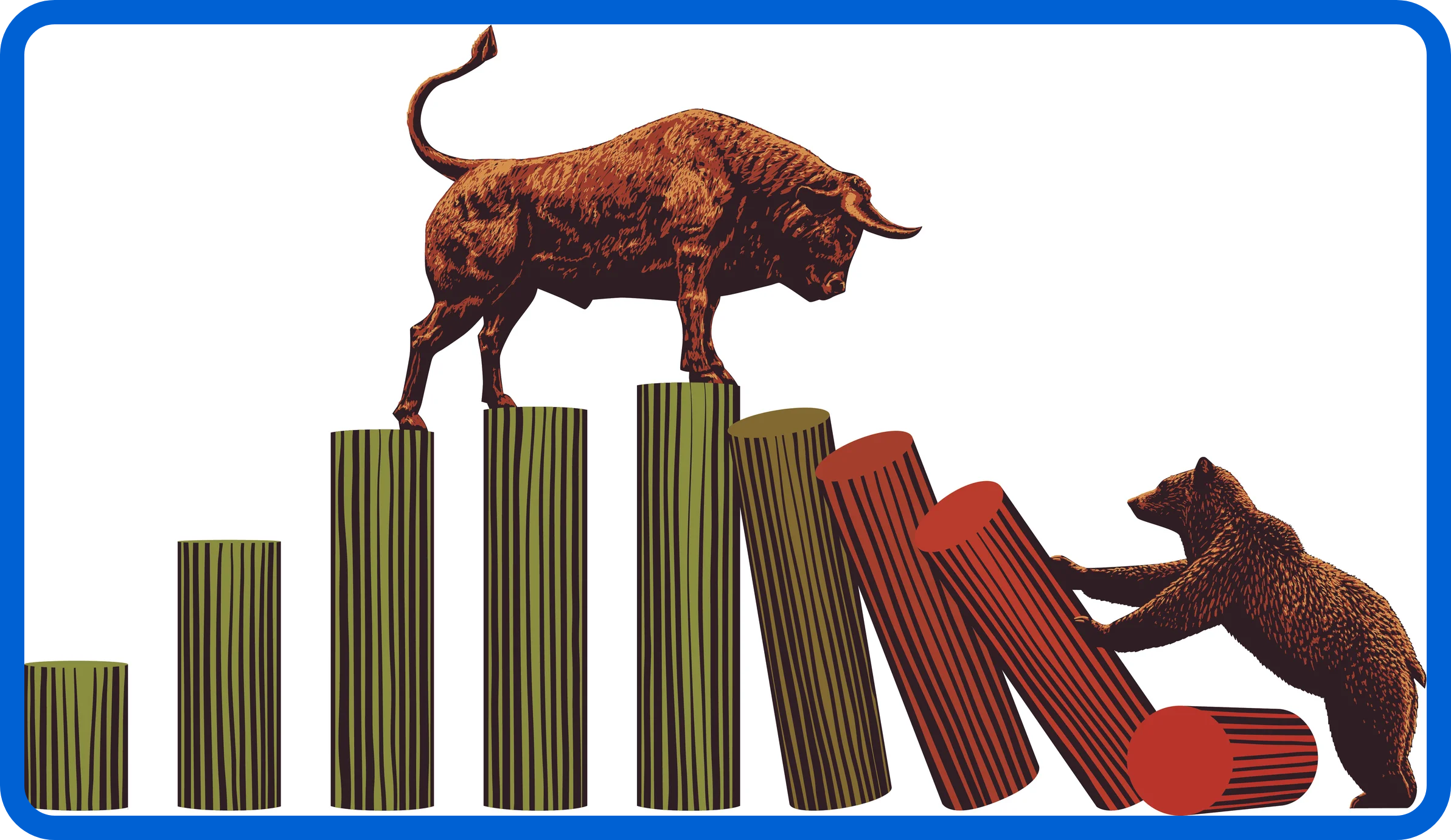 U.S. equities have rallied solidly off the June lows.

“Is this rally for real?” was the question on everyone’s minds last week as stocks rose last week, adding to a run that sent the S&P 500 up 9% over the June lows.

The current rally has been supported by several catalysts: signs of peaking inflation, relief from rising yields and, most recently, corporate earnings announcements.

This rally, however, isn’t running on a full tank of gas, and there are sure to be more bumps on the road ahead. Nevertheless, with stock and bond market declines already factoring in a lot of bad news, investors could be cautiously opportunistic.

Other encouraging signs include the sharp fall in commodity prices in recent weeks, which should provide much-needed relief on the inflation front.

Oil prices are down 20% from their recent peak, and copper and lumber prices have fallen 32% and 60%, respectively. Agricultural commodities such as wheat, corn and soybeans are also down marginally.

Finally, the second-quarter corporate earnings season is here – with much to cheer about. The results were reasonably positive so far – about one-fifth of the S&P 500 have reported profit growth – exceeding consensus expectations by roughly 4%.

Amazon to see ‘healthy’ growth ahead

In its quest to further Prime-ify healthcare, Amazon (AMZN) announced that it has agreed to buy membership-based healthcare provider One Medical for nearly $4 billion.

The deal comes in as Amazon’s third-largest deal ever, after Whole Foods and MGM, which came in at $14 and  $9 billion, respectively. One Medical’s stock price jumped as much as 68% to $16.97 on Thursday morning, on the news.

Amazon already operates Amazon Care, a platform similar to One Medical that connects users to Amazon-affiliated medical professionals. One Medical could be a key partner for Amazon as it expands further into healthcare.

One Medical offers patients 24/7 virtual and IRL care at its 200 clinics through a well-designed app. Patients pay $200 a year just for membership, on top of standard care costs, which can be paid through insurance or out of pocket.

Amazon hasn’t given extensive details about how One Medical will fit into its plans but has said that the current CEO will stay in place.

Amazon has been on the pulse of the healthcare sector for years, albeit without much success. The e-commerce giant bought the online pharmacy PillPack for $750 million in 2018 and leveraged it to launch its online pharmacy in 2020. This move flopped because of a lack of healthcare experience, limited reach, and competing interests for Amazon at that time.

This time, Amazon is better placed to succeed thanks to One Medical’s know-how, market-tested strategy, and roster of over 8000 business clients.

Should you get your pulse racing for Amazon stock, though?

Struggles on e-commerce have given Amazon one of its cheapest valuations in recent years, but they’re likely temporary.

Also, Amazon’s operations go far beyond e-commerce. The tech giant has a hand in many other industries. Amazon Music is a popular audio-streaming platform, and Prime Video is a big player in the video-streaming space. It also owns Whole Foods, a major grocery chain, and its acquisition of  One Medical could be a shot in its arm.

However, the most notable is the company’s cloud computing business, Amazon Web Services (AWS), which is booming.

AWS’ growth runway and juicy margins will help increase the company’s future sales and earnings, especially as this segment accounts for a growing percentage of the company’s total income and just might be worth adding to your stock cart.

Ford (F) pleasantly surprised investors when it announced that it had secured 60 GWh of battery cells that will allow it to build 600,000 electric vehicles by late 2023.

Moreover, it revealed it had contracts for cells that will allow it to build 1.4 million EVs by 2026 and had sourced materials for 70% of the 2 million EVs it plans to build globally that year.

Ford will begin offering lower-cost LFP batteries in its Mustang Mach-E and F-150 Lightning models. The automotive manufacturer is leaning on Chinese battery giant Contemporary Amperex Technology to help it get to its targeted rate of two million EVs per year by 2026.

While LFP batteries provide a somewhat shorter range per pound than Ford’s current batteries, they also cost up to 15% less. They will reduce the company’s reliance on minerals such as nickel that are expected to be in short supply over the next few years.

The company will also lean on its current battery suppliers – Korean companies LG Energy Solution and SK On – to meet its ambitious production goals.

Should you get all charged up for Ford stock?

Ford’s electric road show is accelerating, and how! But the road ahead is long and paved with range anxiety and production concerns, among other issues – which Ford is addressing with this battery move.

Demand for electric cars is revving up faster than expected, partially fueled by the price increase in fuel. By 2030, auto execs expect that half of the cars sold in the US will be EVs.

However, does Ford’s current discounted trading price reflect the actual value of the large-cap? Or is it currently undervalued, providing us with the opportunity to buy?

Given its current price multiple, now is a great time to make a decision on Ford. However, keep in mind the calculated risks that come with negative growth prospects in the future.

With face mask mandates lifted and socialising again on the rise, the makeup category is well on the road to recovery.

Lip makeup is now the fastest-growing area in the category, with sales revenue up 48% in the first quarter of 2022, versus last year.

However, this growth is not just about the market resizing itself and trying to recover the lost volume. According to CivicScience, economic sentiment has been decreasing over the past year, with confidence in personal finances and making a major purchase falling to an all-time low in March, compared to last year.

However, lipstick sales keep growing, week-over-week. This steady growth illustrates consumers’ desire to splurge on this “nice-to-have” makeup item, now that lipstick has a good reason to be worn again.

Lipstick is once again becoming an affordable luxury that consumers can turn to for emotional comfort. The little product, therefore, is making a big impact on brands like Estée Lauder.

As lipstick sales keep growing week by week, prestige brands take a bigger share of sales than mass-market brands. This puts a legacy premier brand like Estée Lauder front and centre of the prospective growth.

Recently, the company’s shares received a lot of attention from a substantial price movement on the NYSE over the last few months, increasing to $285 at one point, and dropping to the lows of $229.

A question to answer is whether Estée Lauder Companies’ current trading price – which is hovering around $260 – reflects the actual value of the large-cap? Or is it currently undervalued, providing us with the opportunity to buy?

Factors indicate that now may not be the optimal time to buy EL, given it is trading around its fair value.

However, the positive outlook means it is worth diving deeper into other factors, such as the strength of its balance sheet, to take advantage of the next price drop.