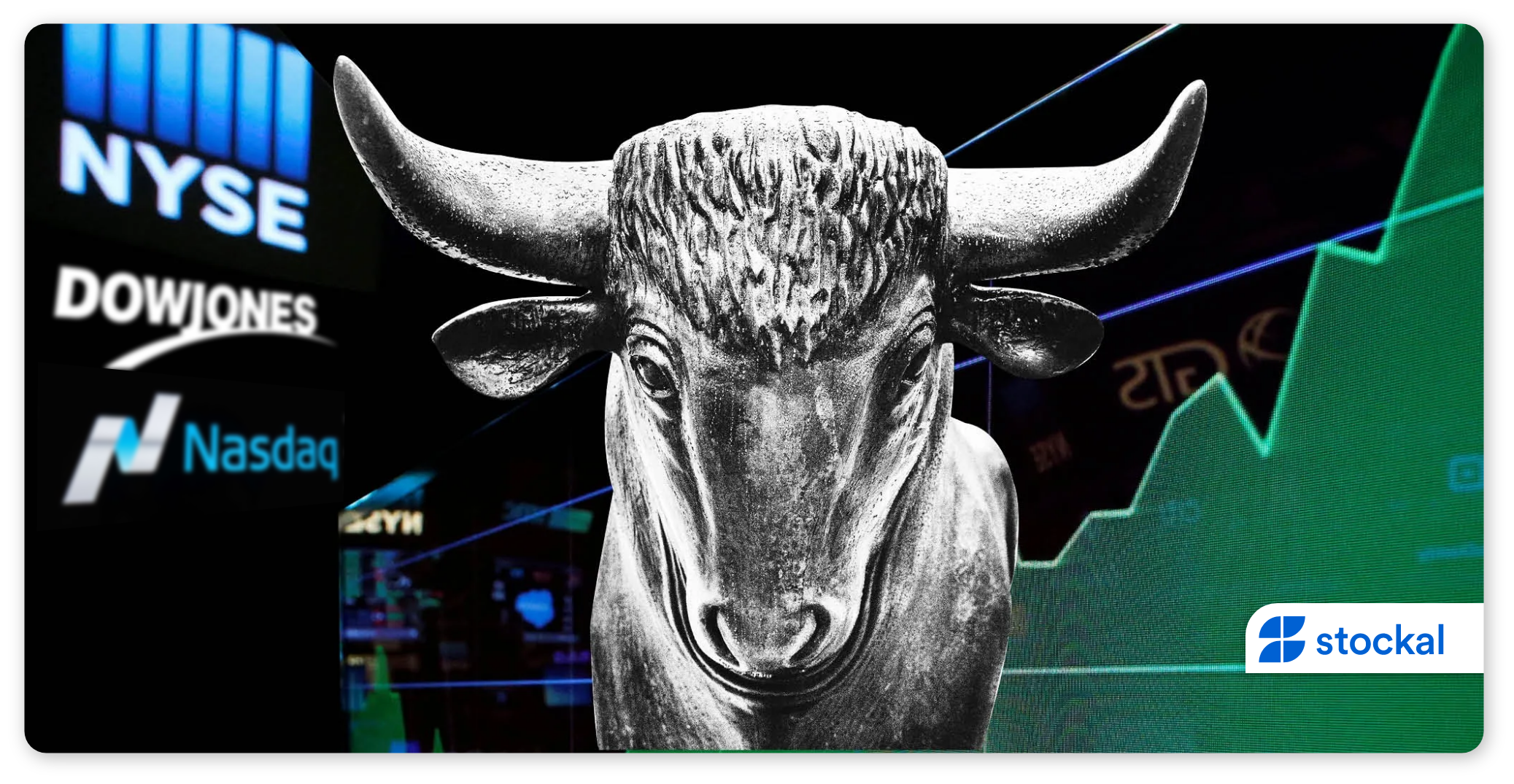 Dow, S&P & Nasdaq closed the week on a high.

Stocks notched up the numbers on Friday, booking gains for the week for the major U.S. indexes, as concerns about out-of-control price rises eased.

The S&P 500 index managed another record Friday, after an infrastructure spending agreement in Washington helped lift the broad market to all-time highs.

The Dow also finished higher with the rise in Nike shares being a big catalyst of its gains.

For the week, the Dow Jones Industrial Average (DJI) advanced 3.4%, marking its best weekly rise since March 12. The S&P 500 (GSPC) rose 2.7%, its largest weekly gain since Feb. 5, while the Nasdaq (IXIC) climbed 2.4%, scoring its biggest weekly advance since April 9.

The Satya Nadella-helmed software giant achieved a market valuation of $2.01 trillion at the end of Thursday’s session, which it closed at $266.69, up 0.53%.

Under CEO Satya Nadella, Microsoft has re-engineered itself in multiple ways to ensure that decades-old cash cows such as Windows and Office are part of technology’s future rather than legacies of its PC-centric past. The company has invested in AI; championed bots as a new computing paradigm; and developed ambitious apps for platforms such as iOS and Android rather than tying its core assets directly to Windows.

While Microsoft might not be as exciting as some of its tech peers, its focus on basic but essential biz necessities are the reason why so many companies still depend on it today. What’s more, business cloud and productivity tools are its biggest growth drivers, today. These dull but necessary tools helped it notch a massive $2T valuation.

Tesla (TSLA) has lost electronics giant Panasonic, one of its key battery-making partners, as a key shareholder.

Panasonic confirmed Friday that it sold its stake in electric car company Tesla for about $3.61 billion in March amid a broader push by Panasonic to reduce its dependence on Tesla as a battery and electronic buyer and raise cash for investments.

Panasonic’s battery business is still dominated by Elon Musk’s Tesla, but the two firms have had a tense relationship at times with executives trading barbs publicly.

Tesla stock is currently not an investor’s favourite. In addition to its lagging relative strength line, it’s also trading below the 50-day moving average.

Some analysts however, think Tesla stock is set to rally. And if Tesla can continue to bounce off its 200-day line, there could be a recovery ahead.

Eli Lilly (LLY) plans to submit its Alzheimer’s drug for market clearance under an expedited review this year, in a sign that regulators are encouraging development of treatments for the disease after a recent approval.

Lilly said Thursday that the FDA had designated the company’s experimental Alzheimer’s drug, called Donanemab, for an accelerated approval process.

The FDA decision comes after the agency cleared Biogen Inc.’s Aduhelm, the first Alzheimer’s therapy to receive approval in nearly two decades but one that has drawn criticism from doctors and researchers skeptical of how the drug works.

Lilly’s shares jumped over 8% on Thursday, while Biogen fell nearly 5%.

Eli Lilly outperformed the broad market S&P 500 index in 2020, but its winning days are clearly not in the rearview mirror. With its strong catalog and pipeline, growing revenues, and the latest development, the pharma stalwart is still an exceptional buy.

Eli Lilly also boasts one of the more diverse catalogs in the industry, and last year boasted nine drugs that individually raked in more than $1 billion annually.

Up, down – but mostly up, Eli Lilly also continues to make acquisitions to further bolster its pipeline. It laid out $880 million for Prevail Therapeutics, gaining access to gene therapies that will expand its neurodegenerative diseases portfolio and drug candidates, pointing to it being a good buy for the long draw.