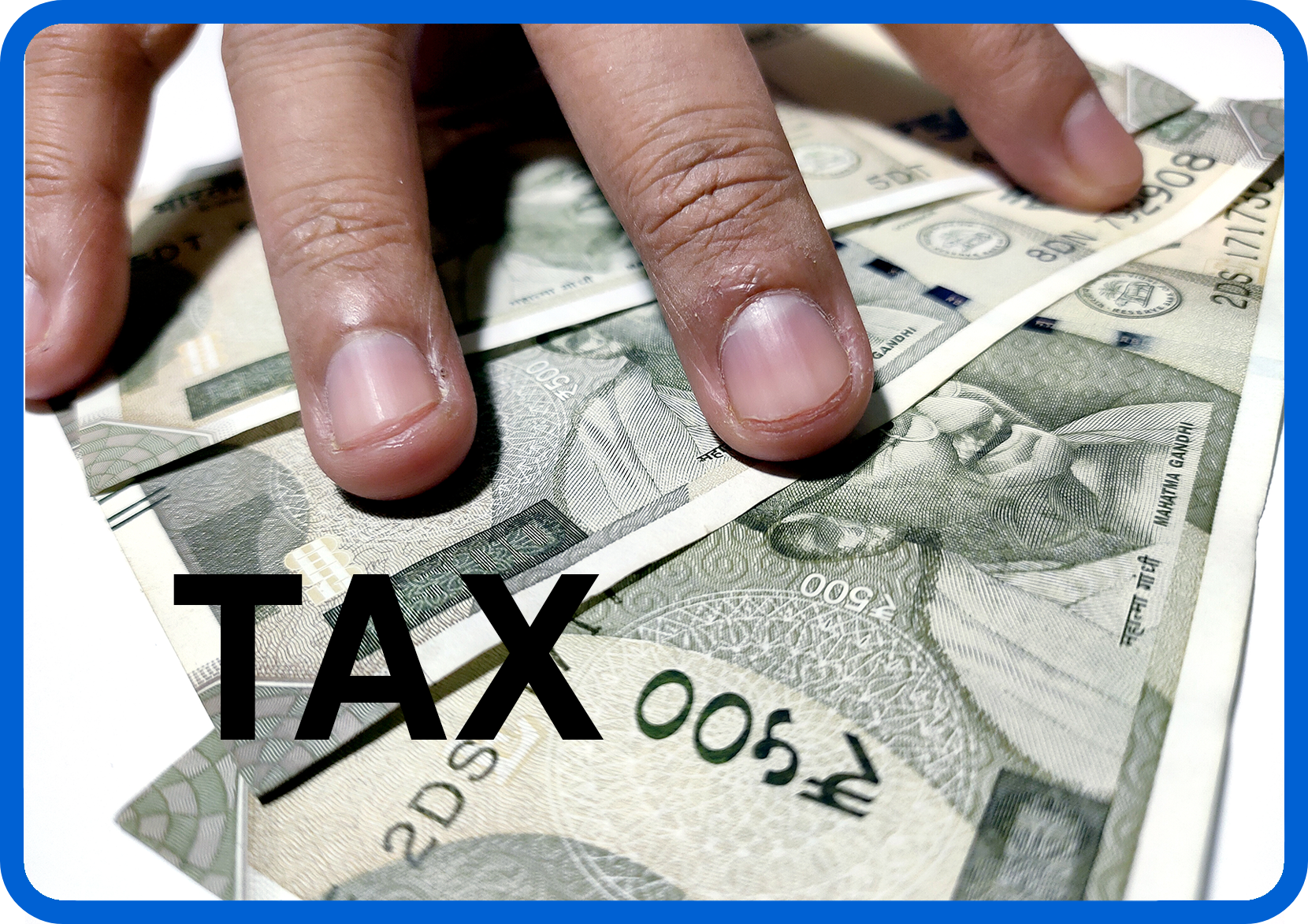 Over a period of two decades, many companies have given exorbitant returns in the U.S. stock market, and each year, an increasing number of global investors are investing in U.S.-based companies. Since the Reserve Bank of India has opened doors for Indians to buy stocks of U.S. companies via the Liberalized Remittance Scheme (LRS), many domestic investors have taken advantage of it.

As per the LRS, all Indian residents can freely remit up to $250,000 in each financial year for current or capital account transactions. This remittance can be utilized for any permissible purpose such as purchasing financial assets like shares, ETFs, bonds, or acquiring immovable property,  except those remittances that are specifically prohibited, like winnings from the lottery, income from racing, etc.

Income from US Stocks in India

Income earned  investing US stocks from India can be divided into (i) Capital Appreciation and (ii) Dividends. Let’s take a look at these two types of earnings.

Now let’s see how these incomes are taxed.

Implications on Capital Gains taxes on US stocks in India

As discussed earlier, capital gains are the stock’s original purchase price appreciation. Continuing with the same example above, the capital gain of $50 earned by selling $100 stock for $150 is not taxed in the U.S. However, you will be liable to pay tax on this $50 in India. Since there is a Double Taxation Avoidance Agreement (DTAA) between the U.S. and India, the same income is not taxed twice.

So now that you are aware of this let’s move forward to the rate at which this income will be taxed here. The tax rate on this capital gain depends on the period of holding of shares. The magic number here is 24. If you hold the shares for a period of 24 months before selling them, the capital gains earned from them are marked as long-term. Contrarily, if you sell the shares before the expiry of 24 months from the date of purchase, then the capital gains are marked as short-term.

For example, if you invested $500 in U.S. stocks in January 2021 and sold them for $700 in February 2022, your short-term capital gain will be $200 since the investment duration is less than 24 months. This STCG of $200 will then be added to the other income you earned in India, and based on that, your total income will be taxed as per the applicable tax slab.

The DTAA between the US and India states that, except for shipping and aviation companies, both nations may tax capital gains per their respective domestic laws. In other words, capital gains are typically subject to taxation in accordance with the nation’s internal laws. For instance, a resident Indian who receives long-term capital gain earnings from U.S. equities is subject to a maximum tax of 15% under U.S. tax regulations. However, if taxable income amounts to less than $80,000, no net capital gain tax is due. The resident individual is obligated to pay the long-term capital gains at a rate of 10% on amounts over Rs. 1 lakh in accordance with the Indian Income Tax Act, 1961. In the event that the gains are taxed in India, the US government will credit the tax that was paid there.

As discussed above, a dividend is declared by the company as a share of its net profits. If the company you invested in pays a dividend of, for instance, $100, then the tax of 25% is deducted in the U.S. As a result, you will receive only $75. Unlike capital gains, which are not taxed in the U.S., tax on dividends is deducted before reaching your hands. However, this tax rate is lower than the rate applicable to other foreign investors in the U.S. on account of the tax treaty signed between India and the U.S.

Moreover, this dividend is taxed in India as well. You must add it to your total income, and the tax is paid as per the applicable tax slab. So is this dividend income getting taxed twice, in the U.S. and India? Well, yes! But since the two countries have a double tax avoidance agreement (DTAA), you get the tax credit of $25 you paid on a $100 dividend income.

Let’s look at some numbers to grasp this. Suppose, after adding this income of $100 to your total income in India, your tax liability arrives at $40. Since you get a tax credit of $25, you can utilize it to reduce your Indian tax liability and pay only the balance of $15.

The table below summarizes taxes on US stocks on dividends as well as capital gains on U.S. stocks as they are taxed in the hands of Indian investors.

Investing in the US Stocks

All the concerns of Indian investors planning to invest globally boil down to taxability and stock selection. While the implications of tax on US stocks in India might seem higher compared to local investing, global markets’ potential is much superior. The example of Apple growing its shareholders’ wealth by 2,12,000% in 40 years is right in front of us.

Fundamentally strong U.S. companies and giant conglomerates can be preferred for novice investors. The world’s top companies, like Google, Amazon, Disney, Facebook, Netflix, Tesla, Uber, Tesla, Apple, etc., are listed in the U.S. stock markets and are watched by Warren Buffett, Peter Lynch, and Jesse Livermore, to name a few. The important factor to note here is – fundamentally strong companies.

The US stock market represents some of the top international companies with the largest market caps. The US share of the Global Top 100 corporations by market capitalization is close to 63% and has been increasing over the past ten years..

To sum it up

For a resident of India, the income earned from any foreign country is taxable as per the Income Tax Act. However, for income earned from countries with which India has a tax treaty or double taxation avoidance agreement (DTAA), like the U.S., the taxability is liberal. It is important to note that, for any resident of India having an off-shore source of income or investment, it is mandatory to file an income tax return.

To make the most out of investing in US stocks from India, you can open an account with Stockal which offers an investment platform and provides world-class research details. With no minimum investment limit and an easy onboarding process, you can begin to unlock the potential of global investing with Stockal.

To learn more on tax on US stocks in India, you can visit Stockal’s website.

Where can I find Stockal’s tax information? 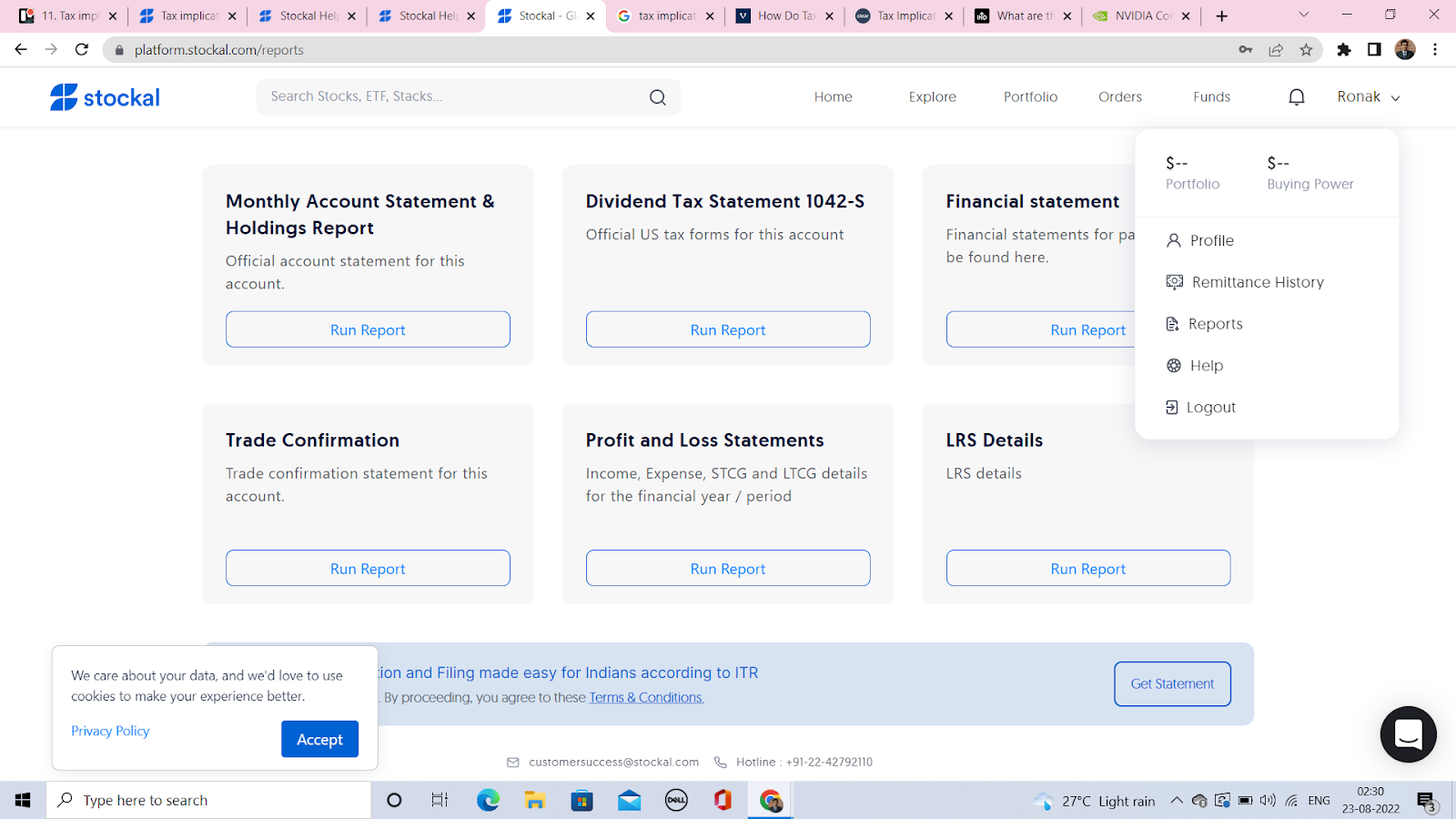 Even if I don’t owe any taxes, must I record my holdings or profits in India on a yearly basis?

A ROR is required to file an income tax return if they have any sort of offshore assets.

Can I receive indexation benefits when I transfer shares that are listed abroad?

Indexation is a provision that lowers the cost of long-term-held capital assets in response to inflation. Foreign assets must have been held for a minimum of 24 months to be recognized as Long Term Capital Assets and receive indexation because they are considered unlisted securities.

Can I deduct my fees and brokerage costs when calculating my Indian capital gains tax?

Yes, any expenses made in connection with the transfer or sale of an asset may be deducted for calculating capital gains. It is important to remember that AUM fees and yearly membership fees cannot be deducted because they are associated with keeping capital assets rather than with their transfer.

Can I use my other earnings in India to offset the losses I incurred when transferring international listed securities?

What TCS rules apply to an investor’s overseas investment, including any thresholds that may apply (if any)?

According to the Finance Act of 2020, TCS at 5% is only applicable if and when a financial year’s foreign remittance exceeds INR 7,00,000.

Can I carry forward the losses incurred from dealing in foreign listed securities under Income Tax Act?

Is there a limit on the maximum number of foreign securities to be held by an Indian Resident?

An Indian resident is permitted to hold an unlimited number of foreign securities. Nevertheless, under the Liberalized Remittance Scheme, a resident individual may only send up to USD 2,50,000 abroad in a single fiscal year (April – March).

Investing
Unsure about Direct Investment in the US? Stack Up With Stockal!
November 28 2022
Other Categories