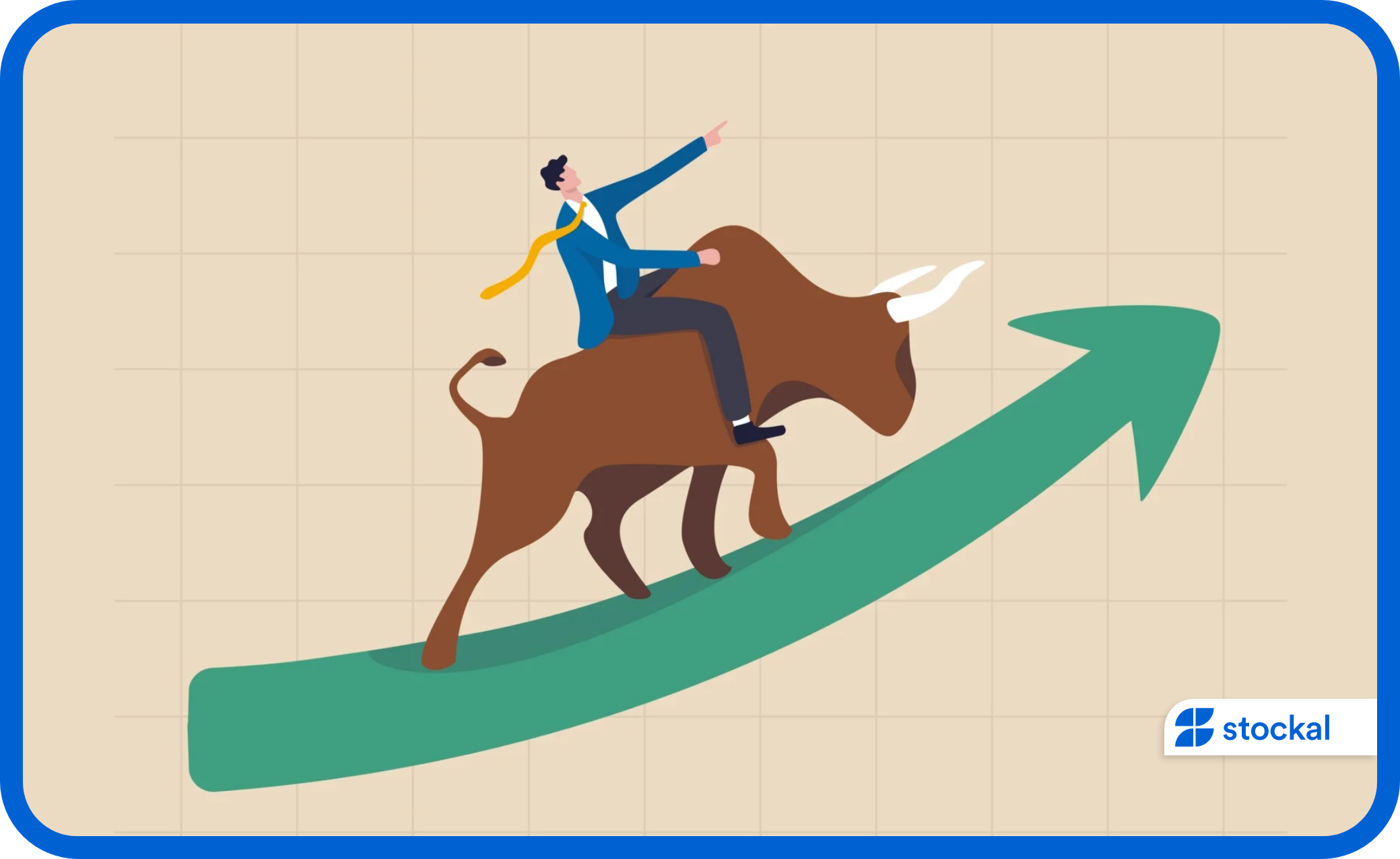 A strong labour market is boosting household spending in the U.S.

The Thanksgiving-shortened week ended on a not-so-thankful note for Wall Street, as news of a new COVID-19 strain overseas sparked worries over potential renewed lockdowns, with equity markets seeing the steepest daily decline in two months.

However, the U.S. economy also showed broad-based signs of acceleration heading into the end of the year, with consumers ramping up spending, businesses stepping up investment and jobless claims falling to historic lows.

Household spending rose 1.3% in October from a month earlier, while personal income increased 0.5% last month, the Commerce Department said Wednesday. Consumers are benefiting from a strong labour market. And they are spending at a faster pace than inflation, which recently hit a three-decade high.

Stocks are under pressure, driven by fears that the omicron variant of the coronavirus identified in South Africa could disrupt the economic recovery.

During the shortened trading day because of the Thanksgiving holiday, volatility spiked the most since May. Travel-related and cyclical stocks declined the most, and oil was nearly 12% lower, its worst daily performance in 20 months.

Consistent with the risk-off equity-market reaction, government bonds were higher and yields sharply lower, with the U.S. 10 Year Treasury falling to 1.50%.

For the Thanksgiving week that ended on Thursday, Wall Street’s bellwethers saw synchronised drops. The S&P 500 fell by 2.2%. The blue-chip Dow fell 2.0% and the tech-heavy Nasdaq Composite dropped the furthest by 3.5%.

General Motors is testing the waters with electric boats

Founded in 2011, Seattle-based Pure Watercraft makes electric motors for boats powered by lithium-ion batteries and uses a plug-and-play design mechanism that allows for any boat hull to use its motors.

The Detroit automaker revealed that it bought the stake in Pure Watercraft for a venture that it says will develop and commercialise battery-electric watercraft. Through this acquisition, GM technology combined with Pure Watercraft propulsion systems will help expand all electric marine transportation.

The carmaker in October outlined plans to double its revenue by 2030 and become the leader in U.S. electric vehicle sales.

Notably, through 2025, GM has plans to invest $35 billion in electric and autonomous vehicle technology to gain significant market share in EVs in North America.

General Motors’ revenue may be plunging, but its profitability is holding up. The company easily beat analysts’ earnings estimates last quarter, despite a 25% year-over-year decline in revenue. Its management also raised their full-year EPS forecast and said that adjusted operating profit should reach the high end of its guidance range. However, GM reduced its outlook for free cash flow.

As we head into 2022 and look beyond, GM has a golden opportunity to lay the groundwork and ultimately convert 20% of its massive customer base to EVs by 2026 and north of 50% by 2030.

Consensus among analysts is a ‘strong buy’ based on 12 buys and 1 hold. The average General Motors price target of $74 implies 15.5% upside potential from current levels. Also, its shares have gained 43.1% over the past year.

Zoom could be zooming out of its boom

On Monday, Zoom (ZM) posted slightly better than expected earnings — but revenue growth slowed for the third consecutive quarter – signifying that its boom just might be over.

Zoom, the ‘Xerox of video calling’ is now focused on two things: corporate customers and new offerings as it looks to pivot from tapering off – and with good reason. The number of its customers who spend $100K+ annually nearly doubled last quarter from last year, to 2.5K. Zoom is also exploring growth opportunities, like licensing its video tech to other apps and letting people host paid events, like yoga classes.

Zoom’s growth didn’t just slow from pandemic highs: It had its slowest quarter since 2018.

Other pandemic thrivers also experienced the “DPF effect” — demand pulled forward. Demand boomed all at once early in the pandemic, then slowed as new customers dwindled.

Zoom could still lose the battle to the conference room – but not just yet. Uncertainty about a new emerging coronavirus strain could continue to dampen return-to-office plans.

People might be returning to offices, gyms, and schools, not everyone is experiencing subscription-attrition. DocuSign’s subscription revenue grew faster last quarter than a year earlier, because people who started signing digitally aren’t returning to physical paperwork.

Zoom’s stock has declined about 40% over the past 12 months as investors fretted over its post-pandemic slowdown. That sell-off continued after its third-quarter report on November 22.

Zoom has an attractive brand and a sticky platform, but it’s unclear if it can continue generating double-digit sales growth as the pandemic ends and Microsoft (MSFT) aggressively expands Teams.

We recommend monitoring Zoom’s growth over the next few quarters to see if its year-over-year growth stabilizes before buying any more shares.

Dating giant Match Group (MTCH) i.e. the parent group that owns Tinder, Hinge, OKCupid, and 20+ other e-romance businesses is now moving beyond algorithm-based matches to bring in a human dating coach to boost compatibility for its users. For $5 a week, Match.com users can now lean on human dating coaches to handpick two top candidates based on their answers to four personal questions.

For some singles, the pandemic added urgency to find a serious relationship, leading Match to create the added feature.

During the pandemic, couch-bound singles flocked to dating apps for virtual company. Bumble video-chat usage soared 93% after a national emergency was declared, and Match added features to its apps — think free video calls, virtual trivia nights, and Insta-like social feeds. But the real money is in paid subscriptions like Tinder Gold and perks like unlimited swipes. Case in point: Tinder is the number one grossing lifestyle app worldwide, with a record 10.4 million paying customers last quarter. Human matchmaking could be apps’ next premium perk.

Algorithms have enabled personalized experiences on a broad scale. Human curation, while being more expensive, increases the IRL connection that many crave in an algo-driven world. That could become a competitive advantage for apps like Match.

Match Group, Inc., through its portfolio companies, is a leading provider of dating products available globally. Its portfolio of brands include Tinder, Match, Meetic, OkCupid, Hinge, Pairs, PlentyOfFish, and OurTime, as well as a number of other brands, each designed to increase users’ likelihood of finding a meaningful connection.

Should you swipe right for Match stocks?

Online dating, especially through mobile applications, has grown like wildfire over the past 5 to 10 years and has made long-term shareholders of Match Group very wealthy in the process.

But that’s not all, the online dating market is poised to grow over the next decade, and Tinder continues to dominate the dating app world, but Match Group has other offerings too. Match also has other offerings for newer audiences. Its fast-growing app, Hinge, is capturing young audiences at a solid pace.

In addition, Match spoke today about its broader plans for a dating “metaverse,” and avatar-based virtual experiences that may later roll out to apps across its portfolio, including Tinder.

With a market cap of $43 billion, Match Group trades at a trailing price-to-sales (P/S) ratio of 17.6. While this might seem expensive, with high margins, the stock is at a stomachable trailing price-to-operating-income (P/OI) of 52.5. Combine its diversification, strong execution and the steady growth of online dating around the globe Match looks like a company you could swipe right for.