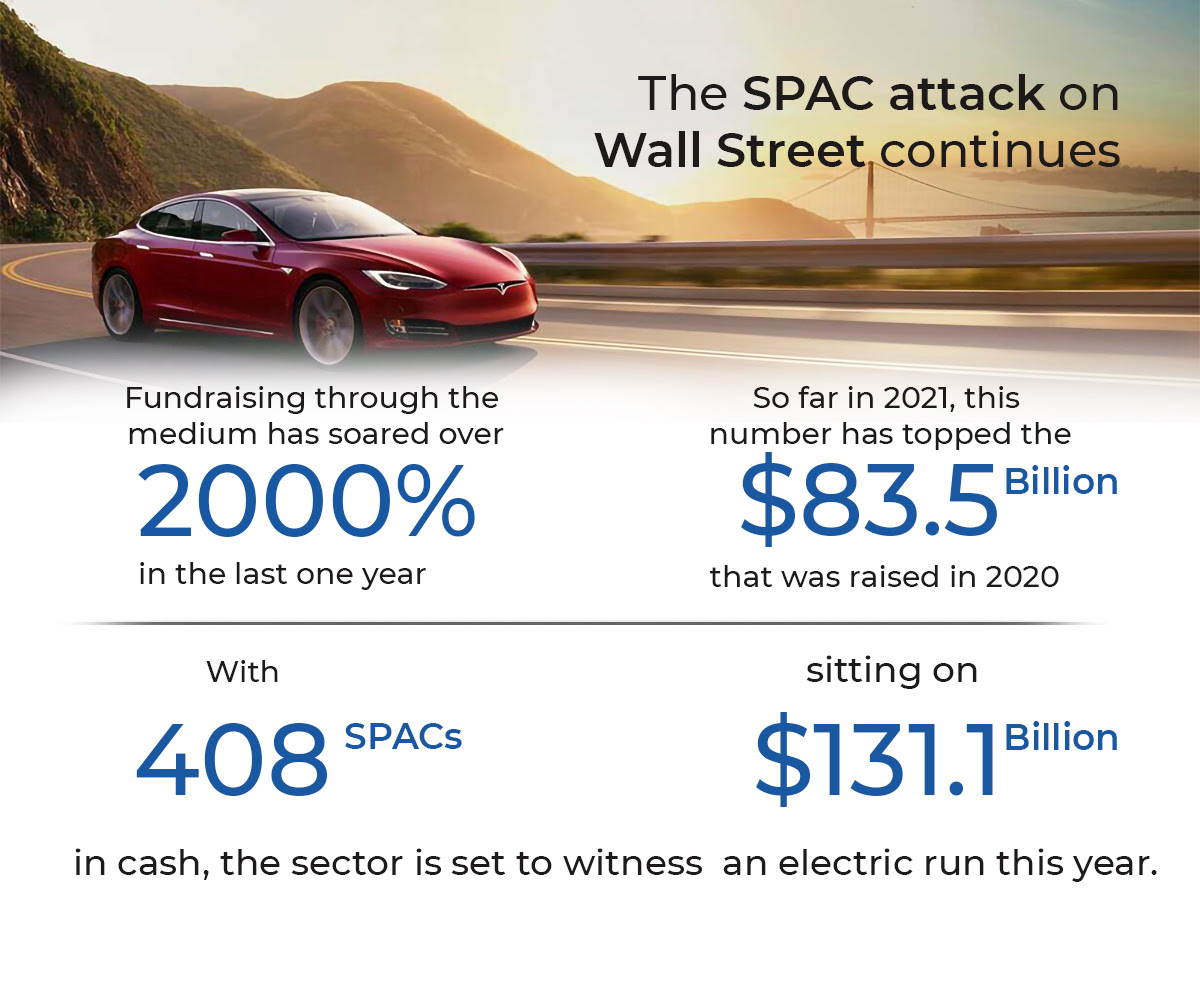 This is also powering the growth highway of several electric vehicle companies. Watch out for the likes of Fisker (FSR), Nikola (NKLA), Lordstown (RIDE), Lucid Motors (CCIV) and XL Fleet (XL), among others. SPACs have ensured these capital-heavy firms have ample money to fasten production and revenue.

However, when compared with EV giant Tesla (TSLA), these companies do have some catching up to do.

SPAC’s got your back

But, Tesla’s mind-boggling growth story (there are four Teslas sold among every five e-vehicles sold in the U.S.) and its sharp rise (the stock returned over 600% last year) has also boosted the prospects for other EVs. This is above the flush-with-liquidity situation that SPACs have brought to the fore for EVs. Here’s a look at few of their projections:

The company aims to cross the $10-billion in revenues within three years of launching its sales and production. It took Google eight years to reach that milestone. And that’s the fastest ever for a U.S. startup so far.

Having launched its first car this year, it targets clocking sales of $22 billion by 2026. The company had merged with Churchill Capital Corp IV (CCIV) recently.

Its early-2021 announcement of more than 100,000 reservations for its Endurance electric pickup was a big boost. It is aiming to start production by September.

It is targeting roll out of its first vehicles this year, on top of making significant progress in hydrogen fuel infrastructure.

However, the ride can be bumpy for some of these companies.

EVs have grabbed the limelight and the onus is on them to boost production and sales to keep up with its popularity. While some companies may take months or years to roll out products and meet their ambitious revenue targets, investors are upbeat about the sector in the long term – governments are pushing for clean energy and transportation as well as widening electric infrastructure, among others. What’s more? Citizens and companies alike are being incentivized to switch to cleaner fuel sources and vehicles, which is likely to boost sales and, possibly, the shares of such firms ahead.