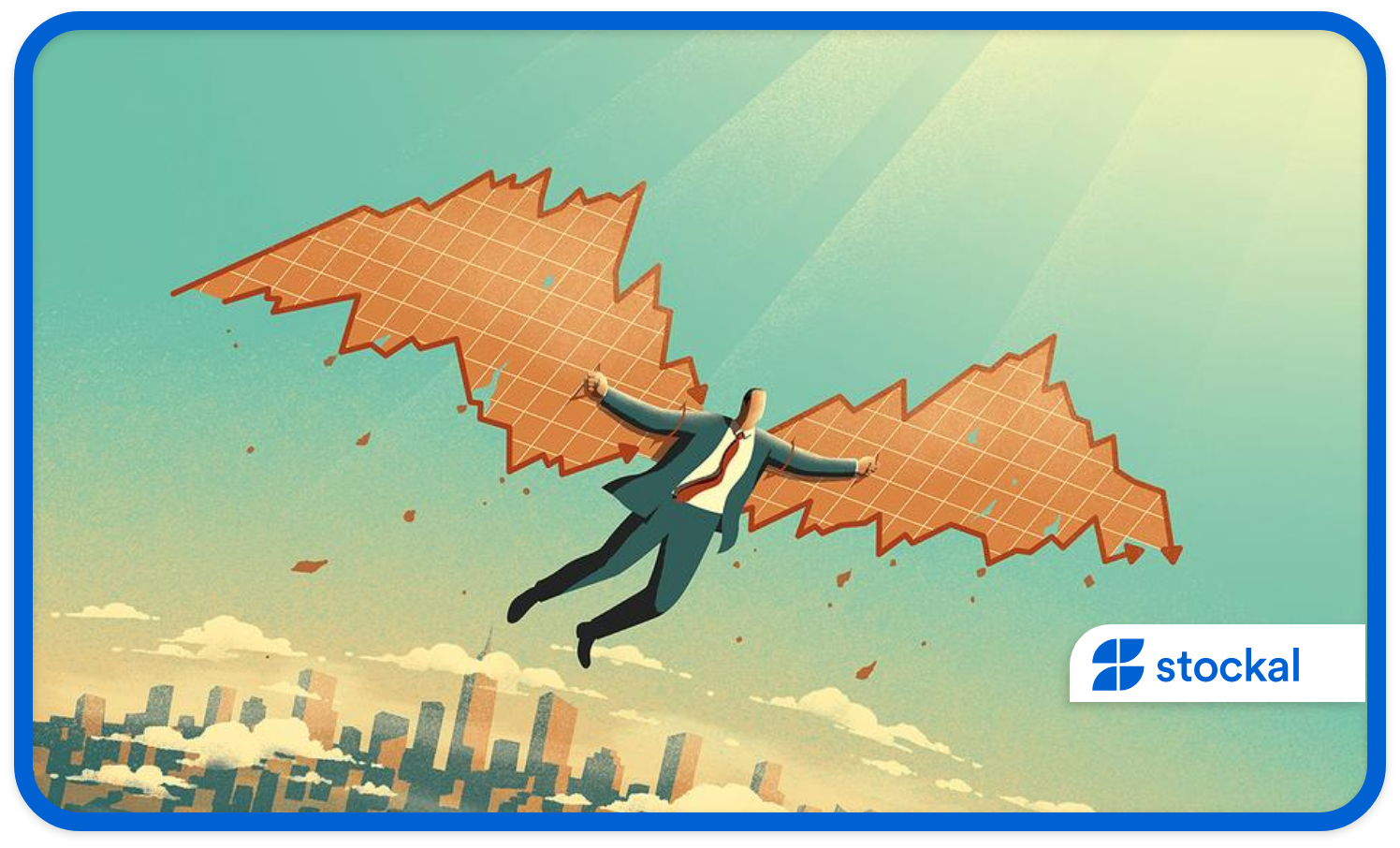 It may be fall season, but not for U.S. Stocks – which hit an all-time high last week after the S&P 500 notched a seven-day winning streak, its longest since July.

The climb marked a sharp reversal from just a week ago when the Dow suffered its worst stretch since October after the Fed signalled that it would aim to raise interest rates sooner than previously anticipated.

As economic data have caught up, with areas from consumer spending to housing to the labour market showing sustained improvements, investors have bet that stocks can continue to march higher.

While it is still too early to draw conclusions from corporate earnings results, the third-quarter earnings season is off to a solid start, helping lift sentiment. Equities have gained almost 6% this month, fully recovering from last month’s losses.

Energy shares were among the biggest gainers in the broad market the past week, jumping alongside the price of crude oil.

For the week, the three bellwethers ended the week with synchronised and reasonably significant rises. The Dow moved up 1.08%, the S&P 500 gained an impressive 1.64%, while the tech-heavy Nasdaq gained a respectable 1.29%.

Tesla revs up a record revenue and profits

Tesla (TSLA) notched a third consecutive record quarterly profit, thanks in part to the electric vehicle maker’s ability to navigate persistent global supply-chain disruptions. Tesla is more vertically integrated than many automakers. This helped the company navigate the global chip shortage more smoothly than some of its competitors.

FYI, in the previous quarter, Tesla raked in $12 billion in sales, nearly double from a year ago. For reference, Chinese EV-competitor Nio (NIO) generated over $1 billion in Q2.

The company’s record results were driven by improved gross margins of 30.5% on its automotive business and 26.6% overall, both of which are records for at least the last five quarters.

Even though it fell initially, Tesla’s stock hit a new all-time high in Friday trading, and closed at a record.

Tesla’s results mark the ninth straight quarter of profit for the company.

Tesla also hit another delivery record last quarter, with 240K cars. In the previous quarter, Tesla raked in $12 billion in sales, nearly double from a year ago. For reference, Chinese EV-competitor Nio, generated over $1 billion in Q2.

Tesla recently launched full self-driving for select drivers, even though its Autopilot feature was flagged down by regulators. So, it bears seeing if Tesla can keep up the record pace and manage its self-driving woes.

Yes, there are still Tesla bears out there who believe the stock is overvalued. Whether the stock rises or falls in the short run is anyone’s guess. For now, though, the momentum belongs to Tesla bulls.

Shares of payments behemoth PayPal (PYPL) fell 5.9% on Thursday, a sign that investors have doubts about the company’s potential purchase of Pinterest Inc. (PINS).

PayPal’s history of turning acquisitions into profit drivers is mixed. As part of a 2013 acquisition of another company, PayPal took over Venmo and gained access to its base of millions of young users. Almost a decade later, Venmo still hasn’t turned a profit for its parent company, though executives have said they expect it to next year.

PayPal’s fast-growing company remains one of the top stocks in today’s stock market. But is its stock a buy in the current stock market rally?

With a lower price, PayPal could potentially need to hand a larger portion of its shares to Pinterest investors. The worse-than-expected stock reaction has complicated discussions and could put the deal in jeopardy, though it is too early to tell.

PayPal triggered the 7%-8% loss rule from its 296.11 buy point in a cup with handle amid sharp losses in August, so the stock is not a strong buy right now.

Domino’s posted sales of $998 million – less than the $1.03 billion that analysts were anticipating.

Most restaurants have reopened their dining rooms, slowing the growth in delivery sales. Nearly 30% of U.S. diners said they expected to order delivery less from restaurants in the future, according to a survey by industry research firm Revenue Management Solutions.

Domino’s also attributed some of the decline in U.S. orders to a reduction in federal stimulus payments to consumers during the period. Government payments in spring that helped the chain and other restaurants didn’t occur again over the summer, reducing sales, the company said. Delivery sales particularly were hurt by fewer payments going to U.S. consumers, Domino’s Chief Executive, Ritch Allison told investors.

For 10 long years, Domino’s has been one of the best-performing stocks. And while it’s direct competitors are chains like Pizza Hut (YUM) and Papa John’s (PZZA),its real competitors are online-ordering apps like Grubhub (GRUB), DoorDash (DASH), and Uber Eats (UBER). Domino’s is one of the few big chains that refuse to work with outside delivery apps, so it has full control over its service. Responding to consumers who were irritated by all the fees charged by delivery apps, it focused on tech, speed, and delivery freebies last quarter.

While the stock is unlikely to repeat the fireworks it experienced a decade ago when it first set out on its turnaround strategy by changing its pizza recipe, the restaurant stock still looks like a solid bet to outperform the S&P 500. If you’re looking for a stock that offers growth, income, a recession-proof business model, and a reasonable valuation, Domino’s looks like a good choice.