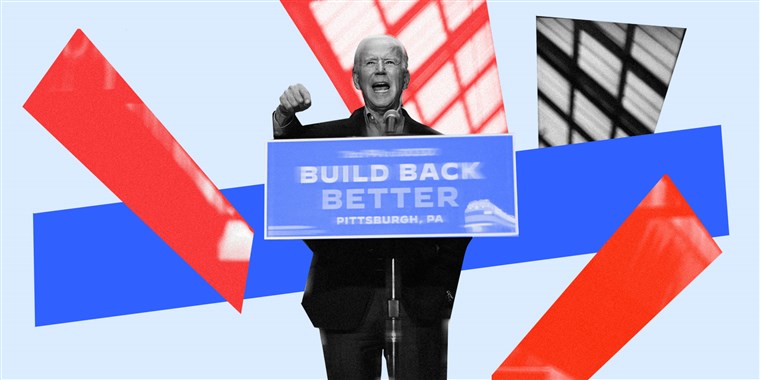 The new quarter comes with a bullish feeling

The holiday-shortened week ended on a sweet high for Wall Street. The S&P 500 (GSPC) jumped 1.2% last Thursday and closed above 4,000 points for the first time, giving an upbeat start to the 2nd quarter. Meanwhile, the Nasdaq Composite (IXIC)  closed on a rise of 1.8%, and the Dow Jones Industrial Average (DJI) made muted gains of 0.5% last Thursday.

Investors feel optimistic about tech stocks regaining their footing in the market, and build confidence as the 8 year-long infrastructure plan gives the U.S. hopes over a speedy economic recovery. However, rising bond yields and trepidations about inflation continue to fill apprehensions in the public.

Biden’s $2.3 Trillion Infrastructure Plan is Here For a Comeback!

In his recent announcement last Wednesday, U.S. President Joe Biden unleashed a $2.3 trillion infrastructure plan centered on fixing roads and bridges, expanding broadband internet access and propelling funding for research and development. To implement this plan, Biden also announced a tax raise of 28% that would compensate for the budget over the next 15 years.

The proposed plan includes $621 billion to modernize transportation infrastructure, $400 billion to help care for the aged and those with disabilities, $300 billion to boost the manufacturing sector, $213 billion on affordable housing, and $100 billion to expand broadband access.

Biden’s budget is also dedicated towards achieving the zero carbon emissions mission by 2035. He aims to modernize 20,000 miles of roadway, build 50,000 electric vehicle charging stations, and aims to have the country’s electricity be generated from low carbon sources. Even though this budget is still in the waiting line for congressional approval, Biden’s new plan spread over the next 8 years appears to be on a strong pathway to regain economic progress and pace over the next few years.

Companies Get on the Bus to Hustle for Semiconductor Chips

As a global shortage of semiconductor chips becomes a rising concern in the world, a few companies are taking the lofty task of fulfilling surging demands by investing large amounts in chip production. Taiwan Semiconductor Manufacturing Co. (TSM) plans to spend $100 billion over the next 3 years to expand its chip manufacturing capacity, while Micron Technology Inc. (MU) and Western Digital Corp. (WDC) are looking to enter potential deals with chip-making Japanese company Kioxia Holdings Corp. at around $30 billion, to increase chip production.

As the world faces a global shortage of semiconductor chips, vital for making smartphones and other devices, these companies have taken the onus of entering into large production ventures as they quench the thirst for the product in the market. TMS, Taiwan’s biggest company, had already planned to invest $28 billion for production this year. Now, it further extends its mission as it pledges to work with customers across the globe to overcome a deluge of demand.

This bet has caused a heavy blow on Credit Suisse and Nomura’s first quarter results, as the companies take a big hit on the profitability due to this major loss. Archegos comes into the picture as losses at the hedge fund have triggered liquidation in excess of $30 billion and banks have continued to sell blocks of stocks related to Archegos, according to this report released last week.