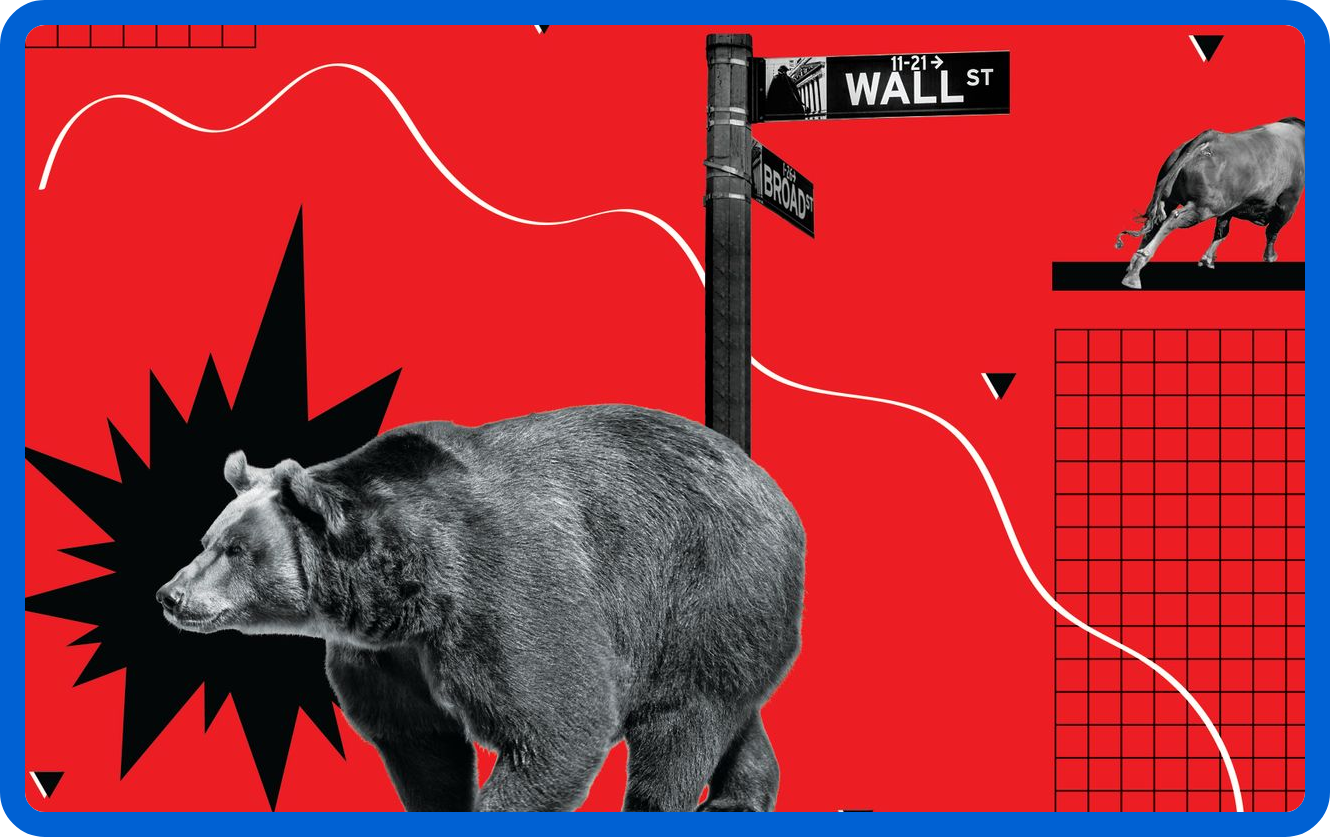 Corporate earnings are rising, but profitability will be challenged by higher costs

It wasn’t Friday the 13th, but it sure had investors running scared.  Stocks sank as investors worried that aggressive rate hikes from the Fed could tip the U.S. into a recession. The Dow fell below 30K for the first time in over a year, while the Nasdaq plunged 4% to its lowest level since 2020.

The dip aside, there are still bright spots for the economy. The job market still looks strong, as job growth has continued at a solid rate through May. The job market remains tight, with nearly twice as many openings as unemployed people. And despite investor worries about an imminent recession, the unemployment rate has fallen this year and continues to hover near record lows, at 3.6%.

While there’s no question that the velocity and unpredictability of downward moves during a bear market can play on one’s nerves, it’s important to note that every notable decline in the major U.S. indexes, including the Nasdaq, has eventually been nulled by a bull market.

This makes corrections and bear markets the opportune time to put your money to work.

With the Nasdaq tumbling, several innovative growth stocks now look like incredible deals. With the right strategy and knowledge, you can protect your investments while building your savings.

We believe investors will benefit from staying invested, rebalancing proactively, focusing on quality, and taking a systematic approach to buying at lower prices.

On Friday, ET Now, the financial news platform in India, broke the story that, according to unidentified sources, Reliance Industries was interested in Revlon.

The news saw investors scurrying to acquire shares of Revlon, a company that had filed for Chapter 11 bankruptcy just days ago, citing that it was unable to manage its heavy debt load amid the supply chain crunch and steep inflation.

Revlon Inc. shares surged as much as 87% in pre-market trading after the ET Now feature.

Another big reason investors are finding the news of Reliance’s interest in Revlon believable is because the Indian company is also in the hunt for U.K. pharmacy and cosmetics retail chain Boots, which is currently in the portfolio of Walgreens Boots Alliance.

Boots will make a noteworthy addition to Reliance’s clutch of retail assets. Earlier this month, Reliance and U.S. private equity fund Apollo Global Management had filed an offer of more than 5 billion British pounds ($6.1 billion) for the cosmetics retail chain.

Is it time to add a touch of glamour to your portfolio with a bit of Revlon?

For decades, Revlon has sold most of its makeup in drugstores and malls. But the new generation is discovering products on TikTok, and not on TVs. Revlon is losing customers to newer online-first brands harnessing the tap-to-buy trend like Kylie Cosmetics, Glossier, and Rihanna’s Fenty Beauty. Gen Z favourite Elf beauty (ELF) crushed sales expectations last quarter thanks to social collaborations with brands like Dunkin’.

Even fellow legacy brand Estée Lauder (EL) is faring better than Revlon (and is profitable too). EL’s success with younger buyers is partly thanks to e-commerce investments like viral skincare brand The Ordinary.

Even with the stock’s rebound, Revlon is valued at just over $200 million, a far cry from the $3.7 billion in debt they listed in the bankruptcy filing. Included in that debt pile is $431 million of outstanding unsecured bonds that are trading for just six cents on the dollar, a sign those bondholders expect to recover little, if anything.

It bears keeping in mind that Revlon’s debt obligations would get paid out fully before shareholders see any of the money. This means any traders stuck holding the stock in hopes of a rescue takeout will be left with an empty bag in a bankruptcy proceeding.

And while the Reliance deal could bode well for the brand, any play for Revlon is purely speculative right now.

Tesla’s car prices are up, and its stock is down

Shares of Elon Musk’s EV-maker have hit a rocky patch. The news site Electrek reported that Tesla has raised the prices on most of its cars, sending shares sliding steadily throughout Thursday’s session. The stock fell as much as 10%.

In another development, a National Highway Traffic Safety Administration report showed that Tesla accounted for about 70% of the reported crashes involving advanced driver assistance systems since June. Tesla cars were involved in 273 accidents out of the 392 crashes reported during the period.

Earlier this month, Musk had also threatened to fire anyone who did not work in the office 40 hours a week, a sharp contrast to the flexibility offered by Big Tech companies that compete for the same talent pool – which didn’t bode well for the brand.

As bears grip Tesla stock, should you rev up for its shares?

Experts opine that although Tesla is in a downtrend, bullish divergence may develop and set the stock up for a bounce.

Like most of its peers, Tesla has a variety of challenges, including semiconductor shortages, congestion at ports and rolling blackouts – which have been impacting the ability to keep factories running at full capacity. In spite of these challenges, the company reiterated prior guidance that it expects to achieve 50% average annual growth in vehicle deliveries over a multi-year horizon.

On the product side, the company continues to target its first Model Y production builds in Berlin and Austin before the end of the year. There is also progress on the industrialisation of Cybertruck, which is currently planned for Austin production – subsequent to Model Y. The company is also well-positioned to expand on its EV growth in the near future.

The EV giant has been trading in a downtrend since May 31, making a consistent series of lower highs and lower lows. On Friday, Tesla opened slightly higher, trading in the lower range of Thursday’s price action, which has set the stock into an inside bar pattern.

Bullish traders may want to search for inside bar patterns on stocks in an uptrend.

For bearish traders, finding an inside bar pattern on a stock that’s in a downtrend will be the key.

Prior to this the soda giant had also made deals with Molson Coors Beverage (TAP) on Topo Chico Hard Seltzer and Simply Spiked Lemonade, which launched this month, and Constellation Brands (STZ) on Fresca Mixed Cocktails.

The war of the colas seems to be spilling onto the alcohol space. PepsiCo (PEP) and Sam Adams brewer, Boston Beer (SAM), are also teaming up to create an alcoholic version of Mountain Dew.

Ready-to-drink beverages have been the fastest-growing alcohol segment since 2018, stealing market share from beer, according to IWSR Drinks Market Analysis. Hard seltzers are the largest part of the category, but spirits-based canned cocktails have been gaining ground.

The canned cocktail will launch in Mexico later this year before expanding to other markets.

Should you take a swig of Coke stock?

The Warren Buffett-backed stock might just finally have its fizz back after reclaiming its COVID-era highs. Its shares should keep climbing.

Coca-Cola had plenty of headwinds following the onset of the pandemic. It relies on restaurants and other venues for a larger portion of its sales than Pepsi, and it was also shuttering smaller brands like Tab, Zico coconut water, and Odwalla, as well as some regional brands, over the course of the year.

All this, however, should make 2022 a better year for Coca-Cola. The soda giant’s on-premise business is improving at a faster than expected pace, while the company has become more focused on what is working. Emerging markets are also improving.

Back to the news at hand, U.S. consumption of canned cocktails is also gathering fizz. In 2020, it grew 52.7% from the previous year, accounting for 6.9% of the total volume in the alcoholic ready-to-drink category, according to data from IWSR Drinks Analysis.

Coca-Cola has had a rip-roaring start to the year and hopefully, the Jack Daniel’s partnership will give it more to cheer about, going forward.