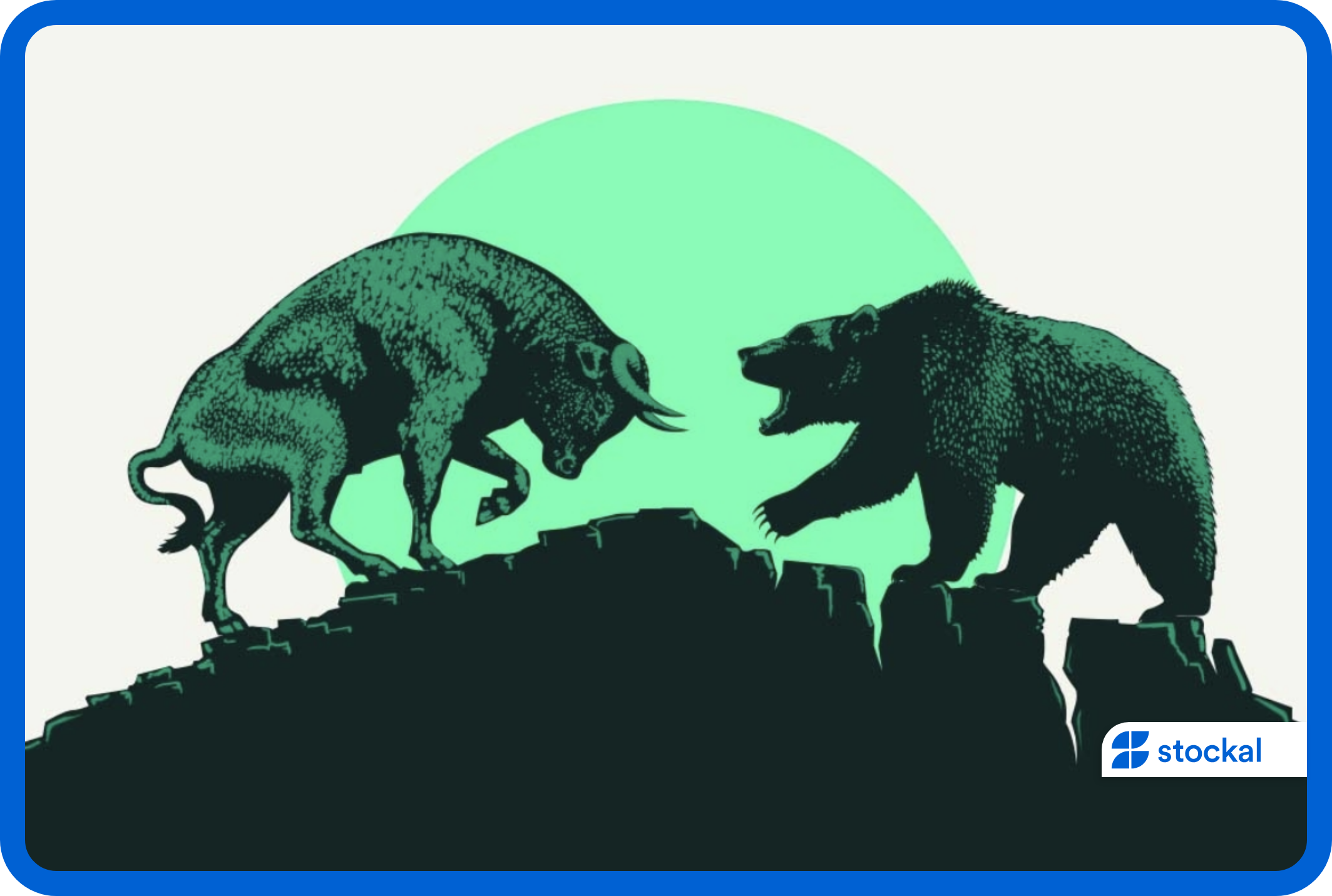 U.S. stocks saw their first quarterly declines since the onset of the pandemic in Q1 2020 – largely attributed to rising inflation numbers and a surge in commodities prices, leading to volatility in the markets. The Fed continues to maintain its hawkish stance largely to tackle higher inflation numbers, and the unemployment rate seems to be improving and going back to the pre-pandemic levels. Energy, metals and agri commodities continued their rally upwards, and the U.S. markets seem to have priced in up to eight interest rate hikes by the end of 2022.

While the global economies may still seem to be adjusting to the pandemic impact on global supply chains and the shift in consumer spending, the news about Russia’s invasion of Ukraine at the end of February was more of adding fuel the existing impact of rising inflation. Commodity prices and bond yields moved higher from the already existing uptrend, as the West began to impose strict sanctions on Russia’s economy and the central banks which led to the global markets sell-off.

The U.S. equity markets saw some bottoming out at the end of February at 4,100 levels on the S&P 500. In spite of the corrections seen during the quarter, the index has gained over 5% since the Fed rate hike cycle in March, which was the biggest 10 days rally after the start of the rate hikes since World War II.The S&P 500 index at one point corrected close to 13% this year before finishing the quarter with losses of 5% which proved that neither the crisis in Europe nor the rising inflation numbers were capable of preventing the U.S. markets from going up, as stocks continued their rally during the end of the quarter.

Among the sectoral gainers for the quarter, energy and utilities remained the big gainers with almost 38% and 4% gains respectively. The rise in crude oil prices seen at the end of the quarter, largely contributed to the energy sector’s rally. The defensive sectors like staples and rate-sensitive financials held up relatively well during the quarter, while communication services, consumer discretionary and technology sectors largely remained the laggards.

Exhibit 3: Energy and oil & gas exploration stocks were the big winners for the quarter

The outlook for global GDP has been revised lower as inflation challenges intensify and the Russia-Ukraine conflicts have impacted the energy supplies. The Fitch Ratings’ March 2022 Global Economic Outlook sees the world GDP growth reduced by 0.7% to 3.5% in 2022 and the U.S. growth forecast is reduced by 0.2% to 3.5%. This reflects the likely drag from higher energy prices but also a faster pace of U.S. interest rate hikes than previously anticipated.

The U.S. labour market has seen drastic improvement and added back 431,000 jobs in March, bringing down the unemployment rate to a new pandemic-era low of 3.6% as per data from the Bureau of Labour Statistics. Additionally, the wage growth was also seen during the quarter which was good news for workers across the nation dealing with higher prices everywhere from grocery stores to the gas station.

Exhibit 5: Unemployment and wage rates for the quarter

Consumer spending has seen a pick up during the quarter

During the quarter, considerable improvement was also seen in other leading indicators of the economy like the consumer spending by way of debit and credit card transactions, hotel occupancy rates, and increased travel and dining numbers during the quarter – which lended an  overall boost to consumer sentiment.

Inflation remains a concern for investors

The annual inflation rate for the U.S. remained at 7.9% (the highest since 1982) for the 12 months ending in February 2022 with energy and used vehicles contributing significantly to the rise in inflation numbers over the last year. However, the core inflation (excluding energy and food prices) still remains at 6.4% currently. The next inflation numbers are scheduled for release on April 12, based on which the Fed will decide its faster pace of interest rate hikes.

The U.S. Fed and interest rates

The Federal Funds rate remains at 0.38% at the moment, after the recent hike of 0.25% by the Fed in its March meeting. The markets seem to have factored in anywhere between 6 to 8 rate hikes (0.25% each) during each of the next FOMC meets scheduled this year – which is likely to see the interest rates hover around 2% to close the year. The Fed signalled its hawkish stance and continued its monetary policy tightening, with rate hikes largely to tackle higher inflation numbers being flashed out in the recent months.

The U.S. bond markets remained quite active and volatile during the quarter as the Fed increased its interest rate before the end of the quarter, and shorter-term maturity yields traded higher. The nominal yields on the benchmark U.S. 10-year Treasuries remained above the 2% mark, and hovered around 2.5% during the quarter before closing at 2.32% at the end of the quarter. Bond yields, FYI, always move inversely to the prices. Investors seem to have shrugged off the brief inversion of the U.S. Treasury yield curve (a phenomenon that has predicted recessions in the past) as the yield curve extended its flattening to end the quarter.

Inverted yield curve: What does that mean?

The bond market has always been a very good predictor of potential future economic indicator and at the end of the March quarter the yields seem to have got inverted largely due to tightening spreads on the 2-year and the 10-year U.S. Treasuries, which means the yields on the shorter-term maturities (2- year Treasuries) were higher than the longer-term maturities (10-year Treasuries) indicating a recessionary environment. However, the time of inversion was quite brief with the spreads between the 10-year and 2-year treasury bonds going negative.

Commodities, gold and oil have emerged as this year’s stores of value

The year 2022 started off with real assets like gold, crude oil and agricultural commodities holding their value while equity markets were seen in the correction mode. The Bloomberg Commodity index started its outperformance even before Russia’s invasion of Ukraine began in the end of February which resulted in uncertainty and increased volatility in the energy prices.

Oil price movements have been extremely volatile during the quarter but the prices fell back to $100 per barrel mark after the highs of around $130 per barrel levels seen during the quarter. Crude oil prices saw a correction in the end of March after the U.S. President announced a release of one million barrels of oil a day from the U.S. Reserves for 6 months – which is accounting for 30% of the U.S. reserves.

U.S. Dollar to remain strong in the near term

The U.S. economy is less likely to be negatively affected by the Russian invasion as compared to Europe and other economies, and most analysts expect the USD to outperform vs. high beta currencies. The elevated geopolitical tensions are likely to contribute to a higher floor and serve as a catalyst for the U.S. Dollar to outperform in the near term. The Russia-Ukraine conflict warrants increasing short EUR exposures as the Euro is likely to weaken vs. other reserve FX given the eurozone’s reliance on Russia for energy.

Market movements in the past quarter have been highly deflected by the ongoing geopolitical crisis in Eastern Europe. The United States responded to Russia’s military operations against Ukraine by imposing sanctions on over 1,000 Russian individuals and businesses. As a result of these sanctions, Nasdaq and NYSE have suspended trading of some of the Russian securities and ETFs on the U.S. exchanges.

In line with U.S. sanctions on Russia, many companies have either temporarily halted their operations or have permanently withdrawn from the country to show solidarity with the Ukrainian cause. While entertainment giant Walt Disney (DIS) has decided not to show new movies in Russia anymore, BP Plc (BP) is divesting its 19.75% stake in Russian oil company Rosneft, costing a hefty $25 billion charge.

However, the good news is that the 11th largest economy in the world contributes only a very small fraction to U.S. company’s’ profits and revenues. As per FactSet, less than 1% of S&P 500 annual sales come from Russia. Cigarette-maker Philip Morris International (PM) has the biggest revenue exposure (8%) among the index stocks while big consumer brands like McDonald’s (MCD) and PepsiCo (PEP) generated more than 4% of their annual sales from Russia.

Exhibit 14: Corporate action by organisations with exposure to Russia

Impact on energy and commodity sector

Crude oil prices breached the $100 a barrel mark for the first time since September 2014 on the fears of supply shortages. Despite the United States’ attempts to fill in for the fuel shortage, Russian oil exports contribute to over 8% of global oil production. In addition to this, Europe imports 40% of its natural gas from Russia. Analysts expect that supply concerns are likely to keep the oil and gas prices up throughout 2022.

Apart from the rise in crude oil prices, other commodities were also impacted with Russia and Ukraine being the major suppliers of metals and grains. Both the countries together account for a quarter of global trade in the grains business and concerns about the Black Sea shipment disruptions are likely to send the food costs even higher. Additionally, precious metals like Palladium, Gold and Silver and Industrial metals like Nickel, Aluminium etc. saw volatile price trends during the quarter. Gold prices climbed higher and breached the $2,000 per ounce mark during the quarter as investors look for safe haven assets amid rising uncertainties.

In addition to the lingering semiconductor supply chain concerns, electronic vehicle manufacturers face another setback from roof-thrashing prices of nickel and palladium. As a result of this, Tesla (TSLA), hiked prices of its electric cars with its cheapest model now costing 34% more, than in 2019. Chinese EV maker BYD Company (BYD) also increased prices of its cars by $471 to $942 in March, while Lucid (LCID) is the next on the list to hike prices for its future electric car models.

Key metals produced by Russia and used in electric cars

U.S. economy to remain most resilient to geopolitical crisis

The direct impact of the current ongoing geopolitical issues in the global economy is likely to have limited impact on the U.S. economy given the country’s energy independence, lower dependence on Russia and its minimal share of commodity consumption in the country’s GDP. The economy is likely to be among the most resilient – unlike Europe and other emerging economies. The current crisis also has a low earnings impact risk for the U.S. corporations as they have a lower direct exposure to Russia (around 0.6% in the Russell 1000 index) and Ukraine (<0.1%), based on the recent disclosed revenues.

Outlook for the next quarters

The Fed’s tightening monetary policy remains the key risk for equities in the near-term as central banks grapple with inflation expectations. However, markets seem to have well prepared and priced in the future interest rate hikes during each of the remaining Fed meetings in 2022. Select stocks along with commodities (including precious metals), are likely to outperform amid a combination of higher interest rates and energy prices. On the indexes, defensive sectors like energy and materials along with longer-duration Treasuries are likely to remain positive during an uncertain environment.

It is quite evident that Russia’s invasion of Ukraine is likely to add to the near-term risks for the markets overall. The immediate headwinds are mostly seen in terms of higher energy prices, rising food prices along with disrupted supply chains. Most economists are of the view that the ongoing geopolitical tensions between Russia and Ukraine is likely to lead to lower global growth with Europe taking the largest hit, however global growth is still likely to remain above trend for the year as energy prices stabilise. This growth is likely to remain favourable to equity markets over bonds.