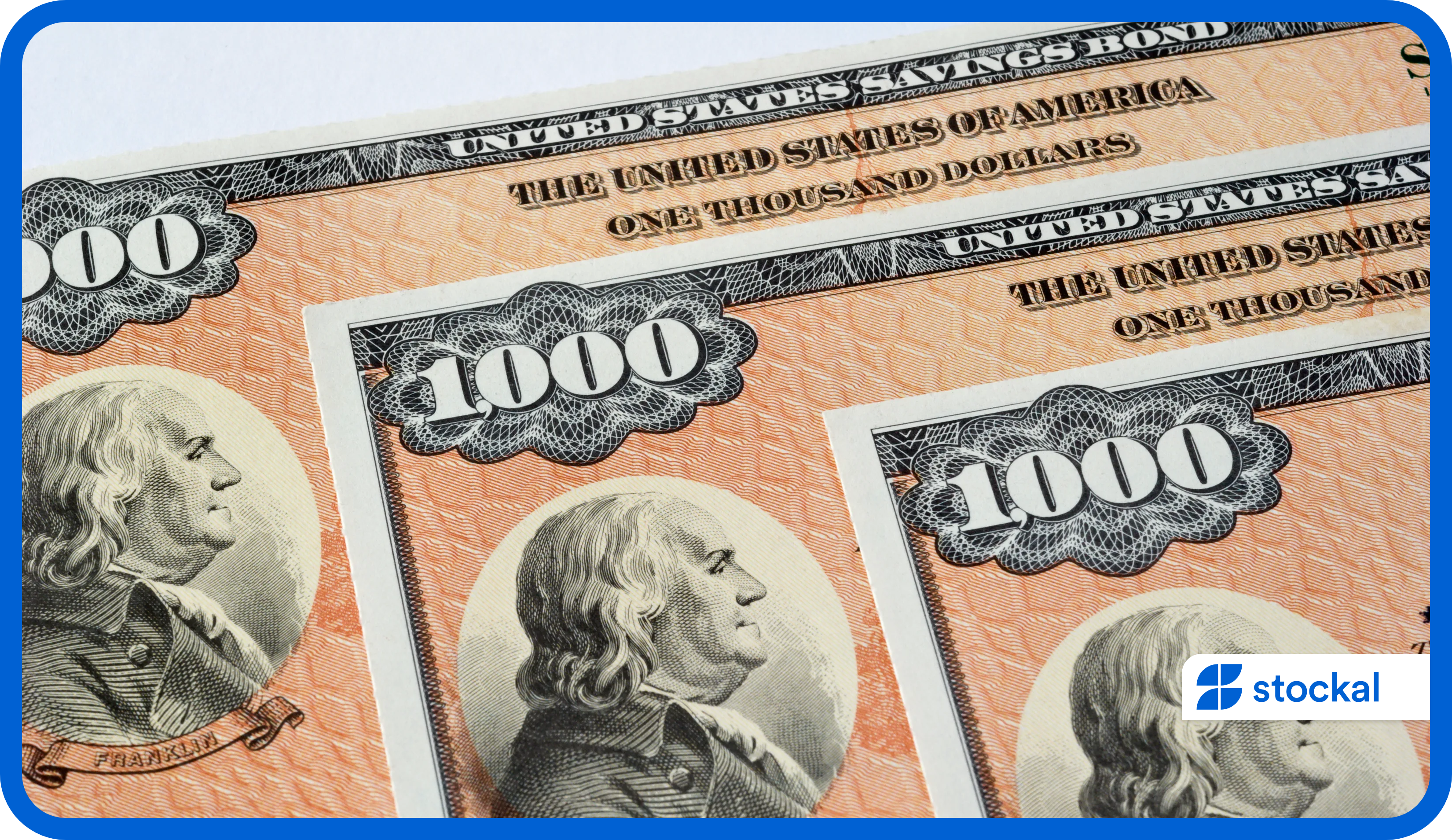 Yields on U.S. Treasuries surged to their highest level in more than a year

Markets started 2022 with a bit of action for investors. Yields on U.S. Treasury bonds have surged to their highest level in more than a year from record lows in 2020. The Fed’s commitments to hold rates near zero for years to come encouraged investors to bet that economic growth and inflation will heat up.

So, what does the rise in yields mean for stocks?

Rising yields are a mixed bag for stocks – slowing a rally in technology and other growth stocks, as investors worry about long cash flows for these companies. However, higher yields have also lifted financial stocks and accelerated a rotation into other beaten-down sectors.

That said however, this first bout of market volatility in the new year may in fact offer investors the opportunity to add to growth and technology sectors. The risk-reward at these price levels seems interesting and even more compelling if the sell-off continues in the days ahead.

For the week, Wall Street’s bellwethers saw synchronised and somewhat significant dips with tech stocks doing the heavy lifting. The S&P 500 fell by 1.9%, the blue-chip Dow fell ever-so-slightly by 0.3% and the tech-heavy Nasdaq Composite slipped the most by a hefty 4.5%.

The electric-van race is on, and in a surprising turn of events, shares of Amazon-backed (AMZN) electric-truck maker Rivian fell 11%, after Stellantis (STLA) – the company that owns brands like Jeep, Chrysler and Fiat – announced that it would make electric delivery vans for Amazon.

The agreements expand Amazon’s efforts to get a bigger foothold in the transportation industry, and could help Stellantis close the gap with Tesla (TSLA) in developing vehicles with sophisticated, software-powered infotainment features that are connected to the data processing cloud.

Amazon will also be integrating its software in Stellantis’ car dashboards. Stellantis said it will use Amazon’s Alexa technology for voice-controlled features, navigation, vehicle maintenance, e-commerce marketplaces, and payment services.

FYI: Amazon has a previous agreement to buy up to 100,000 electric vans from Rivian.

Electric-van startups are in a heated race for ‘golden ticket’ orders, and big e-commerce delivery fleet operators like Amazon will be key to determining winners and losers as established automakers compete with startups to electrify the world’s delivery system.

But unlike Tesla, which enjoyed a headstart of years over traditional carmakers, commercial electric vehicle startups are racing against time as major manufacturers like Ford (F) race to bring products to market or others like Volkswagen beef up their electric offerings.

Some startups already have their golden ticket. Arrival (ARVL), which went public via a merger with a special purpose acquisition company (SPAC), has an order for up to 10,000 vans from UPS. Chanje has a 1,000 van order from FedEx in California, while Rivian has an order to build 100,000 vans for Amazon.

Demand for Rivian’s vehicles also remains quite strong, with the company noting that preorders for its R1T pickup truck rose from around 48,000 at the end of Q3 2021 to about 71,000 as of mid-December.

While we aren’t saying that Rivian won’t be successful with its ramp, there could be speed bumps along the way, and we could see more attractive entry points for the stock in the coming years.

Coca-Cola takes a swig of the booze business

Coca-Cola (COKE), the soda giant, has made a deal with Constellation Brands (STZ) to introduce a line of spirits-based canned cocktails this year under its Fresca brand.

According to Coke, Fresca is surging in popularity recently, making it the fastest-growing soda trademark in the beverage giant’s U.S. portfolio – and things are going to get more interesting.

The mixers will be produced and distributed by Constellation who have operations in the U.S., Mexico, New Zealand and Italy.

The war of the colas seems to be spilling onto the alcohol space. PepsiCo (PEP) and Sam Adams brewer, Boston Beer (SAM), are also teaming up to create an alcoholic version of Mountain Dew.

Boston Beer will develop and produce the drink, called Hard Mtn Dew, while Pepsi has created a new entity to sell, deliver and market the product. The beverage is expected to hit shelves in early 2022.

The Warren Buffett-backed stock might just finally have its fizz back after reclaiming its COVID-era highs. Its shares should keep climbing.

Coca-Cola had plenty of headwinds following the onset of the pandemic. It relies on restaurants and other venues for a larger portion of its sales than Pepsi, and it was also shuttering smaller brands like Tab, Zico coconut water, and Odwalla, as well as some regional brands, over the course of the year.

All this, however, should make 2022 a better year for Coca Cola. The soda giant’s on-premise business is improving at a faster-than-expected pace, while the company has become more focused on what is working. Emerging markets are also improving.

Back to the news at hand, U.S. consumption of canned cocktails is also gathering fizz. In 2020, it grew 52.7% from the previous year, accounting for 6.9% of the total volume in the alcoholic ready-to-drink category, according to data from IWSR Drinks Analysis.

Coca-Cola has had a rip-roaring start to the year and hopefully, the Fresca brand will give it more to cheer about, going forward.

KFC bites into chicken-less chicken with Beyond Meat

The biggest fast-food rollout of meatless fried chicken is happening this week. KFC is now serving Beyond Meat chicken at its 4,000 U.S. locations.

The launch comes after years of testing from the Yum Brands (YUM) chain and Beyond Meat (BYND) to create a meat substitute that mimicked the taste and texture of whole muscle chicken, like chicken breast, rather than the ground-up consistency of nuggets.

Beyond Meat shares jumped 7% after KFC said it would add Beyond’s plant-based fried chicken to its menu nationwide for a limited time as consumers look to trim meat consumption in the new year.

Over the last few years, meatless meat has gone mainstream, in large part due to the popularity of plant-based burgers from Beyond Meat and Impossible Foods that taste more like beef than the veggie burgers of the past.

Plant-based chicken is indeed getting its turn at the grill. Starting January 10, Beyond Fried Chicken will be available at KFC’s nearly 4,000 U.S. locations, the first — and biggest —nationwide rollout of plant-based poultry at a major chicken chain. It will be served as part of a combo meal, or in six- or 12-piece orders.

KFC’s bullishness about meatless fried chicken could be just what Beyond Meat needs.

Beyond Meat’s stock had cratered 17% in premarket trading as analysts shared their doubts about the company’s future growth in November, last year. The company’s third-quarter results disappointed investors and a weak forecast for fourth-quarter sales didn’t soothe worries – a factor that could change with the KFC news.

Also, in preparing for launches to come in the new year, Beyond Meat has hired industry veterans from Tyson Foods for its C-suite in December, 2021. The company has appointed Doug Ramsey as CEO and Bernie Adcock in a new role of chief supply chain officer – moves that just might bode well for both the brand and the stock in the new year.