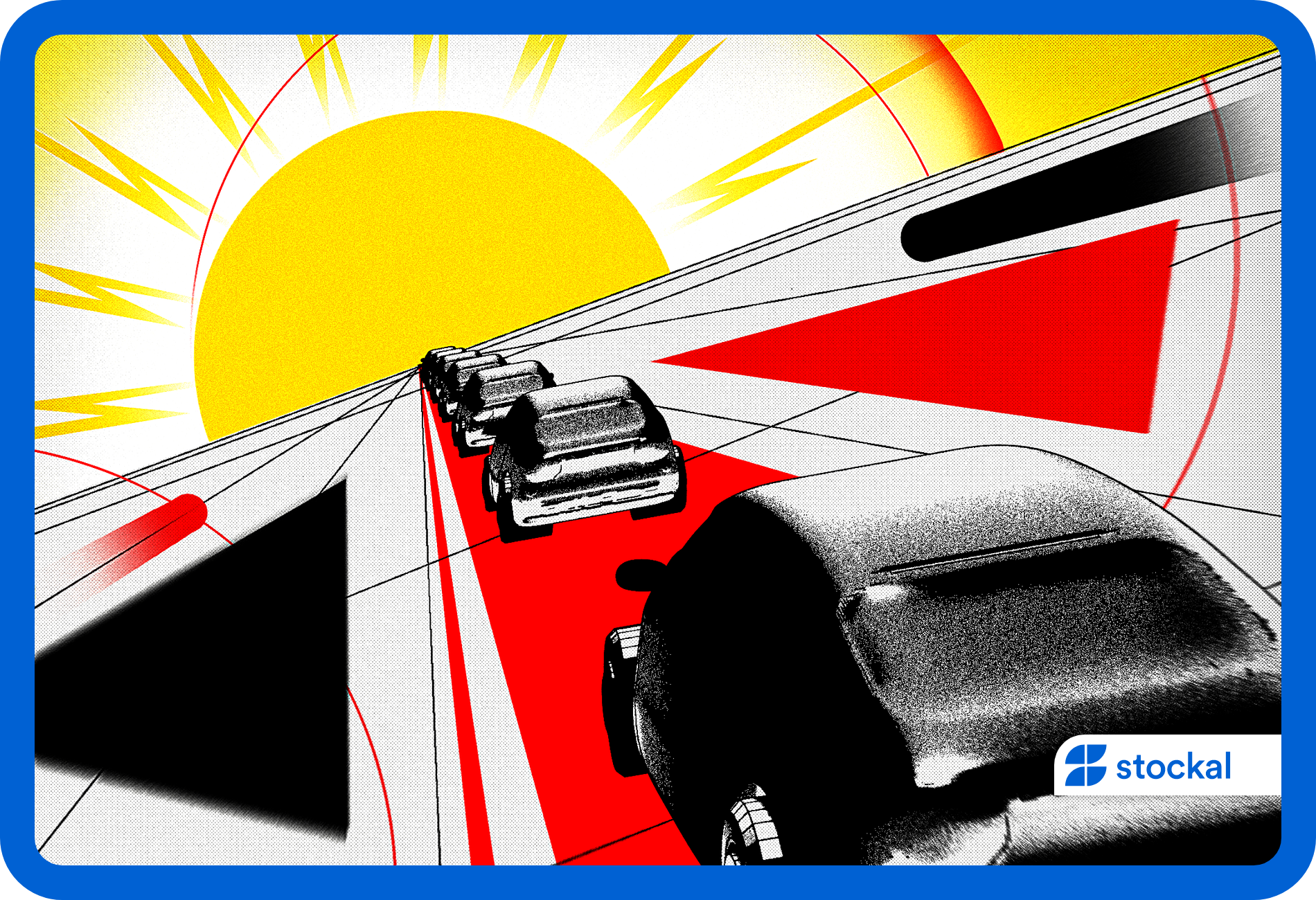 The second quarter earnings of Netflix Inc (NFLX) sent cheers across the market as concerns about the streaming service’s subscriber growth were allayed. The world’s largest streaming platform reported fewer than expected subscriber losses and predicted adding a million new members in the third quarter. What’s more, Netflix earnings of $3.20 a share also beat market expectations of $2.94 per share. In addition, the company indicated plans to unveil its low-cost ad-supported plan in early 2023. Wall Street reacted positively to the results by sending the shares over 7% higher in the post-earnings trading session.

From April through June, the company’s revenue grew 9%, which on a constant currency basis would have been higher at 13%. This is because Netflix had to take a $339 million hit from foreign currency impact as a rising U.S. dollar pushed down the value of other currencies. Like many other multinational companies, Netflix will continue to be impacted by a strengthening U.S. dollar. Nearly 60% of its revenue comes from outside the United States, while most of its costs are dollar-related. This translates into the company’s revenue growth slowing down to 4.7% in the third quarter.

Netflix lost 970,000 subscribers during the second quarter – the biggest subscriber loss in its history. However, the figure was less than half of the 2 million it forecast in April. The streaming platform was able to avert its own worst-case scenario of subscriber loss due to the stellar success of “Stranger Things” season four – the biggest ever season of English TV on Netflix.

In addition, the upbeat subscriber numbers were mostly driven from the Asia-Pacific region that added 1.1 million members during the quarter, in comparison to the 1.0 million net additions a year ago. It looks like the company’s decision to cut subscription prices in India helped to drive growth in the region. However, North America saw 1.3 million subscriber losses – more than 433,000 lost a year ago and 636,000 lost in the first quarter of this year. Closure of Russian operations and mounting financial pressure on European people led to a net loss of 767,000 members in the EMEA region as against net adds of 188,000 in the prior year quarter.

Netflix expects to return to customer growth after losing subscribers for two consecutive quarters. For the third quarter, it sees adding net one million paid subscribers to have a total of 221.67 million memberships worldwide. The forecast indicates management’s confidence in its ability to add new customers even during an uncertain global economic scenario and when its biggest market – the United States and Canada – is showing signs of nearing saturation levels.

The company to launch ad-supported plan in 2023

Netflix aims at rolling out its ad-supported subscription plan early in 2023. For this, it recently partnered with Microsoft Corp (MSFT) to help with the placement of video ads and selling them to customers. Last year, Microsoft generated $10 billion in ad revenue by selling advertisements on Bing search engine and LinkedIn. Moreover, the software giant recently bought AT&T Inc’s (T) online advertisement platform, Xandr Inc, which helps advertisers buy online ad space and target audiences. The ad-backed tier will be in addition to the existing ad-free plans of Netflix and will be first introduced in select markets with significant ad spends.

End of linear TV over the next 5-10 years: Netflix Co-CEO

During the company’s earnings call, Netflix Co-CEO, Wilmot Reed Hastings, reaffirmed his confidence in the future of streaming. In his own words, “But looking forward, streaming is working everywhere. Everyone is pouring in. It’s definitely the end of linear TV over the next 5-10 years. So very bullish on streaming.”

Linear television, or content consumed at a set time and on a set TV channel, is losing out to streaming services. As evident from Nielsen’s report, Netflix commanded the most U.S. TV viewing time during the 2021-22 TV season. At 1,334 billion minutes viewed, Netflix comfortably outpaces not just the broadcast channels but also all other streaming platforms.

Streaming not just another pandemic trend

Looking at the U.S. TV viewing data below, the monthly percentage share of both broadcast and cable has fallen from May 2021 through May 2022. Contrasting this, the share of streamers has risen to 31.9% in May 2022 from 26.2% last year. This corroborates the fact that streaming was not just another pandemic phenomenon but is a trend that is taking over the way the audience consumes content.

Exhibit 4: Monthly Percentage Share of U.S. Television over a Year

Tesla (TSLA) reported better-than-expected second quarter earnings as its profits grew 57% to $2.27 per share, beating Wall Street’s estimate of $1.81 a share. Due to inflationary pressures, the company’s automotive gross margins fell to 27.9% in the second quarter, from 28.4% in 2Q 2021 and 32.9% in 1Q 2022. However, CEO Elon Musk sees inflation easing down by year-end as commodity prices stabilize.

The management’s robust outlook for the second half of 2022 was the icing on the cake. The company expects a “record breaking” second half as its factories work towards hitting new production milestones.

A quarter of bumper deliveries

Tesla produced 258,580 units and delivered 254,695 vehicles during the second quarter. This is significantly more than the 206,421 units produced and the 201,250 delivered in the prior year quarter. However, the deliveries were below market estimates of 262,000 vehicles.

During the quarter, Tesla generated $16.93 billion in total revenue – up 42% from a year ago. An increase in the price of Tesla electric vehicles and a higher number of deliveries were the major catalysts behind the revenue jump. While automotive revenue rose 43% to $14.6 billion, revenue from services and other sources grew 54% to $1.47 billion. Meanwhile, the company’s energy generation and storage division made $866 million in revenue.

Tesla sells off three-quarters of its bitcoin assets

Tesla disclosed that it had sold 75% of its bitcoin assets for a total of $936 million in cash during the quarter. In response to the cryptocurrency selloff, Musk stated, “It should not be viewed as some verdict on Bitcoin.” Given COVID-induced shutdowns in China this year, the company was concerned about its overall liquidity and required additional funding.

The Company increases its physical presence

During the quarter, Tesla increased the number of its stores and service locations to 709, up 19% from the previous year. The company also worked on expanding the electric vehicle charging infrastructure.  The number of Tesla Supercharger stations climbed to 3,971, while the Supercharger connectors rose to 36,165 in the quarter. Both the figures were up 34% year-over-year.

Exhibit 8: Number of Tesla Supercharger Locations across the World

Calling the quarter “a supply chain hell”, Musk said, “despite all these difficulties, it was one of the strongest quarters in our history.” He anticipates that inflation will start to decline by the end of 2022, but cautioned investors to be wary of that forecast. Additionally, he stated in a tweet in July that Tesla may cut the price of its electric vehicles if inflation slows down. The company also said that it expects to see lower manufacturing and operating costs over time, as well as higher earnings from its software-based products.

Following the Model Y ramp, the eagerly anticipated Cybertruck is scheduled to start production at Gigafactory Texas. The company plans to begin its delivery in the middle of 2023. With the two new facilities up and running in Texas and  Berlin, Tesla has set a multi-year target for 50% average annual growth in its vehicle deliveries.

During its Q2 earnings call, the company quoted: “We plan to grow our manufacturing capacity as quickly as possible. Over a multi-year horizon, we expect to achieve 50% average annual growth in vehicle deliveries. The rate of growth will depend on our equipment capacity, factory uptime, operational efficiency and the capacity and stability of the supply chain.”