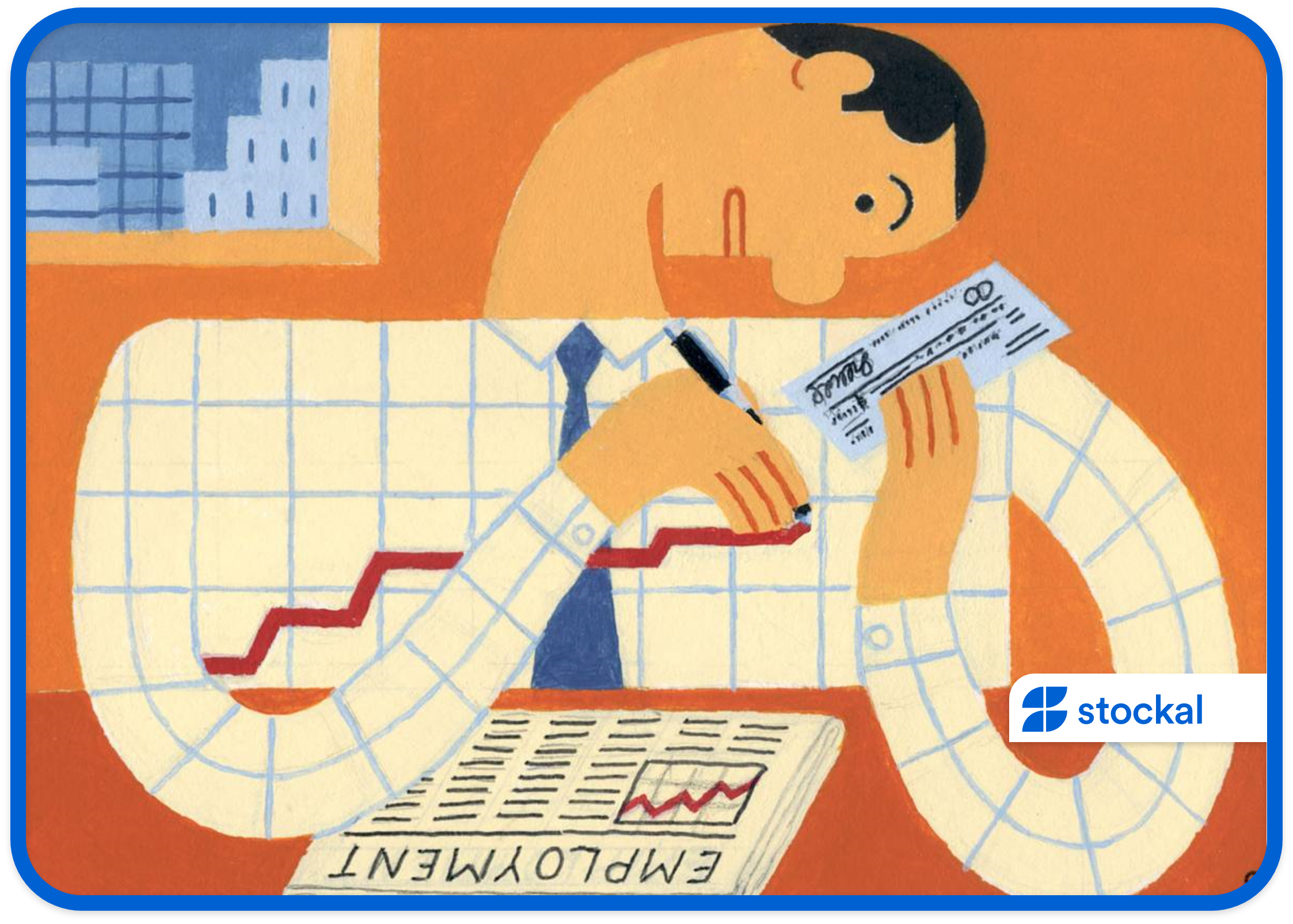 Total job openings are well above their pre-pandemic peak

Fresh data on Friday showed that the U.S. economy has had more than 10 million open jobs since June. It marks an extraordinary stretch of imbalance in the labour market that also includes record numbers of workers quitting their jobs. The so-called quits rate was 3% in September, which was a record.

Stocks retreated after data showed that inflation rose to a three-decade high in October and broadened to an array of goods and services. Investors have been focused on whether worker shortages will keep pushing wages higher, which could circle back into inflation.

All three benchmarks closed near their highs for the day but ended the week with losses of less than 1%.

For the week, the Dow moved down 0.6%, the S&P 500 slipped 0.6%, interrupting a streak of gains that kicked off when U.S. companies began to report strong earnings in mid-October. Finally, the tech-heavy Nasdaq closed lower by 0.7%.

While Disney (DIS) may have had a magical quarter with theme parks reopening, Disney+ doubling its subscriber base in under a year, and the company reporting better-than-expected quarterly earnings; it is now beginning to see value in taking a swing at sports.

Disney+ however, recently saw the smallest rise since it launched two years ago, gaining 2.1 million subscribers – less than half of what Netflix added. And while CEO Bob Chapek believes that Disney+ is still on track to hit 230 million to 260 million subscribers by 2025, some investors worry growth is tapping out.

Disney believes that gambling could be a lucrative way for it to attract young sports fans, and the company is pursuing it “aggressively” through its ESPN brand – which has suffered as millennials continue cord-cutting.

It is apparent that Disney+ is now an indispensable video streaming service alongside Netflix, with its rapid subscriber growth seen over the year. The stock has more than doubled over the past year and it would be interesting to see how Disney continues to increase its revenues and maintain profitability. Disney is likely to expect robust long-term subscriber growth, particularly outside the U.S. as the company continues to add more original content and increase the depth in the Star brand.

Its new bet on Sports might be just the leg up the company needs to stay relevant and it bears watching how the scenario plays out.

Some might say that Disney looks expensive right now. The stock is trading at lofty valuation ratios. However, those trailing valuation calculations include some of the darkest days of the COVID-19 pandemic, where theme parks and movie theatres were closed and even Disney’s TV network suffered low order volumes from nervous ad buyers.

All of these nail-biting trends have started to reverse post the country’s vaccination drives, as shown in the rising revenues and recovering operating profits. Yet, at the same time, the stock has been hung out to dry, slowly losing value even though the underlying business is improving.

Tesla has lost more than $200 billion in market value since Elon Musk’s Twitter poll. It was an expensive move that has cost the founder 15% of his fortune so far.

Here’s how it went down: The proposed billionaires’ tax, which would’ve required U.S. billionaires to pay taxes on unsold stocks, died just hours after its release last month. But Elon Musk revived the tax conversation over the weekend by asking his 63 million-odd Twitter followers if he should sell 10% of his Tesla shares (about $21 billion worth of stock) to trigger a tax payment.

For context: Elon doesn’t pay much in regular income taxes since he doesn’t receive a salary. Unfortunately for Musk, 58% voted that he should sell, which would mean he’d owe more than $10 billion in taxes on the sale.

Tesla shares have slumped in the wake of Elon’s poll, closing at 1033.42 as the stock retreated 3.14% on Friday. Despite that decline, Tesla stock is trading near record highs, with the company valued at more than $1 trillion.

Despite the run, bulls are cashing in on the dip. Shares bounced hard at the 21-day moving average, but are threatening to lose that measure.

If it does, this week’s low near $987 is vulnerable. If Tesla breaks below it, the 10-week moving average could be in play. That’s followed by the $910 gap-fill and the 50-day moving average.

DoorDash makes a dash for Europe with an 8 billion acquisition

When the deal closes, in 2022, Dash will add Wolt’s 2.5 million customers across 23 European countries.

While the deal could boost Dash’s sales growth, it won’t increase Dash’s U.S. market share or diversify its revenue streams.

FYI: DoorDash is a technology company that connects people with the best of their neighbourhoods across the U.S., Canada, Australia, Japan, and Germany. Simply put, they enable local businesses to meet consumers’ needs of ease and convenience, and, in turn, generate new ways for people to earn, work, and live. By building last-mile logistics infrastructure for local commerce, they help grow and empower local economies.

Huge selloffs last week from companies such as Peloton Interactive and Zillow Group were a lesson in what happens when you oversell a clearly unsustainable status quo.

DoorDash wants to avoid making the same mistake by buying its next leg of growth.

On the heels of another solid quarter of results with sales, orders and gross order value topping Wall Street’s estimates, growth is beginning to slow in a big way for DoorDash. With the Wolt acquisition, the company expects to catalyse measured growth for next year’s gross order value, though it didn’t forecast by how much.

Like DoorDash, Wolt delivers more than just food, including categories like electronics and cosmetics. Also, like DoorDash, its users are loyal and productive, ordering more than three times on average a month and with more than 30% still on the platform after 12 months, according to a November investor deck.

The combined company will now operate in markets with over 700 million people—a massive opportunity to be sure.

Investors just have to ask themselves what percentage of those people will be all that hungry.