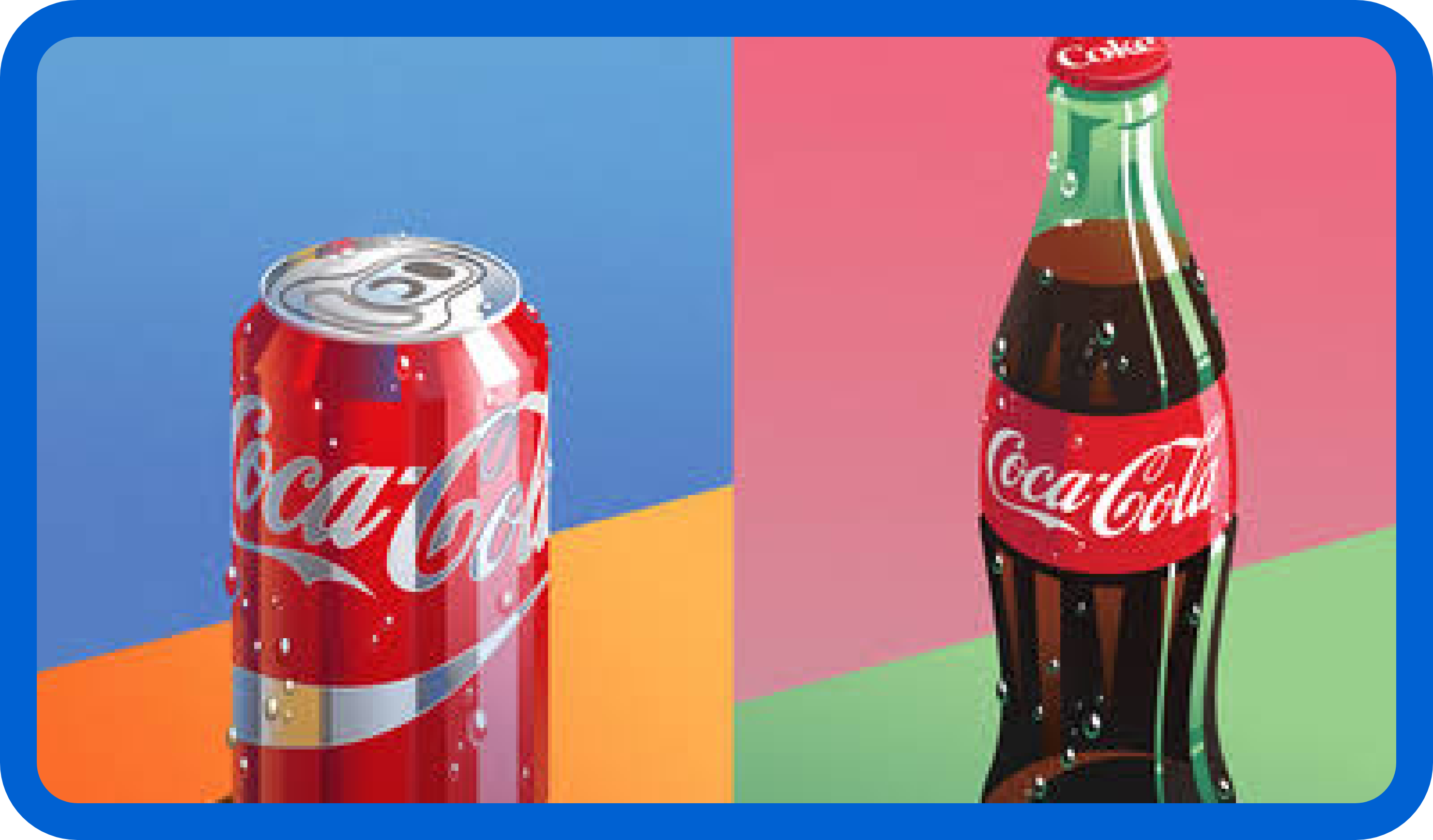 Speed bumps ahead for Wall Street, but the earnings-growth horizon is good.

In addition to the world’s richest man now owning the world’s most influential platform, the week that went by, was one of the busiest of the first-quarter earnings season, with a sizable chunk of the S&P 500 companies’ results coming in.

For one, Coca-Cola’s (KO) stock hit an all-time high after beating Wall Street’s earnings expectations and posting growth in every category.

Also in, were the quarterly results of Big Tech leaders like Alphabet (GOOGL), Amazon (AMZN), Apple (APPL), Meta (FB) and Microsoft (MSFT), who together make up 21% of the S&P 500.

Their profit outlooks alone can swing estimates for the overall market. And while results were mixed, with signs that growth is slowing, there is also evidence that long-term trends, like cloud and digital transformation, can see them weather any signs of turbulence.

With equity markets hitting the bottom of their trading range established over the past three months, the investor sentiment, understandably, is fragile. Volatility could stay elevated, as a consequence.

This week’s Fed meeting and the next inflation reading on May 11 could possibly be the primary catalysts for the market’s direction in the near term.

Key economic data to watch this week include hourly earnings growth and the unemployment rate.

Investors slurp up Coca-Cola for stability in the volatile market

The company clocked a 16% jump in revenue – which remarkably is up by 3X since last year, thanks to strong demand for everything from tea to its signature soda line.

Coke’s inflation-related price hikes globally were at the core of the much better than expected results.

The company said its price-mix metric, which is a key measure of price increases on products, grew by a healthy 7% in the first quarter.

Despite the price increases, Coke’s unit case volume rose for all geographies, and the company reiterated its full-year organic sales growth of 7% to 8%. Earnings are also expected to rise by 5% to 6%.

Inflation, rising interest rates, and the war in Ukraine are giving investors a tough time finding stable profits in the market. However, powerhouses like Coke have weathered the recent volatility as consumers keep splurging on brands they can’t live without.

Well, Coca-Cola has gone through a restructuring and a pandemic in the past decade and is now producing more free cash flow that’s relieving pressure on the legendary dividend. Its quarter report is a strong sign that it’s working.

The Warren Buffett-backed stock might just finally have its fizz back after reclaiming its COVID-era highs. Its shares should keep climbing. Shares naturally, aren’t on the lower end, but are poised to produce solid returns moving forward.

Coca-Cola also had plenty of headwinds following the onset of the pandemic. It relies on restaurants and other venues for a larger portion of its sales than Pepsi (PEP).

All this, however, should make 2022 a better year for Coca Cola. The soda giant’s on-premise business is improving at a faster-than-expected pace, while the company has become more focused on what is working. Emerging markets are also improving, and its decision to pause production in Russia will only dent unit case volume by 1% and revenue and operating income by 1% to 2%.

So, should you guzzle down the stock as well?

Coca-Cola is a slow and steady stock that seems poised to do what it’s already been doing for decades. If you’re satisfied with that, it could be a fine addition to a long-term portfolio.

Apple’s stocks continue to defy the laws of gravity

Apple’s (AAPL) anti-gravitational stocks might disappoint Newton, but they sure aren’t disappointing investors.

It was Apple’s third-best quarter of all time.

The remarkable news sent the company’s stock on a jolting ride in aftermarket trading—first rising 2%, then falling by more than 5%.

That aside, the tech giant didn’t only notch record total quarterly revenue, it also posted the best-ever sales of its iPhone, Mac, wearables, and home and accessories product lines. Apple CFO Luca Maestri spoke of the “continued strong demand” for such goods.

Buoyed by this growth, Apple is raising its quarterly dividend by 5%. The new amount, $0.23 per share, will first be paid on May 12 to stockholders of record as of May 9. Additionally, the company is adding $90 billion to its existing share buyback program.

To maintain its premium reputation, Apple used to avoid making cheaper iPhones. Now, analysts say that products like the budget iPhone SE could make up one-tenth of Apple’s sales after it hits stores next week.

By offering more affordable iPhones, Apple can court the 80% of the world’s smartphone users who don’t have one. Apple is hoping that its cheaper phones will be the junior membership card that hooks users into its ecosystem.

However, some analysts worried that China’s latest lockdowns would finally put a damper on Apple’s results.

To be sure, the Apple bulls run strong on Wall Street even on demand-supply concerns. Any fresh weakness in Apple’s stock, however, may offer a rare buying opportunity into the iPhone maker.

Also, one big tech company that still has an untapped opportunity in the home is Apple. The company released HomeKit in 2014, and since then it’s been a largely disappointing integration with popular Apple devices. If Apple starts to take the home seriously, it could expand into the $34 billion smart home market and drive another avenue of growth.

Are FAANG stocks losing their bite?

Meta (FB) posted its slowest quarterly revenue growth since going public as Facebook in 2012, while In the previous quarter, Meta reported a $1 billion profit hit and its first-ever dip in daily users.

The pandemic, rising inflation, war, the economic situation is too fragile to rely on one revenue stream, prompting players to diversify and rethink growth strategies.

Netflix, FYI, has retracted its steps and opened its doors to ads, after years of renouncing them. Microsoft (MSFT), fortunately crushed earnings thanks to strong demand not only for its software but also for its cloud and its 15-billion dollar cybersecurity services business. And even though Google ads slowed, growth in cloud, hardware, and services helped it save the day.

So, is Netflix stock worth a binge, and Meta stock, alike? Let’s take a look under their respective hoods.

Meta management is aware that the financial picture has changed considerably in the last few quarters, and it’s taking steps accordingly. The company scaled back its expense guidance for the year, now calling for operating expenses of $87 billion to $92 billion compared to a prior forecast of $90 billion to $95 billion.

Even with the after-hours gains, Meta stock is trading at a price-to-earnings ratio of 17 based on this year’s expected earnings. While the company is facing a number of headwinds, including Apple’s ad-tracking transparency initiative, growth should start to accelerate in the second half of the year as it begins to roll off those ad-targeting changes.

Meanwhile, the company’s social media properties still lead the industry, and its advertising remains a cash machine. At the current price tag, Meta looks like a good bet to outperform the market, even if the reality labs division doesn’t pay off.

Netflix on the other hand, is falling out of favour with growth-focused investors, but is starting to gain merit as a value stock. Despite its somewhat disappointing subscriber gain, Netflix continues to report increasing revenues. In Q1 2022, the company delivered nearly 10% year-over-year growth. But to be fair, this number is far lower than the average growth rate in recent years.

To create a stickier service, Netflix also added mobile video games as part of its subscription offering in November. If the company can keep its costs under control, the stock could perform well for a new crop of value investors even if subscriber growth never reaccelerates.

However, while Netflix’s short-term prospects may be in flux concerning subscriber additions, its long-run potential remains intact. Investors that can stomach the short-term volatility may have an opportunity to buy this excellent media-streaming stock at a beaten-down price.

A buy on weakness here is probably speculative.