A fun fact about Coke is that it was initially advertised as a cure to restrain alcohol consumption. But later, it received immense popularity as a soft drink, and as of today, it is sold in over 200 countries, taking the company’s annual soda sale to over 6 Bn gallons. That is a lot of soda!

The company sells its products under various brand names such as Coca-Cola, Coca-Cola Zero, Diet Coke, Sprite, Fanta, Schweppes, and Minute Maid, to name a few. Not only in India, but Coke has been a widely accepted soft drink worldwide.

Would’nt it be cool to know How to buy Coca-Cola shares in India and own a piece of the world’s most famous soft drink? Well, it’s possible today. Let’s see how to How to invest in Coca-Cola from India.

Reasons To Invest In Coca-Cola Shares From India

The stock has since been split 11 times, and one share of Coca-Cola purchased in 1919 would actually be equivalent to 9,216 shares today. The returns are mind-boggling, no doubt! If you want to buy Coca-Cola shares in India now, here’s what you need to know.

Dollar Appreciation: For a long time, the U.S. Dollar (USD) has been a global benchmark currency. Even by investing in the currency alone, you can make decent profits due to the consistent dollar appreciation.

By investing in a U.S. stock that appreciates consistently, as an Indian investor, you can get the dual advantage of rising stock price plus forex appreciation.

Geo Diversification: People use geographical diversification both as a means of hedging their portfolio from the poor performance of their domestic market as well as to capitalize on the higher growth of an international economy.

By investing in the US stock markets, you can potentially get higher returns. With Coca-Cola being one of the best-performing companies in your portfolio, the returns can be significant.

Brand and Product Expansion: With the reopening of global economies and the removal of social restrictions, Coke has been pumping in capital to enhance sales in developing markets. It is also coming up with newer partnerships to reach a wider audience.

One such example is its tie-up with Jack Daniels to market and sell the legendary cocktail ‘Jack and Coke.’ This foray into the alcoholic beverages market is the company’s new direction and shows its hunger for further growth and expansion.

Held By Experts like Warren Buffet: Warren Buffet is considered the guru of stock trading. His moves in the share market are followed by one and all. Even when analysts were sceptical or competition like Pepsi was breathing down Coke’s neck, he kept purchasing the stock and now owns over 9% of the company.

Surely, his unwavering faith is evidence that Coca-Cola is a robust company with sustained performance and growth over the years.

Recession-proof and Inflation-proof: The large global and local portfolio, the ability to adapt under the threat of international and domestic competition, and the company’s business model are what have allowed Coca Cola with stand various recessions and market upheavals.

It still stands firm financially, as evident from the analysis of its stock’s performance in the next section. 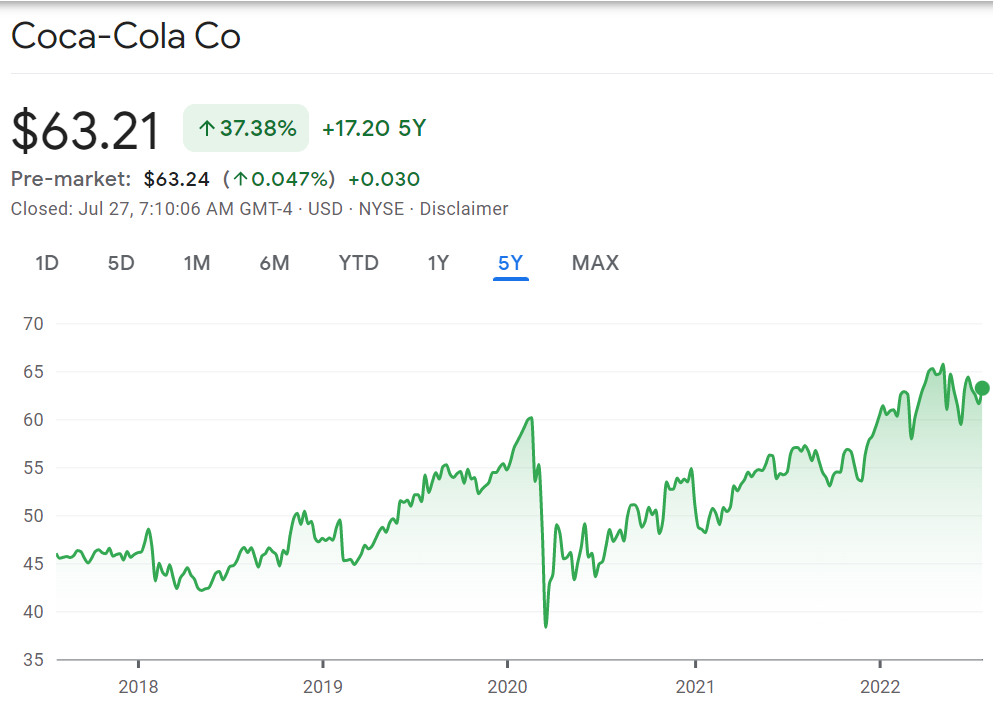 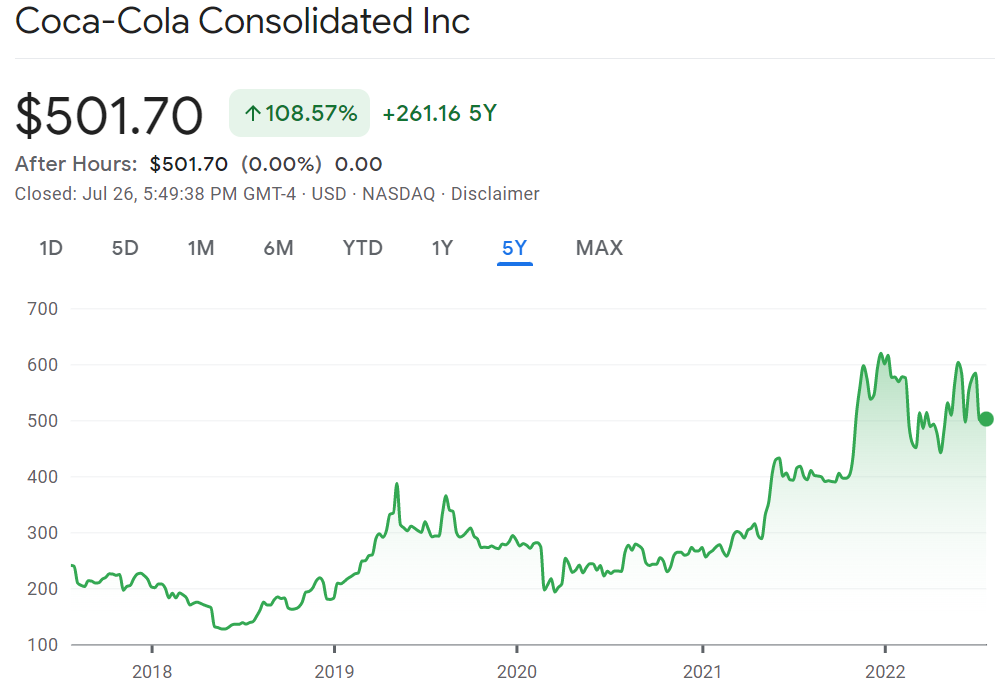 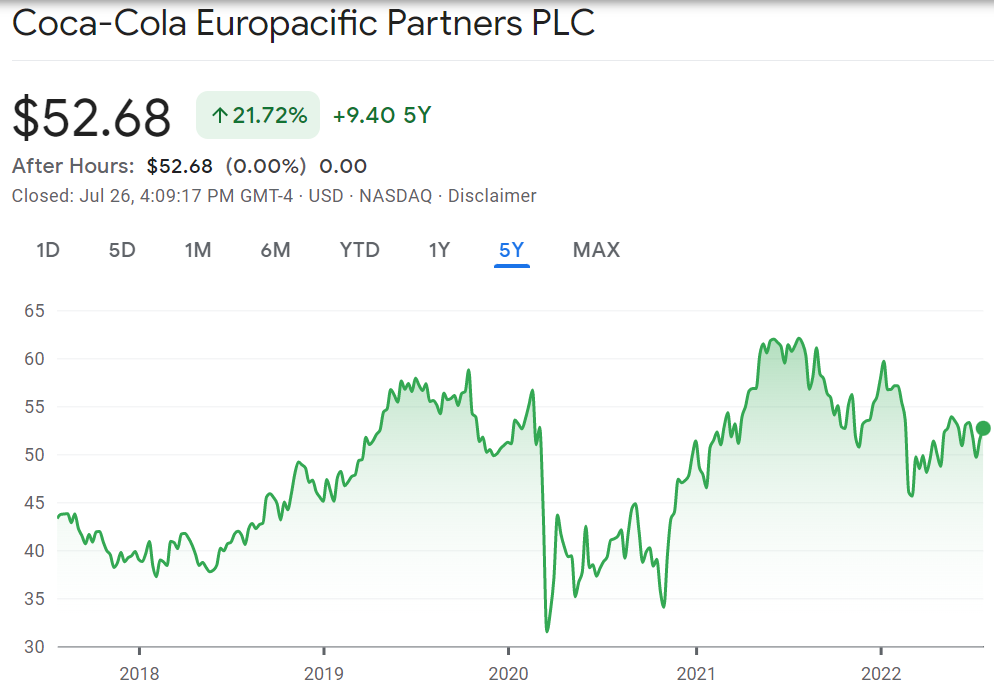 To better understand the performance of all three stocks of Coca-Cola, let’s look at the 5-year charts of their prices. As you can visualize from the charts provided, you can notice that while KO and CCEP broke their 2018 lows in the crash of 2020, the COKE stock price still traded above the lows.

Recently, the stock markets have corrected due to several reasons like rising inflation, an ongoing pandemic, and geopolitical tensions between Russia and Ukraine. However, the KO stock did not see any major correction amid the volatility.

This indicates the strength, and the COKE stock has given a return of 108.57% in the last 5 years. Its major gains were seen after the 2020 crash. On the other hand, the stocks KO and CCEP gave a return of about 48% and 29%, respectively.

Recently, the Morningstar rating agency confirmed the Coca-Cola Company has a stable trend and issued an A rating to the company’s stocks. KO’s price to earning (P/E) ratio is 27.63 times, whereas for COKE and CCEP are 21.07 and 19.35 times, which is slightly above the average ratio between 20-25.

Few companies regularly pay dividends, and The Coca-Cola Company (KO) is one such company. Since 1920, they have paid dividends every quarter. Not only that, Coca-Cola has increased its annual dividend payout for 55 years in a row.

Many investors who purchased the Coke shares decades ago enjoy consistent significant dividends every quarter in addition to increased shares due to stock splits and capital appreciation.

So as a retail investor, how to buy Coca-Cola shares in India?

How to invest in Coca-Cola from India?

Direct Stock Investment: Simple and straightforward, you can choose Stockal to directly buy the shares of the company. The steps to do so are rather easy:

Understand the risks: Any investment should be undertaken by carefully understanding the risks associated and mapping to your own risk-taking ability. Fortunately, Stockal gives you the option of fractional investing, using which you can invest smaller amounts to test the waters before placing larger orders.

Choose the medium for investment: Brokerages, Investment apps- Stockal, and NSE IFSC are just some of the options available to you to invest in the US stock market. Choose the right medium for your investment based on the risks involved, ease of operation, and consideration costs or commissions.

Decide the quantum of investment: The amount to be invested should be determined after understanding your risk appetite and investment horizon. Stocks like Coca-Cola are known to perform well over longer durations, so keep that in mind before investing.

Place the order: After completing all the above steps and opening an account with the chosen medium, you can go ahead and place your order.

ETFs: Exchange Traded Funds offer all the convenience and freedom of a mutual fund but with the added element of enhanced liquidity since you can easily trade them on the stock exchange just like a normal stock.

ETF is not a single stock, though. It is a collection of stocks; you can get Coke shares by choosing one like the S&P 500 ETF.

Basket Stacks: If ETFs are an improvement over Mutual Funds, then Basket Stacks go one step further. They provide diversity and profitability to your portfolio with minimal manual intervention since they are designed by market experts, experienced wealth management firms, and global hedge funds.

The stacks are automatically rebalanced as well to give you the best equity exposure with minimal risks. S&P US Champions Portfolio is one such example.

Mutual Funds: Mutual Funds are convenient and flexible. Using a SIP you can invest small amounts regularly without having to worry too much about the market conditions.

Do note that while they offer you freedom from stock tracking; they can be limiting in your ability to rebalance the fund or add/reduce exposure to other stocks included therein. Moreover, they cannot be directly traded in the stock market.

Different ways of investing may appeal to different people. However, it is widely agreed that the best way depends on the ability to take higher risks.

Direct form investment may expose you to higher risk due to market volatility, yet it also offers higher returns. It is also the most cost-effective way to buy Coca-Cola shares in India with the lowest costs of purchase.

The 130-year-old beverage brand Coca-Cola has played a significant role in growing investors’ wealth. In this journey from its listing in 1919 to 2022, the company has abundantly rewarded investors in terms of capital appreciation and dividend income.

Considering the stable trend in the stock price, the KO share does not seem to give up its charm very soon. The market volatility may provide some correction in prices, creating a good entry point for long-term investors.

The U.S. stock markets have historically rewarded long-term investors, and with fundamentally strong companies, you can join the league to earn superior returns from global investing.

To embark on this wealth creation journey by investing in geographically diversified financial markets, you need a trading account that enables investing in US stocks. You can start your investment in Coca-Cola shares from India and many other U.S.-based companies in a few simple steps.

How to invest in Coca-Cola from India? With Stockal, you can do fractional investing (buying a fraction of a whole share) for as low as $1. Over 220,000 investors have taken their portfolios global through Stockal’s low-cost investing platform.

To learn more, you can visit Stockal’s website here. 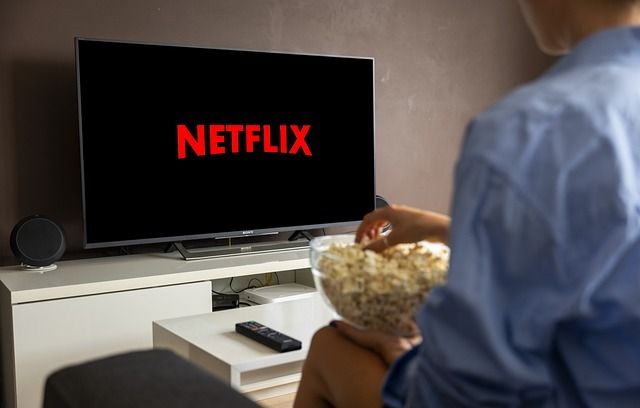 Investing
Why is Netflix Stock one of the worst performing on the S&P 500?
October 30 2022 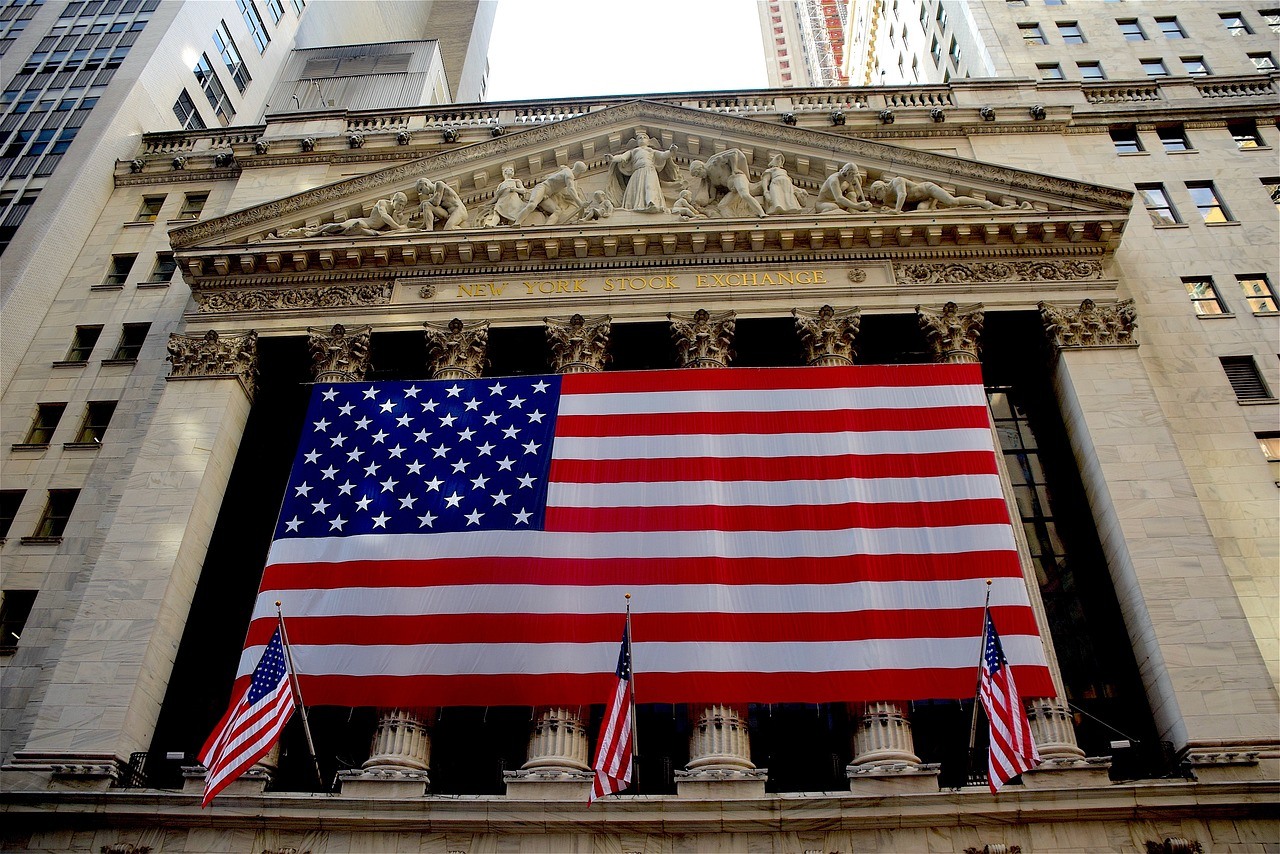