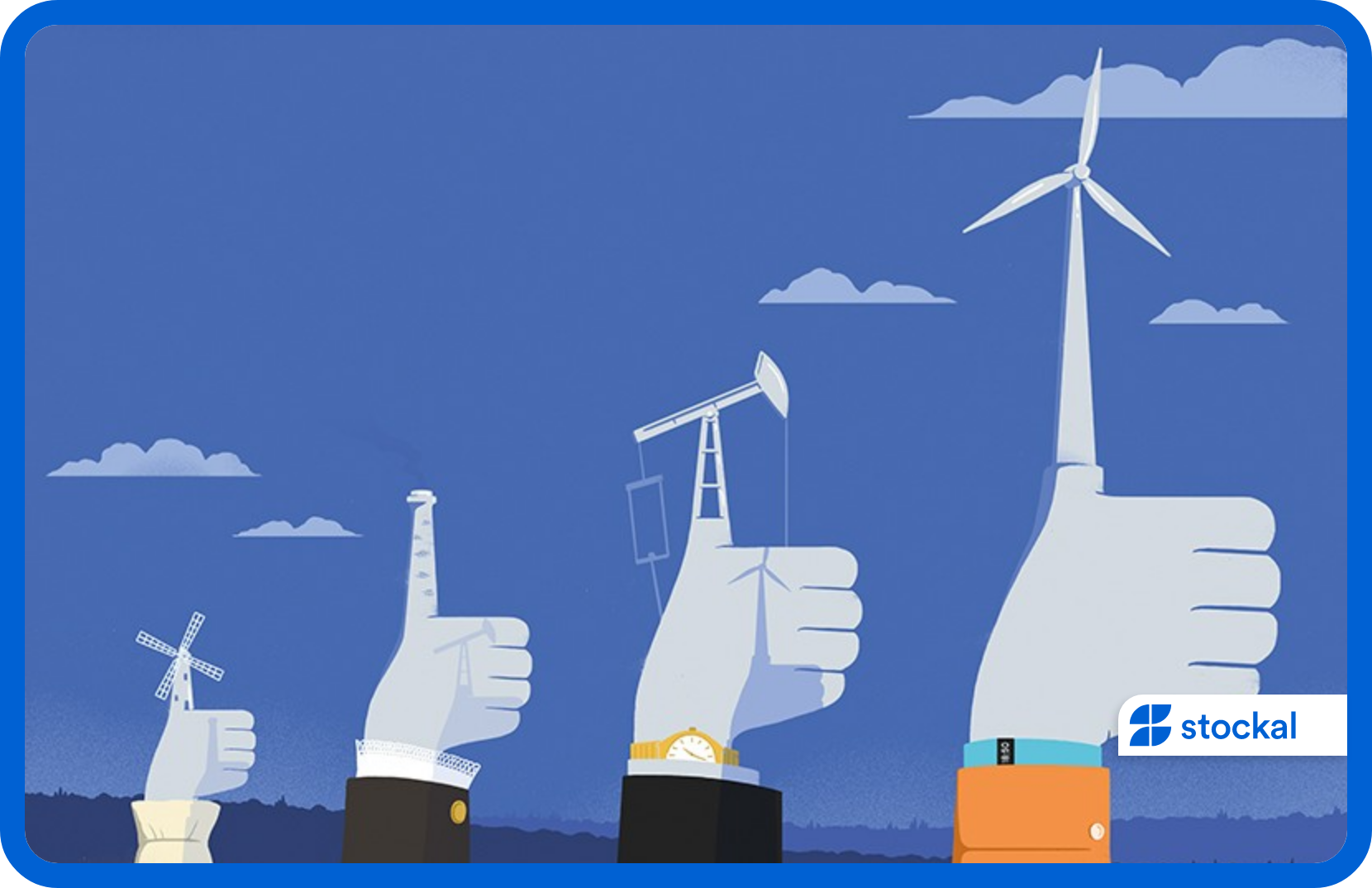 Inflation and war will go down as the words of the quarter. However, one sector that has undoubtedly benefited from both is the energy sector, with crude oil prices rising over 50% YTD 2022 in just two months of the year. During 2021, energy stocks have been the top performers in a phase of higher inflationary cycle.

The surge in oil and gas prices can be explained by the basic principle of demand outpacing supply. While receding from the pandemic, recovering global economic activity and pent-up demand for international travel gave a boost to overall energy demand, the ongoing war between Russia and Ukraine is keeping the oil and gas supply in the danger zone. In January this year, energy costs jumped 27% in the United States while the Consumer Price Index (CPI) for all items went up by 7.5%, over the year.

After most of the companies reported their fourth quarter results recently, the energy sector came out as a clear winner in the market. As per data from DataTrek Research, the energy sector posted a 9% net margin in Q4 2021 as against net losses seen a year ago. Elevated oil prices are the major catalyst behind this swing as demand for staples like energy are inelastic or relatively insensitive to price hikes. This gives energy companies the power to pass inflationary burden onto the customers ultimately.

Some of the best market performers belong to the energy sector. While oil and gas explorer Marathon Oil (MRO) doubled in a year, energy behemoth Exxon Mobil (XOM) gained 40% in the same period and are some of the big winners so far.

Last week, crude oil prices breached the $100 per barrel mark as the fear of sanction on Russian oil exports fuelled supply concerns. As of 1st March, there have been no direct sanctions on Russian oil trade yet. Natural gas prices traded in the U.S. were higher too. However, blocking some of the Russian banks from SWIFT – a global payments system – and certain state-owned energy companies from raising funds from the U.S. markets, is likely to cause some disruptions in fuel supply.

The prices of WTI Crude oil prices were higher once again this week to touch the $116 a barrel mark and the Brent crude spiked to more than $113 per barrel this week  (highest since 2012) on fears of major disruptions as a result of the conflict in Ukraine. Although the west is yet to target Russia’s enormous energy sector, investors have already seen some kind of disruption to the country’s significant oil production. In 2020, Russia produced more than 10 million barrels of oil per day which is roughly about 11% of the global supply and only behind the two big oil producing countries namely U.S. and Saudi Arabia (graph below). The White House called on the U.S. oil companies to increase their productions if possible as the oil release of the global reserves by IEA members was seen as too small to appease concerns of tight supplies currently.

Exhibit 3: The Big oil players by country (By production in 2020)

In 2019, oil and gas made up for about 60% of Russian exports. Given how dependent Russia is on its energy exports, there is also a mounting pressure on the West to impose energy sanctions on the country to cut its lifeline. No matter how the geopolitics plays out, one thing is certain and that is the increased volatility in crude oil prices.

The rise in natural gas and crude oil and other commodities like Palladium, silver and gold is pretty much evident post the Russia invasion last week, as the share of Russia in the global commodities is pretty high as shown in the graph below.

Exhibit 5: Russia’s share of global production of some of the key commodities

Europe’s conundrum: To buy or not to buy from Russia

The market is also fearing the scenario of Russia hitting back with suspension of oil and gas exports. This makes Europe highly vulnerable as the continent imports 40% of its natural gas from Russia. Germany relies on Russia for half of its natural gas requirements, 45% of coal and 34% of oil. Besides energy needs, Europe needs Russian gas to make agricultural fertilisers like ammonium nitrate and urea. Hence, gas disruptions will also hit the continent’s ability to cultivate crops and provide food to its people.

Every cloud has a silver lining and the ongoing war is a testimony to that old adage. The Russian attack on Ukraine has served as an alarm bell for the European countries to hasten their shift from Russian fossil fuel to clean sources of energy. This will serve the twin purpose of decarbonisation and fuel supply security. Germany, on Monday, advanced its goal to source all its electricity from renewables by 2035. Moreover, there is now increased pressure on the European Union (EU) from turbine-makers to accelerate the permitting process for new wind farms. The aforementioned circumstances act as a catalyst for the growth of renewable energy. On this positive turn of events for the sector, renewable energy stocks in the United States went on a rally to end the month of February.

Some of the stocks which have rallied in this space include: WilderHill Clean Energy Index (ECO) which was higher by 4.5%. Among the top performing S&P 500 stocks, solar energy inverter suppliers Enphase Energy (ENPH) and SolarEdgeTechnologies (SEDG) surged 8.44% and 14.93%, respectively, on the last day of trading in February. Wind turbine blade manufacturer TPI Composites (TPIC) added 18.8% and residential solar firm Sunrun (RUN) gained 10.71%. While Europe’s reliance on natural gas will continue for decades, the transition to renewables will help diversify its supply geographically too.