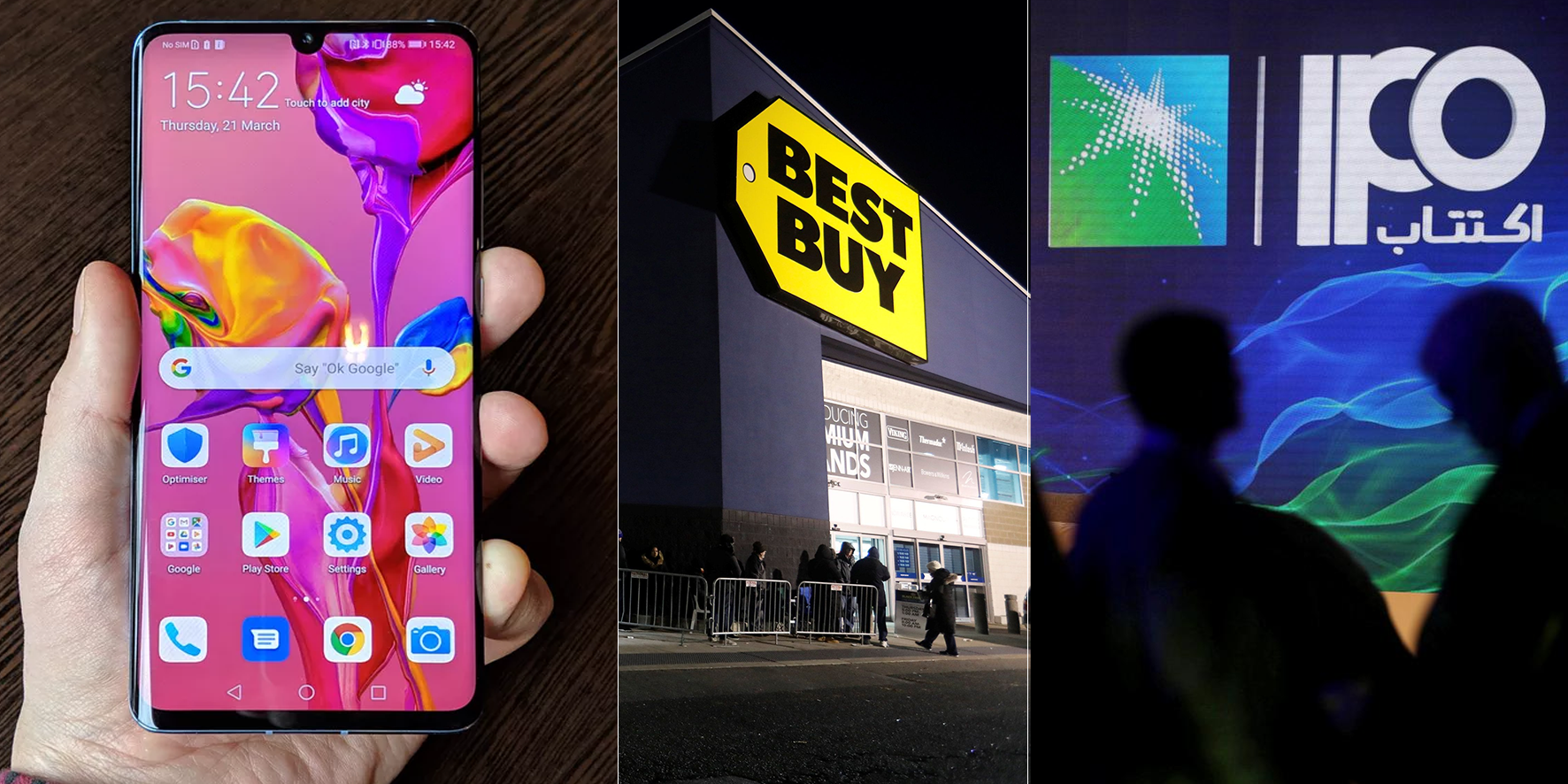 Black Friday shoppers spent $7.4 billion online, creating the second-largest Internet shopping day. It came second to Cyber Monday 2018 which had $7.9 billion in sales. CNBC reported that the average order value for about 4,500 tracked online retailers increased by 6% to $168, as consumers were comfortable buying big-ticket items online. It is estimated that Cyber Monday may record over $9 billion in sales constituting a jump of over 15% from 2018. In contrast, sales in-stores declined by 1.6% and average transaction values dropped 6.7% from a year ago. However, many Americans still hit the malls on Black Friday as hunting for deals during Black Friday is a family tradition and a part of American culture.

Huawei Manufactures Smartphone without US parts

In May, the Trump administration had banned US firms from supplying chips to the Chinese smartphone giant Huawei. Since last month, the government has started lifting the ban and US suppliers are getting ready to resume business. However, Huawei seems to have moved on. Huawei’s latest phone – the Mate 30 contained no U.S. parts. While Huawei hasn’t stopped using American chips entirely, it appears to be reducing its reliance on US suppliers.

Currently, OPEC has a pact to curb oil production by 1.2 million barrels a day until March 2020. This week at an OPEC summit, Saudi will try to extend the pact till at least June 2020 as well as cut production by an additional 0.4 million barrels a day.  Saudi wants to ensure that oil prices stay high on the day of the IPO. The IPO is scheduled for Dec. 5 th and the OPEC summit is held on the same day as well in Vienna. The Saudi’s want to “surprise the market.” December 5th could be a very interesting day for oil prices