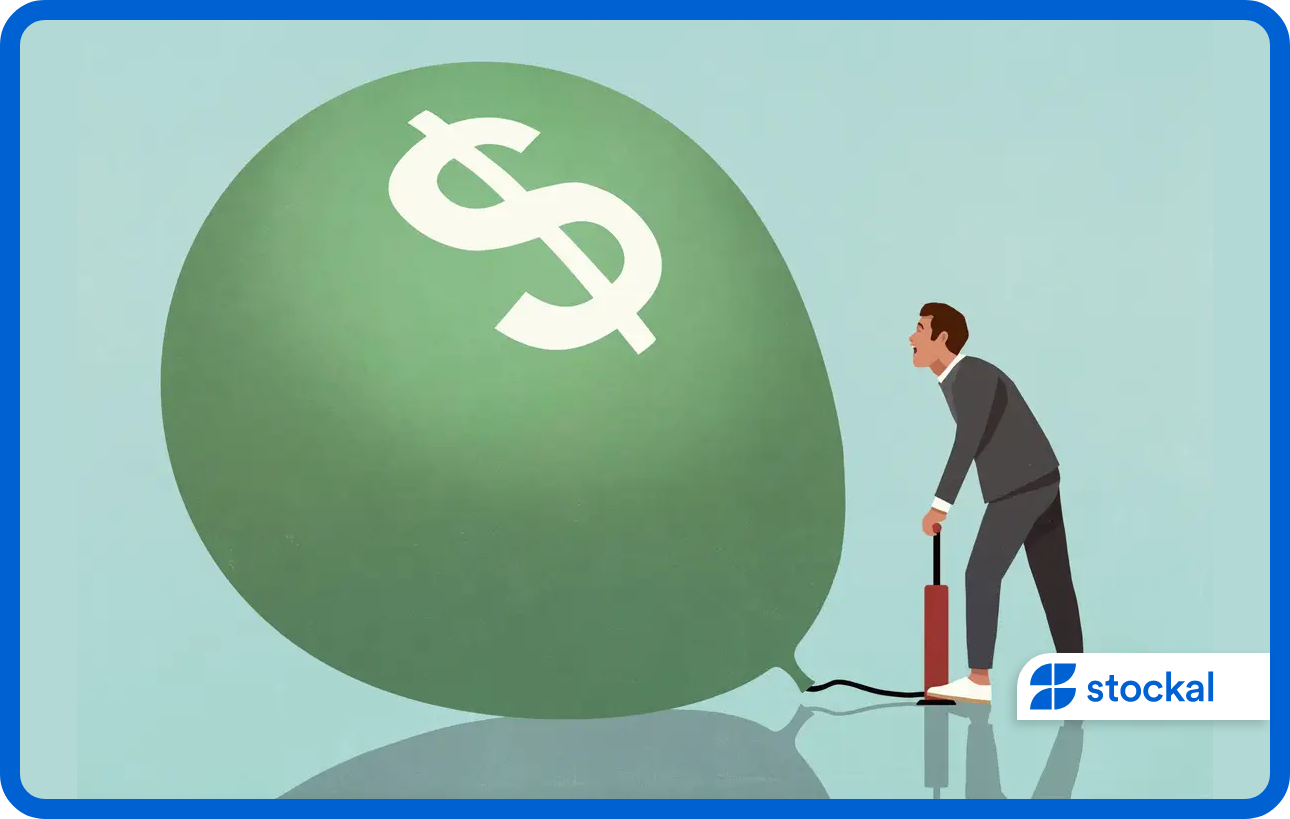 cat
Energy’s upward prices, may not cause a downward economy
March 14 2022

The U.S. economy is in a relative place of strength coming into this crisis.

Stagflation, a term that refers to an economy that is experiencing a twin threat of inflation and stagnation of economic output is on top of investors’ minds as inflation accelerated in February amid the escalating crisis in Ukraine and price pressures that became more entrenched.

But will higher inflation lead to stagflation in the U.S.? Experts believe they likely will not!

A triad of factors point to the U.S. economy being in a relative place of strength and resilience coming into this crisis.

Firstly, the U.S. consumer is in relatively good shape coming into the crisis, supported by healthy financial positions and excess savings of nearly $2.5 trillion versus where consumers stood before the pandemic.

This financial position serves as a cushion for consumers from higher gas and food prices. With the endgame of the pandemic in sight, consumers are now reemerging. As a result, measures like retail sales, personal consumption and jobs data are seeing an upside recently.

Secondly, with the U.S. being a net energy exporter, higher oil prices may hurt the consumer at the gas pump but will help U.S. energy producers and act as a buffer to any potential demand erosion.

While higher oil prices in excess of $100 may lead to a slowdown in demand – perhaps reducing this year’s GDP growth figure to under 3.0%, experts do not see the U.S. economy falling into recession.

Meanwhile, the West-East decoupling continues with McDonald’s and Coke pulling out of Russia. Other big foodies include Starbucks, which is shuttering its Russian coffee shops; and PepsiCo, which is pulling some sodas out of the country (but will continue selling essentials like baby formula and milk).

Apple’s (AAPL) first product event of the year may not have had as many jaw-dropping debuts, but it’s looking to the past to capture future market share. Apple’s entry-level budget model – the iPhone SE brings back old-school design to capture thriftier customers. iPhone SE uses Touch ID technology in contrast to the more expensive iPhone 11 series that relies on Face ID instead.

Other than it offering 5G, the biggest change is the A15 Bionic chip, up from an A13 Bionic. If you’re coming from an old iPhone, you’ll feel an immediate performance boost, even when you’re just launching apps or scrolling menus. That processor also gives new life to the 12-megapixel camera, which itself isn’t necessarily meaningfully improved.

Apple is trying to be like a social club with different tiers of membership. It is positioning the iPhone SE line for junior members with a low price point and limited features but with all the bragging rights of being an Apple owner.

To maintain its premium reputation, Apple used to avoid making cheaper iPhones. Now, analysts say the budget iPhone SE could make up one-tenth of Apple’s sales after it hits stores next week.

By offering more affordable iPhones, Apple can court the 80% of the world’s smartphone users who don’t have one. Apple is hoping that its cheaper phones will be the junior membership card that hooks users into its ecosystem.

Should you take a bit of Apple stock, though?

To be sure, the Apple bulls run strong on Wall Street even on iPhone demand concerns. Any fresh weakness in Apple’s stock, however, may offer a rare buying opportunity into the iPhone maker.

Thomas Friedman famously said: “No two countries that both have McDonald’s have ever waged war against each other.”

However, contrary to his statement, McDonald’s (MCD) is temporarily shutting its nearly 850 locations in Russia.

The decisions followed pressure from critics and similar moves by other Western companies. On Twitter, people used boycott hashtags to target companies like McDonald’s and PepsiCo that until Tuesday were quiet about their plans for Russia.

In addition to closing its Russian locations temporarily, McDonald’s has also shuttered 108 restaurants in Ukraine for the time being. Russia and Ukraine together account for roughly 2% of McDonald’s systemwide sales, 9% of its revenue and 3% of its operating income.

Queues were seen snaking outside McDonald’s outlets in Moscow after the burger giant announced it was suspending operations in the country.

Nevertheless, while the fast-food giant announced that it would temporarily shutter its Russian locations, it also added that it would keep paying employees and other business costs.

Meanwhile, Yum Brands (YUM) is closing only company-owned KFCs, and still hasn’t reached an agreement with franchisees to shut Pizza Huts. But while most global McD’s are franchised, 84% of its Russia locations are company-owned.

McDonald’s was one of the first American corporations to open its doors in Russia during the fall of the Soviet Union. Nearly 40,000 people thronged McDonald’s in Moscow’s Pushkin Square on opening day in what was seen as a symbol of capitalism’s triumph over communism.

The closure will without doubt bite into McDonald’s revenue. The fast food giant expects that its Russian shutdown will cost the fast-food giant roughly $50 million a month, or 5 cents to 6 cents per share. For comparison, McDonald’s reported fourth-quarter net income of $1.64 billion and earnings per share of $2.18.

The move has caused at least one analyst to turn cautious on McDonald’s.

Northcoast Research analyst Jim Sanderson cut his rating on McDonald’s to Neutral from Buy on Thursday, removing his price target from the stock. “Closing operations temporarily will create headwinds to earnings that could continue for years,” he said.

Sanderson also believes that consumer demand will remain resilient, but that Russian headwinds, combined with rapid inflation, mean there are too many things working against McDonald’s near-term.

Amazon stock all set to get more affordable

Amazon (AMZN) stock is all set to get more affordable given that the company announced a 20-for-1 stock split last week.

The tech giant revealed plans for the split — its first since September 1999 on the heels of Alphabet’s announcement where it said it would do its own 20-for-1 split.

The announcement, not surprisingly,  sent Amazon shares up more than 6% in intraday trading Thursday, to more than $2,900 each.

Stock splits usually happen when the price of a company’s shares has gotten very high. In a stock split, a company divides up its shares to lower their price and increase the overall amount of shares available.

Should you add Amazon stock to your cart?

Investors who unbox Amazon’s business prospects may find it more exciting than the news of the split. The company has increased revenue from $61 billion in 2012 to $479 billion in 2021. This explosive revenue growth has flowed to operating income, which increased from $676 million to $24.9 billion in that same time.

Stock splits are mostly cosmetic, given that fractional shares are becoming widely available. Fractional shares take affordability much further than splits, since you can set your dollar amount.

Nevertheless, splits suggest that a company is confident about its stock’s growth.

Regardless of the stock split, Amazon is a great stock for long-term investors.

Meanwhile, experts recommend that investors split their purchase in two – buying half of their allocation before and half after the June 6 inflexion point – to minimise the impact from trading activity surrounding the split.