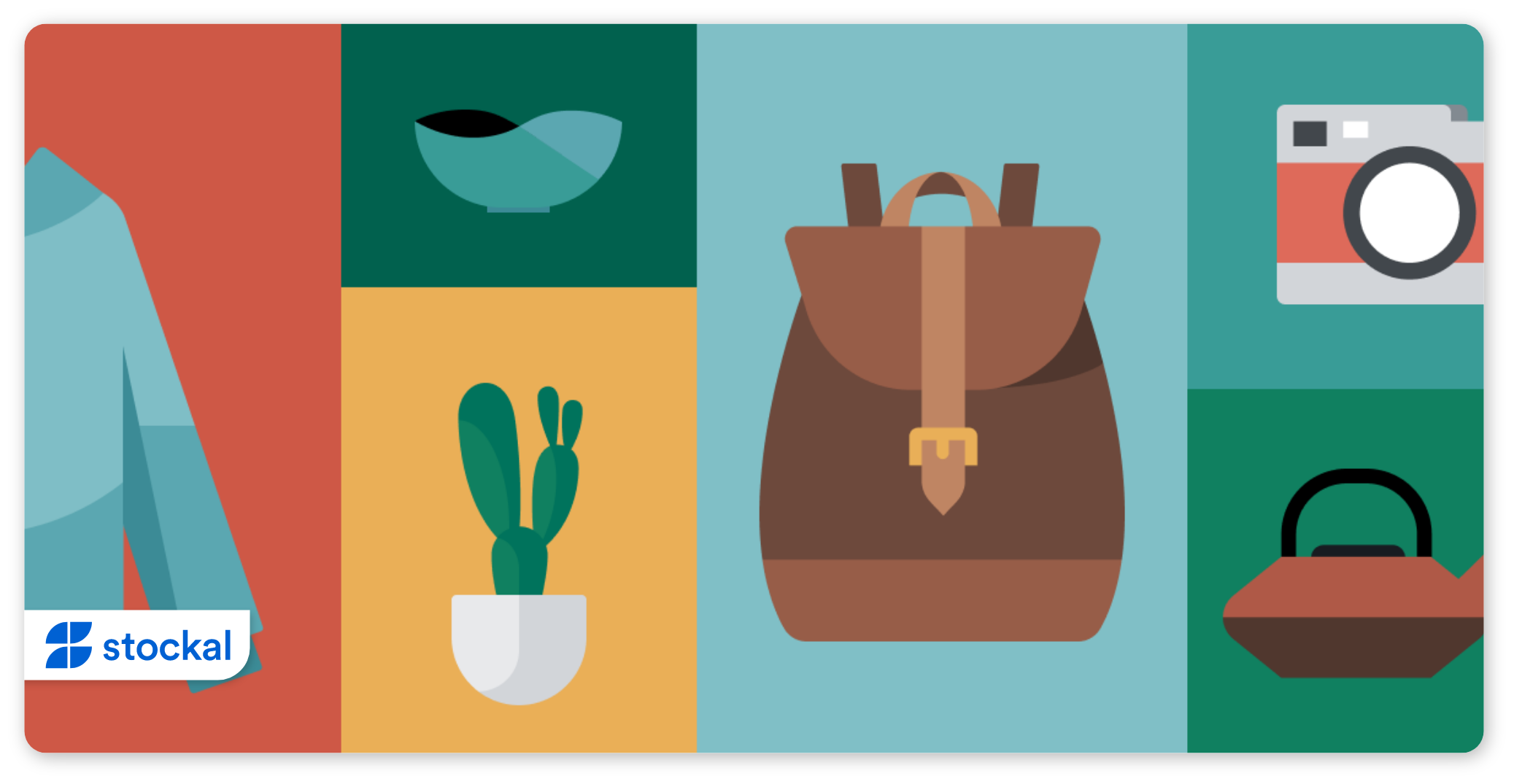 As the country saw lockdowns and retailers were forced to close physical stores, e-commerce reached an all-time high of 16.4% of the total global retail sales. During the beginning of the pandemic in 2020, the e-commerce business grew exponentially in 3 months of Q1 2020 as compared to what was seen in the previous 10 years. Accordingly, the spillover effects have forced buyers to adjust their shopping habits too, which saw over 52% of the buyers shifting to online shopping during the pandemic. For most of them, online purchases were a safer option and some buyers also expressed that they would be uncomfortable with in-store shopping even after the pandemic is over. Interestingly, it is not just Gen Z and millennials who are driving up this trend but the older customers also moved online.

While the post-Covid recovery is expected to be slower than the 2008-09 global financial crisis, e-commerce is likely to be the economic sweet spot as brands and consumers are increasingly looking at online purchases. Nearly 150 million people shopped online for the first time during the pandemic, and the number of e-commerce buyers is likely to rise in 2021. E-commerce as a percentage of the total global retail sales is likely to grow over the next five years, and this trend is a tailwind for several digital brands. Let us look at one such e-commerce giant Shopify (SHOP) which accounted for over 8% of the U.S. Retail E-commerce sales in 2020 and came out with stellar Q2 earnings.

U.S. Online shoppers by ‘age’ during the pandemic

52% of the North American buyers said that the pandemic has changed the way they will shop going forward.

Shopify (SHOP) is a leading provider of essential internet infrastructure for e-commerce, which offers trusted tools to start, grow, market and manage a retail business of any size. It is one of the largest E-commerce platforms for online stores and a retail point-of-sale system which allows merchants to set up an online store and sell their products. Through its platform and services, Shopify delivers a better shopping experience for consumers and powers over 1.7 million businesses in more than 175 countries. The platform offers online retailers a suite of services including payments, marketing, shipping and other customer engagement tools. The company has seen manifold growth in its product innovations and services over the years by lowering barriers and simplifying operations with its merchant-first focus which attributes to its unprecedented growth in revenues. The company has built the essential infrastructure in this increasingly digital world to allow as many customers and merchants to participate and grow their businesses online.

Shopify has consistently improved on its offerings to help merchants and developers build the future of commerce on the internet with more flexible and customizable storefronts. Through this, the merchants are able to easily showcase their brands and create unique online experiences through the platform upgrade, Online Store 2.0, while the new APIs and tooling enable developers to unlock the platform features such as new cart functionality, selling plans, international pricing and local pick up.

Through the launch of the company’s new Shopify Payments Platform, the checkouts are likely to be faster giving any merchant the capacity to handle tens of thousands of purchases per minute and enable developers to create payment getaways and easier to customize which allows the developers to securely build apps directly into the Shopify Checkout.

This refers to the amount of Gross Merchandise Volume (GMV) which is processed through the Shopify payments. The GPV for the quarter stood at $20.3 billion (a 51% year-on-year growth) which saw a penetration of 48% of the GMV during the quarter as compared to 45% seen in Q2 2020.

Shopify Capital is a business finance program similar to Square Capital or PayPal working capital. It offers short-term business funding in the form of merchant cash advances and short-term loans to its merchants at a relatively low cost. During Q2, 2021, merchants in the U.S., Canada and the U.K. received a record $363 million (an increase of 137% from a year ago) by way of merchant cash advances and loans through Shopify Capital. Shopify Capital has grown to a cumulative capital of approximately $2.3 billion advances offered since its launch in April 2016, of which $415.4 million remains outstanding at the end of Q2 2021.

Shop Pay gives customers the option to buy now, pay later (BNPL) by offering Shop Pay instalments. This option is available to merchants who are eligible for Shopify Payments. At the end of Q2 2021, Shop (app) had more than 118 million registered users (including buyers using Shop Pay as well as the Shop app) and attributed to nearly $30 billion in cumulative Gross Merchandise Value (GMV) since its launch in 2017.

Shopify’s revenues are higher than its peers

When you compare Shopify with its close competitors like Wix or BigCommerce, Shopify is huge in terms of revenues or even merchant tie-ups. Shopify’s revenue growth is a reflection of the state of e-commerce growth as the company works with several brands including Allbirds, Dior, Comme des Garcond and Kith in the fashion space, unlike its competitors. The company also saw the GMV growth in the apparel and accessories category growing at 65% from March 2020, as luxury fashion brands are adding up to the increased GMV. With an increased product offering and expansion of the platform services, Shopify is likely to remain competitive in the e-commerce space for the next few years unless its competitors come out with different strategies for growth.

Exhibit 5: Revenues of Shopify and its competitors (Q1 2021 in millions USD)

The Canadian e-commerce giant garnered its first $1 billion in revenues primarily driven by record Gross Merchandise Volumes (GMV) along with marking its 5th consecutive profit-making quarter. As consumer spending remained strong, there has been a significant growth of merchants on the platform which in turn contributed to the company’s rapid growth during the quarter.

Merchant Solutions, which saw revenues of $785.2 million was up 52% largely driven by growth in Gross Merchandise Volume (GMV). The company’s partner ecosystem continued to grow as approximately 46,400 partners referred a merchant to Shopify over the past 12 months which was up from 30,300 (or 53%) over the 12 months ended Q2 2020. This added to increased GMVs for the company and thus increase Shopify’s revenue growth.

Exhibit 7: Segment-wise revenue break-up for Shopify during the quarter

GMV represents the total value of orders facilitated on the Shopify platform including the apps and other channels. Shopify’s GMV was reported at $42.2 billion during the quarter up from $30.1 billion a year ago (40% year-on-year growth) as the company sees an increase in the number of merchants joining and scaling up on the platform.

Exhibit 8: Growth in Gross Merchandise Volume (GMV) over the years and during Q2 2021

Shopify’s subscription solutions, which is the company’s other revenue driver, saw an increase of 70% year-on-year at $334.2 million primarily from the increased number of merchants joining the platform during the quarter.

Monthly Recurring Revenue (MRR) grew 67% year-on-year with MRR of $95.1 million, up from $57.0 million a year ago as more merchants joined the platform and the number of retail locations using POS Pro increased. Note: MRR is calculated at the end of each period by multiplying the number of merchants who have subscription plans with the company by the average monthly subscription plan fee in effect on the last day of that period. This assumes that the merchants maintain their subscription plans the following month.

Shopify Plus contributed $25.2 million during the quarter (26% of MRR) as a result of the significantly higher number of merchants on standard plans joining the platform in the past 12 months and new incremental revenue from the Retail POS Pro subscription offering.

Outlook for the second half of the year

The management expects revenue to grow rapidly in the second half of 2021 but at a lower rate than in 2020. Spotify’s subscription solution revenues are likely to be driven by more merchants around the world joining the platform in 2021. The increased numbers could be lower than that seen in 2020, however higher than any year prior to 2020.

The merchant solutions revenue growth will be driven by continued GMV growth from the existing merchants and the new merchants joining the platform and the company is likely to see expanded adoption of Shopify’s merchant solutions including established offerings such as Shopify Payments, Shopify Shipping and Shopify Capital both geographically and also as new merchants grow into them. Additionally, Shopify Fulfilment Network and 6 River Systems are likely to contribute nascent but incremental revenue in their early stages.

The company is likely to expect rapid growth in gross profits for 2021 and plans to reinvest into the business with aggressive expansion and growth plans. The company benefited from the sustained momentum of digital commerce trends in the first half of 2021, combined with the U.S. stimulus distributed in March and April 2021 which added to Shopify’s higher-than-anticipated revenues and lower operating expenses as a percentage of revenues in the first half of 2021. As a result, the company is likely to expect full-year adjusted operating income for 2021 to be above the level achieved in 2020.