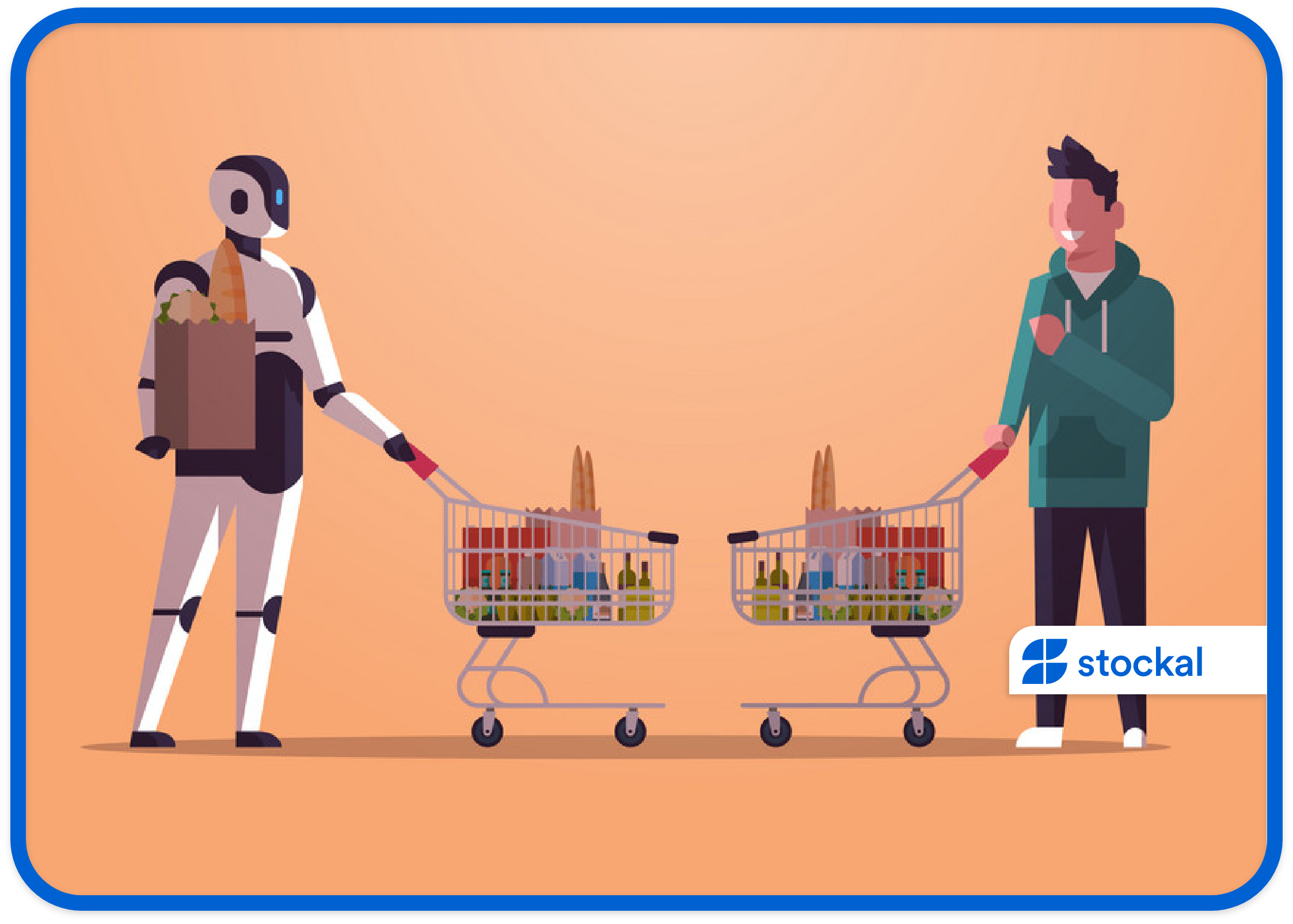 All three major U.S. stock indexes ended at all-time highs this Friday, with the Dow Jones Industrial Average, S&P 500, and Nasdaq Composite each notching a fifth straight week of gains after a stronger-than-expected October jobs report.

After logging seven new highs over the last seven trading sessions and the most record highs in a year since 2013, the S&P 500 could just be on track to finish 2021 strong. On top of the solid macroeconomic backdrop, favourable seasonality might be another reason why the positive momentum could carry through to the end of the year. Historically, the two-month stretch between November and December has been rewarding for investors, with above-average equity-market gains and the highest chances of positive returns.

The Fed also announced it would begin winding down its monthly bond-buying programme this month. The announcement had been widely anticipated, and stock markets reacted positively despite earlier concerns that the pullback in crisis-era stimulus could derail the recent equities rally.

In other news, Kroger – aka America’s largest grocery chain – is opening automated warehouses across the country. Inside these giant warehouses, robots will help retrieve totes of items such as bananas, milk, meat and more to speed up fulfillment of customers’ grocery orders.

For the week, the three bellwethers ended the week with synchronised rises – finishing at all-time highs. The Dow moved up 1.4%, the S&P 500 gained an impressive 2.0%, while the tech-heavy Nasdaq gained a whopping 3.1%.

On Friday, Pfizer (PFE) announced that its COVID-19 pill reduced hospitalisations and deaths in high-risk patients by as much as 89%. It’s a result with the potential to upend how the disease caused by the coronavirus is treated and alter the course of the pandemic.

In a statement on Friday, Pfizer said that it was no longer taking new patients in a clinical trial of the treatment “due to the overwhelming efficacy” and planned to submit the findings to U.S. regulatory authorities for emergency authorisation as soon as possible.

Pfizer’s announcement now means there are now two frontrunners for treating Covid-19 patients early in the course of the disease.

Just last month, Merck (MRK) and its partner, Ridgeback, submitted their pill to regulators after a study showed it slashed the risk of getting seriously ill or dying by half in patients with mild-to-moderate COVID-19.

Pfizer has become a company of several important firsts – especially during the pandemic. The pharmaceutical giant was the first to launch a coronavirus vaccine last year. Since then, it continued to hit it out of the park – from bringing a COVID-19 booster to market, winning authorisation for its vaccine in teens, and most recently, winning vaccine authorisation for kids.

Massive revenue has ensued. In fact, the company recently increased its forecast for coronavirus vaccine revenue this year to $36 billion.

Pfizer also lifted its forecast for total revenue to at least $81 billion because its other blockbusters also are growing. At the same time, the stock has gained about 18% this year.

So, is it too late to buy Pfizer stock?

Two strong elements are batting for Pfizer as it continues to gain coronavirus vaccine market share: its booster and the use of its vaccine in kids and teens.

The company’s just getting started in these areas, so they clearly can drive higher orders as countries plan the number of doses needed for next year and beyond.

Rival Moderna’s vaccine isn’t yet available for teens and kids in the U.S. This means Pfizer has an opportunity to dominate in these age groups there.

On the COVID-19 pill front, Merck was the first to market with a potential pill treatment. But considering the need for such a product, both companies could make billions in revenue in this area.

Pfizer’s rising return on invested capital and free cash flow are two more reasons to be optimistic about the stock.

Pfizer continues to look healthy as a long term stock.

Airbnb (ABNB) posted its best quarterly earnings ever, with profits nearly quadrupling from last year as the “travelution” continues.

Profits for the quarter rose 280% year over year and the company saw its highest revenue and net income ever. Airbnb said it expects vaccination progress and the recovery of international travel to lead growth in the fourth quarter and new year.

Key elements of Airbnb’s strategy are to keep marketing spend as a percentage of revenue lower than they were in 2019, which it is doing, to capitalise on the trend where guests have more flexibility about which destination to stay in, and to recruit more hosts by increasing Airbnb’s brand awareness.

On Aug. 24, shares ramped up 10% to a three-month high in blistering volume — a sign that institutional investors loaded up on shares.

For its fourth quarter, Airbnb sees revenue ranging from $1.39 billion to $1.48 billion, in line with the Street consensus forecast at $1.44 billion. The company said that adjusted Ebitda margins in Q4 should show greater expansion over both one and two years than in the third quarter.

Airbnb has a massive total addressable market. Airbnb stock is not cheap, but its excellent prospects might justify the price.

For now, Airbnb’s 21 EPS (Earnings Per Share) Rating means its profit record in the near and long term is superior to only 21% of all publicly traded companies.

Zillow (Z), the proptech biggie’s stock plunged this week after the company reported a $330 million quarterly loss and said it planned to end its house-flipping business, Zillow Offers.

The digital real estate company, said on Tuesday that it was exiting Zillow Offers, its business that buys and flips homes, and eliminating 25% of its workforce. The announcement was attached to the company’s third-quarter earnings report. The company’s revenue and earnings missed analysts’ estimates.

Zillow is the most-visited real estate website in the United States. The proptech company and its affiliates offer customers an on-demand experience for selling, buying, renting and financing with transparency and nearly seamless end-to-end service.

The company’s original biz linked home sellers to buyers for a fee. But in 2019, it forayed into iBuying — aka making instant cash offers on houses based on “Zestimates” and cutting out agents in the middle. Zillow’s goal: Fix up properties and resell them at a profit. Zillow’s iBuying revenues soared to $1.2 billion last quarter, but profits tanked.

Zillow Offers lost $420 million last quarter, which pulled it into the red after making $40 million in total profit in the same period last year.

Zillow still needs to offload 18K houses. It expects to sell them at a 5% to 7% loss, and to lay off a quarter of its workers.

Is Zillow’s stock a Zzzzzzz?

Well, it’s certainly understandable for investors and analysts who were once-gung-ho about the company to be disappointed. Something unprecedented like this can be a thesis-buster.

And it isn’t just that Zillow is exiting the business. Making the tough decision to exit an unprofitable business is typically applauded –– but it’s how it happened that elicits deep sighs.

Firstly, there are several other players in the iBuying space, and they all seem to be doing far better than Zillow. Industry leader Opendoor (OPEN) even made it crystal clear recently that its iBuying service is open for business and is performing to expectations.

Plus, just last week Zillow released a statement saying that it was pausing its iBuying business for the rest of the year due to overwhelming demand. Events like these are likely causing investors to question the competence of Zillow’s management team, and rightly so.