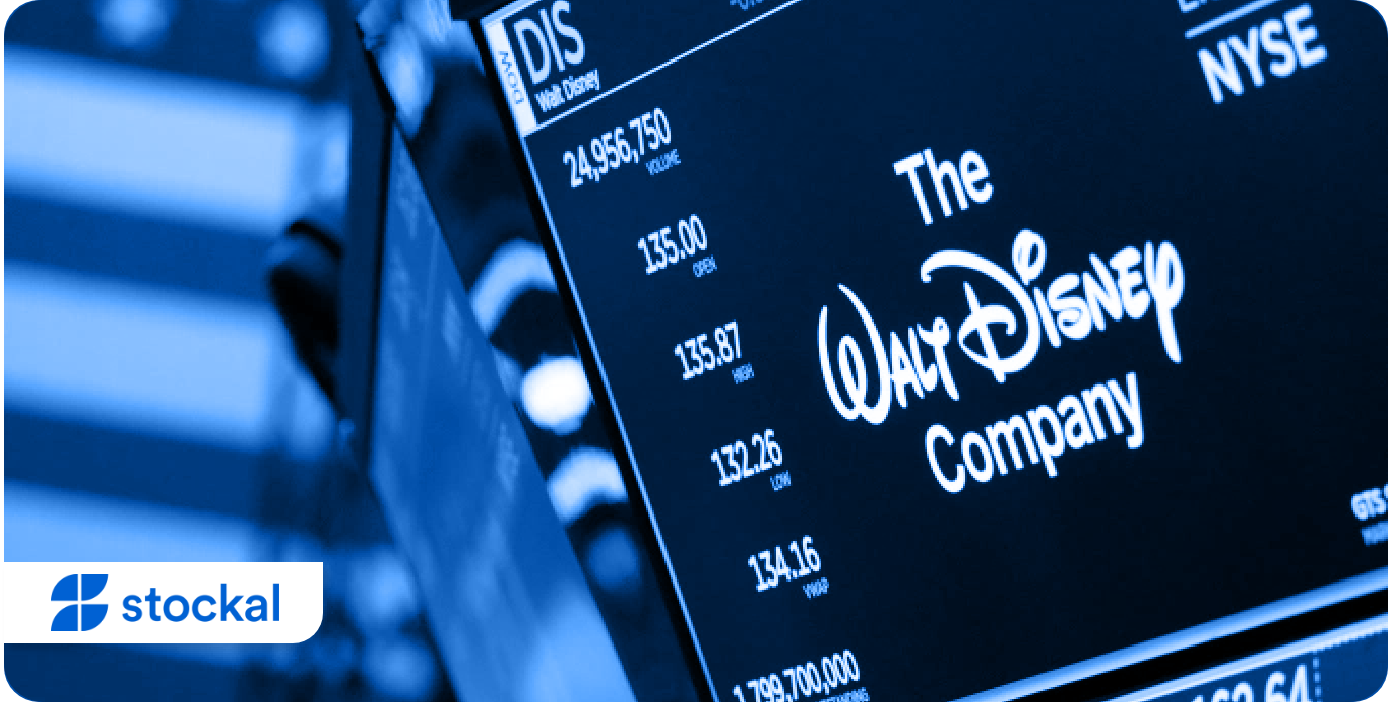 The Walt Disney Company (DIS) recently announced its Q3 earnings which saw a bounce back with its theme parks reopening after 13 months. The company reported better than expected quarterly earnings beating analysts’ expectations on revenues, subscriber growth and earnings while the stock traded higher over 5% post the results. Disney’s overall revenues grew 45% year-on-year to $17.02 billion in Q3 2021.

The company’s theme parks and resorts resumed operations at a reduced capacity after being impacted by the pandemic restrictions and returned to profitability, while the streaming business saw an all-time high in terms of subscription numbers – surpassing its 2024 initial subscription targets despite the pandemic’s impact on delays and cancellation of TV shows.

Will the first-mover advantage for the streaming giants hold on?

Over the past few years, the biggest story in the world of entertainment has been streaming. Several companies have launched streaming services over the years, trying to capitalize on the digital media shift, resulting in the so-called “streaming wars”.

Analysis of the top streaming giants, highlights two factors that have worked in their favour: first-mover advantage and the power of conglomeration. Netflix in particular, has benefitted from this with a market capitalization, soaring past $200 billion in a few short years, and a 209-million global subscriber base currently – prompting the rush to streaming platforms.

Exhibit 2: Disney + and Netflix’s Subscriber base in the current quarter

Key Highlights from the Q3 Earnings

Linear Networks Revenues came in 16% higher during the quarter at $6.95 billion where the domestic channels contributed to about $5.56 billion (13% higher year-on-year) and the international channels grew by 29% year-on-year to $1.39 billion.

Direct-to-Consumer: Revenues from the DTC segment which includes Disney+ grew 57% year-on-year to $4.25 billion, and the segments’ operating loss decreased from $0.6 billion to $0.3 billion largely due to improved results from Hulu which was partially offset by the losses at Disney+.

Content Sales/Licensing: This segment reported decreased revenues during the quarter at $1.68 billion (lower by 23% year-on-year). The content available for distribution in home entertainment was heavily impacted by the production delays and fewer theatrical releases since the onset of the pandemic.

Higher Subscriptions for Disney+, ESPN+ and Hulu together

The pandemic has certainly accelerated the growth journey of Disney’s streaming business, as consumers ran out of things to watch pretty quickly. However, even considering the pandemic impact, the Disney+ performance has been remarkable. Hit shows like The Mandalorian and Wanda Vision have appealed to global audiences just as Disney was expanding to new markets. Despite the company launching in late 2019 with a somewhat lacklustre content library with just one original series along with one episode at the launch, it is worth noting that the company has seen rapid growth both in terms of content and subscriber base and is likely to continue to grow its streaming business as the company continues to invest on content.

Disney owns some of the most desirable theme parks and is well-positioned to address the pent-up leisure demand. Meanwhile, as the COVID-19 pandemic severely impacted the theme park and hotel industries and businesses across countries, the continued vaccine rollout represents a shot in the arm for theme parks.

When you look at the annual revenues of Disney’s Parks, Experiences and Product division in comparison with Netflix’s Total revenues in a year without COVID-19 restrictions or closure of theme parks (in 2019 prior to COVID-19) the segment on its own reported revenues of $26 billion which is more than Netflix has ever registered. These figures alone indicate how big the operations of Disney’s theme parks are. And with the opening up of the theme parks this April, the company expects increased consumer spending in Disney’s parks, Entertainment and Resorts albeit not at full capacity for the rest of 2021, as fears of Delta variant persist.

As Disney’s theme parks reopen post the pandemic, the company reported profits from the segment during the quarter. This segment which contributed to over 25% of the company’s total revenues ($4.3 billion) in Q3  came in higher by 308% as against $1.1 billion in the prior-year quarter. The segment reported increased revenues from both domestic and international parks as restrictions eased during the quarter. Operating income reached $356 million as compared to a loss of $1.87 billion over a year ago. (Domestic parks reported operating income of $2 million). The segment had reported a loss in operating income previously for the last five quarters due to the pandemic induced lockdowns.

Growth in merchandise licensing was primarily due to higher revenues from the sale of merchandise based on Mickey and Minnie, Star Wars (including the Mandalorian), Disney Princesses and Spider-Man. Disney stores also saw an increase in the retail business most of which were closed in the prior-year quarter.

As 44% of Americans spent more time streaming videos in 2020, the streaming wars are quite evident now. Media and technology companies are likely to be well-positioned with their growth strategies when people return back to normal while spending less time indoors. It is apparent that Disney+ is now an indispensable video streaming service alongside Netflix, with its rapid subscriber growth seen over the year. The stock has more than doubled over the year from the lows of $70-$80 seen in March 2020. It would be interesting to see how Disney continues to increase its revenues and maintain profitability both in terms of its streaming business as well as Entertainment and theme parks and resorts businesses. Disney is likely to expect robust long-term subscriber growth, particularly outside the U.S. as the company continues to add more original content and increase the depth in the Star brand. Disney’s theme parks’ revenues in the next quarter would be largely dependent on the COVID-19 restrictions and any new regulations imposed by the government this year ahead of the surge in Delta variant seen currently.