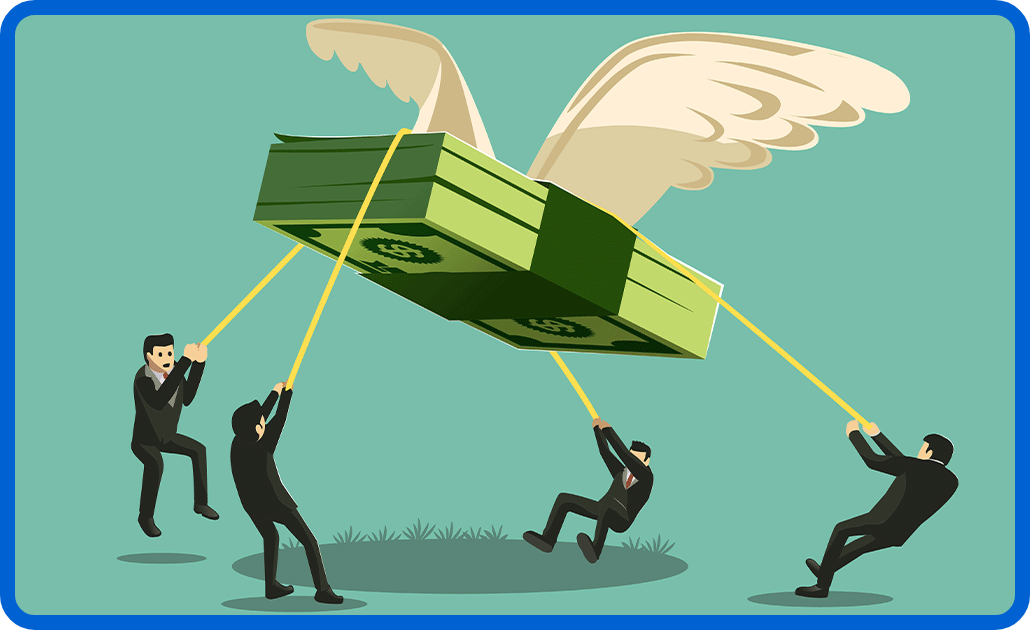 Inflation is hot, but the latest trends indicate that it’s peaking and headed gradually lower.

A day after staging a relief rally catalysed by the Fed’s rate hike, U.S. stocks lost their gains and had their worst day since 2020. The Dow and S&P dropped more than 3%, and the Nasdaq fell 5%, as the economic realities of high inflation and slowing growth set back in.

Tech led the selloff with Netflix (NFLX) losing -8% and e-commerce player Wayfair (W) losing 26% more on that in a sec. Even banks like JPMorgan (JPM) and non-cyclicals like Coke (KO) and P&G (PG) took a hit.

While volatility on Wall Street may seemingly imply increased uncertainty, events and data last week confirm two key takeaways. One: The Fed is going to keep tightening – it raised rates by 50 basis points (0.50%) last week. The Fed will keep a firm foot on the brakes to negotiate the bumpy patches on the road.

Two: The economy is still in decent (albeit not perfect) shape. There is enough evidence to show that the expansion has the ability to advance amid the sturdy headwinds from the Fed. In particular, the most powerful driver of economic activity, the labour market, remains a source of optimism.

It was also a busy earnings week that held the fate of a few key stocks. Atkore (ATKR), a company that manufactures and distributes electrical raceway products in the U.S. and internationally, rose to the top after boosting its full year outlook. On the other hand, even record Q1 revenue could not help Bloom Energy avoid landing as the worst decliner.

A glance at daily market moves last week may give the impression that volatility has moved to new territory.  Dow saw a 900-point gain on Wednesday, followed by a 1000-point drop on Thursday. The S&P 500, meanwhile, logged its three largest daily moves of the year within the last six trading days, and the Nasdaq experienced its worst daily drop since June 2020. While this may feel ominous and extraordinary, big daily swings are not necessarily a reflection of impending bear markets.

And while some experts say a recession is looming, others expect a stronger second quarter of 2022, pointing to solid personal consumption despite surging prices.

For the week, both the S&P 500 and the blue-chip Dow fell marginally by 0.2%, and the tech-heavy Nasdaq Composite slipped by 1.5%.

Investors are taking e-commerce stocks out of their carts

As a consequence, shares of e-commerce companies from Etsy Inc. to Shopify (SHOP) took a dive on Thursday after weaker-than-expected quarterly earnings and forecasts show that the pace of online shopping has slowed.

The domino-effect of disappointing results and guidance was in part catalysed by Amazon’s (AMZN) historic rout last week after the tech giant‘s revenue forecast came in below Wall Street’s projections.

Amazon’s shares have slumped 38% from their peak in July, including a 7.6% drop on Thursday that took the stock to its lowest close since May 2020.

Over the past two years, nearly a fifth of every dollar spent in the U.S. came from online orders.

Consumers are returning to their 2019 spending habits, but differently. They’re favouring concerts, travel and Sunday brunches, and the boom in e-buying is losing momentum.

E-commerce sales in the U.S.  have dropped by 3X compared to 2020 levels. This massive drop is reflected in the bottom line of some of the biggest pandemic winners.

Shares of Wayfair (W), the online furniture seller, plummeted 26%, closing at its lowest since April 2020 after its first-quarter adjusted loss per share was wider than analysts’ projections. The company lost nearly 2 million customers and $320 million in sales last quarter.

So, should you add e-commerce stocks to your cart?

In retrospect, e-commerce stocks probably got ahead of themselves. But their corrections are finally showing signs of being more reasonable for investors who have been waiting for the chance to consider the sector.

For investors who feel as though they missed the e-commerce train, the pullback could be a good time to open a starter position in what is an exciting high-risk, high-reward company with a potentially bright future.

Budweiser-maker chugs down a profitable quarter

Its revenue rose 11.1% to $13.2 billion in the three months to March, reflecting growth across most geographies and continued demand for premium drinks.

The results mirror those of Heineken and Carlsberg, the world’s second- and third-largest brewers, which have said that rising consumer prices have not so far dented demand for beer or for pricier premium brands.

The Belgium-based brewer also said it sold 2.8% more drinks by volume in the first quarter than a year ago, with increases across Latin America and Europe and declines in North America and the Asia-Pacific region.

AB InBev’s results are the latest indication that drinkers have been willing to pay more for their favourite tipple.

In North America interestingly, where drinkers have for years been moving away from AB InBev’s two blockbuster brands Bud and Bud Light, volumes have declined by 4.2%.

However, the company has been working to diversify away from these brands in the U.S., investing in Michelob Ultra and spirits-based canned cocktails, which is said to be performing well.

Granted, brewers may not always be in such a strong position as in the first quarter. The European on-trade roared back to life as the pandemic receded and drinkers returned to bars and restaurants. Consumers’ willingness to pay more for drinks consumed outside the home helps all alcohol companies, especially those like Heineken that have sizable exposure to the region’s nightlife venues.

Brewers have high fixed costs so they need to ramp up what they charge to protect their profit margins from input cost inflation. So far, the signs are positive. Beer may be less fashionable than cocktails among investors, but price increases are going down fine with drinkers.

Backed by the continued business momentum, AB InBev maintains an upbeat view for 2022. It also remains keen on making the most of investments in its portfolio over the years, as well as rapidly growing its digital platform, including BEES and Zé Delivery. More than 50% of the company’s revenues are now generated through the B2B digital platforms, with the monthly user base of its proprietary B2B brand, BEES, reaching 2.7 million.

As long as employment is good and the overall economy performs well and inflation doesn’t get totally out of control we should not see a dramatic trade down or slowdown in consumption, and therefore growth for the brand.

Ride volumes have accelerated to a pandemic high as the rebound continued, helping revenue jump 44% from the year-ago quarter.

Global ride-hailing giant Uber (UBER) reported strong growth and sales last quarter, led by a rebound in its core ride-hail biz. But even its bullish outlook didn’t keep its shares from falling by as much as 5%.

The reason? Its rival, Lyft (LYFT), had disappointing earnings a day earlier.

Lyft stock plunged 27% in extended trading on word that active riders dropped by nearly 1 million from the previous quarter, to 17.8 million. Guidance was also uninspiring.

Lyft says it’s driven by a single-minded mission to improve lives with transportation solutions. Meanwhile, Uber’s making in-roads into a host of diverse categories – from food to e-comm deliveries.

Should you book yourself some Uber stock?

Uber’s results demonstrate just how much progress it has made, pivoting, diversifying and navigating the pandemic and how the power of its platform is differentiating its business performance.

In April, Uber’s Mobility Gross Bookings exceeded 2019 levels across all regions and use cases. And looking ahead, it expects second-quarter Ebitda of about $255 million. That’s a little better than the $246 million Wall Street expects, according to FactSet.

Lyft, however only operates in the U.S. and Canada, has seen user growth stagnate and its active riders in the first quarter remain 13% below the pre-pandemic first quarter of 2019. In contrast, Uber’s user base increased 23% during the same timeframe.

Uber’s ability to generate significantly higher operating earnings from its ride-hail segment can partially be explained by its pricing strategy and power: the per-mile prices it charges for U.S. trips are higher than Lyft’s.

Now, despite the strong growth and prospects for margin improvement, Uber stock trades at under 2.5x consensus 2022 revenues, well below its delivery rival DoorDash (DASH), which trades at almost 6x projected 2022 revenue.

Considering that Uber’s overall growth is likely to come in at over 50% in 2022, with Uber revenues likely to stand at close to $27 billion (about 2x pre-pandemic levels), the stock looks attractive.