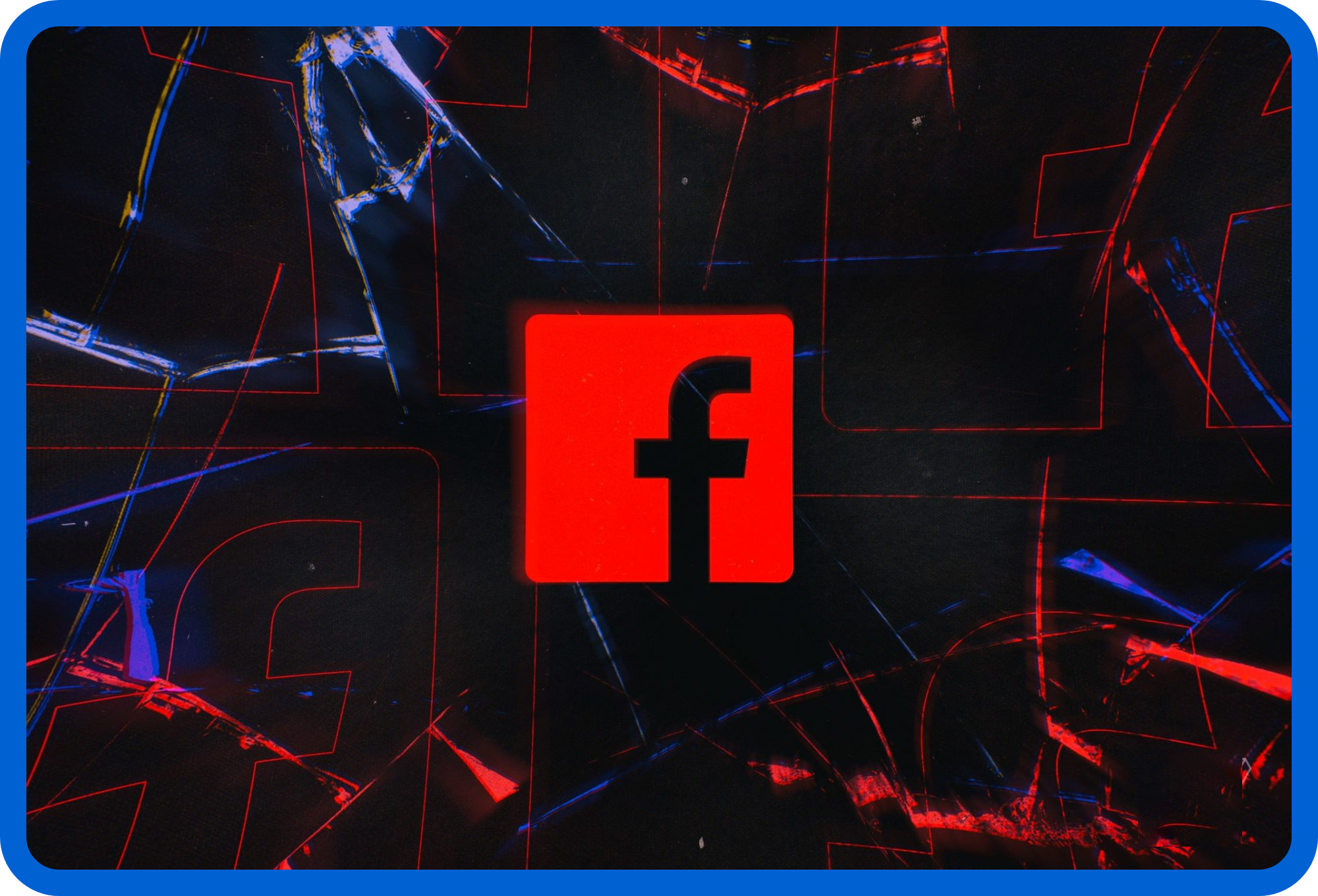 This past week was an eventful one for both investors and markets that possibly left some investors without nails thanks to several nail-biting moments across the week – the biggest being Facebook reporting Meta (FB) erasing $251 billion in value in the biggest wipeout in history.

Meta’s stock price fell 22% in after-hours trading following the report’s release – and has stayed down since.

As corporate earnings announcements set the tone, it’s clear that valuations haven’t necessarily completely bottomed. Companies that missed earnings expectations, such as Meta last week, have seen their stock prices punished.  However it’s also an encouraging sign that the market has rallied on positive announcements from names like Apple, Alphabet (Google) and Amazon.

A parallel strong earnings story will be a key driver of positive market performance this year and can give confidence to investors to be opportunistic during this pullback.

After falling into correction territory in late January, equities found their ground last week, rising in four of the five days to log a modest gain.

A quick look under hood shows that the declines have been most acute in last year’s high fliers, and in the areas of the market carrying the highest valuations, including the technology sector, with the tech-heavy NASDAQ down by roughly twice as much as the Dow and S&P 500 in 2022.

After a volatile week, the market did deliver a solid rally on Friday ending with synchronised gains.

Within 24 hours of reporting dismal results on Wednesday night, Facebook parent Meta Platforms (FB) lost more than a quarter of its market capitalisation – some $250 billion.

It was the largest single-day loss of corporate value in U.S. history.

Meta, the parent company of popular social media apps Facebook, Instagram, and WhatsApp, reported its full year 2021 earnings on February 2. Investors were less than pleased about the significant cash burn in the company’s Reality Labs segment, which is focused on building the metaverse, and in the weaker-than-expected forward guidance.

Corporate earnings are clearly setting the tone for Wall Street, and by the end of a long week of tech earnings it became clear that Meta’s problems are unique, and not part of a broader industry downturn. Google parent Alphabet (GOOGL) posted strong results driven by demand for advertising space on Google Search and YouTube. And on Thursday afternoon—one day after Meta’s nightmarish report—smaller rivals Snap (SNAP) and Pinterest (PINS) surprised investors with better-than-expected numbers, including Snap’s first-ever profit.

Wall Street has never been more divided about Meta’s performance. While Motley Fool issued a rare “All In” buy alert for the stocks, Michael Nathanson, an analyst at brokerage Moffett Nathanson, on the other hand, titled his note “Facebook: The Beginning of the End?”

On the other hand, a new virtual world is being constructed by Meta’s Reality Labs segment, which the company now reports separately from the rest of its platforms. It believes that in the future, its users will exist as virtual avatars of themselves within the metaverse, where they can teleport to different experiences and carry inventories of digital goods. That presents a significant financial opportunity for Meta Platforms, because the metaverse could feature its own self-sustaining economy.

But when the company revealed its fourth-quarter 2021 result, investors were surprised at just how much money was being spent on this project.

FYI, Reality Labs brought in $877 million in quarterly revenue, slightly up from a year ago. But its operating loss was $3.3 billion. To build an immersive meta-future, Meta says it’ll spend $10 billion over the next year. It’s a big bet that’s currently hurting profits.

Still, the metaverse could be a $1.6 trillion opportunity by 2030 and it could be a great entry for the stock at the current stock with a long term perspective.

Snap (SNAP) shares jumped by as much as 60% after the little ghost reported its first-ever quarterly profit. The report marks Snap’s first profitable quarter on a net income basis as a public company.

Interestingly, the report comes a day after Facebook parent Meta delivered disappointing guidance for the first quarter that dragged down several social media stocks including its own. Snapchat’s massive beat stands in stark contrast to Facebook, attributable in part to changes to Apple’s privacy policies, impacting Facebook’s ad business.

The self-proclaimed “camera company” touted new investments in its augmented reality products and content partnerships. Those investments contributed to higher user engagement in some areas.

For one, the number of users of its TikTok competitive feature, “Spotlight,” that subscribed to a creator on the platform more than doubled relative to the prior quarter.

The strength of its core business has helped it accelerate its investments in augmented reality, transforming the way that the Snapchat community experiences the world through its camera.

Should you snap up Snap shares?

The company is a well-rounded entertainment platform, with mobile gaming and other offerings designed to thrive in 2022 and beyond. Snapchat is full of video content and shows from social media stars, Hollywood celebrities, and brands like the NFL.

Technology leadership in augmented reality is also why Snap was selected as one of the best metaverse stock plays by Jefferies analyst Brent Thill.

In light of the competition, Snap’s valuation looks rich. Its enterprise value is more than 15 times 2024 estimated EBITDA, according to data compiled from Refinitiv, compared to Alphabet’s 11 times and Meta’s 7 times. And Spiegel lacks his peers’ biggest defensive weapon: their giant reserves of cash. Snap’s free cash flow is projected to be 7% of Meta’s two years from now, according to Refinitiv estimates.

Snap’s rally that’s so big, it’s making people nervous. While some analysts liked Snap’s momentum, others worried about huge swings in tech stocks as well as Snap’s competitive stance. Prospective investors will do good by waiting for any future dips as entry points.

Fuel prices are up 50% from a year ago and oil is near a seven-year high. That may hurt your wallet, but it’s helping energy giants. For one, Exxon’s (XOM) sales climbed over 80% last quarter from a year ago, to an astounding $85 billion. Annual profit hit $23 billion, the highest since 2014.

Oil and gas production, Exxon’s largest business, posted a $6.1 billion operating profit, the highest in two years. Earnings benefited from an 80% increase in oil prices and doubling of natural gas prices compared to 2020.

It now plans to raise production in the top U.S. shale basin by 25% this year, in addition to a similar increase last year in the Permian, where output reached 460,000 bpd.

Even with a substantial spending increase into the end of the year to $17 billion, Exxon managed to use the extra proceeds from oil prices to reduce debt.

Exxon said it would start buying back its stock this quarter and expected to boost its dividend this year.

Its refining business posted a fourth-quarter operating net of $1.4 billion, up sequentially and a big swing from a year ago when results were hurt by pandemic-related demand declines.

Chemical operating earnings were more than twice the profit a year ago when the business was hurt by the pandemic.

Interestingly, the oil giant is also moving its headquarters to Houston as part of a reorg that it says will translate to $6 billion in cost savings.

Should you tank up on Exxon shares?

Oil demand keeps rising despite challenges from climate change initiatives, and ExxonMobil stock has risen more than 56% this year, with more promise to come.

The company’s strong cash flow ensures a strong dividend stream and backs a stock repurchase plan. Exxon said it would start buying back its stock this quarter and expected to boost its dividend this year. Shares are up 78% over the past year.

As the nation’s largest oil company, Exxon has been plagued by low commodities prices in a shale-oil boom, evaporating demand in a pandemic, and fraud allegations in a mounting global climate crisis. Additionally, fears abound that the value of oil reserves may take a hit as the world increasingly demands a net-zero carbon energy supply.

ExxonMobil has recently overcome many of these issues with a mix of strong financial and operational discipline, and it has benefited from a sharp rebound in commodities prices. But investors looking to buy energy stocks might still wonder whether ExxonMobil’s recent good fortunes will continue.

Exxon stock is trading near its 52-week high, but it is still well below the $100-plus level it achieved in 2014. Oil is now trading for more than $80 a barrel, but there’s no reason it can’t go well over $100, as it has in the past, given current trends, pointing to a calculated buy for the near term.