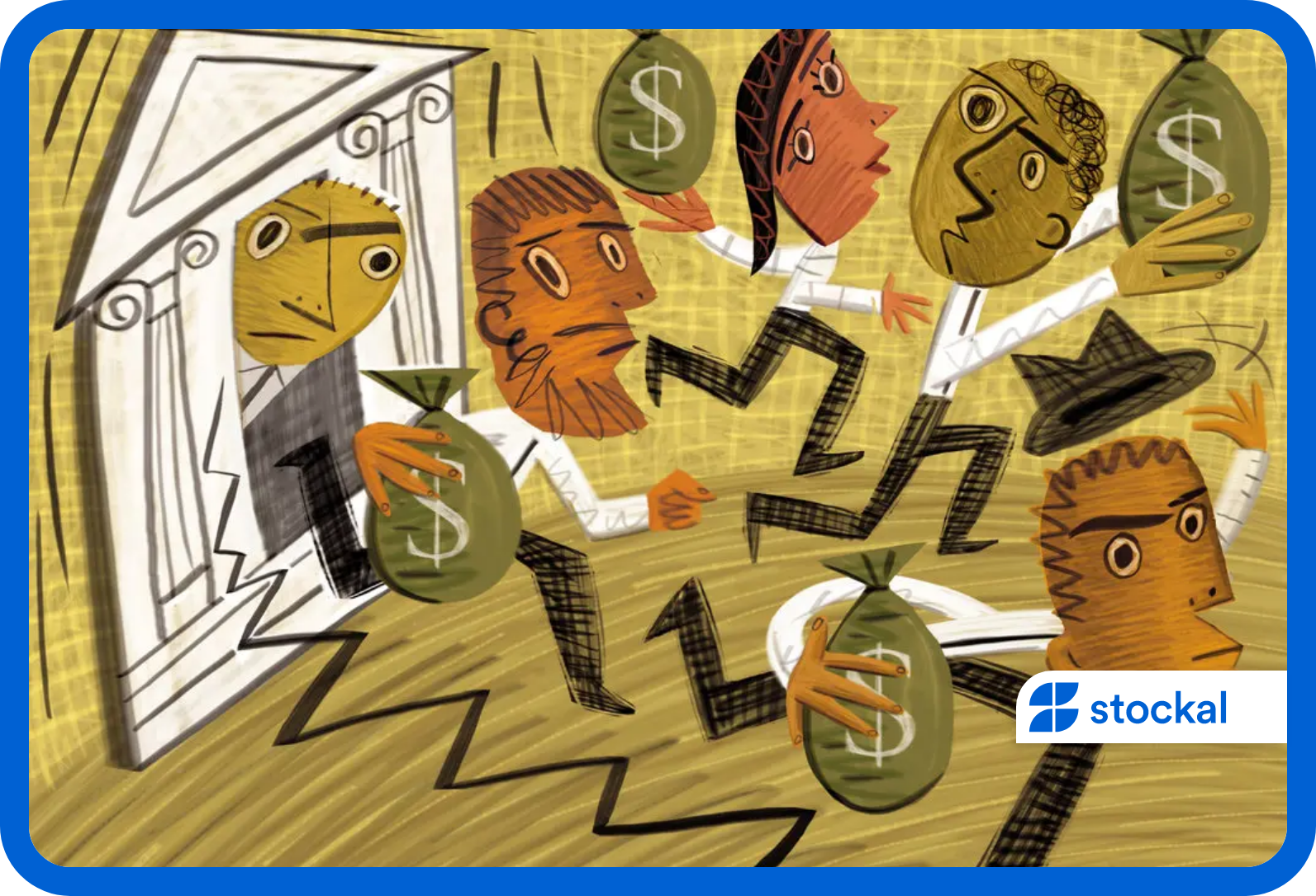 Banking sector kicked off the earnings season last week. The much-awaited results from America’s biggest lenders are considered a bellwether of overall economic health. The banks reported double-digit declines in profit numbers for the first quarter of 2022. JPMorgan Chase & Co (JPM), Citigroup Inc (C), Wells Fargo & Co. (WFC), Morgan Stanley (MS) and Goldman Sachs Group Inc (GS) – all reported lower revenues than the year ago quarter, except for Bank of America (BAC) that posted a 2% rise in quarterly revenue. However, the top-line and bottom-line figures exceeded analyst estimates that had feared a lot worse as growth in consumer banking helped ease the negative effects of slowing deal-making activity and expanding cash reserves for bad loans.

In a reversal from last year’s trend where banks were seen releasing funds reserved for COVID-19-related losses, big U.S. lenders, this year, have resumed building their cash reserves. In the first quarter, Goldman Sachs, Citigroup and JPMorgan combined cast aside $3.36 billion as credit loss reserves in light of uncertainties due to rising inflation and geopolitical tensions.

On the contrary, Bank of America provided merely $30 million for credit losses, way below analyst expectations of $468 million. It also released a net $362 million from its previously set aside reserves for loan defaults.

2021 was marked by record deal making activity and IPO listings, benefitting investment banks. This year, growing uncertainties dented the market sentiment. The slowdown in mergers and new stock listings hit the investment banking revenues of Citigroup by 43%, Morgan Stanley by 37%, Goldman Sachs by 36% and JPMorgan by 28%, in the first quarter. Investment banking fees at Bank of America dropped 35% to $1.5 billion in the same period. However, advisory revenue grew across the sector, even though it was generated by the deals made last year and concluded in the first quarter of this year.

The revival of consumer spending on travel and entertainment offset big declines in banks’ earnings, shining a silver line over the current gloomy perception of the economy. At JPMorgan, credit card spending increased 29% and credit card loans rose 15%.

Wells Fargo which relies heavily on consumer and corporate banking revenue, saw its average loans grow by 3% and average deposits rise by 5% in the first quarter. This resulted in a 5% increase in Wells Fargo’s net interest income (NII) which is the interest earned from loans minus the interest paid on deposits.

Bank of America reported quarterly net interest income of $11.57 billion, up 13% from a year ago. Net income for the consumer banking arm grew 11% to $2.98 billion as consumers spent at record high levels in the first quarter.

Goldman Sachs and JPMorgan Chase are winding down businesses in Russia after the Kremlin’s special military operation of Ukraine. Fortunately, the total U.S. banks’ exposure of $14.7 billion to Russia accounts for less than 1% of the nearly $17 trillion banking assets. Citigroup which has the biggest exposure to Russia – of about $7.8 billion- is working to sell its consumer business division there. The bank expects to lose as much as $3 billion in a severely adverse scenario, less than its last month’s estimate of $5 billion.

While JPMorgan made $32.8 million as investment banking fees from Russia in 2021, it did not reveal the amount of its exposure to the country as Russia does not figure among its top 20 foreign markets. Given the minimal exposure to Russia and adoption of Basel III capital and liquidity standards, American banks are well positioned to absorb any unexpected losses.

The biggest exposure of U.S. banks is to their domestic residents, financial institutions and companies. Among foreign economies, their largest exposure lies in advanced economies with the United Kingdom ($642 billion) topping the list. Out of the emerging market economies, China owes the maximum- $139 billion.

The banks, this year, did not have the cushioned support of money-minting merger and acquisition deals and release of bad loan reserves that had boosted last year’s profits. But they did see consumer and small business spending reaching for the new highs in the quarter.

Wells Fargo raised its full year NII outlook to 15% from 8% previously, supported by the Federal Reserve’s rate hikes. Bank of America expects its net interest income to increase by $650 million in the second quarter. According to analysts, Bank of America is more likely to profit from rising interest rates than its rivals due to its high proportion of consumer deposits.

Its Chief Executive Officer Brian Moynihan said, “Could a slowdown in the economy happen? Perhaps. But right now, the size of the economy is bigger than pre-pandemic levels. Consumer spending remains strong, unemployment is low and wages are rising.”

As the bank results gave mixed signals of upside growth potential in consumer spending with downside risks associated with looming geopolitical uncertainties, it is a time for cautious optimism.