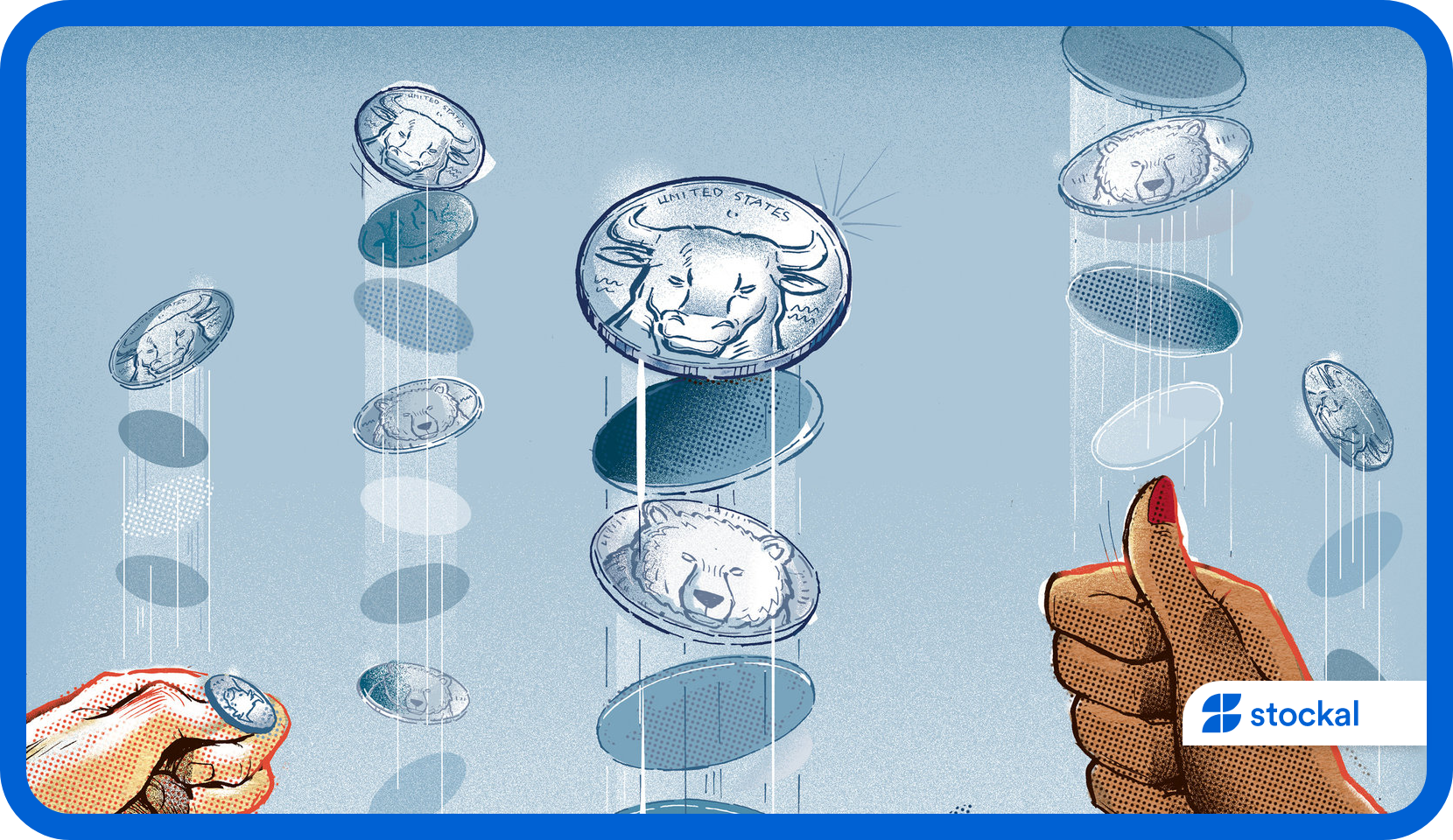 cat
﻿Are stocks in the oversold zone after the January sell-off?
January 27 2022

During the recent days we saw some major global market sell-offs along with the U.S. markets. The sell-offs were on the back of rising bond yields and fears of faster interest rate hikes by the Fed in the coming months. The stocks that flourished during the pandemic in particular, are off to a rough start in 2022 (chart below). Pandemic and technology stocks have suffered the most with Netflix (NFLX) and Shopify (SHOP) down over 30% for the year. Lack of uncertainty over the pandemic recovery and the current rise in omicron infections along with future interest rate hikes as early as March this year indicated by the Fed chief this week are seen as major headwinds for the recent sell-offs.The markets saw one of their worst weeks in nearly two years with bouts of selling seen during the last week. For the week, the S&P 500 index was down 5.7% and the Dow Jones index (DJI) was down 4.6% while the tech-heavy Nasdaq Composite was lower by 7.6% for the week of January 21st.

Netflix was the first large-cap technology stock reporting its quarterly earnings and the shares were down by over 22% post the results after the streaming giant posted slower than expected subscriber growth. Other tech giants like Amazon (AMZN) and Meta Platforms (FB) were down over 4% including EV giant Tesla (TSLA) too. The Nasdaq index is down over 14% since the highs seen in November last year as rising interest rates have a higher impact on technology stocks due to their expensive valuations. Meanwhile, Coinbase (COIN) stock is down over 23% for the year, as the price of cryptocurrencies like Bitcoin (BTC) have plummeted which has led investors to worry about lower trading volumes and thereby lower fees for Coinbase (COIN). Stay-at-home stocks like Zoom (ZM) and DocuSign (DOCU) also saw huge corrections during the week (chart below).

Exhibit 1: Pandemic stocks which corrected the most in Jan 2022

As we enter into the earnings season, companies that started with higher valuations are feeling the pressure in terms of tighter monetary policy and rising corporate expenses along with uncertain growth prospects. As a result, when they miss on earnings numbers or in terms of future guidance, these stocks are quickly punished.

Netflix fuelled the sell-off after the company reported disappointing subscriber growth and the stock was down over 20% post the results. Although the streaming giant beat expectations of revenues and profits for the quarter, the stock was down in the after-hours trading as the company reported that its subscriber base was likely to slow down in the beginning of 2022. The company added 8.28 million subscribers during the quarter which was less than its subscriber base of 8.5 million seen a year ago – largely attributed to increased competition. The other major online streamers like Disney (DIS) and Roku (ROKU) were lower post Netflix’s fall, with each of these stocks down by over 6% during the week.

Netflix raises prices on its subscription plans in the U.S. and Canada

The company announced earlier this month that it was raising the prices of its subscription plans in the U.S. and Canada. In the U.S., the monthly subscription price for the basic plan rose by $1 to $9.99 and the standard plan increased to $15.49 from the previous $13.99, while the premium plan rose to $19.99 from the previous $17.99. The management expects that the current price increase may likely offset the reduced customer growth.

The stock has consistently given higher returns for its long-term shareholders of the company in spite of the current headwinds faced due to the slow down in subscriber growth. The three-year and five-year annualised returns on the stock have remained over 30% with cumulative three-year and five-year returns of 125% and 387% respectively (chart below).

The U.S. markets saw a quick rebound after all three indices touched their recent lows on the back of panic selling by investors ahead of the Fed meeting this week along with possible conflicts between Russia and Ukraine.

U.S. Indexes for the year

As the equity markets saw a rebound this week after three straight days of lower returns, the S&P 500 index’s draw down for YTD 2022 is -8.3%. As shown in the table below, the median intra-year drawdown for the S&P 500 index is 13% which actually means that what we have seen thus far in 2022 is nothing out of the ordinary.

Investors should use the current fall to buy into fundamentally strong index stocks as most of the technology and the banking stocks (large caps) have seen significant correction in the current fall with stocks correcting anywhere between 10%-30% YTD 2022 and look attractive at current valuation levels. Monday’s intraday reversal of over 4.4% by the S&P 500 index has been one of the largest intraday rallies (from the day lows to closing) seen lately. (Chart below). Most but not all of these rallies have occurred either during bear markets or soon after the bear market lows.

Worries about slowing post pandemic demand along with rising interest rates fuelled the sell-off during the week. Markets are likely to take cues from the quarterly earnings of large tech companies and the Fed’s move on rate hikes starting from March this year. Investors should use these dips for investing in fundamentally strong and beaten down value stocks and large technology names as the market dynamics appear to be changing in 2022 and a bottoms-up (stock picking) perspective to markets is likely to prove more helpful.