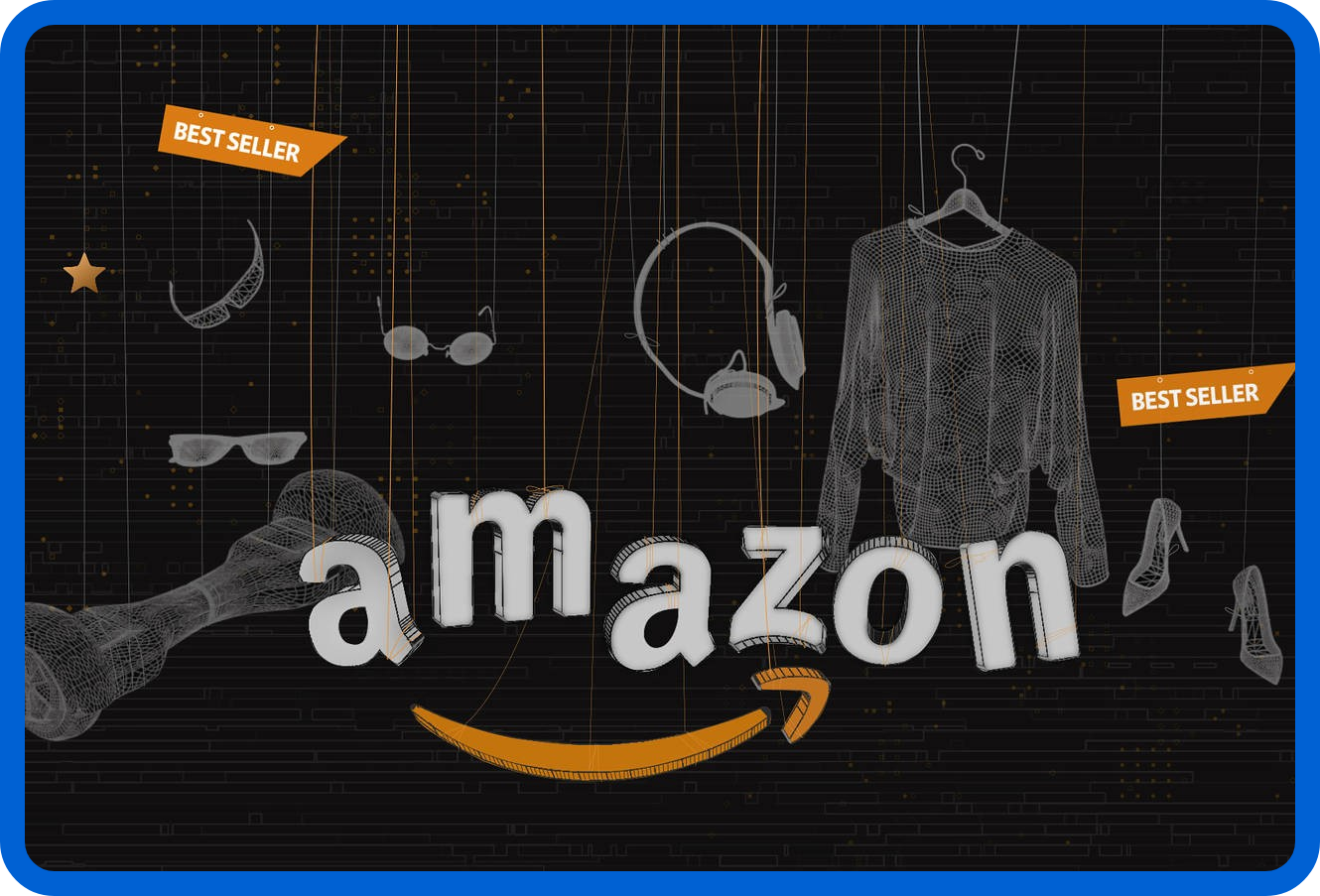 Key indicators signal slowing growth but no recession this year.

The Fed meanwhile, is gearing up to prepare the markets for its most aggressive tightening cycle in decades. It’s a tight rope situation as it hopes to balance out the fundamental conditions that will determine if higher rates will tame the inflation without endangering the expansion at the same time.

Following a weight-of-evidence approach, there is a real possibility that there is enough underlying muscle to help the U.S. economy withstand an initial shift to a neutral policy setting.

However, the removal of the Fed support and rising borrowing costs will likely lead to a slowing economy in the coming months, which is already reflected in some leading indicators.

U.S. equities closed mixed on Friday with the Dow adding nearly 140 points while the S&P 500 clocked a slight decline.

Ongoing inflation, the Shanghai lockdown, and the ongoing geopolitical tension led the list of pain points for Wall Street. However, rising rates continue to be the primary market driver, as evidenced by the underperformance in the Nasdaq on Friday.

Nevertheless, markets are higher since mid-March, nodding to a healthy labour market and a positive outlook for corporate earnings.

All eyes are out for the highly anticipated first-quarter results that will begin this week, with expectations for a nearly 5% year-over-year increase in profits.

Amazon takes its satellite internet race into a new orbit

The e-commerce behemoth signed a huge rocket deal to bring satellite internet connectivity worldwide, sending the space race into a new orbit. Project Kuiper, Amazon’s planned broadband-satellite unit, has purchased up to 83 launches over the next five years.

The technology giant signed contracts for 38 launches with United Launch Alliance (ULA) – a joint venture of Boeing (BA) and Lockheed Martin (LMT); 18 launches with European company Arianespace; and 12 launches with Blue Origin, with an option for as many as 15 additional launches with the private venture that’s owned by Amazon founder Jeff Bezos.

With Project Kuiper, Amazon plans to build a network of 3,236 satellites in low Earth orbit, to provide high-speed internet to anywhere in the world.

There is a catch, however! While Amazon might have secured permission in 2020 to launch more than 3K satellites, it stands to lose its licence if half of those aren’t live by 2026.

A third of the world’s population still doesn’t have internet access. Small, low-orbiting satellites that send broadband to remote locations, and do it without the latency issues that satellite internet is known for, therefore could help solve this issue. This clearly makes for an incredible addressable market opportunity.

Satellite internet isn’t of course Amazon’s first launch into a new industry: the ecommerce behemoth has already successfully leveraged its size and scale to enter grocery, cloud computing, streaming, and even healthcare.

SpaceX, FYI,  has established a sizable lead over Amazon in the race to provide internet from space, having launched about 2,000 Starlink satellites so far. Its Starlink internet service has 250,000 subscribers, an executive said at a recent industry event.

Sure, Amazon may not have a head start with satellites, but its cash, customers, and infrastructure give it an edge in any space.

Amazon, for instance, has a leg-up in addressing one key obstacle to affordable satellite internet, too: the antennas that customers need to connect. Amazon has touted its “experience producing low-cost devices and services like Echo and Kindle” to reduce the price of the hardware customers require for the service.

Is Amazon stock truly out of this world, though?

Amazon’s current valuation puts it within consideration for investors with the idea of holding the stock for at least three to five years to give it time to succeed.

Honda (HMC) and General Motors (GM) are plugging into a new partnership to develop EVs for under $30K. The new line will be even more affordable than GM’s upcoming $30K electric Chevy.

EVs at those prices were previously unheard of, and GM and Honda want to start producing lower-priced popular compact crossover vehicles by the millions by 2027.

The project will utilise GM’s next-generation Ultium battery technology. GM and Honda will share their best technology, design and manufacturing strategies to deliver affordable and desirable EVs on a global scale, including their key markets in North America, South America and China.

While EVs are growing in popularity, they’re largely priced for luxury buyers. A recent Axios poll discovered that 7 in 10 young adults would buy an EV if they could afford one.

Affordability is therefore crucial to the mass adoption of EVs.

However, electric cars are still much more pricey than their gas cousins. A new electric model costs $60K, on average. That’s $15K more than the average fuel car. Even Tesla’s (TSLA) most affordable EV offering – the Model 3, which was once hailed as an electric car for the masses, sells for close to $50,000.

Also, despite increasing adoption, fewer than 1% of the 250 million cars on US roads are electric. Most Americans aren’t ready to buy an EV yet, citing price and charge anxiety as main concerns.

The government’s move to push for EV charge stations could help deal with the current range anxiety, leaving players like GM and Honda to tap into the as-yet untapped market for lower-priced EVs.

While GM’s U.S. vehicle deliveries fell 20% year over year in the first quarter, production and sales of its most profitable vehicles held up quite well.

The company’s shares have lost more than a quarter of their value this year, despite the automaker’s strong near- and long-term earnings prospects. The company’s shares appear extremely undervalued at this level. Investors who are in for the long haul, therefore could reap gains over the next decade.

Honda meanwhile, currently has a Zacks Value Score of A, which makes it a solid choice for value investors.

Warren Buffett is on a shopping spree! Berkshire Hathaway (BK.A) disclosed an 11% stake in HP (HPQ), sending the computer-and-printer maker company’s shares up 15% in after-hours trading on Wednesday.

At Wednesday’s closing share price, the holding, of nearly 121 million shares, was worth about $4.2 billion. The share purchases were disclosed in two securities filings Wednesday.

The oracle of Ohama, who was once famously tech-averse, is now HP’s largest shareholder.

Arguably one of the greatest investors of all time, Warren Buffett is ranked fifth richest man in the world by Forbes with a net worth of over $125 billion. Buffet, however, has a mixed track record when it comes to investing in technology stocks. Apple has been a great investment for him – adding billions to his coffers, but IBM and Oracle – not quite so much.

While Buffett might be seen as placing a bet on a company with a storied history, some investors are on the fence about his decision, citing a waning lack of universal appeal for HP’s products, the non-availability of a moat and the fact that Buffett lacks superior computer industry insight.

HP shares are affordable by almost any statistical measure. Even after the stock rallied 15% this past week on the Buffett news, HP shares still trade for a modest nine times expected earnings for the October 2023 fiscal year, and just 0.7 times sales.

Also, HP remains exceedingly shareholder-friendly: Over the past eight quarters, it repurchased 26% of its shares—and it has promised to buy back at least $4 billion of stock in the current fiscal year. The stock also sports a 2.8% dividend yield.

It must be noted that HP, while being a leading name in PCs, has lagged badly behind larger tech names over the past decade and beyond. Before the Berkshire news, the stock had gained less than 50% since October 2009.

Still, Berkshire’s big bet on HP is a good reminder that now is the time to be looking for other tech bargains, especially as interest rates head higher.