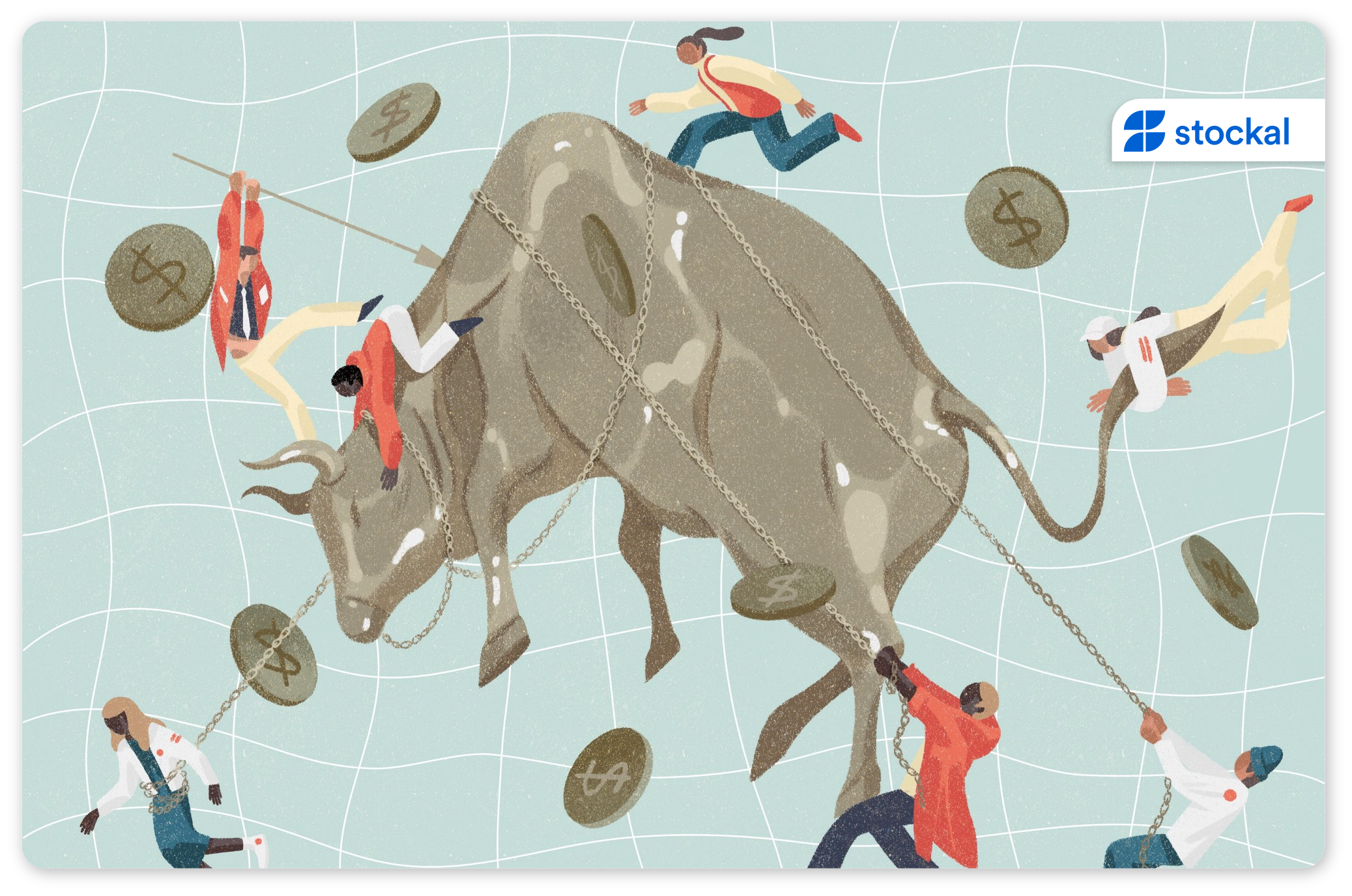 Gains logged for the shortened Independence Day week as a whole

There was more than just Independence Day to celebrate in the week that went by in the U.S.

The bellwether trinity – Dow Jones, the S&P 500 and the Nasdaq all closed at new highs Friday, one day after economic concerns surrounding a resurgence in Covid-19 infections drove sharp losses.

The highs were chiefly driven by a Treasury debt rally that became a buying frenzy, sending long-term yields sharply lower.

This took the wind out of the sails of reflation trade, which had favoured shares of more cyclically sensitive companies expected to benefit the most from rising prices and accelerating economic growth.

Volatility is back with a vengeance as the VIX, commonly known as Wall Street’s fear gauge, spiked more than 15% on Thursday.

The short but frantic week saw the Dow Jones Industrial Average (DJI) advance marginally by 0.24%. The S&P 500 (GSPC) rose 0.40%, its eighth consecutive record and longest such streak since 1997. Finally, the Nasdaq (IXIC) climbed 0.43% to emerge as the biggest gainer of the three.

The 140-year-old blue-jean and khaki giant is rolling in the green. Shares of denim maker Levi Strauss & Co. (LEVI) rose 1.4% after the denim maker delivered a beat-and-raise fiscal second quarter on Thursday.

For the full fiscal year, the company says it now expects to earn between $1.29 and $1.33 a share, compared with the $1.15 consensus estimate.

The changes Levi made during the pandemic, which include building out its direct-to-consumer (DTC) channel, introducing curbside pickup, launching a loyalty program, various sustainability initiatives and its own app — are paying dividends now. Its growing DTC business, along with its global brand recognition, has given Levi strong pricing power.

These factors, along with strong relationships with vendors and a diverse supply chain, are helping it sidestep some of the small increase in input costs, while keeping inventory flowing.

All of this points to continued confidence in the brand’s recovery.

Hot off its IPO, Torrid (CURV) the plus-size retailer is tapping into a major, underserved market and successfully too!

Torrid stock has jumped 15% since its NYSE debut last week.

The brand’s store base has swelled to 608 locations, and about 70% of its sales are done online – easily more than double the percentage seen at other sizable specialty apparel retailers.

This women’s clothing brand, which specializes in inclusive-size clothes and accessories, also garnered headlines when it announced that it was donating 20% of proceeds to GLAAD to aid its efforts to advocate for better representation of the LGBTQ community in the media.

Is Torrid a good ‘fit’ for your portfolio, though?

Fit is incredibly important, and Torrid’s attention to ‘fit’ seems to be paying off. The plus-sized market is significant, and it’s growing. In the U.S., it serves a whopping 90M women wearing sizes 10 and up.

Many brands treat plus-size customers as an afterthought, which is why the market has been underserved – which bodes well for Torrid.

Torrid is close to hitting $1 billion in annual sales, having reached $973 million in the pandemic plagued 2020. First quarter sales surged 109% year-over-year to $325.8 million.

Torrid’s strong customer loyalty should translate into strong gains for the brand.

Could the booster dose be a shot in the arm for Pfizer?

In an unfortunate twist of events, the Pfizer (PFE) vaccine was found to be less effective against the Covid Delta variant that’s beginning to spread, even as cases began rising among the unvaxed.

Fortunately, Pfizer and partner BioNTech (BNTX) now plan to start clinical trials in August for their updated version of the vaccine that would better protect against the variant.

The duo revealed that the data showed that a booster shot given at least six months after the second dose produced antibodies protective against the original strain of the virus and a more recent strain, Beta.

It isn’t clear, however, whether vaccine experts would recommend that most people receive a third booster shot if one was authorized by the FDA.

The Covid-19 shot is expected to remain the primary driver of Pfizer’s performance in 2022 as well with the global inoculation drive still in its early stages.

As of March 2021, Pfizer had orders for 1.22 billion doses, and with this new order of 1.8 billion doses from the EU, total orders of Pfizer’s vaccine have climbed over 3 billion doses. This would be enough to vaccinate a sizable portion of the world’s population.

Over the past few months, Pfizer has been trading at a rather economical valuation. A cheap stock price with lots of potential to rise, and a well-above-average dividend yield, is a dream combination and should make investors optimistic about the stock.