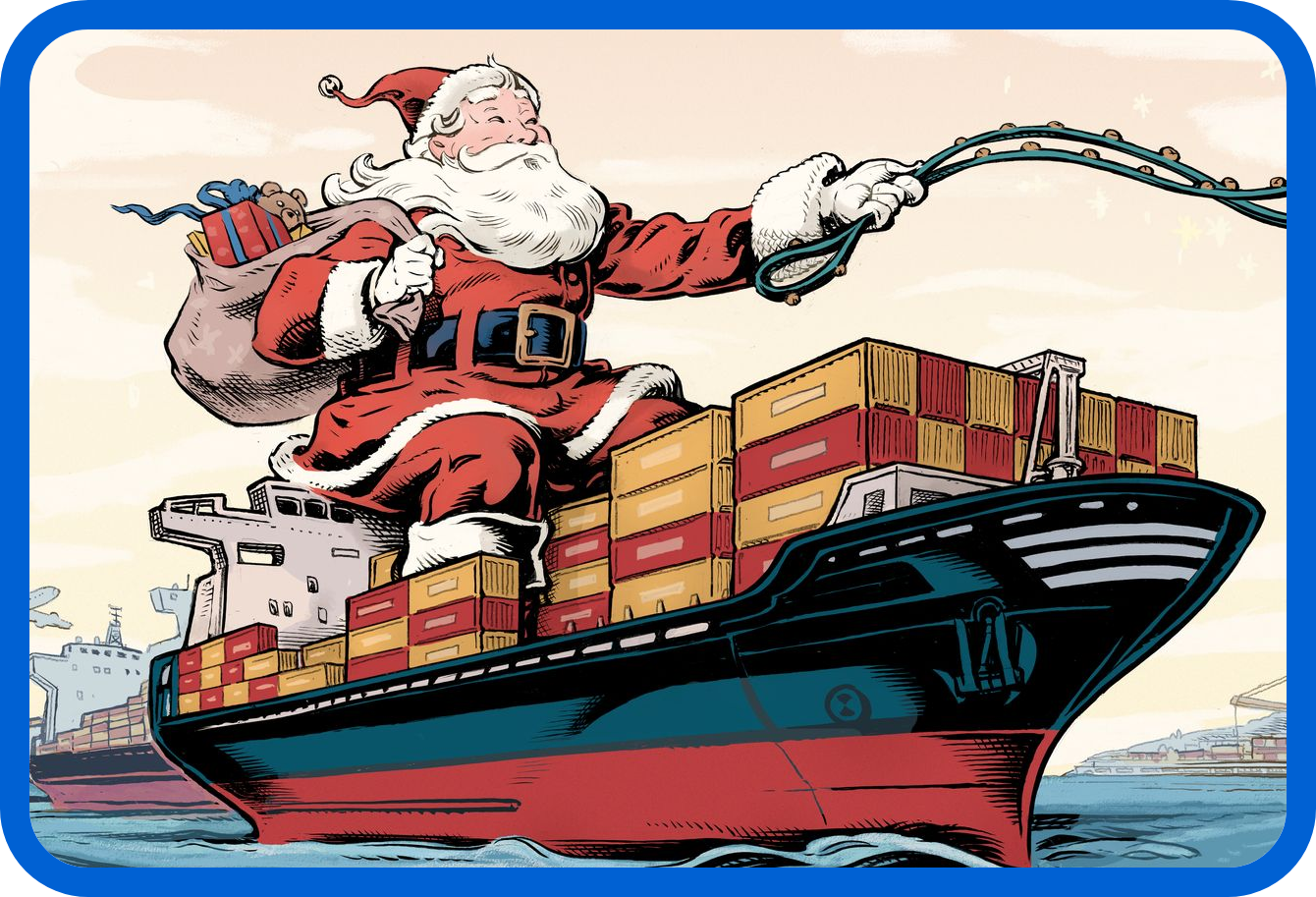 The U.S. economy grew at its fastest pace in nearly four decades

Wall Street sure did have a merry Christmas this week, but as the rest of the world clinks champagne flutes to bring in the New Year, there won’t be a New Year’s Day holiday for the stock market this year.

Here’s why: The lack of a New Year’s Day respite for stock traders is the result of NYSE Rule 7.2, which stipulates that the exchange will be closed either Friday or the following Monday if the holiday falls on a weekend, unless “unusual business conditions exist, such as the ending of a monthly or yearly accounting period.”

There’s still a lot to celebrate, nevertheless. The year has seen cheery growth, above-average equity returns, inflation and a sprinkling of speculation. The economic outlook remains bright, but as markets begin adjusting to slower growth and tighter monetary conditions, volatility is likely to increase, and returns will likely moderate. Maintain realistic expectations for returns, build properly diversified portfolios, and remain opportunistic during times of volatility.

Powered by massive fiscal and monetary stimulus, a vaccine rollout and pent-up consumer demand, U.S. GDP likely grew about 5.5% in 2021, the fastest pace since 1984. With the benefit of strong household consumption (70% of the economy), economic activity reclaimed its pre-pandemic peak in the second quarter, a remarkable achievement considering the depth of last year’s recession.

In other news, companies bought back a record $850 billion worth of shares this year as the pandemic rebound buoyed corporate earnings. TikTok was reportedly the most trafficked website this year —  ahead of even Google. It also overtook Facebook as the top social site.

For the week, Wall Street’s bellwethers saw synchronised and significant rises with tech stocks doing the heavy lifting. The S&P 500 rose by 2.3%, the blue-chip Dow rose moderately by 1.7% and the tech-heavy Nasdaq Composite moved up the most by a good 3.2%.

Disney wants to double subscribers by 2024

Disney (DIS) reiterated its goal of reaching the magical number of up to 260 million Disney+ subscribers by 2024 during its fiscal fourth-quarter earnings report in November. At that time, the company said it had a total of 118.1 million subscribers.

Disney’s CEO Bob Chapek said the segment’s growth had “hit some headwinds” and that Disney expected to add “low single-digit millions” of streaming subscribers in the fourth quarter.

Disney+ got a boost during the early days of the coronavirus pandemic, as consumers were stuck at home and desperate for entertainment. However, growth has slowed in recent months as more people returned to outside activities and work in offices.

However, after reporting disappointing growth in its streaming business, Disney plunged after its third-quarter earnings release. The entertainment giant is now down about 15% over the past month alone.

So Disney’s numbers may not be all that magical right now.

Since the start of 2021, Disney shares have dropped roughly 15%. And since this year’s peak in March, the stock has plunged more than 25%.

Although this year has been a lousy one for Disney bulls, there could be light at the end of the tunnel. By buying DIS shares before 2022 begins, investors can take advantage of potential price increases in the new year.

In fact, if parks and movie theatres return to pre-COVID attendance levels, the company could add $26 billion in revenue in those segments alone (based on the last quarter before the pandemic began). That would positively impact Disney’s valuation.

Disney has name recognition, it has brand strength, it has content production capacity, a legacy library and the ability to iterate and evolve and cross-pollinate across all of its properties, all of its franchises.

It’s worth watching to see how the media giant fares in the OTT war globally, and how its theme parks, cruises and movie theatres fare in the year ahead.

Is P&G stock still as healthy after cancer scare?

Procter & Gamble (PG) often called a dividend investor’s dream, was in a bit of a sweat when some of its antiperspirants, dry shampoos and other products were found to contain benzene, a cancer-causing agent.

The 183-year-old consumer staples giant – a component of both the Dow and the S&P 500, has recalled more than 30 aerosol spray hair care products, including many dry shampoos and dry conditioners, warning that the products could contain benzene.

FYI: The FDA says benzene, for example, should not be used to manufacture any component of a drug “due to its unacceptable toxicity effect,”

The company now faces at least 17 federal lawsuits surrounding some of its Old Spice and Secret antiperspirant sprays, alleging they are contaminated with dangerous amounts of the cancer-causing chemical, a review of court records shows.

As recently as October, financial experts labelled P&G stock a reliable buy, with generous dividend yields of 2.4% and solid company fundamentals. The recent recalls are not the first challenge the company has faced, yet it maintains its 131-year streak of dividends.

P&G continues to be a dividend investor’s dream. At the end of fiscal 2020, which ended last June, P&G predicted it would spend about 90% of its adjusted FCF on buybacks and dividends in fiscal 2021. Earlier this year, it boosted that adjusted FCF productivity target to “over 100%.”

This means, P&G will keep returning its excess cash to its investors. It has reduced its share count by more than 11% over the past decade, and that gradual reduction should continue to support its EPS growth.

Most analysts believe that the stock is a hold for now. In spite of the recent news surrounding the company, none of the analysts are rating it a sell right now, which shows that it’s often wiser to gauge investments by a company’s fundamentals and analyst reports rather than the latest headlines or whims of the marketplace.

The U.S. has opened a formal investigation into a report that Tesla (TSLA) vehicles allow people to play video games on a centre touch screen while they are driving.

The investigation by the National Highway Traffic Safety Administration covers about 580,000 electric cars and SUVs from model years 2017 through 2022.

The action follows a complaint to the agency that Teslas equipped with gameplay functionality, allow games to be played by the driver while in motion. In a document posted online on Wednesday, the agency said the feature, called “Passenger Play,” may distract the driver and increase the risk of a crash.

The agency also said that the game capability has been available since December 2020. Before that, the games could only be played while the Tesla’s automatic system was in “park” mode.

Tesla and Musk, have also been criticized by safety experts for promoting autopilot and a more advanced package of services, called “Full Self-Driving”, as self-driving systems. The company has allowed some owners to take to public roads to test Full Self-Driving, which Tesla has said cannot in fact drive its cars on its own despite its name.

In other Tesla-related news, Elon Musk tweeted that he was almost done with his sales spree of Tesla shares, after offloading more than $15 billion worth of shares of the EV company for more than one month.

While the agency’s move had little effect on the shares, Musk’s news did. After Musk’s tweet about the offloading of Tesla stocks was almost done, the EV company’s shares ended 7.5 per cent higher at $1,008.87, valuing the company at just over $1 trillion.

Tesla is also moving to secure more of the materials like graphite needed to make EV batteries.

That said, Tesla stock is currently not a buy. However, ever since Musk’s tweet, the stock has moved above its 50-day line, which is a positive sign. But it still needs to rise another 15% before reaching a breakout, with a buy point of 1,243.59.