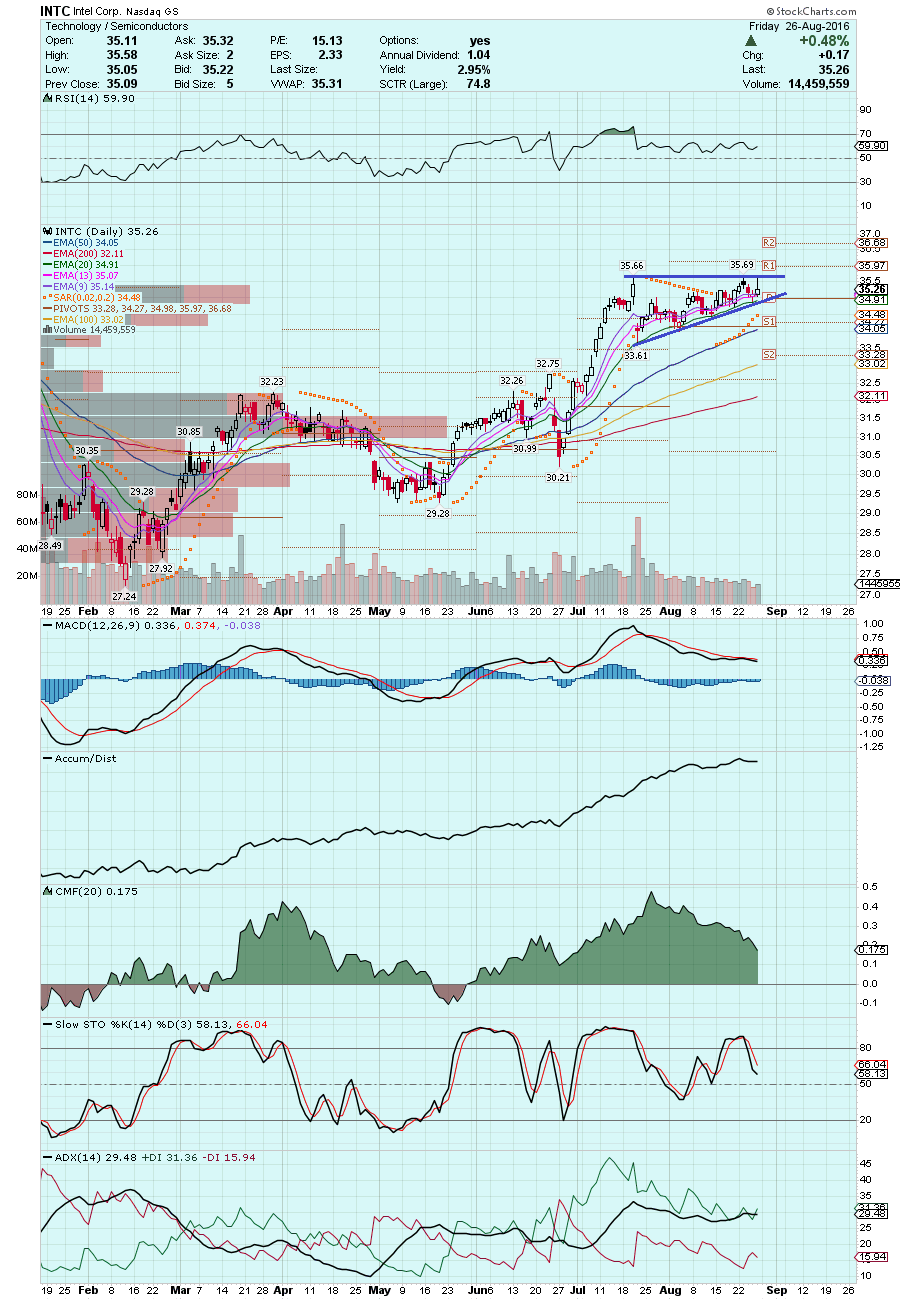 This is a guest post by  António Costa, acclaimed trader and the popular author of AC Investor Blog

Intel Corporation (NASDAQ:INTC) the current price consolidation appears to be forming an Ascending Triangle pattern which is a bullish continuation pattern. This bullish formation is characterized by a series of higher lows but the same highs. If the stock closes above the 35.70 level on volume, the measured target of this pattern is 38.60. On the flipside,

I would avoid the stock or look for short-biased trades, if price fails to breakout and closes below the rising 20-day EMA. This exponential moving average has been a good support for Intel’s stock price since mid-July.

The sentiment right now is moderately bullish. Daily technical indicators have corrected overbought conditions, but remain in bullish zones. The MACD has been sloping downward since its peak in July, but still in positive territory. RSI is moving sideways, while slow stochastic has dropped from its overbought zone, but is above its 50% level. Since the ascending triangle is a bullish continuation pattern, the eventual break out is likely to be upwards.

Get the Stockal perspective on INTC on Stockal iOS and Android apps.