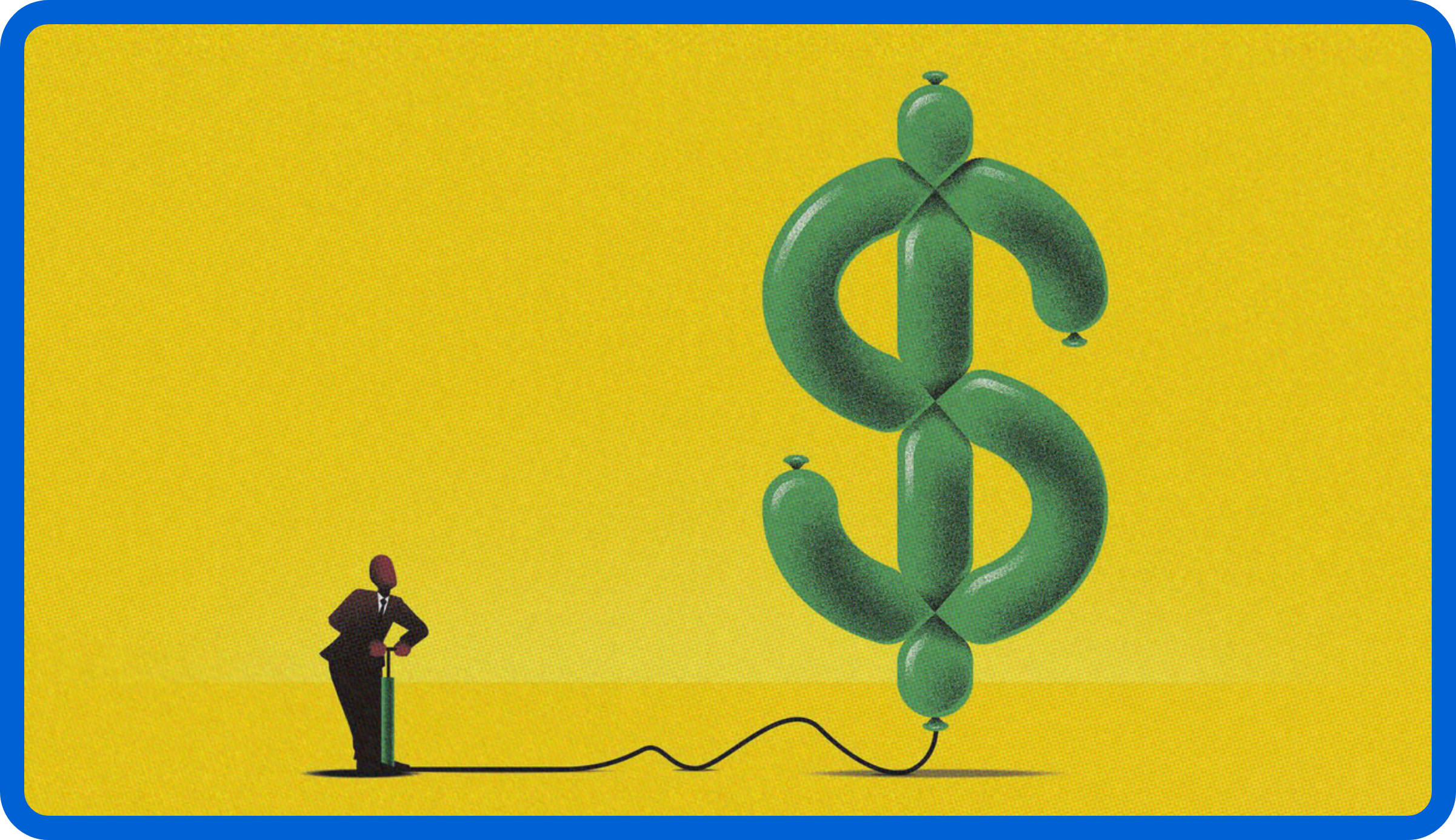 When the COVID-19 pandemic hit in March 2020, the U.S. Fed engaged in an unprecedented Quantitative Easing (QE) programme that induced liquidity into the economic system to the tune of about $120 billion worth of bonds every month. Along with this, the government introduced one of its largest fiscal stimulus (the COVID relief package), which added trillions of dollars to the economy. Most analysts are of the opinion that this excess liquidity in the system created asset bubbles, including what we saw in the equity markets. In this article, we will explain the Quantitative Tightening (QT) programme – a mechanism used by the Fed to absorb this excess liquidity in the economy – and its impact on the markets.

What is Quantitative Tightening?

Quantitative Tightening is a contractionary monetary policy that aims to reduce the liquidity in the economy, normalising interest rates and controlling inflation. It is when the central bank (Federal Reserve in the United States’ case) reduces the size of its balance sheet by allowing the fixed income securities to reach maturity and not reinvesting when they reach the maturity date. In practical terms, it is the reverse of Quantitative Easing, where the central bank increases the size of the balance sheet.

At the onset of the pandemic, the U.S. Fed cut policy rates to near zero and engaged in quantitative easing to induce liquidity into the system by buying securities. As a result, the Fed’s balance sheet more than doubled from $3.8 trillion in February 2020 to $8.8 trillion (about 37% of the U.S. GDP) in September 2022. This increase in the size of the balance sheet was largely due to the pandemic that had led to negative annual real GDP growth in the United States. Hence the Fed’s response to the crisis was to adopt an expansionary monetary policy to stimulate employment and overall economic growth. 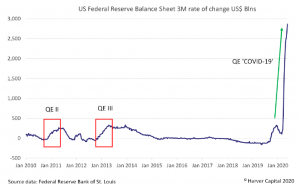 As the Fed expanded its Balance Sheet to financially support the economy during the pandemic, this excess liquidity pumped into the economy needs to be absorbed through Quantitative Tightening as the Balance sheet has been expanded on a massive scale. The Fed expects to shrink its balance sheet by 10% CAGR towards $7.0 trillion by the end of next year from the current levels.

Why does the Fed want to shrink its Balance sheet?

There are two main reasons for the Fed to shrink its balance sheet:

The Fed’s previous QT programme which began in 2017, came nearly two years after the first post-financial crisis rate hike in December 2015 (graph below). However, this time we see the onset of the Fed’s QT relatively earlier in its overall tightening process largely to control the rising inflation. The Fed raised its target rates to 0.75%-1.00% when the QT began in June this year.

However, in its last QT cycle in 2017-19, the Fed took a full year to reach the maximum reduction rate of $50 billion a month. It started with $10 billion a month and increased by $10 billion a quarter until the Fed reached a maximum limit in 2018. In the current QT programme, the annualised monthly rate of reduction is likely to be more than $1.1 trillion a year which means it is likely to surpass the total of the entire 2017-19 QT cycle by early 2023. Most economists see a target of about $2 trillion in total balance sheet shrinkage until the end of 2023. (Graph below) 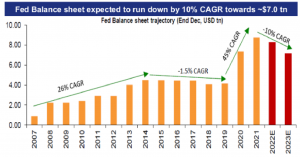 Some of the market participants are concerned about the additional monetary tightening and its impact on risky assets. However, the market impact depends on how much is already priced in by investors. We have seen significant corrections in the markets due to the Fed’s rate hike cycle and anticipated balance sheet shrinkage which began this year. Hence the downside risk and the overall direct impact of the Federal Reserve’s quantitative tightening programme is likely to be limited. Additionally, the Fed’s pace of QT is much smaller as compared to the Quantitative Easing (QE) which was implemented during the pandemic. Investors may use the current opportunities to build portfolios and stay invested for a longer time horizon.