Walmart delivery drones to also fly for other retailers 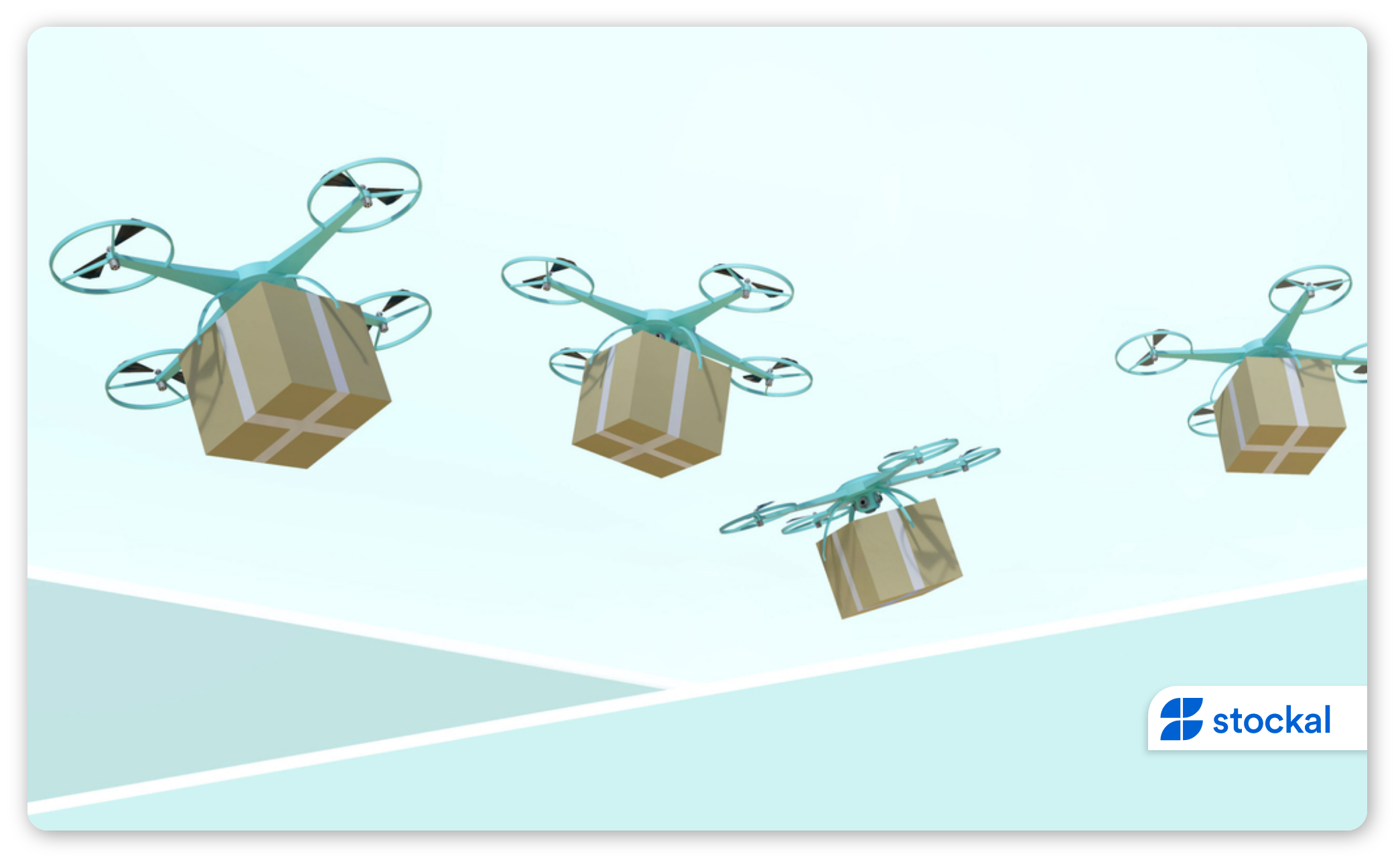 The S&P 500 and Nasdaq Composite climbed to fresh records Friday after Fed Chairman, Jerome Powell said that the Central Bank shouldn’t overreact to a recent spike in inflation.

And while we’re on the subject of records, we can’t not talk about S&P 500 record recovery and historic bull run. Beating all odds, the index has gained about 100% after it touched an all-time high of 4,479 on August 16, from the lows of 2,237 seen on March 23, 2020. This has been the fastest recovery since World War II and quite impressive considering that it takes more than 1,000 trading days on an average to reach that milestone.

For the broad-based S&P – 9 of its  11 sectors ended Friday in positive territory. Energy stocks posted the strongest gains, while healthcare and utilities were the only two sector to sectors to decline.

The bellwethers closed with synchronized gains on Friday. For the week, the tech-heavy Nasdaq clocked an impressive 2.82% gain, while the  S&P 500 climbed 1.52% and the Dow gained a modest 0.96%.

Walmart (WMT) is literally going that extra mile to deliver for mom-and-pop stores in the U.S. The retail giant is opening up its delivery network to outside retailers with a new program called GoLocal.

Whenever a customer places an order with a business using the GoLocal delivery service, Walmart will dispatch a driver, drone or autonomous vehicle to deliver the item, the same day.

The move comes as Walmart seeks to compete with Amazon’s (AMZN) last mile service called Flex – also as traditional shippers like the US Postal Service, FedEx (FDX) and UPS (UPS) struggle to keep up with delivery demand – which has surged with the coronavirus pandemic pushing more shoppers online.

It’s also interesting to note that Amazon recently began to make its first steps into the world of brick-and-mortar retail.

Walmart and Amazon both operate massive e-commerce sites and shipping networks. However, the two giants seem to be going in opposite directions.

Amazon is slowly expanding into IRL stores – where Walmart has long thrived. Walmart on the other hand is doubling down on last-mile delivery, while Amazon shut down its delivery platform for retailers in 2020 and prioritized warehousing instead.

It’s clear to see why Walmart is racing for the last mile. The same-day delivery market is expected to triple between 2020 and 2026. Amazon Prime’s same-day and one-day shipping was available for 72% of Americans in 2019, while Walmart has invested heavily in its same-day Express Delivery in the past three years. It now covers 70% of the U.S. population.

The retail Titan also has mammoth revenue. It came in at $559 billion in the fiscal year 2021. However, its size is also a weakness. Achieving substantial growth is difficult for such a large retail company.

Walmart stock is currently lagging well behind the S&P 500 and is unlikely to be a huge winner due to its fundamentals, which are not outstanding.

Dick’s Sporting Goods (DKS) jumped 13% on August 26, after the athleisure brand revealed that quarterly sales were 45% higher than pre-pandemic levels. During the ‘coronaconomy’, we abandoned gyms in favour of at-home workouts and park jogs. Dick’s sales of workout clothes, sneakers, and golf clubs spiked.

Even as gyms reopen, the athleisure lifestyle is sticking — and Dick’s stock has more than doubled this year.

Dick’s lifted its full-year outlook on the heels of the solid quarter, announced a special dividend, raised its regular distribution, and revealed a doubling of its share repurchase plans, all bullish for a stock that has already defied the odds.

Dick is trading at a ridiculous low – three times the free cash flow it produces. Analysts forecast the sporting goods retailer can grow earnings at 13% annually for the next five years, pointing to Dick’s Sporting Goods being a good buy.

SaaS giant Salesforce (CRM) raised its yearly earnings forecast on unexpectedly strong sales, and the stock jumped 4% yesterday.  The jump was registered shortly after Salesforce had closed its blockbuster $27.7 billion acquisition of collaboration app Slack in July as the San Francisco tech giant aims to enter the work-from-anywhere technology arena.

Slack has more than 10 million daily users, and the acquisition came during a competitive time for collaborative apps, with apps like Slack and Zoom (ZM) competing against Microsoft’s (MSFT) Teams app.

Three factors point to Salesforce stock being a good buy.

Secondly, the purchase of Slack will transform Salesforce into a core operating system for businesses in the next few years – and we’re already beginning to witness the benefits.

Finally, the company continues to outperform and upgrade its expectations. Profit generation has been a great story for stakeholders.

Salesforce raised its expected operating profit margin for the full fiscalyear 2022 to a range of 14% to 15% (from the previous 12% to 13%). Excluding acquisition-related expenses, free cash flow generated through the first half of this year was $3.23 billion, up 75% from the same period last year and good for a free cash flow profit margin of 26%.