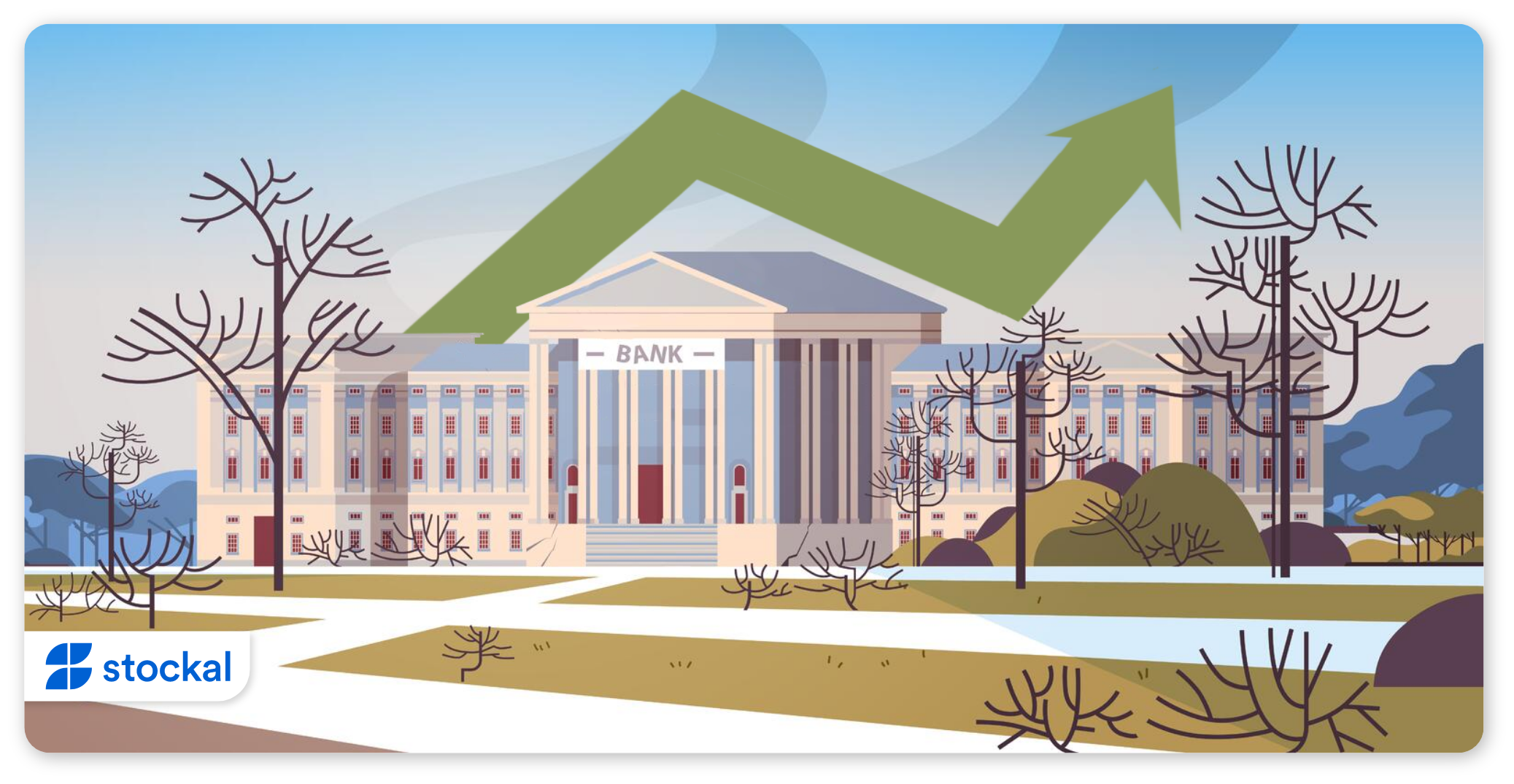 The largest U.S. banks reported their second-quarter earnings during the week and investors do not have much to complain about the banks as the KBW Bank Index (BKX) is up more than 65% during the past year (Exhibit 1) and YTD returns of over 25% in 2021 which is almost twice the gains of S&P 500 during the same period. The booming quarterly numbers for the banks emerged due to the escalating retail trading, increased deal-making M&A activities in SPACs, booming IPO market along with the massive stimulus unleashed by the government during the quarter.

Investment bank Goldman Sachs (GS) reports its Q2 earnings during the week which beat Wall Street expectations attributed to strong performance in its Investment Banking (IB) and Asset Management division ahead of a robust IPO market and equity investments seen during the quarter.

The company ranked no.1 bank globally for mergers and acquisitions, equity and equity-related offerings, common stock offerings, and IPOs year-to-date.

The company’s investment banking segment posted one of its best revenue growths (36% year-on-year) attributed to the increased equity underwriting ahead of the booming IPO market and higher financial advisory revenues.

Net revenues from the investment banking division added to $3.61 billion as against the consensus estimate of $3 billion.

However, the segment of the global market which includes Fixed Income and Equities trading saw net revenues of $4.90 billion which was down 32% year-on-year but both these sub-segments reported revenues above consensus estimates at $2.32 (fixed Income trading) and $2.58 (equities trading). Among the Geographical revenues: America accounted for 65% of the revenues, EMEA (Emerging Markets) accounted for 22% and Asia contributed to 13% of the Q2 revenues.

Board approves 60% increase in quarterly dividends from Q3

The U.S. Bank JPMorgan Chase (JPM) reported its second-quarter earnings during the week and both revenues and profits exceeded street expectations as the banking giant released its money which was set aside for the losses in loans that came in from the retail credit-card and mortgage reserves. The shares of the bank have gone up 24% this year before the quarterly results were announced.

Large reserve releases, solid investment banking (IB) performance and a modest rise in loan demand were the key growth drivers of the Company’s Q2 2021 results. Despite the modest rise in loan balance, the flattening of the yield curve and the low-interest-rate environment impacted the bank’s interest income.

In terms of Net Income, the overall performance of the company’s business segments was good as all segments except the Corporate segment reported improved net income on a year-on-year basis.

Under the Investment banking division: The Equity and Debt underwriting fees rose 9% and 26% respectively. Increased stellar deal-making activities during the quarter saw a 52% increase in advisory fees and the Investment Banking segment grew 25% year-on-year

Among the other positives seen during the quarter: The Assets and Wealth Management average loan balances grew 21% year-on-year. The Credit Card sales grew 51% reflecting the rising consumer confidence and the economic outlook for the bank.

Net Revenues on a reported basis was at $30.5 billion, down 8% year-on-year which was attributed to the fall in trading and mortgage banking fees and lower interest rates. However, the IB income was offsetting these losses and the company’s topline beats consensus estimates of $29.98 billion.

JP Morgan’s branch expansions, strategic buyouts and robust IB performance are likely to continue to support higher revenues for the bank going forward. The rise in loan balances is a major tailwind for the company as the economy reopens.

Businesses and consumers are likely to retain a careful approach with regards to their debt exposure as long as the Covid-19 battle continues but the banking sector will still benefit from wider net interest margins in case rising inflation numbers becomes more permanent and the Fed brings forward the next timeframes for interest rate hikes. Hence the current economic environment is likely to favour the banking sector in the coming quarters.

Valuations still look attractive for the big banks at current levels. The forward price to earnings ratios for the next year for the banks is still lower for JPMorgan (11.66x), Bank of America (13.8x), Citigroup (7.47x) and Wells Fargo (11.38x) which are all well below the price to earnings for the S&P 500 of 21.3x. Hence banking stocks are still relatively cheaper at current levels.