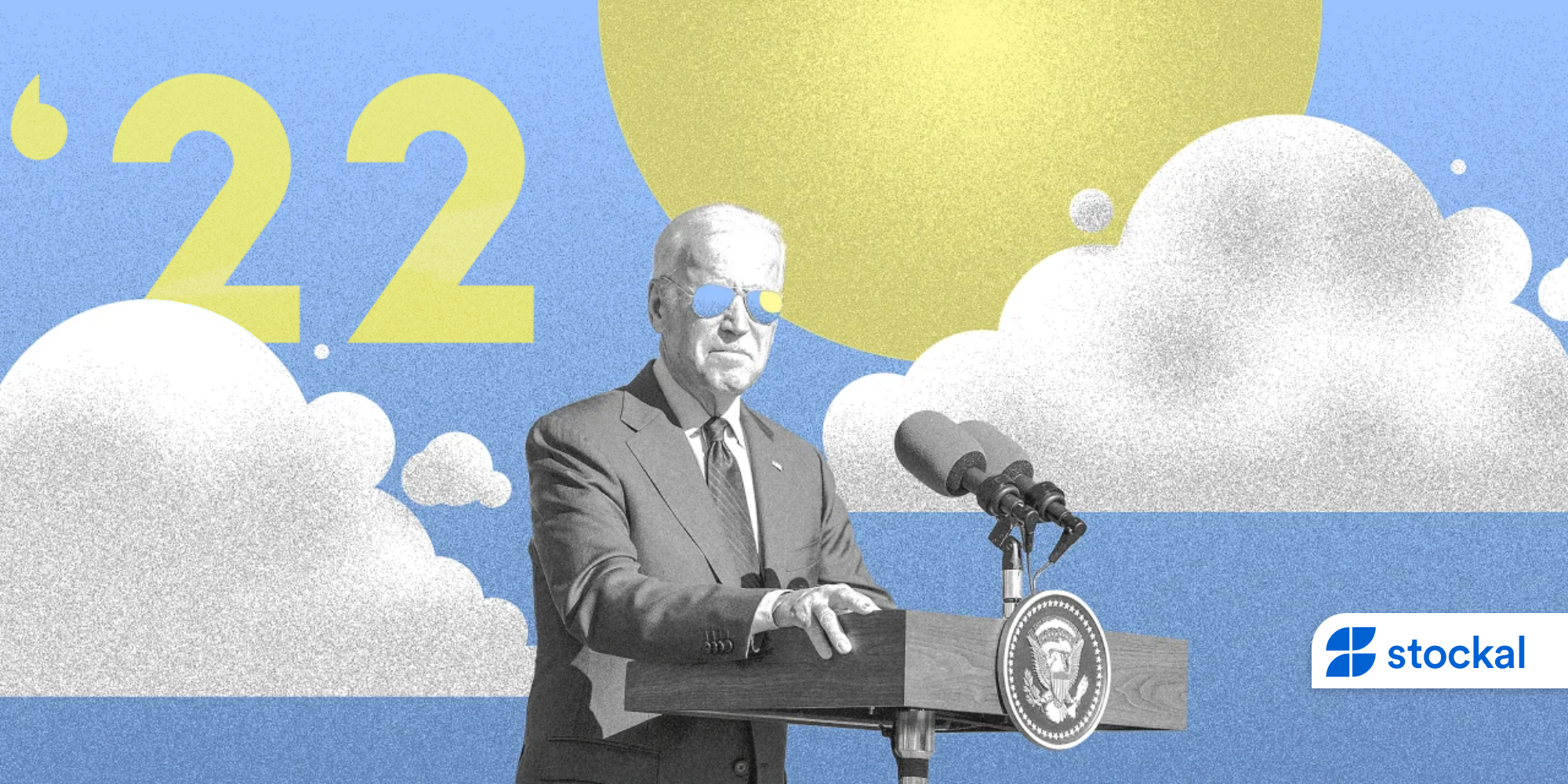 President Biden unveiled the long-awaited $6 trillion budget proposal for fiscal year 2022; laying out details of an increase in federal spending that seeks to transform the U.S. economy as the country emerges from the economic crisis. The budget in a bid to negotiate with the Congress calls for the most sustained period of spending in recent years which incorporates a $2.3 trillion infrastructure proposal and $1.8 trillion American Families Plan along with a request for Discretionary spending. Revenues for the same fiscal year to constitute about $4.17 trillion.

While the plan is only a blueprint, the administration’s fiscal priorities for spending and taxation for the fiscal year that begins October 1, 2021 is subject to Congressional debate, and  is likely to raise federal spending to $8.2 trillion per year by 2031. This implies an annual deficit of over $1.8 trillion in FY2022. (a sharp decrease from the past two years, however up from 2019 deficit levels of $984 billion)

The growth is driven by the President’s two-part agenda to upgrade the nation’s infrastructure along with substantially expanding the social safety net and combating climate change. Details of the Infra and Families Plan can be viewed here.

Data as on May 2021|Source: The White House Office of Management and Budget

Data as on May 29, 2021|Source: Office of Management and Budget, The White House

When we look at Biden’s proposal it would raise Federal Revenue as a portion of GDP from a baseline of 17.8% under current law to about 18.9% in 2030 and peaking to about 19.3% of the GDP in 2027. It is worth noting that many of the tax increases historically were temporary, while Biden’s tax plan would raise taxes for each year over the budget window and are intended as permanent tax changes (except for the temporary expansion of the Child Tax Credit). This would bring the country back up to a high point of revenue collection levels seen in 1998-2000, when the federal government collected about 19.3% of the GDP and peaked at 20% in 2000.

Exhibit 3: Federal Revenue as a Percentage of GDP

Data as of  May 2021| Source: Congressional Budget Office (CBO)

How would the administration pay for the hefty spending?

The President’s tax receipts which are estimated at $3.6 trillion in the ongoing fiscal 2021 will increase to $4.17 trillion in 2022 and gradually rise to $5.04 trillion in 2025 up to $6 trillion mark in 2029.The $4 trillion American Jobs Plan and the American Families Plan in the 2022 fiscal would be offset over a 15-year period by revised tax measures.

The tax proposals (revenues) for FY 2022 consists of the corporate, international, individual and investment tax proposals which are laid down as follows:

Data as on May 2021|Source: The White House Office of Management and Budget

In addition to the revenue raising proposals, the Budget also proposed for a number of tax credits for social programs and income support, including:

Added to this, the administration recommended over $300 billion of tax incentives for clean energy over the next 10 years which is positive to the clean energy sector as a whole.

How much is too much?

This year’s projected deficit would set a new record of $3.7 trillion largely attributed to a nationwide lockdown and the surge in U.S. government spending as the country combats the coronavirus pandemic. However, these figures are estimated to drop to $1.84 trillion in FY2022, still almost double the pre-pandemic levels.

Deficits are likely to average at $1.4 trillion per year over FY 2023-2031 as per the President’s budget plans which is an average of 4.9% of GDP and well above the 3% of GDP that economists have targeted as the upper band of the deficits.

Exhibit 5: Federal Deficits as a percentage of GDP (In the current proposal upto 2031)

The FY2022 budget proposal is likely to increase the U.S. federal debt-to-GDP ratio above its current level of about 100% over the next decade. However, it’s important to note that Biden’s budget plan comes in an environment when the interest rates are low which technically means that the interest burden to finance the federal debt is currently negative because the long-term Treasury yields of 1.6% is below the inflation rate.

Additionally, it’s the temporary period of spending and some of these increases will result in lower deficits and more tax revenues to support the expenditures and the federal deficit has drastically reduced from $3.6 trillion in FY2021 to $1.8 trillion in the proposed FY2022 budget.

The national debt is likely to breach the $30 trillion after more than $5 trillion in the already approved COVID-19 relief which will result in the government borrowing roughly 50 cents of every dollar it spends this year and next.

Exhibit 6: Debt as a percentage of GDP

Data as on May 29 2021|Source: Congressional Budget Office (CBO)

The debt held by the public is roughly equal to the sum of annual deficits and surpluses from prior years plus the Treasury’s cash balances and the outstanding federal loans.

Big deficits are said to lead to price pressures and a possible overheating of the economy. However, given the circumstances, a different economic plan citing lower borrowing costs, along with the proposed budget is called for. This would represent a positive impact on the American fiscal policy which will in turn contribute to long-term economic growth.Besides, the United States needs to get millions of Americans back on the job, and be at par with strong economic forces like China. The government of the United States projects the current Budget proposal will increase productivity and consumer spending, and is expected to eventually reduce the wide deficits in the next 10-15 years.

﻿All eyes on the Big Tech quarterly earnings this ...

Tech stocks have been on the roll with the second-quarter earnings season holding up well for the...

All you need to know about Robinhood IPO

Robinhood, the new face of investment that is most talked about on Wall Street, announced its pla...

Q2 Earnings season kicks off with the Big Banks le...

The largest U.S. banks reported their second-quarter earnings during the week and investors do no...

U.S. Equities among the best performing assets as ...

Benchmark U.S. indices surged higher in Q2 2021 with all the indices closing at an all-time high ...

Despite the global pandemic and resulting economic downturn, the global semiconductor industry re...