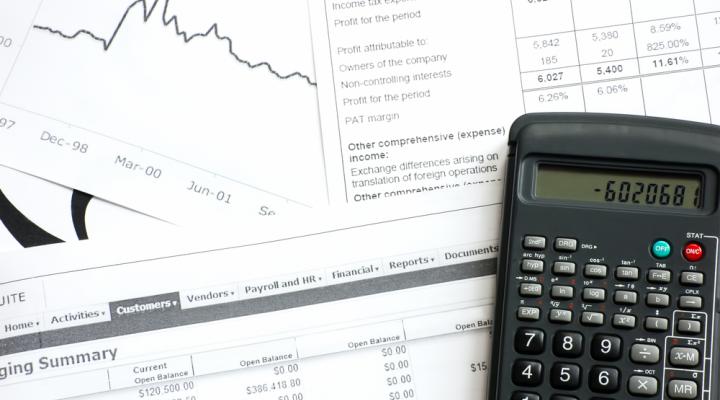 Electric car maker Tesla reported Q1 results during the week and the company beats Wallstreet expectations boosted by liquidating some bitcoins and a jump in environmental credit sales to other automakers.

The company reported record sales of 184,800 Model 3 and Model Y vehicle deliveries for the first quarter beating expectations despite global chip shortage slamming other auto rivals. Post the earnings, CEO Musk informed the company’s Model S sedans will likely be delivered to customers starting next month and the Model X deliveries to begin from the third quarter this year although the company stated that the global supply chain disruptions to remain a challenge in the coming quarters for Tesla.

The company posted profits for seven quarters in a row, largely driven by environmental credits. Tesla earns credits for exceeding emissions and fuel economy standards and usually sells them to other automakers that fall short and the company earned $518 mn from sales of such credits which was higher by 46% from the previous year. Tesla’s quarterly performance also hits the target qualifying Musk for two option payouts worth a combined $11bn. However, the net profit was lower by $299 mn and the shares of the company were down about 2% post results.

Tesla expressed Bitcoin as a long-term value for the company

Tesla, which had invested $1.5bn in bitcoin, trimmed its positions during the quarter by 10% and the proceeds from the sale of digital assets amounted to $272mn and the company expressed to hold the digital asset as a long-term value and continue to accumulate bitcoins from the customer transactions as they purchase vehicles.

The outbreak of COVID-19 and the growing trend of Work from Home saw a surge in demand of iPads, Macs and iPhones to increase the total Sales of the company by 53.6% to a record $89.54bn and Net Income grew by 110% to $23.63bn while the net profit margins increased to 26% from earlier 19%.

The company also declared a dividend of 0.22 USD.

Exhibit 2: Segment-wise revenue for the quarter, 2021

Region-wise growth saw the growth of business in international markets which accounted for 67% and the demand for Apple Products in the Asian Pacific Region increased by 94% and Greater China increased by 87%.

40 million increased subscriber base for the quarter

The company has over 660 million paid subscriptions across the services on the platform which is up 40 million from the previous quarter.

The company also launched a new product in the form of AirTag, a tracking device, which is available on the company’s site. Analysts expect strong quarters to continue as more economies open up.

Amazon’s sales soar higher by 44% buoyed by the pandemic

The e-commerce giant beat market expectations for Q1 earnings and revenue on the back of sustained demand. The shares of the company rose about 3.5% in after-hour trading post the results.

Amazon benefited from the pandemic-fuel surge in online shopping boosting the company’s revenues and earnings.

Amazon’s Q1 is usually slower than the year-end results which are aided by year-end holiday shopping sales. However, the company posted higher revenues of $108.52 for Q1 up by 44% y-o-y as the consumers flocked to online shopping during the pandemic. The stock rose 76% in 2020.

Exhibit 2: Segment-wise revenues for the quarter, 2021

Amazon’s cloud –computing and advertising business continue to boom. Amazon Web Services (AWS) the business line which rents server capacity and software tools to other companies saw net sales of $13.5bn during the quarter which was up 32% year over year.

Other Category which includes advertising sales saw a growth of 77% year-on-year to $6.9bn.

The company expects momentum to continue in Q2 which would help investors to keep away their fears that business could slowdown in the post-pandemic environment. Amazon expects to post revenues between $110bn-$116bn surpassing Wallstreet’s projection of $108.6 bn and mark three consecutive quarters with more than $100bn in revenue. The company plans its annual two-day discount bonanza,  in June 2021 which is likely to help increase revenues for the second quarter.

Facebook revenue grew by over 48% to $26.17bn for the quarter. The company attributes its massive revenue growth to a 30% increase in the average price per ad. The stock was up over 6% after the company’s strong earnings which beat Wallstreet analysts’ estimates.

The company also announced that it has more than 1 billion monthly active users who visit the company’s Marketplace service where the users buy and sell goods.

The company reported its revenue growth to remain stable or accelerate modestly in Q2 2021 as compared to a slower growth a year prior to the pandemic and reiterates the company’s focus on building e-commerce features as the key to deliver personalized experience to users.  The company expects its 2021 capital expenditure to be between $19bn -$21bn.

The company posted a 19% annualized revenue growth for the quarter largely driven by the gains in PC sales which was a result of the pandemic driven shortage in 2020. It is the company’s biggest quarterly increase since 2018. The stock is up 18% year-to-date.

The company’s cloud business Azure grew by 50% higher than the 46% expected by analysts.

The productivity and Business Process segment which contains Office, Dynamics and LinkedIn delivered $13.55bn in revenue for the quarter- up 15% year-on-year.

Personal computing unit added $13.04bn in revenue higher than the analyst estimates of $12.55bn up 19% year-on-year. However, the overall operating margin was slightly lower at 40.9% year-on-year from the previous 41.6%.

Exhibit 1: Products and services growth for 2021

Added to this is the LinkedIn’s advertising business which added $3bn in revenue for the last 12mnths. Additionally, the CEO also mentioned that there are over 1.3bn monthly active devices running the Windows 10 operating system.

The company expects revenues for the next quarter to grow at $43.6bn-$44.5bn which is higher than the $42.98bn analysts estimates for the quarter.

The Company’s revenue rose 34% year-on-year to $55.31bn of which advertising revenue came in at $44.68bn which was 32.3% higher during the quarter making it the fastest annualized growth rate in the last four years.

Additionally, the board approved an additional stock repurchase of up to $50bn.

Cloud revenue: $4.05bn in line with expectations (higher by 46% year-on-year)

Data as on April 2021, Company Financials