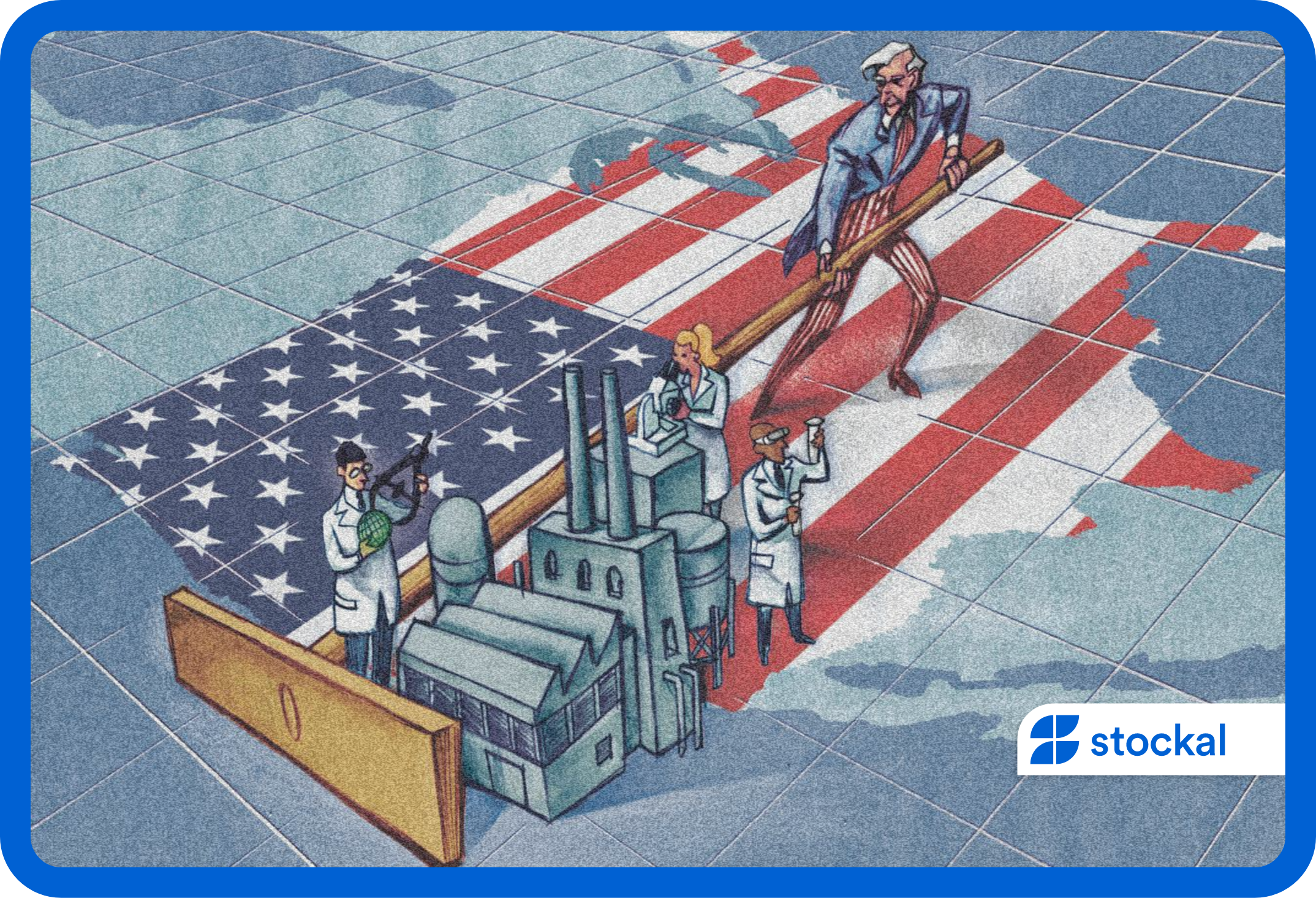 The U.S. industrial sector is all set for lift-off after a sluggish first half of the year due to the geopolitical tensions in eastern Europe. We have already started seeing the signs of a rebound as the S&P 500 Industrials is up nearly 4% since the beginning of July 2022, outperforming the major S&P 500 index, which is up only 3%.

Companies involved in manufacturing machinery, equipment and supplies used in construction activities are a part of the industrial sector. Few of the top companies in this sector are Lockheed Martin (LMT), Honeywell International Inc. (HON) and 3M Company (MMM). They are also some of the top constituents in the S&P 500 Industrials index.

The role of the industrial sector in the U.S. economy

The industrial sector has a significant impact on the overall U.S. economy. The sector, including construction, accounts for almost a fifth of the country’s total GDP. The manufacturing sector alone accounts for $2.3 trillion, accounting for almost 11% of the country’s total GDP. The sector employs around 12 million people, comprising 8% of the direct employment in the United States.

Exhibit 2: Impact of the Manufacturing Sector on the U.S. Economy 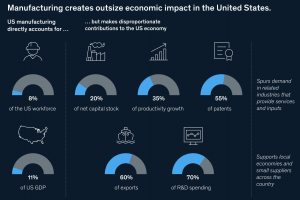 However, in recent decades, the United States has lost its leading position to China as the world’s leading manufacturer. The U.S. share of global manufacturing output and gross sales have fallen. 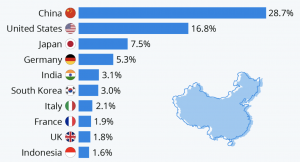 Industrial sector includes some of the oldest and widely recognised public companies. One of the three major U.S. stock market indexes – the Dow Jones Industrial Average – borrows its name from the sector that supports the U.S. economy.

The strongest companies in the industrial sector have the following business characteristics: 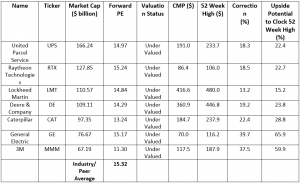 In the near term, the industrial sector faces challenges from a potential slowdown in global economic activity due to rising inflation and supply chain bottlenecks. However, many industrial companies have established businesses with a proven track record of successfully manoeuvring during the economic cycle of boom and bust. They are also poised to gain from increased public spending on national infrastructure as the Biden Administration passed a $1.2 trillion Infrastructure Bill last November.  Nevertheless, given the cyclical nature of the industrial sector and the current volatility in the markets, buying and holding onto stocks seems like an appropriate strategy while the power of compounding works its magic!